AZ Asks: Carrot Concept on Collaboration
The Salvadoran collective talks to Azure's Elizabeth Pagliacolo about the value of working as a team. This is the first in a five-part series, coinciding with our October 2013 print feature exploring the alternative ways designers are getting their stuff made and distributed. 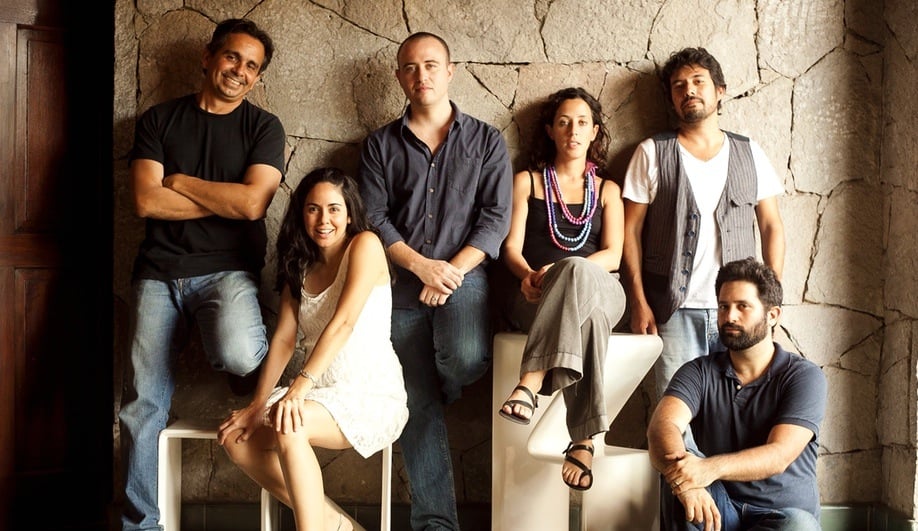 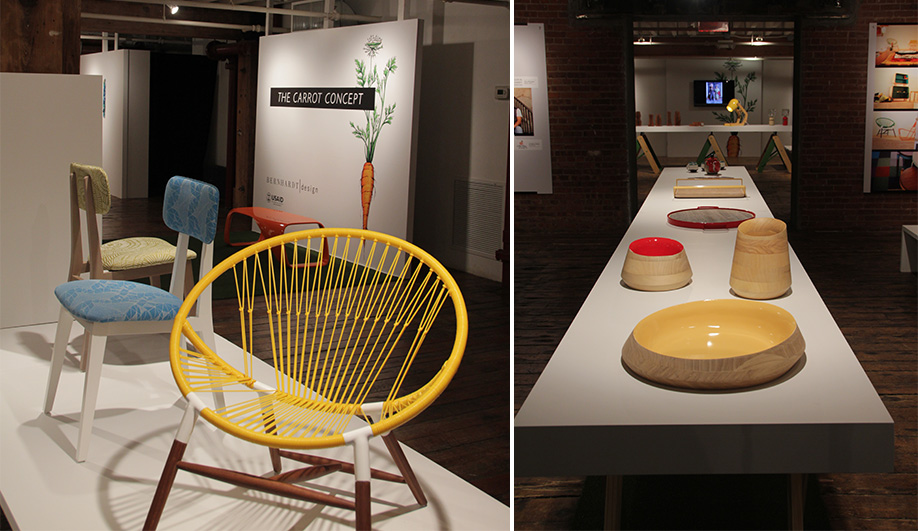 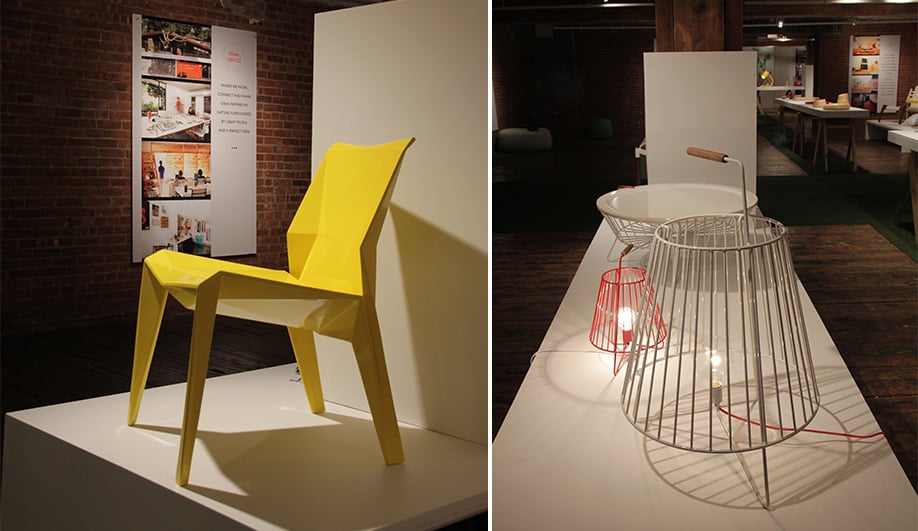 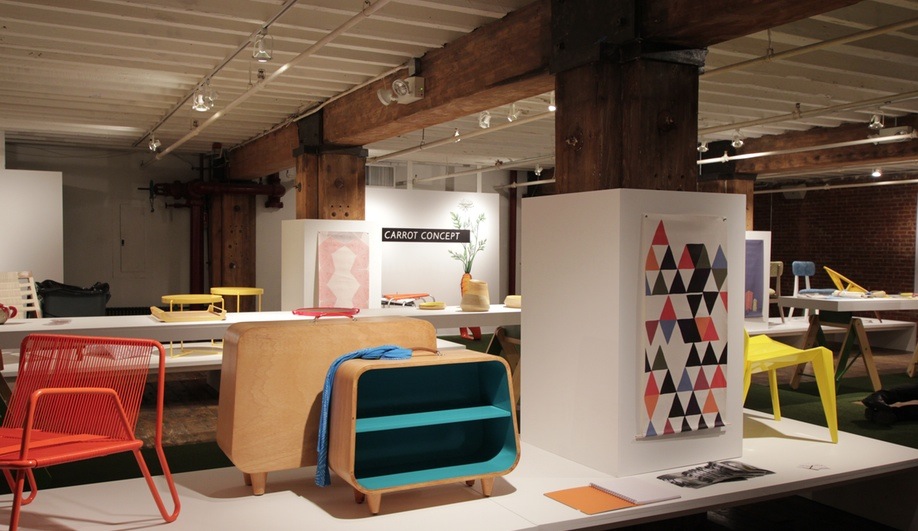 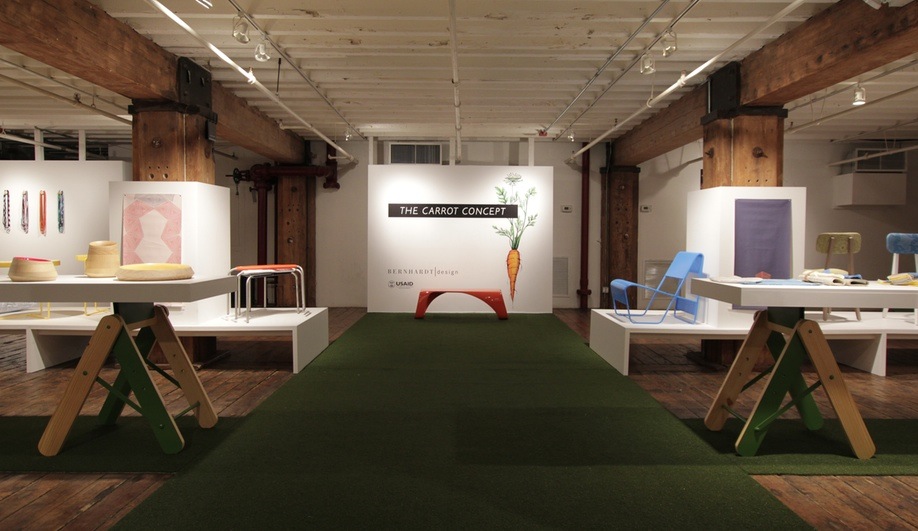 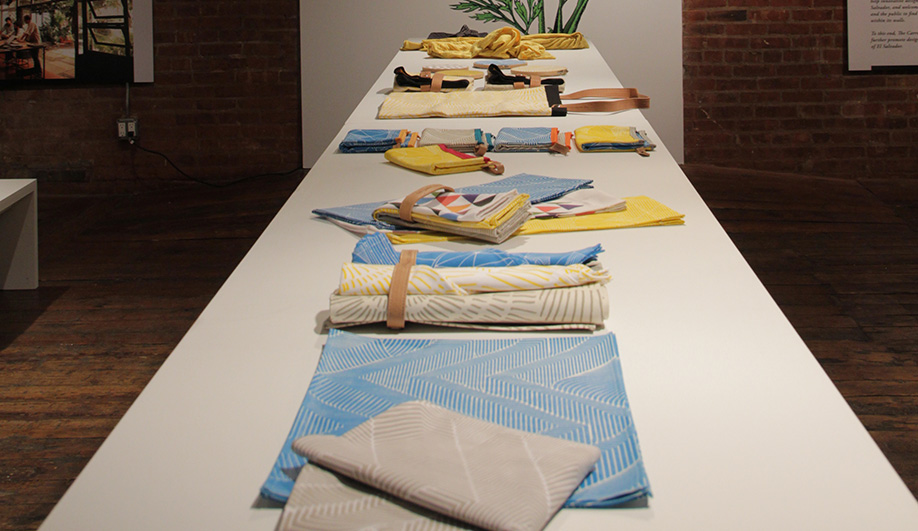 Last May, during New York Design Week, one exhibit stood out above the rest. At WantedDesign, an entire space was devoted to the vibrant graphic textiles, colourful outdoor furnishings and exuberantly lacquered vases and light fixtures of the Salvadoran collective Carrot Concept. By exhibiting their work together (in a showcase presented by Bernhardt Design), the participating designers, studios and small-batch manufacturers benefitted from their strength in numbers, and also encapsulated where El Salvador design is at.

Co-founded by Guillermo Altamirano, Josefina Alvarez, Roberto Dumont, Jose Roberto Paredes, and the husband-wife duo Claudia & Harry Washington, Carrot Concept is a multi-pronged endeavour. The name refers both to the San Salvador cultural centre and shop where the collective works – a space that is open to all – and to the furniture collection it produces. We spoke to Harry Washington about how the collective works, and what makes this social network a viable strategy for designers hoping to break into the design market.

AZURE: How did Carrot Concept start?

Harry Washington: The trigger for everything was a furniture and lighting design contest called CONTEMPO, which had its first exhibit in 2007 and is now a biannual event. It was the first initiative ever to promote design in our country. Most of the co-founders of The Carrot Concept have participated in this contest, but the problem was that after the award mentions, there was no way of selling your product. The price was an opportunity of exhibiting at ICFF, but at the return of each fair, the problem that we encountered was that if we received quotes, they were made individually for each designer. Logistics and exporting became too complicated for any one designer to handle.

AZ: So you decided to pool your resources.

HW: A group of us designers this past year decided to finalize an idea we’d been tossing around since 2008, after the first contest – creating a platform for commercializing Salvadoran design. With this platform, we could sell our products here, but if given the opportunity of selling internationally, logistics and exporting became a bit simpler, in a sense that we did not have to fill up a container with just one product or just for one retailer. We could consolidate efforts and unite for one complementary objective.

AZ: The Carrot Concept is also a place – an actual centre and a shop out of which the collective works and sells their furniture.

HW: Yes, the Carrot Concept is a cultural centre, but not just for designers. The idea behind it was to reach a wider audience of people that have an interest or notion of design and art. It is located in San Benito, a very important area of San Salvador where there is a lot of cultural and economic activity, as well as the Museum of Art (MARTE), hotels, restaurants, bars, and art galleries. We try to have events, like independent film showcases, bazaars, parties, TV filmings for specific shows that target our audiences, etc.

AZ: How else does Carrot Concept promote Salvadoran design, beyond the group itself?

HW: After we set up the store, we noticed that it was also a great opportunity to involve the community and start to educate; to get them involved and interested in design. So, at the beginning it was just an idea to get some income, but then we figured it was also a perfect way of getting people that knew little about design “started” on Salvadoran design.

AZ: Can other Salvadoran designers get their work produced and/or promoted through The Carrot Concept? How exactly does it all come together on a practical level?

The store is a quick way for a designer to exhibit and sell a product for which they already have an adequate way of production. Usually, a designer approaches us, and if the product meets our aesthetics and does not need any modification to meet our quality standards, it goes right into the store. If the product meets the aesthetics requirements, but needs modifications, then it will go through a mentoring process until it’s ready to be manufactured and sold.

Then, there’s the Carrot Concept Collection: The process to be a part of this would be the same as any other manufacturing company, with the limit that we promote Salvadoran design and manufacturing. We usually receive ideas by the traditional means (e-mail or our Facebook page) and we select only the best ones to proceed to the research process. Since our market target is exports, we do a great deal of research of this market before we make a decision on an specific product launch.

AZ: What other networks do you tap to bring a product to market?

HW: Our resources are limited but we do take advantage of our prestigious design network. CONTEMPO, this year, will be a perfect example of this situation, since judges like Jerry Helling (of Bernhardt Design), Derek Chen (Council Design), Cutu Mazuelos (Stone Designs) will jury the exhibited pieces that will later be considered for The Carrot Concept Collection.

AZ: What are the challenges and benefits of working collectively?

HW: Having all the studios share space in a house gives us the opportunity of communicating in a more effective way. Since we are indeed following one same ideal, our projects, when they need to, can share a complementary vision. We have different abilities and practices, some do architecture, others products and interiors, or graphic design. We try to get our studios involved whenever we can, in each of our clients’ projects; that way, our projects have more impact and we can teach the importance of a multidisciplinary design involvement. Also, we do participate as a design think tank for companies in need of a specific products or solutions.

Carrot Concept is featured in our October 2013 story “We Made It” (page 94), the precursor to our five-part online interview series. Next week, designer Luca Nichetto discusses his new collection with Oki Sato of Nendo – and how the duo made their products first, and found the manufacturers later.