AZ Asks: Luca Nichetto on Designer-Led Manufacturing
Italian designer Luca Nichetto talks to Azure‘s Catherine Osborne about the changing roles of designers and manufacturers. This is the second in a five-part series, coinciding with our October 2013 print feature on alternative ways designers are getting their stuff made. 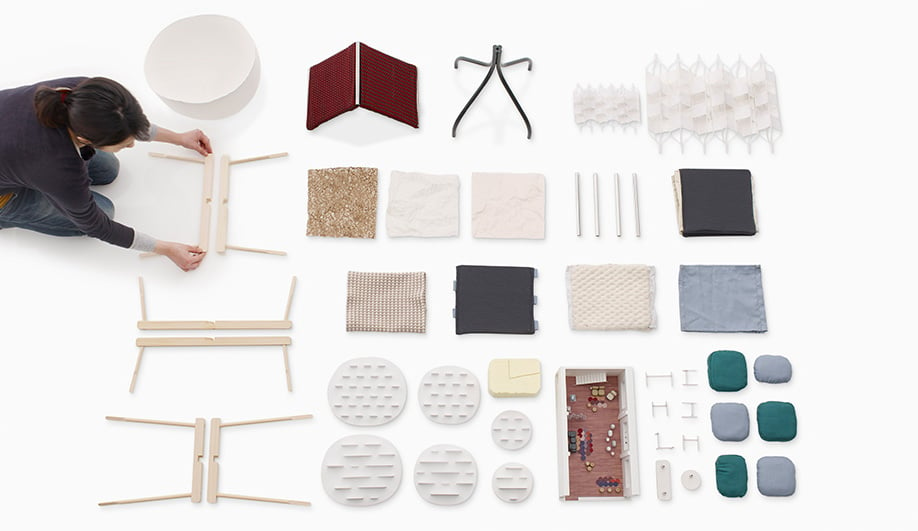 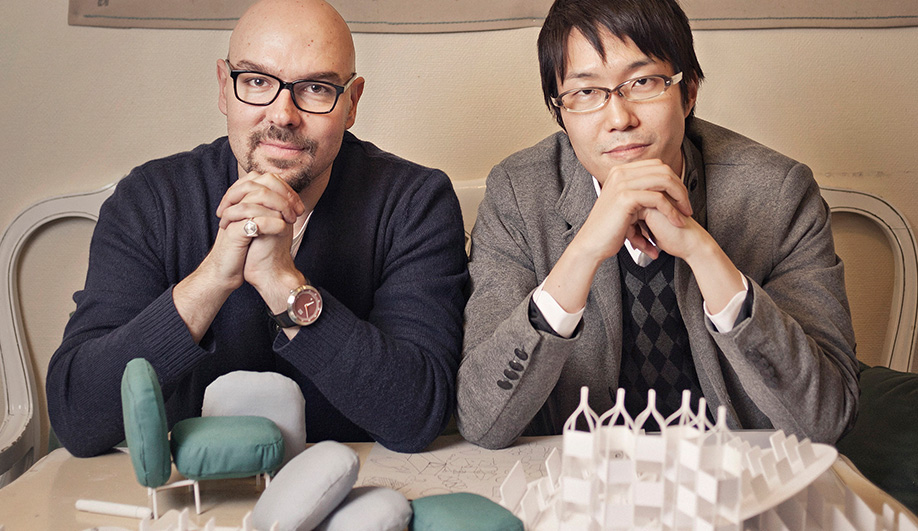 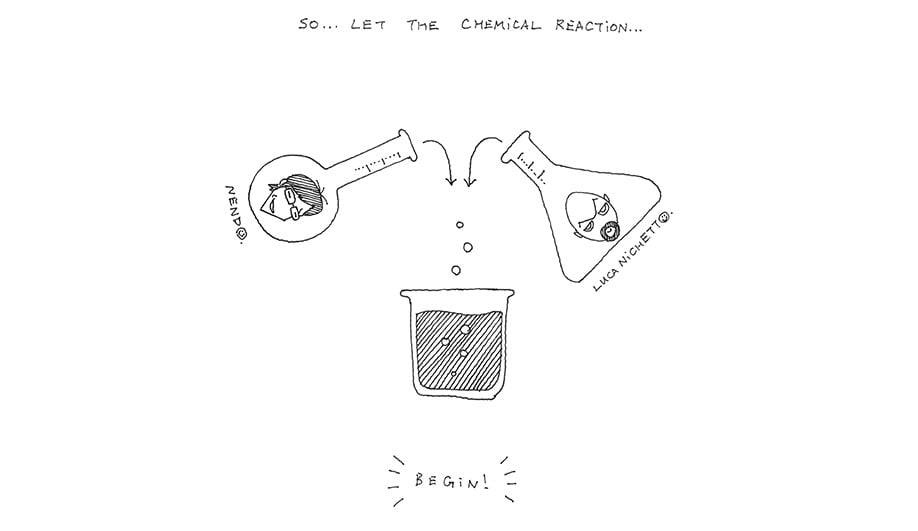 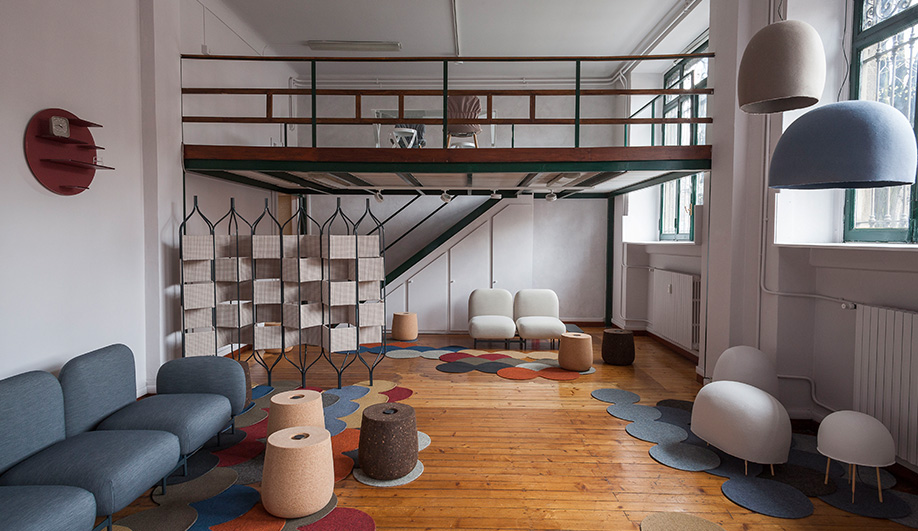 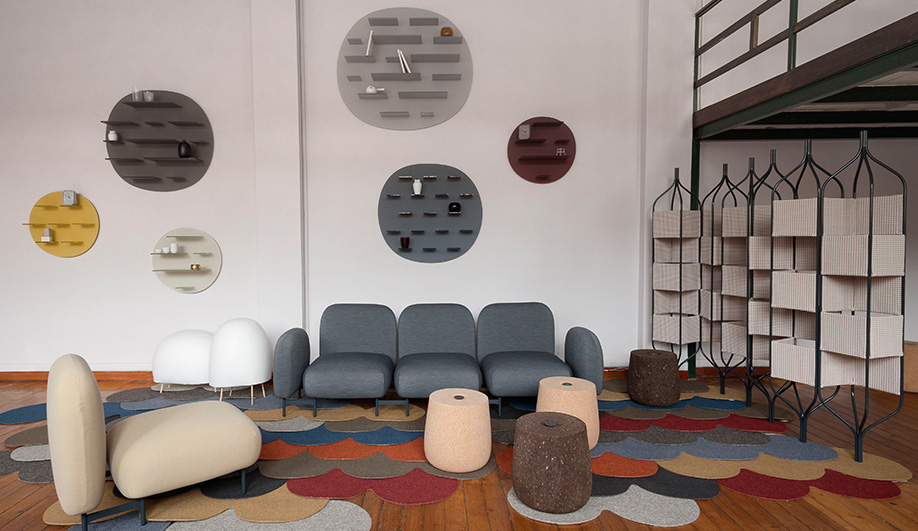 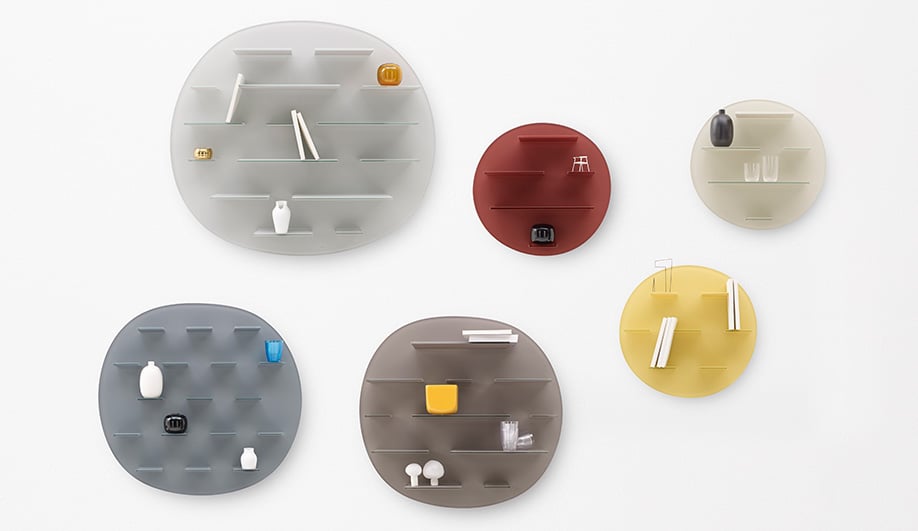 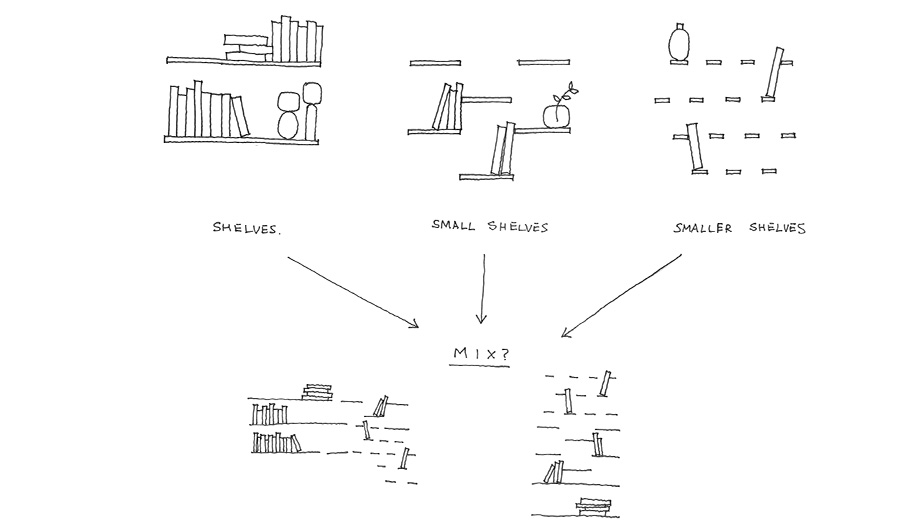 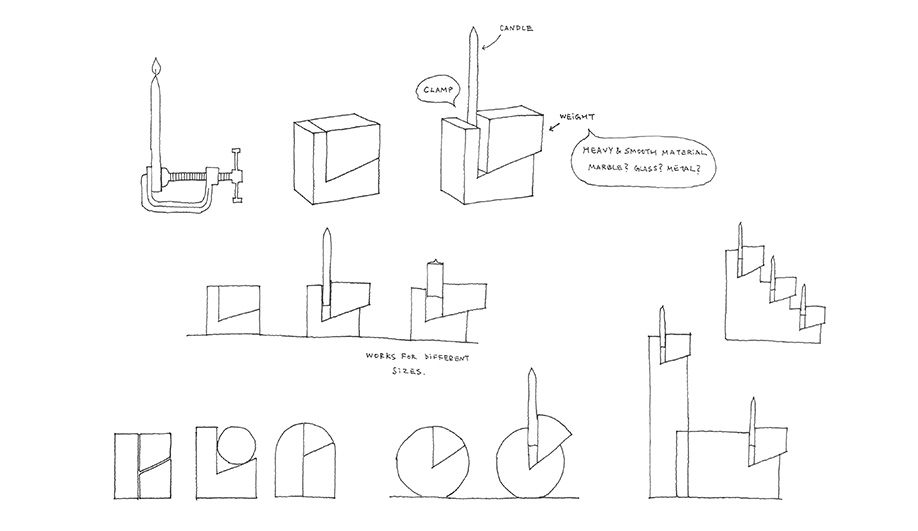 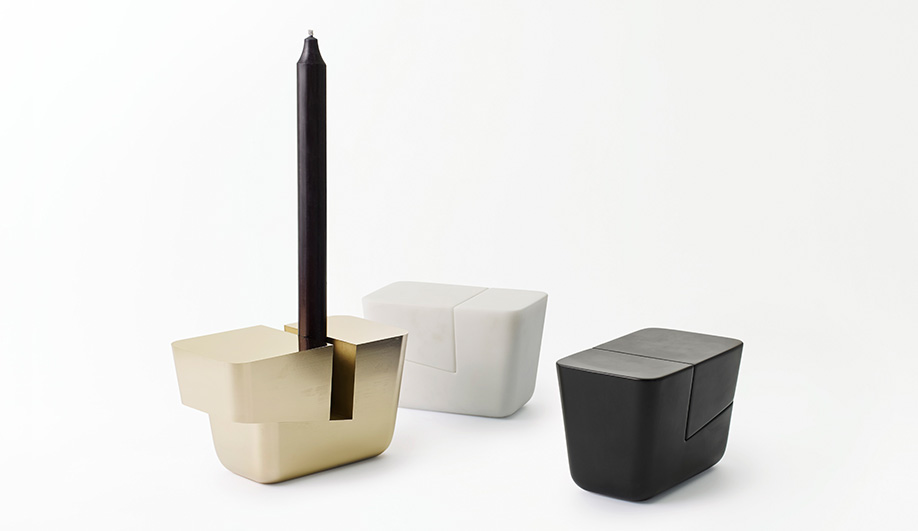 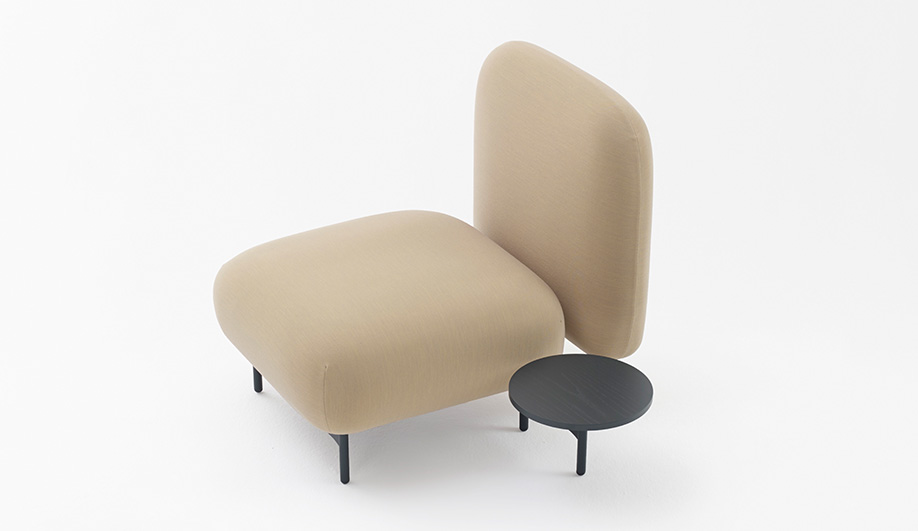 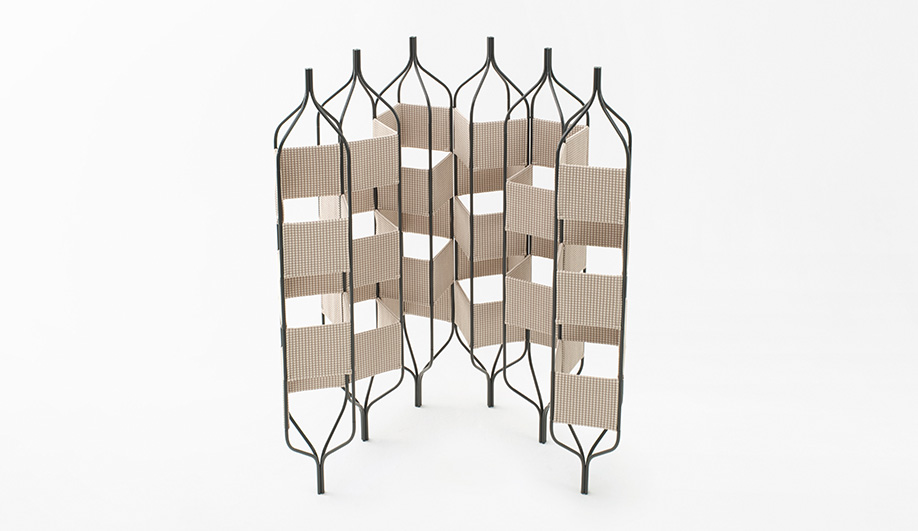 Italy’s Luca Nichetto and Tokyo’s Oki Sato (of Nendo) are both superstars in their own rights, but when the two first met over coffee in Stockholm last year, they immediately connected as creative minds with more ideas than outlets. They also recognized the furniture industry, especially in Italy, is now at a crossroads. The old route of designing products based on a manufacturer’s brief is giving way to a more entrepreneurial and collaborative approach. For fun, they decided to work together on a series of prototypes, designed via doodles and handwritten notes, which they emailed back and forth between Tokyo and Stockholm, where Nichetto is now based.

The result was Nichetto=Nendo, a seven-piece collection of furniture and accessories that launched in prototype form in Milan this spring. The point of the exhibit, says Nichetto, was to find out what can be made when creativity is at the forefront.

AZURE: What motivated you to do Nichetto=Nendo and exhibit it during Milan Design Week?

Luca Nichetto: It was an opportunity to share what we were doing with other designers. In my view, to be a designer at this moment is not about proposing your stuff to manufacturers or following their traditions. It is about inventing news way to collaborate and to show others there is another way of doing things.

For me, and I think for Oki, too, it was a privilege to do this because we both have good reputations right now and we have access to companies that will support us. But I think it also exposed to those companies that the world is changing. Designers are creative suppliers, but they can also be another kind of partner that can propose new ways to produce and make products. I think this realization is very important right now.

AZ: How did the exhibit do? Are any of the prototypes going into production?

LN: Shelves in a Comic is going into production with Glas Italia, and Casamania is producing the sofa, Bridges of Islands. But that wasn’t our goal. We wanted to show that two designers can work together, have fun, and that they can work without a brief.

We had the freedom to decide what kind of brief we wanted. The main thing we learned is the power of the internet. I am based in Stockholm and Venice, and Oki is in Tokyo, so we sent tons of messages and sketches back and forth, and in three months we were able to do this entire collection.

For me, it was, like, wow, you really can be far apart geographically, but at the same time perfectly connected. It showed me that you can work with a company in Italy or Denmark, but you can also find a fantastic company in Australia or South Africa.

I was skeptical before, but I’m more optimistic now. Nendo is a big studio, and I have a small studio, yet these differences were compatible and it brought various skills together. It showed me that a large commission could be done among many studios all over the world. It’s very much like the music industry, when bands decide to tour together and the result is usually amazing.

AZ: Don’t egos get in the way?

LN: You need to respect your colleagues and your big ego – and we all have big egos. My dream is to do a boutique hotel and choose other colleagues to work on it together. I think this would be good for the client too, because there would be multiple visions and possibilities and this reflects how the world is changing. For instance, in the residential market, people don’t want to have just one brand; people love to have different pieces, like an Ikea piece that matches perfectly with a piece of furniture from Cassina, or with a Baccarat chandelier. This is what I’m describing.

LN: For the past two decades, Italian design companies have been catering to the luxury market, and in that, they have lost the real mission of design, in my opinion, which is to work for the middle class. You can work for the super rich, of course, but in the end it is the middle class that will have taste and some money to buy design pieces, and they are the class that helps with distribution because they are a bigger market. Danish brands, like Muuto or Hay, are filling this gap and they are growing. They are making good products and while the quality isn’t the same as in Italy, it is still very good.

AZ: Would you say Italian manufacturing is out of step?

LN: I see it as the end of an era. It’s an old business model that no longer works. Design isn’t patient.

AZ: A lot of designers are now working outside the traditional way. They are being much more entrepreneurial by using Kickstarter to fund their projects, or taking advantage of 3-D printing to produce their own products. They’re essentially cutting out the manufacturer. Is this the new model?

LN: That’s a North American model, in my opinion. Companies like Facebook and Google, where young people with fantastic minds turn ideas into American dreams is one way of working. But I’m not sure this is for everybody. In Europe, there are designers who have their own companies, like Tom Dixon. He was a designer and then he became a brand. This is one possible direction, though you need to be a person who has two distinctive skill sets: one is to be creative, and the other is to be really business oriented. Normally, these two things don’t exist in the same person. I’m sure that at least 95 per cent of creative people aren’t business minded, so if you go the Kickstarter route, you really need to be someone who can take care of business. Otherwise, it won’t work.

Luca Nichetto will deliver a keynote at IIDEX Canada in Toronto on Thursday, September 26. He is also featured in our October 2013 story ”We Made It” (page 94), the precursor to our five-part online interview series. Next week, London, U.K. studio Brose Fogale will discuss crowd-funding.