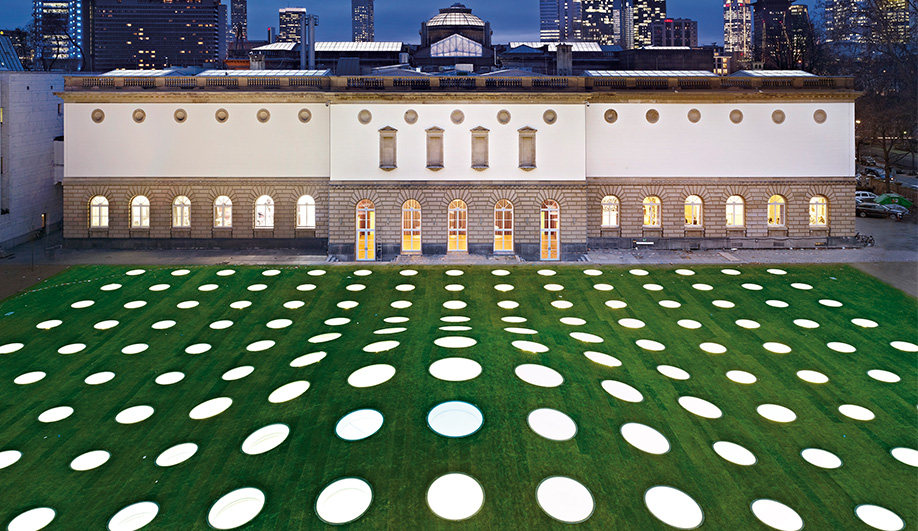 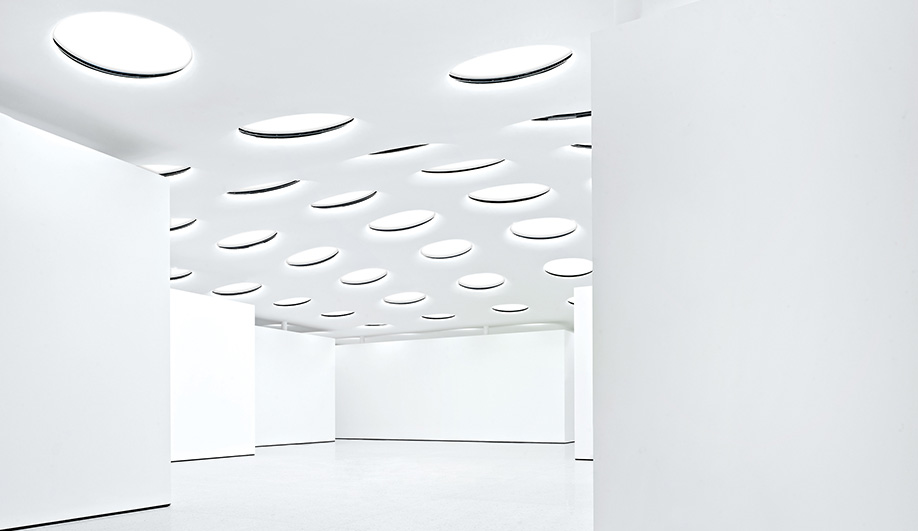 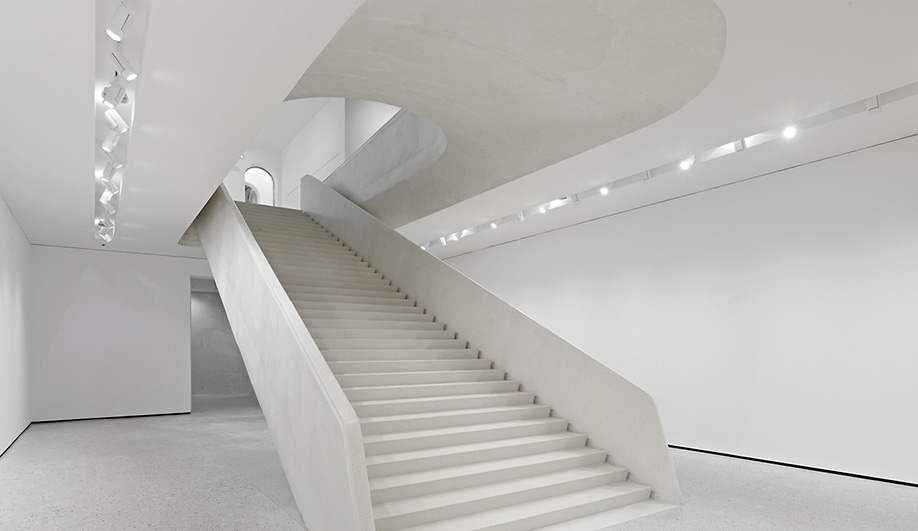 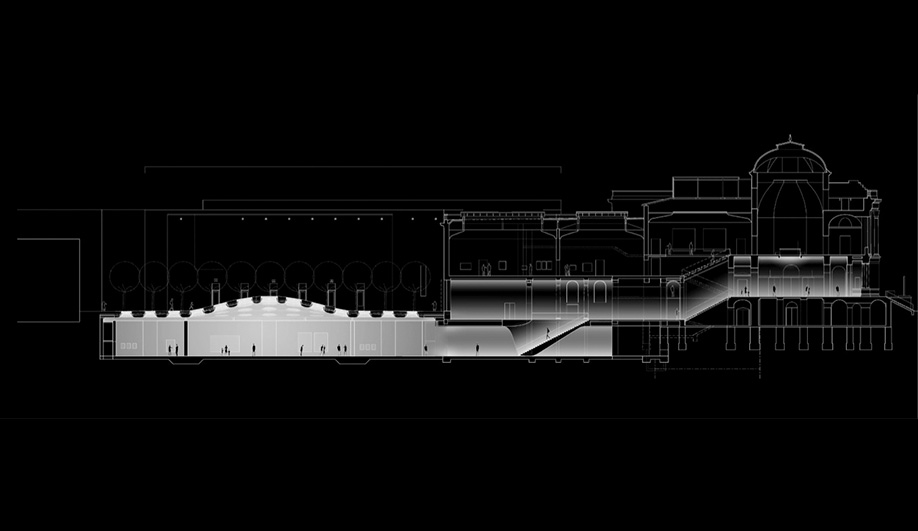 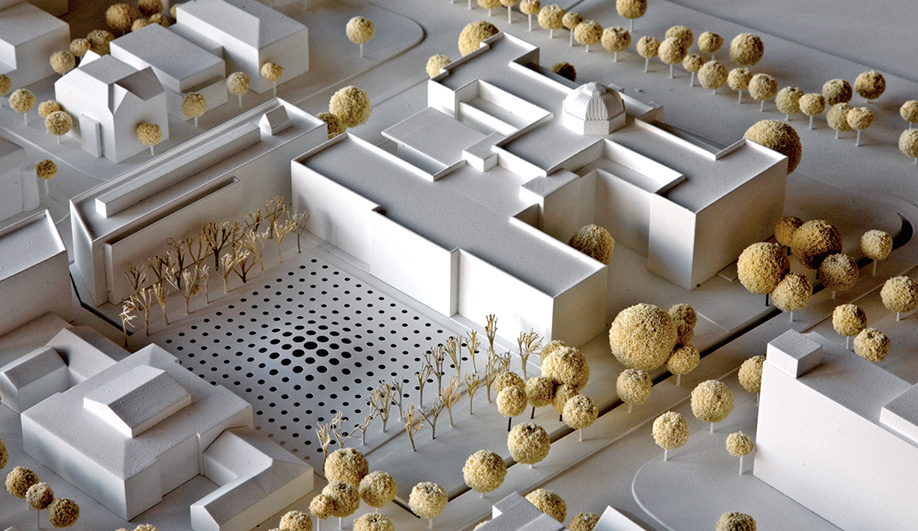 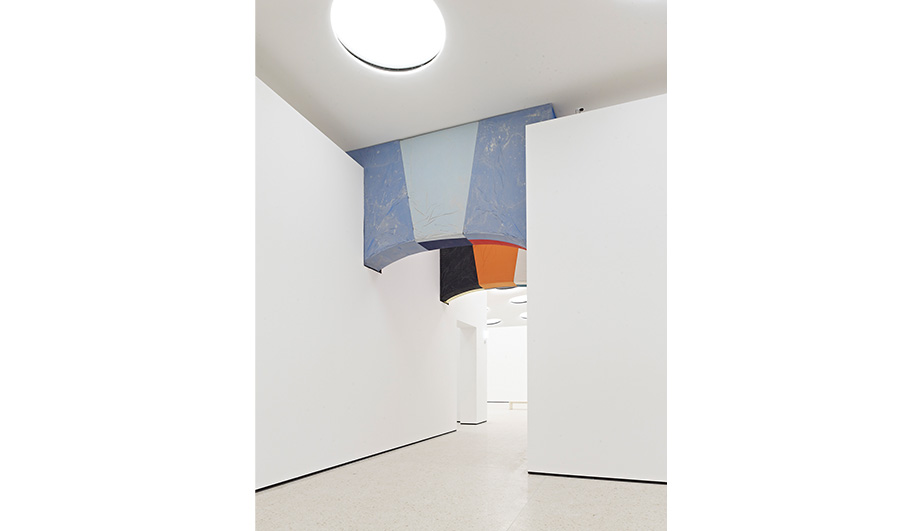 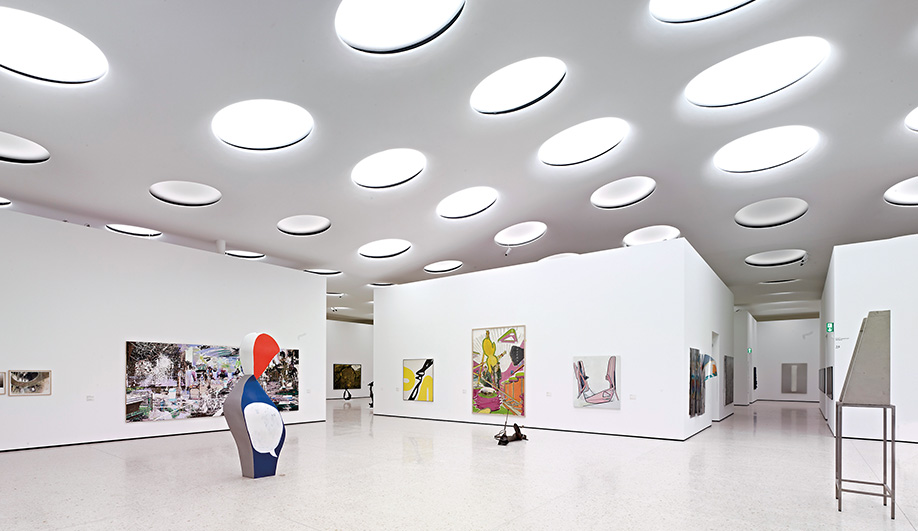 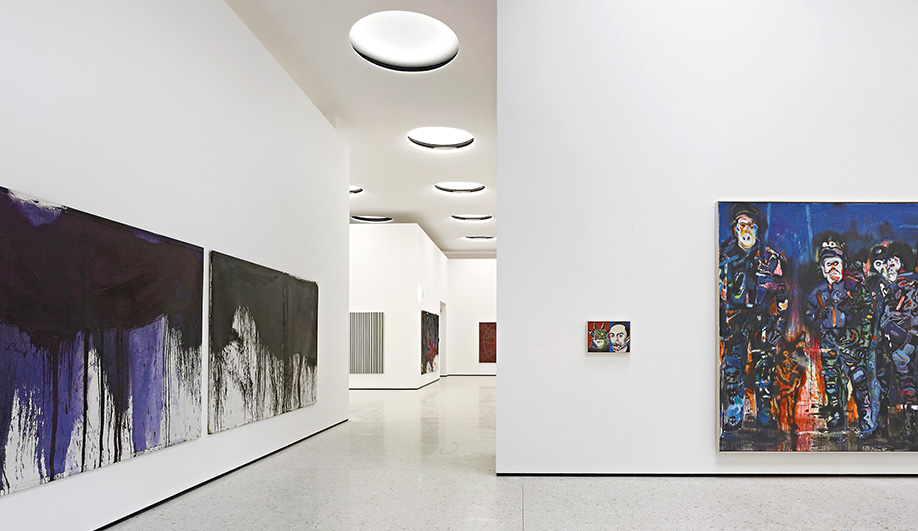 The last thing you might expect from a museum seeking to build a new wing and draw in crowds is a building that can’t be seen. Yet that’s what Schneider + Schumacher proposed for a new 3,000-square-metre gallery at the Städel Museum in Frankfurt, Germany. Rather than erecting another structure, the firm suggested preserving the museum’s green courtyard and tucking the gallery below it. The main element that ties it all together is a grid of circles, installed into the garden’s domed concrete slab, which ushers sunlight into underground spaces. Dazzled by the illuminated concept, the museum rightly chose this ambitious scheme over proposals by such big-name firms as Sanaa and UN Studio.

Beyond creating dramatic graphic effects inside and out, the 195 sky­lights serve a multitude of functions. Working with Bonn lighting engineers at Licht Kunst Licht, the firm designed them in two diameters: 1.5 metres for the quad’s outer edges, and 2.5 metres on the central hill. Each skylight is topped in anti-slip ceramic frit, so visitors can walk all over them, and recessed to house sensor-activated mechanisms. On bright days, louvres block direct rays or go pitch black, to protect the artworks, while hanging spotlight fixtures draw attention to particular pieces, and a stretch fabric diffuser scatters the light evenly. As well as giving one of Germany’s most prized museums a new gallery and conserving green space in the heart of Frankfurt, this project has turned the museum itself into a daring work of art.

THE FIRMS Till Schneider and Michael Schumacher of Schneider + Schumacher have produced a stellar portfolio of public and private works since launching their firm in 1989. They now operate three offices, in Frankfurt, Vienna and Tianjin, China. Licht Kunst Licht, formed in 1991 with offices in Bonn and Berlin, has illuminated over 300 projects around the globe with both artificial and daylight plans.

What the jury said:
“There is a logic and beauty to the idea of taking sunlight and allowing it – not forcing it – into a gallery space, and letting the time of day and seasonal changes be part of the experience.”
– Todd Bracher, Todd Bracher Studio