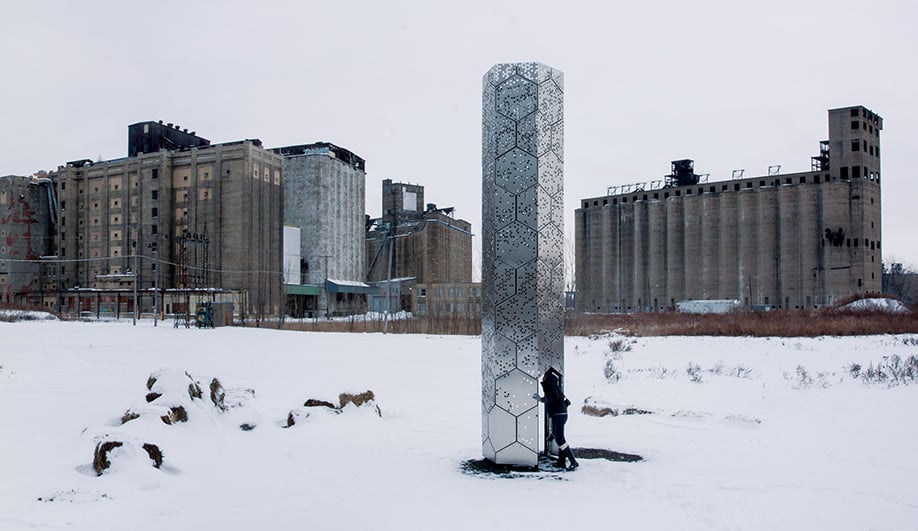 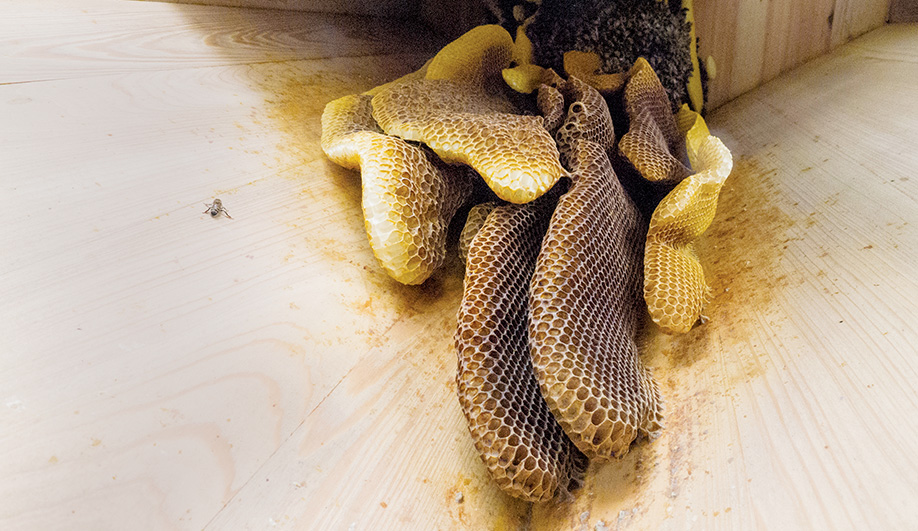 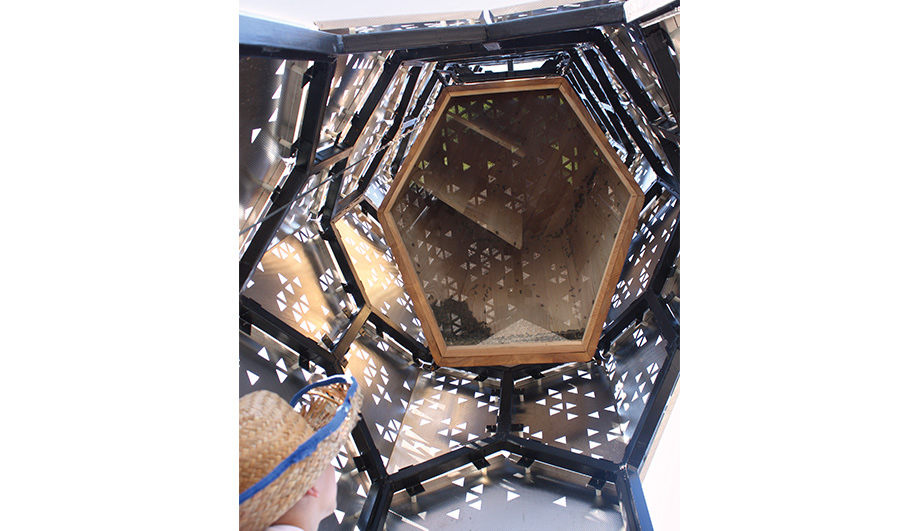 The demise of bees may be avoidable if ingenious projects such as Elevator B start to populate fields and barren lands. The 6.7‑metre-tall hexagonal tower, made of perforated stainless steel panels, is home to a colony of honeybees that is busily making thick honeycombs inside a cypress box nestled within the top portion of the structure. Finished with a laminated glass bottom, the “bee cab” can be observed by walking into the base of the tower and looking up. It can also be lowered via a pulley system, giving beekeepers access to check in on progress and, presumably, gather the harvest.

The project was born when Rick Smith, the owner of a cluster of disused grain elevators in Buffalo, New York, discovered a massive hive wedged between windowpanes in one of the site’s vacant buildings. Rather than destroy it, he challenged architecture students from the University at Buffalo to come up with a new home for the colony that would also enlighten visitors to the frailty of bee culture. Using parametric software, the students came up with a shimmering hexagonal form that provides protection from the wind while allowing for solar gain in the winter and shade in the summer. The bees enter and leave through three small holes drilled into the side of the cab.

To populate Elevator B, a local apiarist was brought in to gently extract 5,000 bees and their queen from the original combs, using a standard industrial vacuum, and then inserting the combs into the tower. The bees quickly went to work building up their new domicile, which has been open to the public since June 2012. They remain unfazed by the countless visitors, including schoolchildren and nature photographers, who now drop by for a look.

THE DESIGNERS Elevator B’s success can be credited to a winning collaboration between the site’s owner, Rick Smith, and graduate students from the University at Buffalo School of Architecture and Planning: Courtney Creenan, Kyle Mastalinski, Daniel Nead, Scott Selin and Lisa Stern. Assistance was provided by faculty advisers, structural engineers, beekeepers, and Rigidized Metals, manufacturer of the perfor­ated panels.

What the jury said:
“Design is often about your own interpretation of something, but this project is not about the designers; it’s all about the bees. It’s wonderfully selfless and executed perfectly.”
– Todd Bracher, Todd Bracher Studio

SHARE
Twitter, Facebook, LinkedIn, Pinterest, Email
TAGS
AZ Awards, Residential,
AZURE is an independent magazine working to bring you the best in design, architecture and interiors. We rely on advertising revenue to support the creative content on our site. Please consider whitelisting our site in your settings, or pausing your adblocker while stopping by.