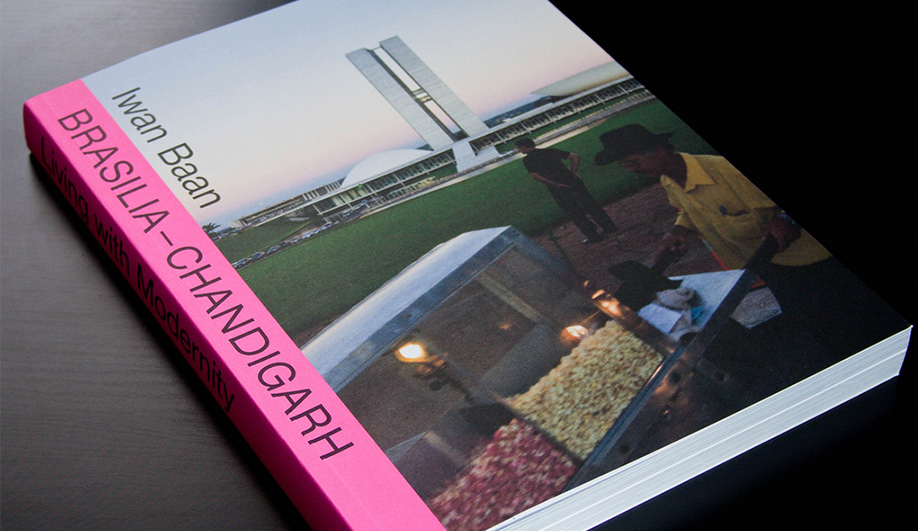 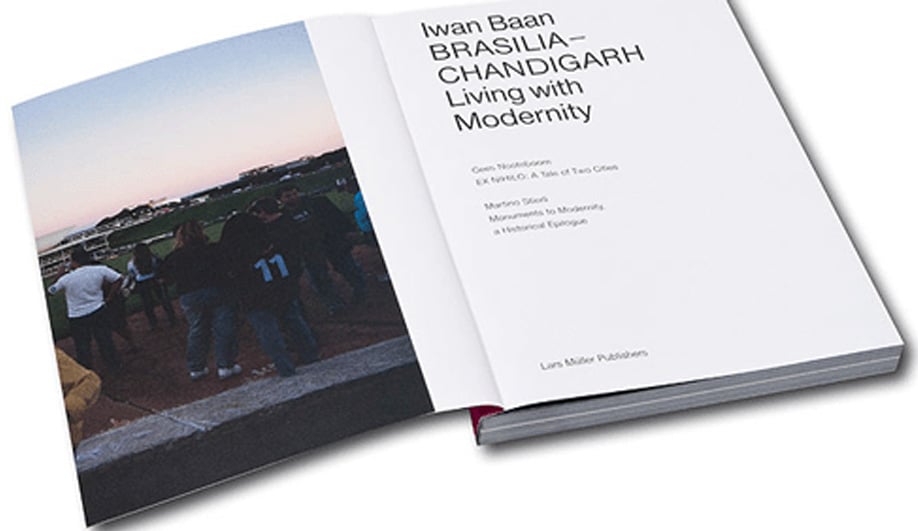 Photography by Iwan Baan, and text by Cees Nooteboom 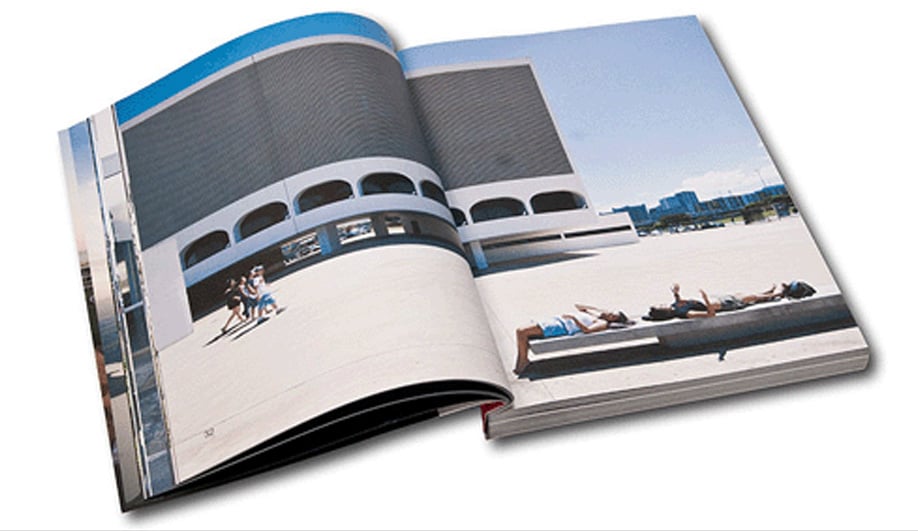 Most of the images in the book take up two pages 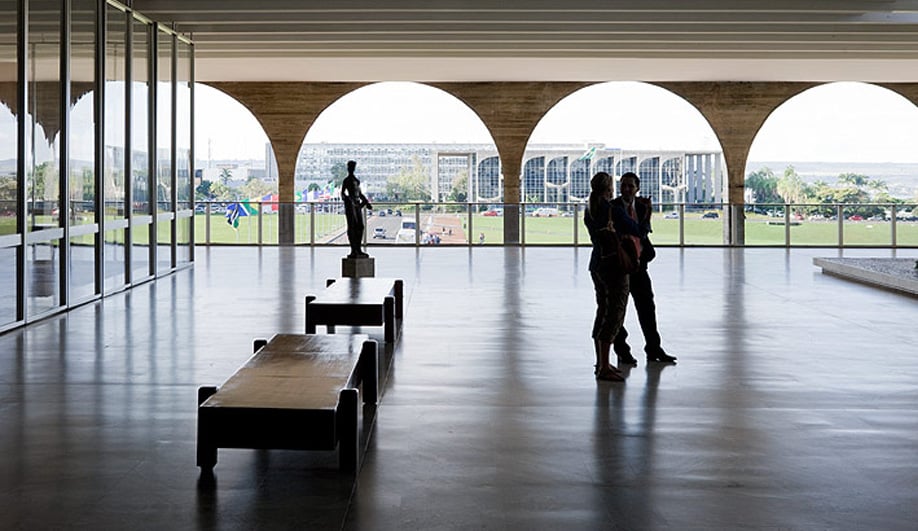 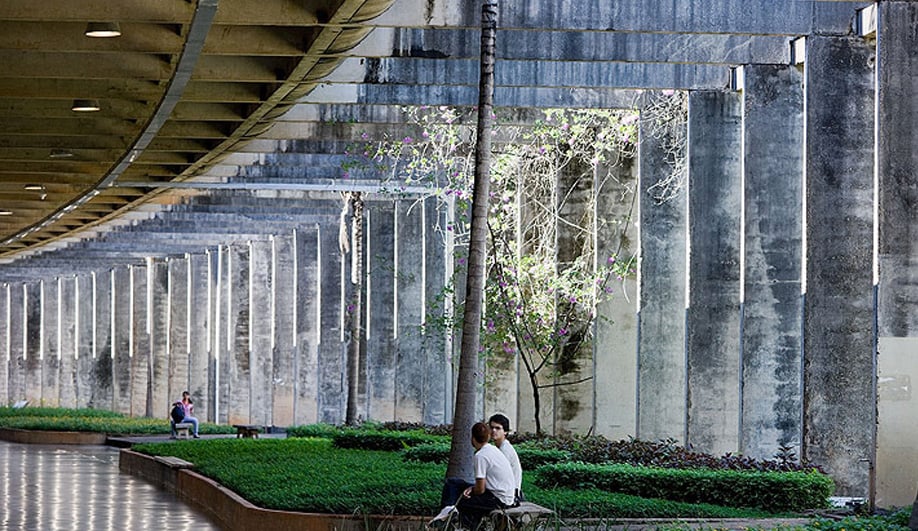 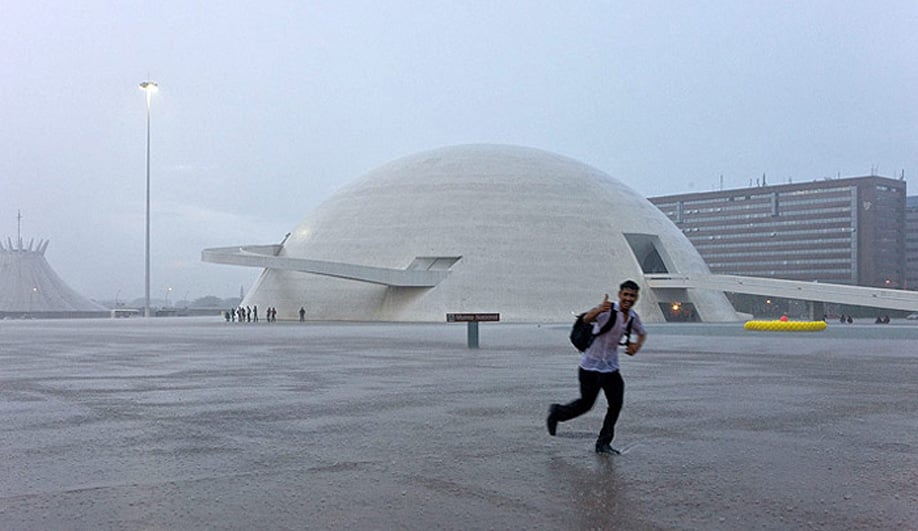 In 1960, Brasilia was celebrated for its urban-planning vision based on designs by Oscar Niemeyer and his collaborator Lucio Costa. During the same period, Chandigarh – India’s first rationally laid-out city – took shape following plans conceived by Le Corbusier. The “test-tube city,” as Chandigarh has been called, arose as an export of Western modernity, and much like Niemeyer’s idyllic Brasilia, Le Corb’s vision contained all sorts of utopian traits.

The unlikely twin cities are both places Iwan Baan knows well, and his new book reveals the harmony (and occasional disharmony) that exists between 1960s utopianism and the day-to-day life within those environments 50 years on.

The shots – each one filling a two-page spread – are not Baan’s usual slick depictions of people-less buildings. At age 36, Baan has quickly become a leading photographer of major architecture around the globe and his work appears in numerous architectural and design magazines. For the current issue of Azure, he shot a new Holocaust museum buried into a hillside in L.A. by architect Hagy Belzberg.

Living with Modernity reveals another side to Baan’s art and his receptive eye for capturing candid shots of people, buildings and open spaces. More like casual snapshots, the images are mostly of quiet moments: boys playing cricket, men napping in parks, pigeons flying above an open plaza. One image shows a boy hanging laundry within one of Le Corb’s starkly grey buildings.

Dutch writer Cees Nooteboom provides a brief essay and Martino Stieril has written a history of the making of the two cities. But this is primarily a portfolio of Baan’s eloquent eye for light, shadow and form.