Azure’s Holiday Reading List: 5 Must-Read Architecture and Design Books
Azure has rounded up its holiday reading list - five architecture and design books that are sure to provide a little inspiration for the coming year.

Design for Children
by Kimberlie Birks 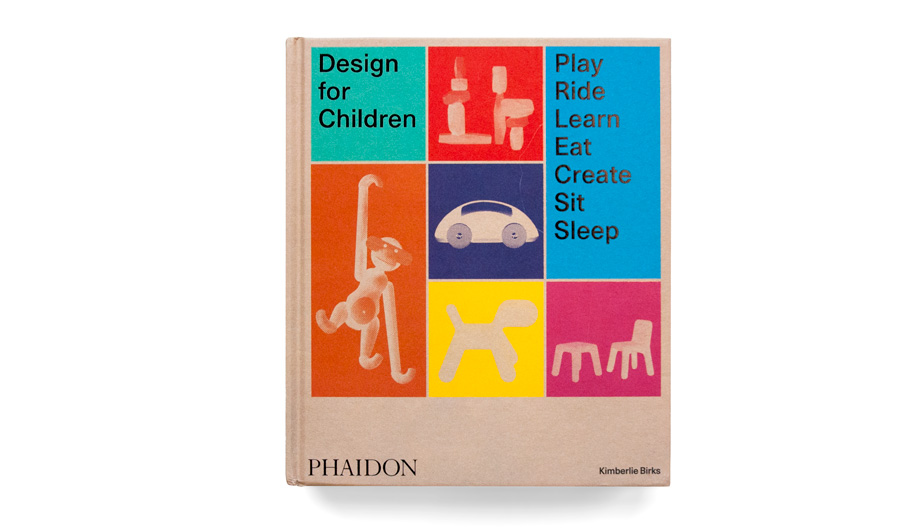 Over the next week or so, the holiday hustle may get a little overwhelming for some of us. This book is a perfect reminder of the joy of the season, featuring more than 450 of the most creative and clever designs for kids. With toys dating back nearly a century, the book is bound to bring back childhood memories – especially those of holidays past – for readers of all ages. You’ll find photos and backstories on such enduring products as Radio Flyer’s little red wagons and the Slinky, to more esoteric pieces like Gaetano Pesce’s smiley faced Crosby Chair and Donna Wilson’s self-produced Creatures (pictured below). 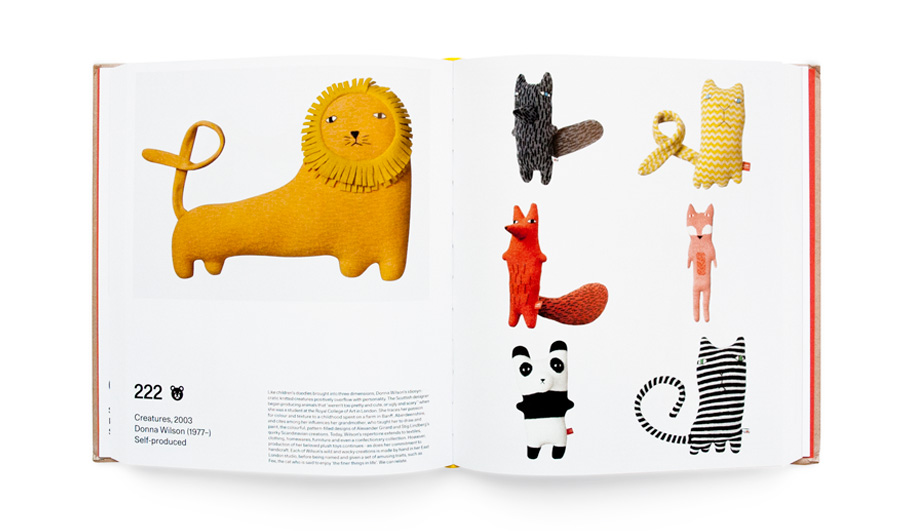 Compiled by sometime Azure contributor Kimberlie Birks, this book may also provide some last-minute gift inspiration for the ankle biters on your list, and also makes an ideal gift for the design-savvy young at heart. 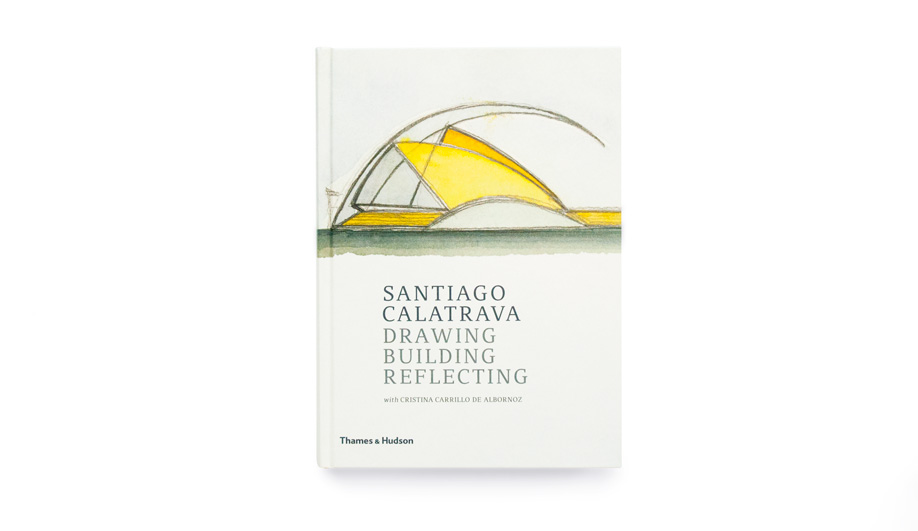 This 280-page hardback is packed with insight and inspiration from one of the most controversial architects of our time. Known for organic structures that seem to emerge right from the site, yet also feel as if they originated on another planet, Calatrava admits that his architectural style is greatly influenced by the human body. 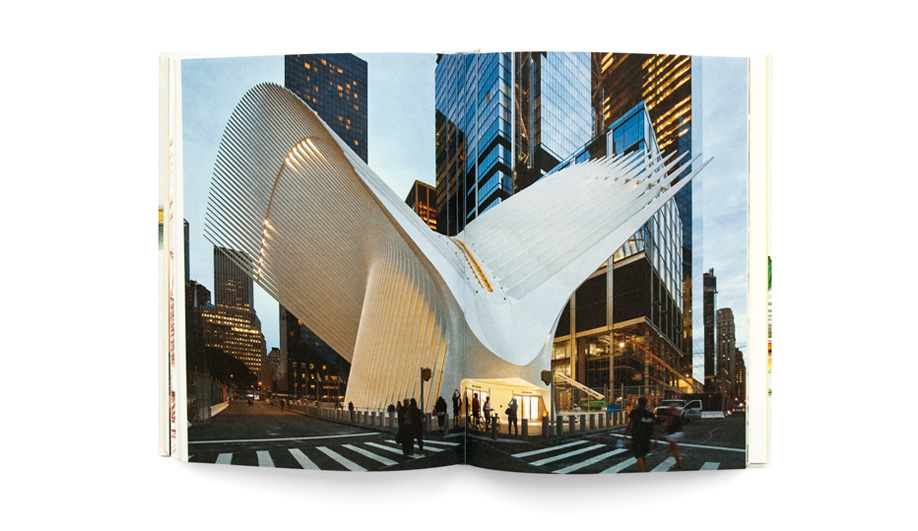 In the book’s open pages, he shares examples of the human form studies he sketches every day, and reveals how these have evolved to inform structural schemes. Split into five parts, the book includes four case studies and a chronology of built works accompanied by ruminations and sketches by the master.

Marking its 10th anniversary in 2018, New York’s It studio celebrated a prolific first decade with a return to Washington, D.C.’s National Building Museum, where they installed one of their most high-profile projects, the Beach, in 2015. The summer-long exhibition combined elements of Snarkitecture’s portfolio – from product-scaled marble works to a Florida football stadium memorial sculpture – to create Fun House, a new installation that doubled as a retrospective. The same works are examined in this monograph, which includes beautiful photography as well as drawings or floor plans for most of the works shown, plus insights from the designers themselves.

Give Me Shelter
edited by Sofia Borges and R. Scott Mitchell 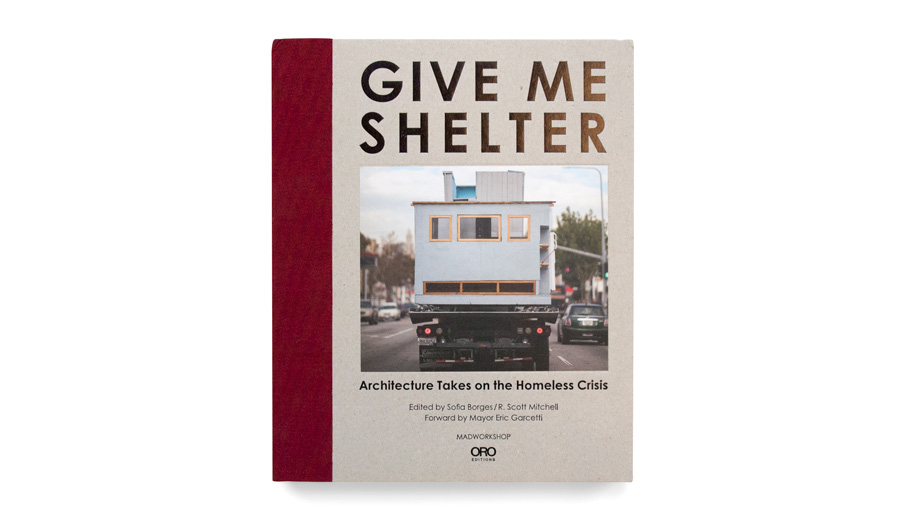 The holidays are a time when we tend to reflect on our good fortune and try to do something for others, particularly those who could use a helping hand. This book is an inspiring examination of how architects and designers can address homelessness. 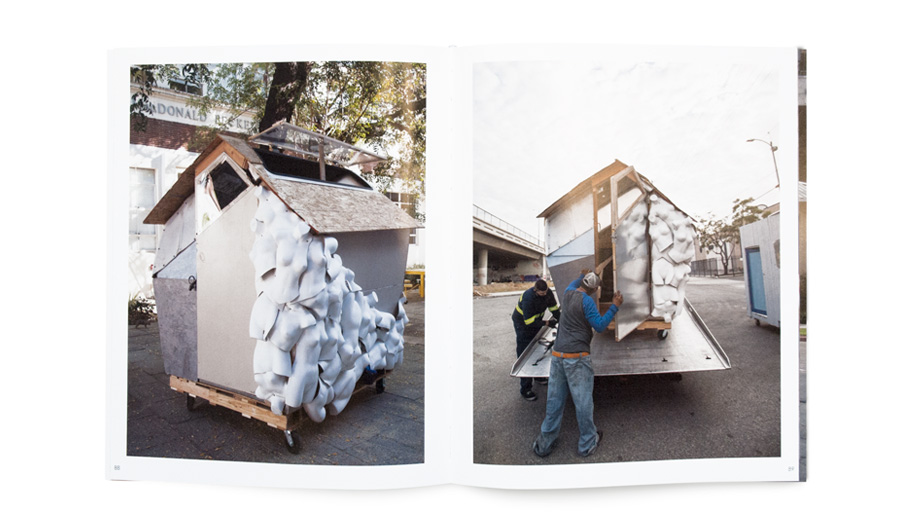 Documenting the efforts of Los Angeles firm MADWORKSHOP, through its innovative Homeless Studio at the USC School of Architecture, the 180-page hardback examines a variety of ways the initiative has attempted to use design to bridge the gaps in services and get people off the streets. Among the more interesting proposals is a modular community of transitional homes, which they are currently seeking funding for.

Designed in the 1950s as a utopic destination for consumerism, El Heliocoide, in Caracas, Venzuela, was built as a drive-in shopping centre that would also incorporate a 5-star hotel, an outdoor park, and a ton of parking, among other spaces. Accessed via a four-kilometre ramp that spiralled up the hill this fortress stands atop, the building was destined to become one of Latin America’s most iconic structures – but its architects never could have imagined that it would also become one of the most notorious.

When budget problems arose as the privately funded project was well underway, construction halted in 1961 and the building sat empty for years, as attempts to move forward were made and failed. In 1984, various state agencies began to move into the unfinished structure, and today it houses a prison as well as the headquarters of the National Experimental University of Security. This book traces the building’s path from ’50’s fantasy realm to dystopian nightmare. Cheerful holiday reading this ain’t, but it’s inarguably a fascinating tale.