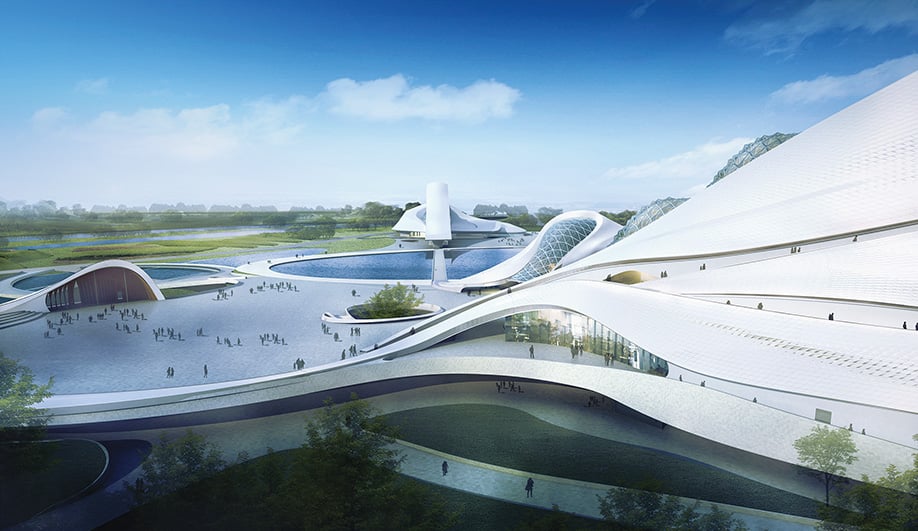 The massive Harbin Cultural Island, soon to be completed in northern China, emulates a mountainous landscape. 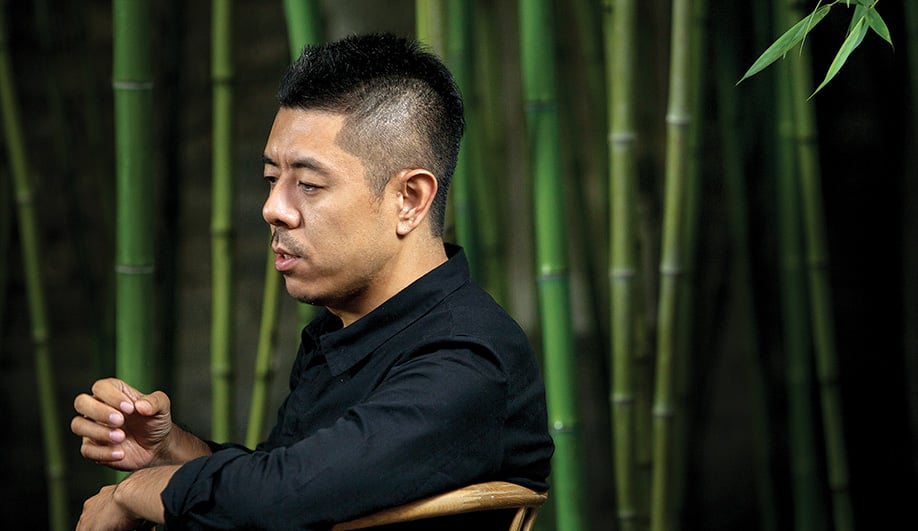 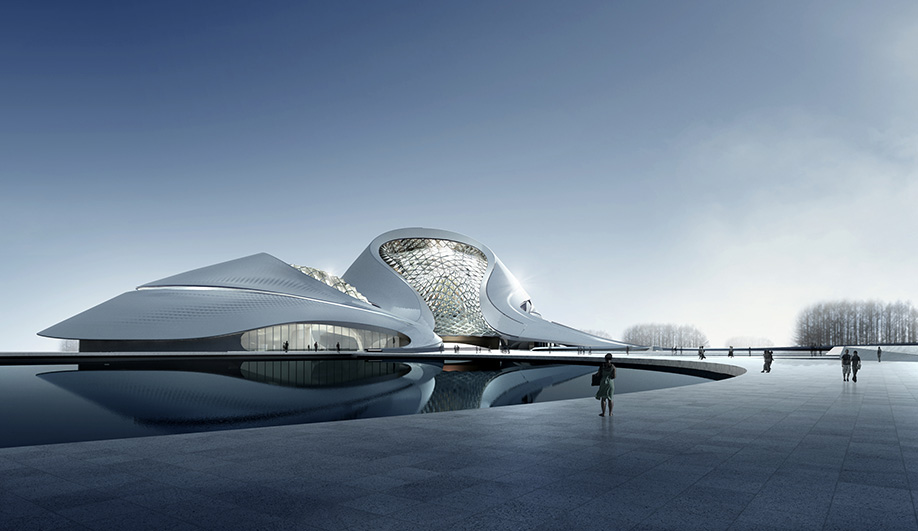 With the recent opening of a Los Angeles office, Beijing architect Ma Yansong, 39, has at last put down roots east of the Pacific. He does not, however, arrive as a perfect stranger. Ma is the quixotic, imaginative author of Absolute, the foxily curvaceous residential towers that put the Toronto suburb of Mississauga – and him – on the architectural world map. A current rumour (which he won’t discuss) suggests that he will soon craft another high-rise in the area. Be that as it may, Ma’s poetic meldings of nature and modernism in his dramatic, landscape-scale Chinese projects make him an artist worth watching – especially now that he has positioned himself to take on the North American market from the inside.

What kind of work do you hope to get now that you’re in North America?
Cultural and residential. That’s basically our experience in China. We already have a mixed-use building in Beverly Hills, condos and retail on Wilshire Boulevard in Los Angeles, and a new museum underway in Chicago. I’m interested in cultural institutions, like the exhibition centre and opera house we’ve done in Harbin, the northern capital of China, or like the competition we just won to design a concert hall in Beijing.

Your work frequently mimics nature – the fluid lines of the body, shapes in the landscape – and you have criticized contemporary skyscrapers as barren, inhuman “memorials to power and capital.” What ideas for tall buildings are you bringing to North America?
The modern high-rise cannot satisfy contem­por­ary needs. It’s too much about privacy and not enough about how people and nature can meet. Right now, skyscrapers are containers. It’s about what’s called maximum efficiency. In the future, efficiency will be about how long people want to stay in a building. We want green spaces – courtyards, sky bridges, gardens – where people can meet. In one of our tall buildings, we created a three-storey garden on every third floor. This is very efficient, since the people use the gardens, and so they become a community.

How do art and nature meet in your new Harbin complex?
The idea was to build cultural buildings in a nature park within a city. Our architecture comes from this context. The opera house and museum look like snowy hills, and they will indeed have snow on them for half the year. They show how architecture can blend into the land, and the landscape. We designed a ramp on the building’s facade, so you can reach the top, an open-air theatre, like climbing a mountain. In good weather, the stage can be opened to the outdoors, so that the beautiful park and lake become the background of the shows.

Do you have a dream project you would like to do on this side of the Pacific?
The one I’m working on now in Chicago is my dream project. It’s filmmaker George Lucas’s Museum of Narrative Art, storytelling art, on the lakeshore campus with several other important museums. We want to make the building very organic, and we treat it as an environment. Chicago is a modern city, it’s already there, so the design of the museum has to bring that modern legacy forward. I am curious about what future architecture should be. I’m about the cultural context. That’s what is important to me.