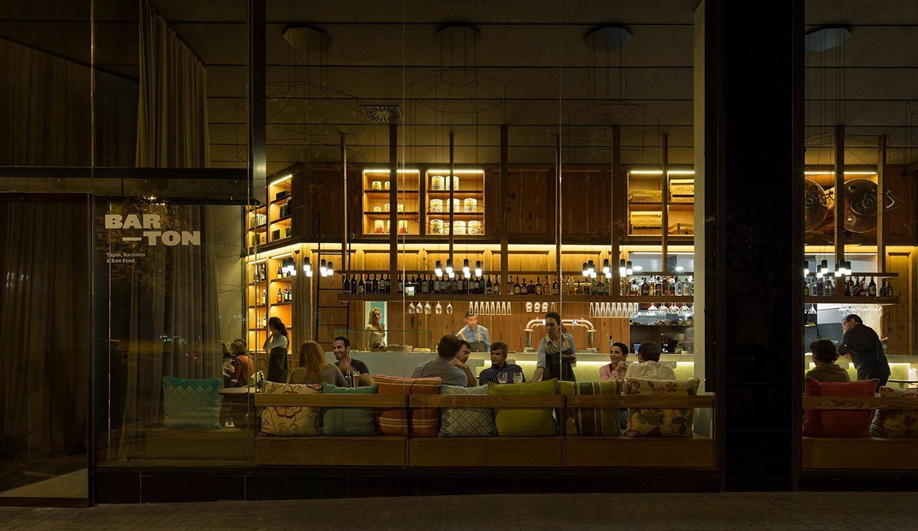 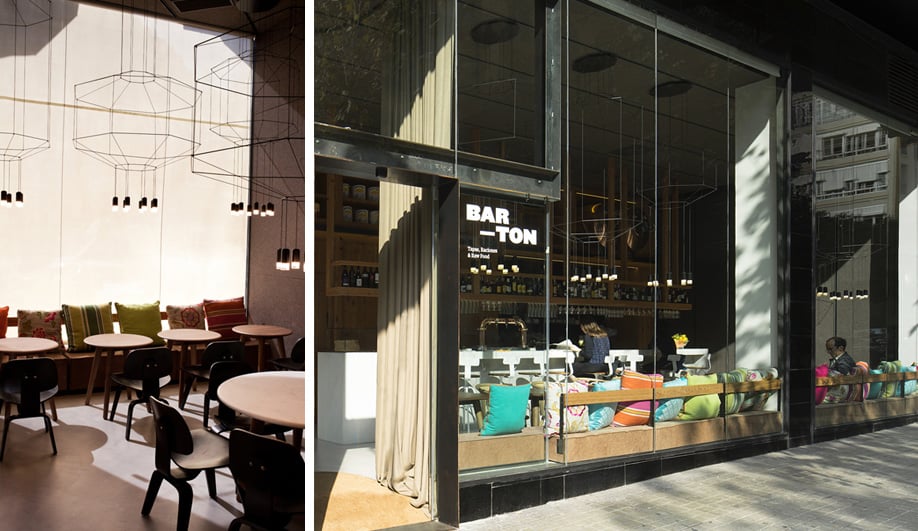 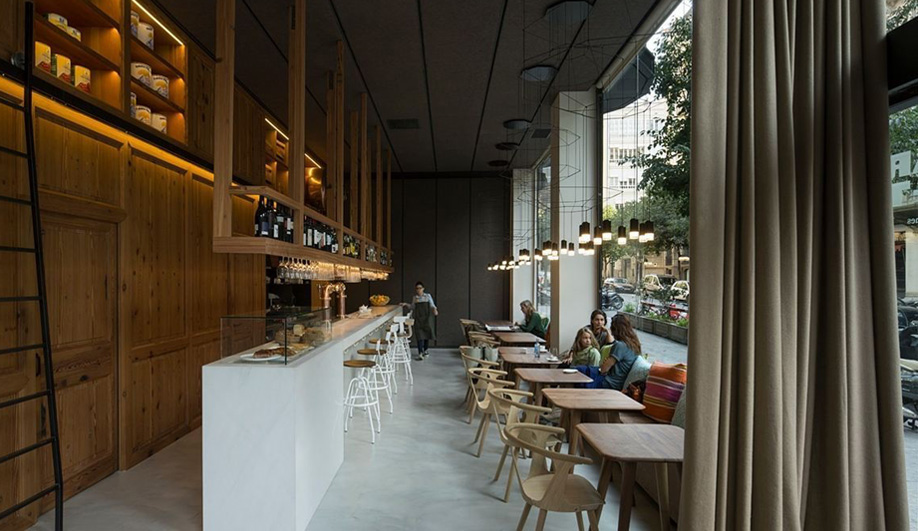 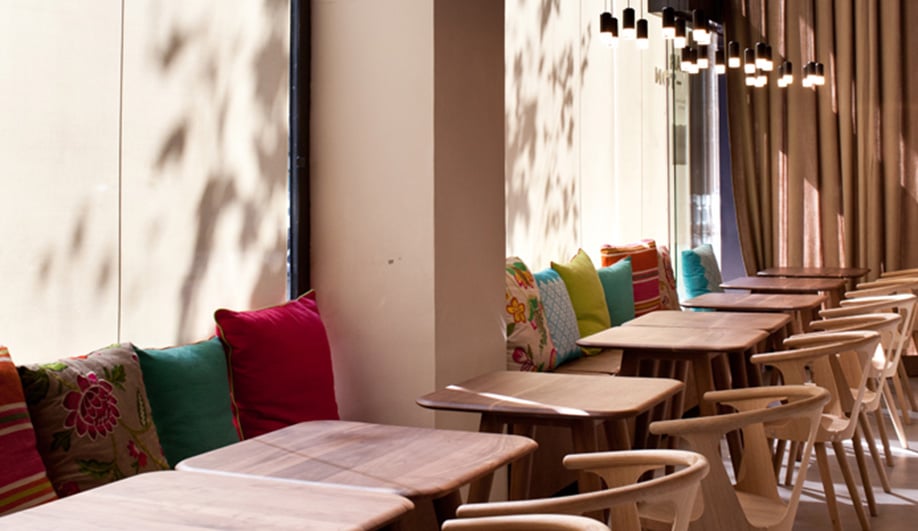 Ambience and great food are everything in the restaurant game. Barcelona’s Bar-Ton tapas bar and restaurant, designed by Spanish designer Isabel López Vilalta, strikes just the right balance, merging tradition with innovation, both in the décor and the menu (of classic Spanish tapas and raw vegan food).

It’s a mix that exudes a very contemporary state of mind. Vilalta used recycled wood to swath an entire wall to add a level of warmth, yet went minimal and clean with polished concrete on the floors, and a long, narrow white bar. Hugging the lofty ceiling, open shelves anchor the space. And both the ceiling and the walls are covered in sound-dampening felt for a tactile element that’s also essential to create an enjoyable noise level for patrons.

The designer’s custom wood tables are cozy and approachable, especially when mixed with chairs by Sami Kallio for &Tradition and low lounge chairs designed by Eames for Vitra. A collection of colourful throw pillows give the eclectic verve we come to expect in Barcelona, with elegant drapes adding more textiles into the mix.

But more than anything else, the interior is set alive by the ethereal and structural Wireflow chandeliers designed by Arik Levy for Spanish company Vibia, winner of this year’s AZ Award for Best Lighting Fixture. Hung en masse, the large-scale pendants form an integral part of the restaurant’s vibe. Though open and ethereal, their structural form is dramatic, appearing as graphic line drawings when seen against the drawn window blinds along the full wall of glazing. They integrate either four, six or eight LED terminals at the ends of the hanging cables. As the designers say, they have “a poetic touch and yet at the same time are very high-tech.”