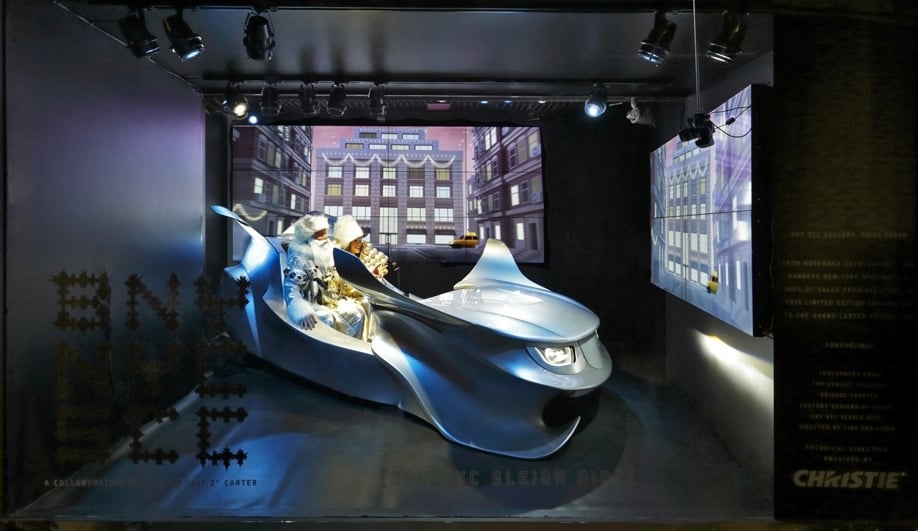 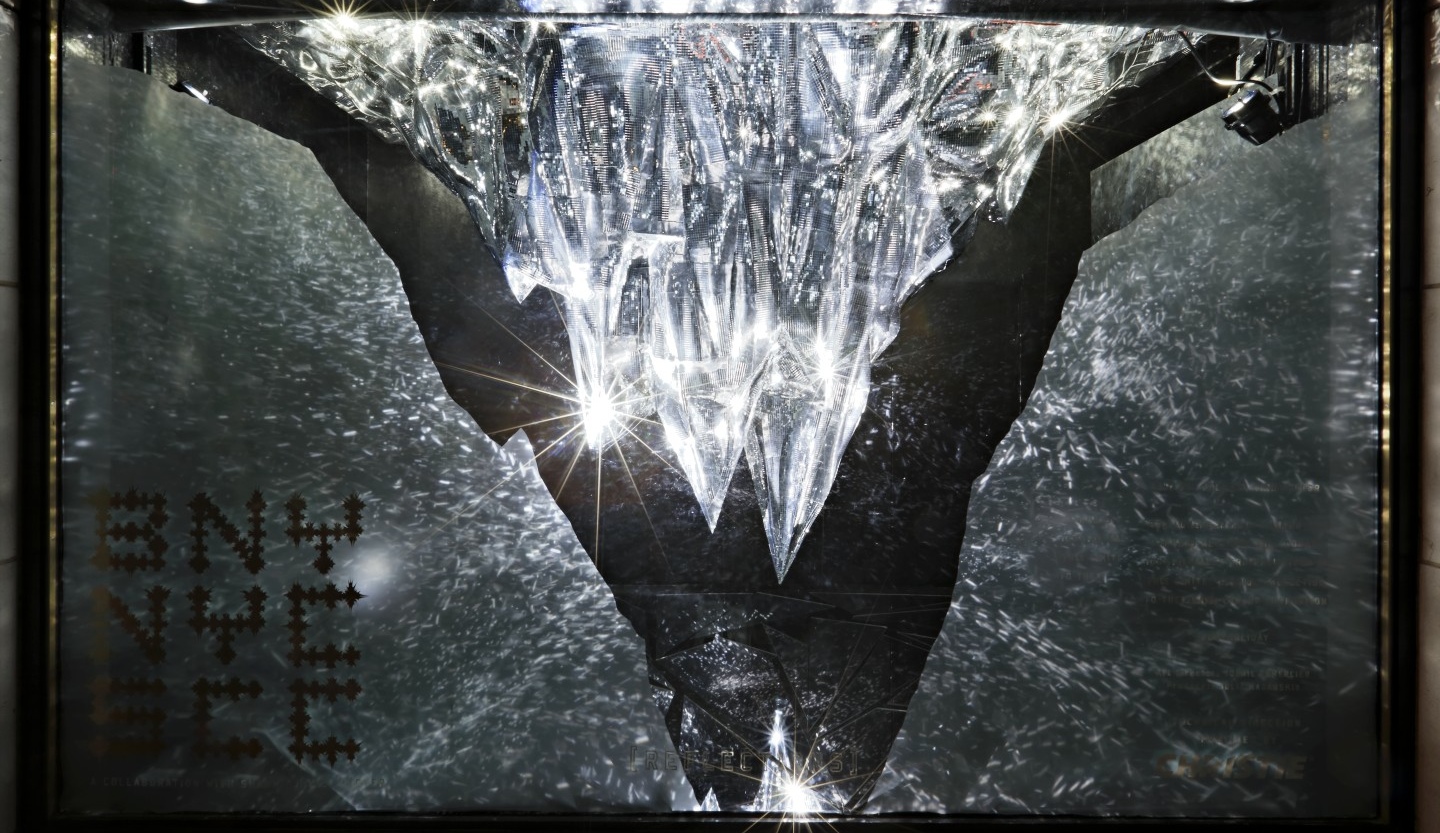 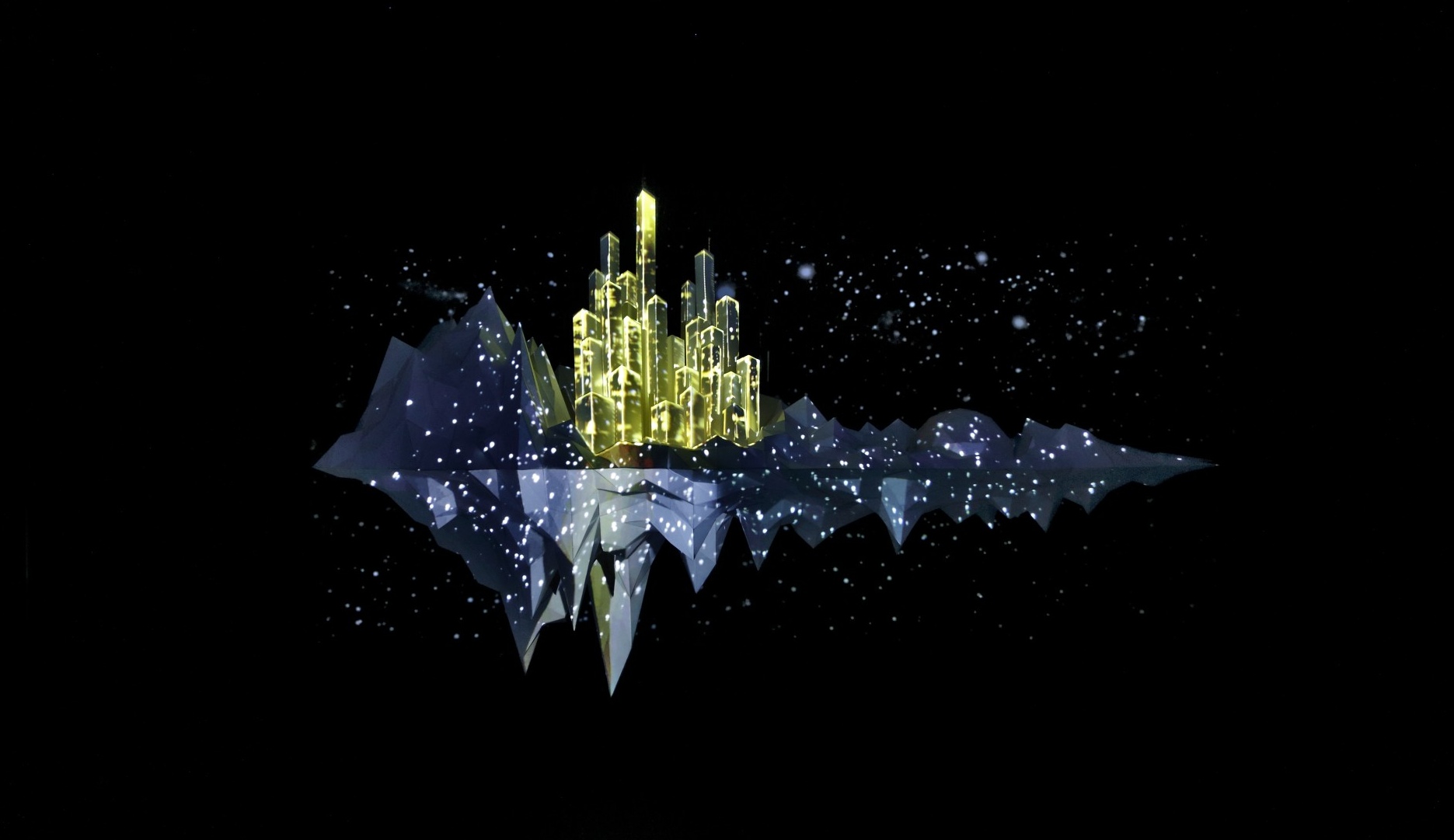 Yesterday, the luxury department store pulled back the curtain on its annual holiday window display, unveiling the digitally immersive environment that debuts the rapper’s fragrance and product line, BNY SCC. The collection includes collaborations with such fashion designers as Cutler & Gross, Hublot and Balmain.

Called “A New York Holiday,” the dazzling displays and the in-store gallery integrate a number of digital technologies from film projection giant Christie. The highlight is Floating City, which uses 3-D mapping technology to project a five-metre-tall jagged mountain range inside a pint-sized theatre enclosed by a faceted gold structure. Just by entering and exiting on the Madison Avenue entrance, you can watch a twinkling night sky morph into a slow-moving sunrise over a shimmering city on the hills.

In an adjacent window, an enormous faceted form reminiscent of an icicle clad in thousands of mirrors is suspended from the ceiling. Here, the mapping technology submerges the form with light, creating a sparkling reflection that spills into the store as well as onto the street.

The BNY NYC Sleigh Ride, a third window display, will perhaps rival Rockefeller Center’s Christmas Tree this year. Inspired by the tradition of visiting Santa Claus, the installation features performers from improv group Upright Citizens Brigade costumed as Santa and Mrs Claus and seated in an intergalactic sleigh. Children can enter the display for a virtual sleigh ride through a psychedelic, abstracted New York displayed on high-def flat panel displays. What’s more, Christie’s WeatherAll flat panels are installed on the outside of the window, showing the newfangled adventure to passersby.

The collaboration was almost kiboshed. Last month, two African-American Barneys customers were wrongfully detained by police after shopping at the Madison Avenue location. In response to what many called the shop-and-frisk tactics of a few high-end New York shops, there was pressure for Jay Z to pull out. Instead, he revised his agreement with Barneys so that all of the collection’s proceeds (instead of 25 per cent) will be donated to the Shawn Carter Foundation. He has also been appointed a “leadership role” on the council that will examine the racial profiling issue, which Barneys and Macy’s will also address in a special forum.