Designer Bea Szenfeld Uses Paper to Create Incredibly Elaborate Costumes
A collection of paper couture works by the Swedish designer and artist are currently on display in Everything You Can Imagine Is Real, an exhibition at Bikini Berlin. 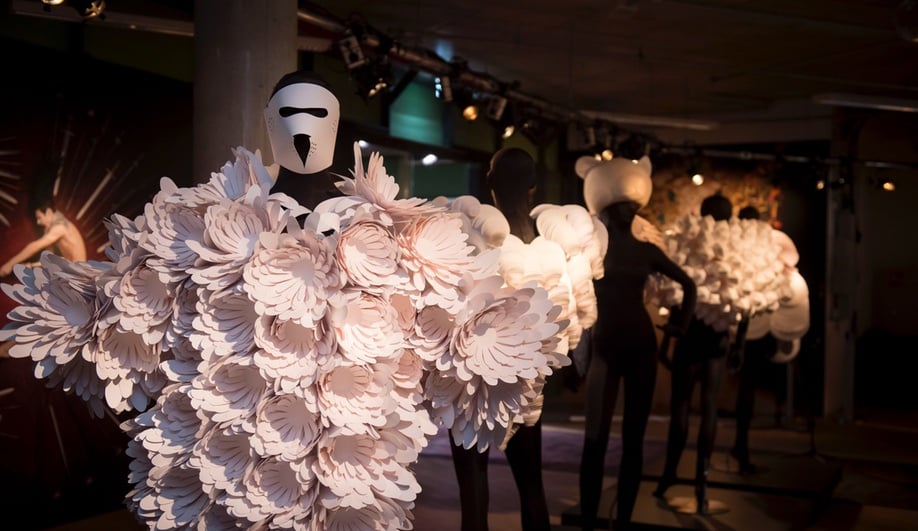 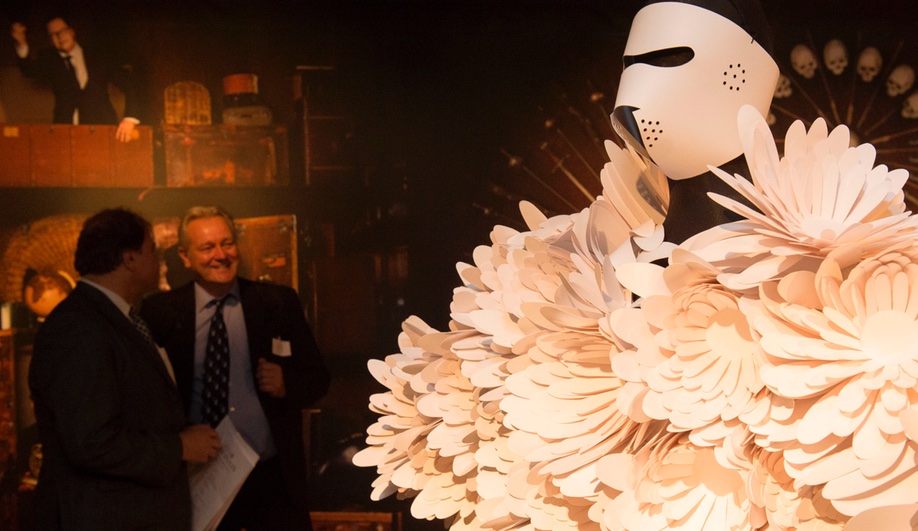 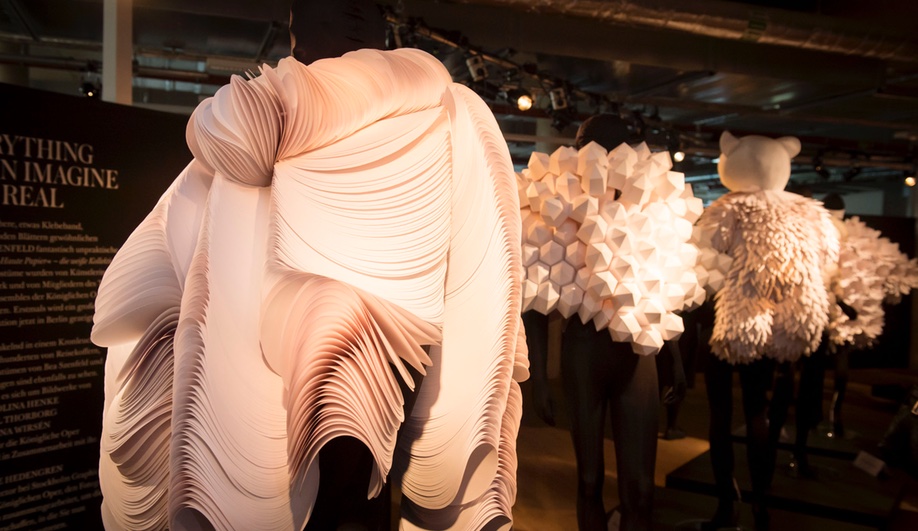 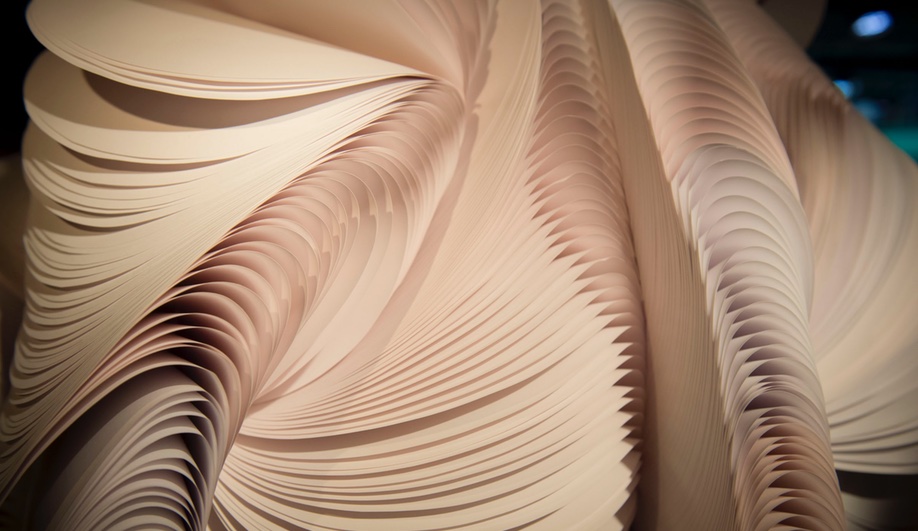 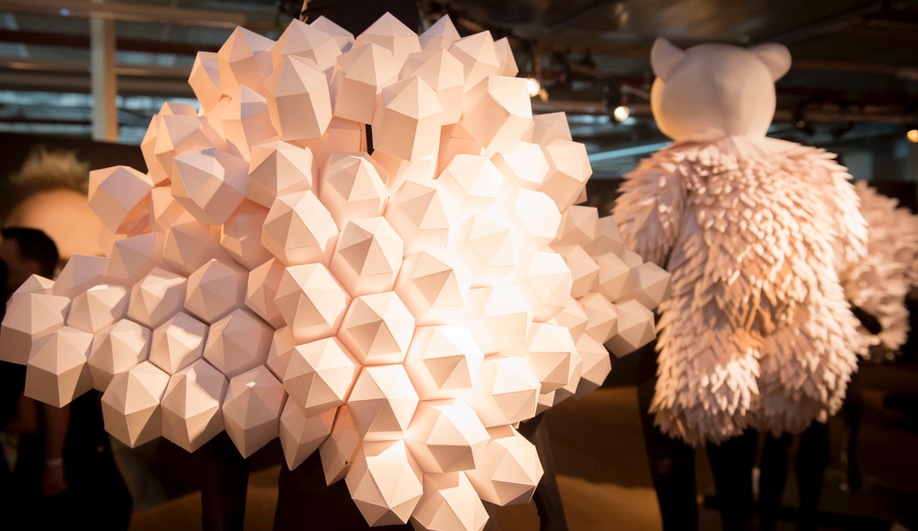 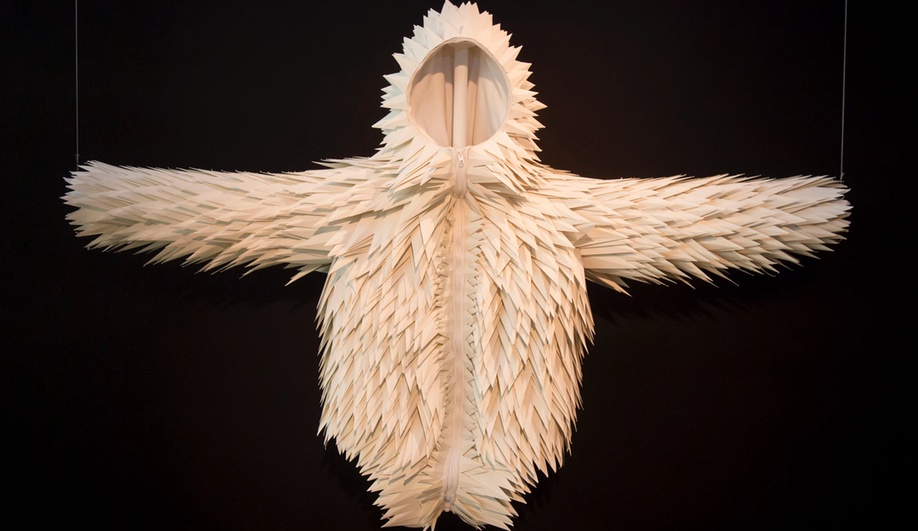 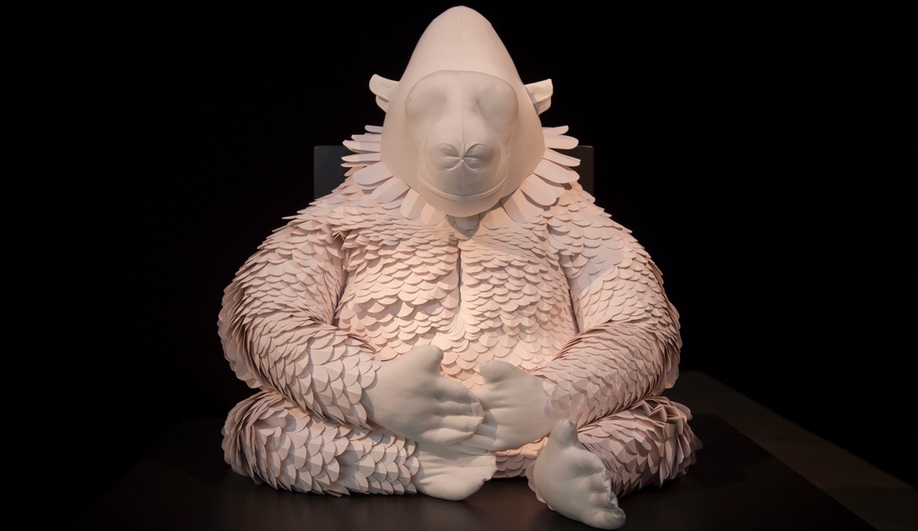 Paper, tape, string and staples are the only materials Bea Szenfeld employed to create the incredibly intricate costumes in her spring/summer 2014 Haute Papier collection. Inspired by origami and Arte Povera – an Italian art movement during the late 1960s and early 1970s that saw artists exploring common materials and unconventional methods – the series of beautifully impractical creations feature thousands of paper sheets, layered in sculptural arrangements.

A selection of these works are the focus of Szenfeld’s Everything You Can Imagine Is Real exhibition, currently on display at Bikini Berlin, a shopping mall/art gallery hybrid in the German capital city. A collaboration with the Royal Swedish Opera and creative agency Stockholm Graphics, the exhibition also features surreal hand-drawn illustrations of the designs, by artist Stina Wirsén, and ceiling-height photos of dancers and singers donning the paper works, originally produced for the Opera’s 2014 marketing campaign.

The exhibition, on now until October 29, was opened by Queen Silvia of Sweden. Amongst the costumes on display are billowing tops of petalled flowers, cubes and scale-like discs; others include a panelled skirt, a Slinky-like cape, and a shaggy-looking jacket, modelled by a teddy bear mannequin.

Paper is often the medium of choice for Szenfeld, whose body of work is characterized by her use of unlikely materials. While her voluminous, whimsical paper costumes may not have commercial fashion application, they have attracted the attention of art collectors and celebrities whose tastes skew avant-garde.

To accept her 2010 Polar Music Prize, Bjork wore Aragonit, a jacket from Szenfeld’s Sur La Plage collection made from dozens of hand-crafted pink paper sequins. Lady Gaga is also a fan; she incorporated Szenfeld pieces in her 2013 video for “G.U.Y.”