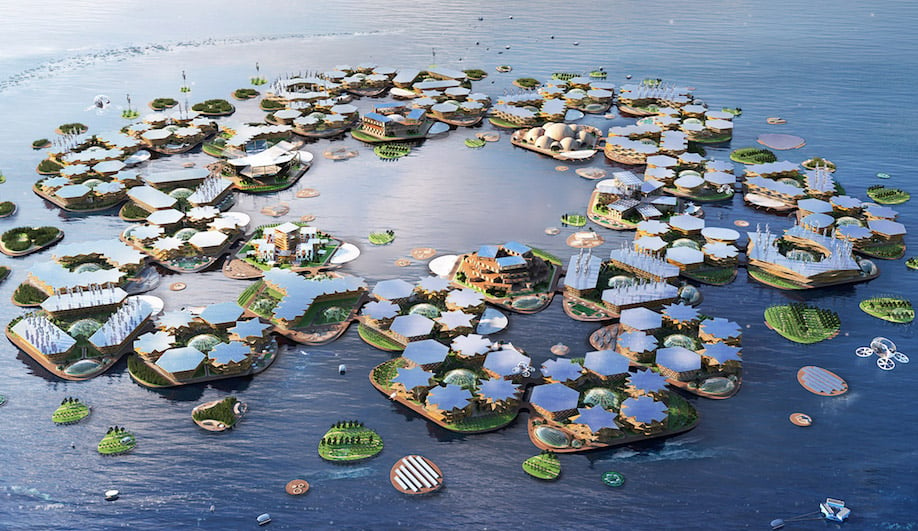 By 2050, some 90 per cent of the world’s largest cities are expected to become exposed to rising sea levels, putting hundreds of millions of people under direct threat of displacement while subjecting much of the world’s population to chronic flooding. It’s a stark and sobering reality that leaves little room for optimism. Yet, in contrast to the near-apocalyptic visions of the future that now permeate the public discourse, Denmark’s BIG presents an aspirational vision of sunny skies, clear waters and a futuristic ocean city. 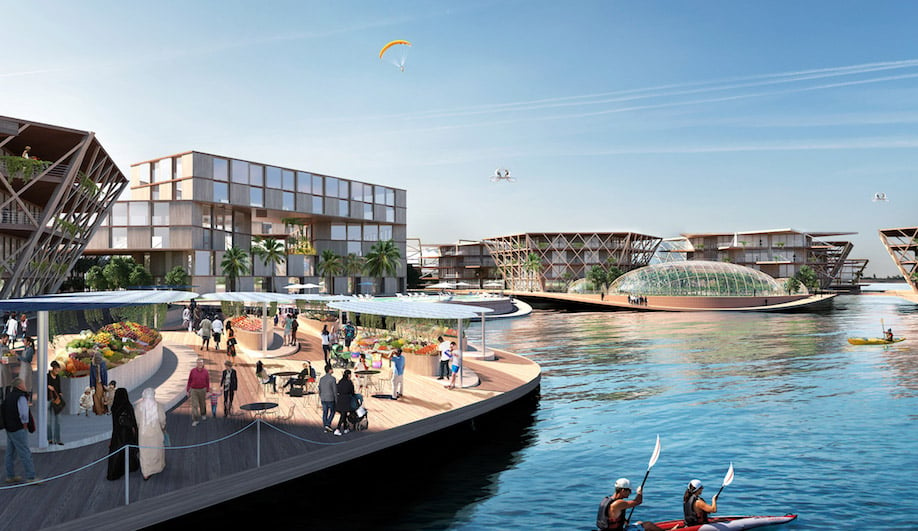 Unveiled as part of this month’s United Nations High-Level Roundtable on Floating Sustainable Cities, the Oceanix City concept offers a blueprint for self-sustaining modular communities. Anchored to the sea floor by biorock – a cement-like material used to build artificial coral reefs – the seemingly free-floating pods are intended to gently accommodate the changing tides, while taking advantage of their position on the water to harness extensive aquatic food production. 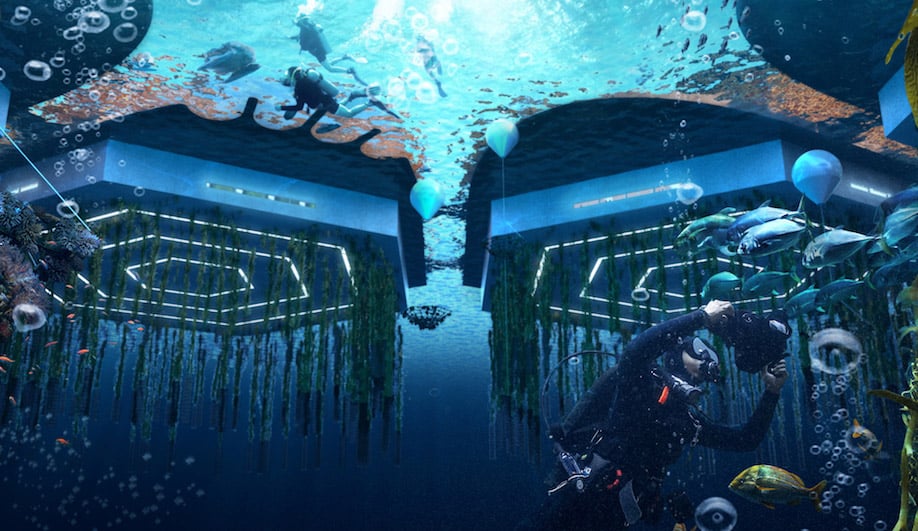 The notional design utilizes a series of interconnected platforms – spanning over 150 metres at their widest point – as the building blocks for a mixed-use urban habitat. At surface level, the underwater aquaponic and aeroponic facilities are complemented by extensive on-site agriculture. By closely integrating agricultural uses alongside residential and commercial buildings, the design pushes to combine sustainable food production with community development. With restaurants, market retail, and shared amenities all clustered near agricultural – and public – space, Oceanix City uses its ultra-local agriculture model as a conduit for building social relations. 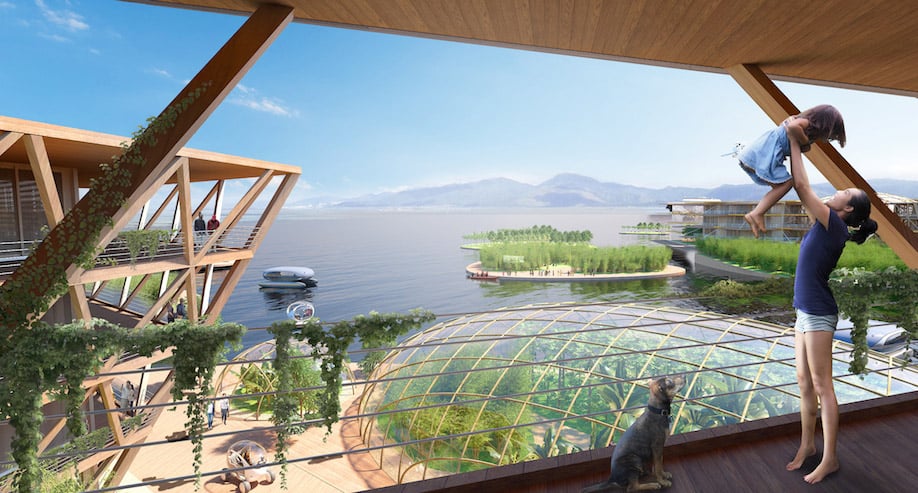 It’s an impressively holistic vision – and a somewhat scalable one. Six platforms can be combined to create a “village” of 1,650 residents, which in turn may form part of a larger urban community of 10,000 people. The individual platforms are angled to create a circular configuration when combined, giving each village its own hub amidst the larger community. At the urban scale, the larger population density can allow for the introduction of cultural, recreational and educational facilities, each of which can anchor its neighbourhood with a distinct sense of place. 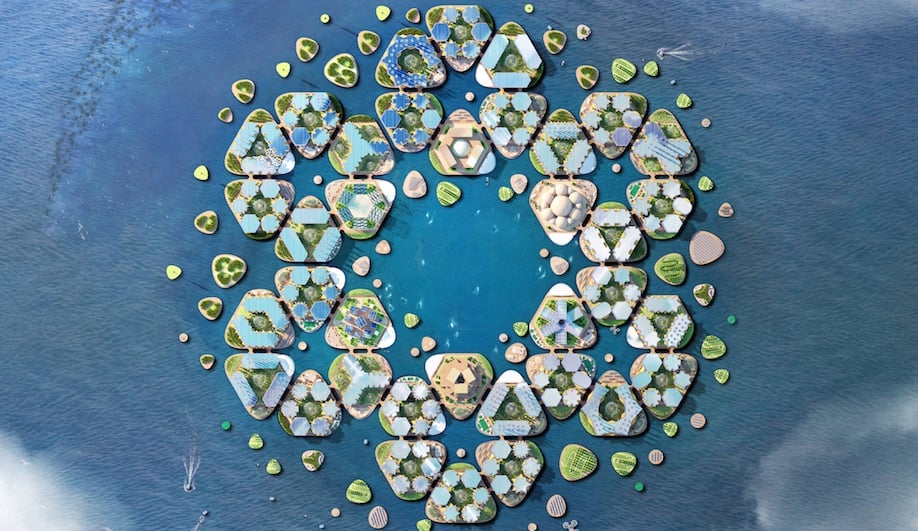 The social vision is joined by a wealth of technological innovations. At Oceanix City, a net-zero energy goal would be made possible via solar and wind energy production, while intensive grey-water filtration, composting and food waste collection underscore a “zero waste” paradigm. Artificial coral reefs, renewable ocean farming and a fleet of bicycles, drones and electric vehicles complete an ambitiously comprehensive vision.

It’s trademark Bjarke Ingels. Combining a compelling green program with playfulness and whimsy, Oceanix City epitomizes the architect’s mantra of “hedonistic sustainability.” But how far can that go? With an estimated 2.4 billion people living in coastal regions, the risks posed by rising sea levels necessitate urban solutions of far greater scale – and ones that can be applied across the global south. By contrast, BIG’s vision offers what Citylab’s Amanda Kolson Hurley describes as “a narrow, escapist, apolitical utopia” that looks like it “could be a very high-end all-inclusive Caribbean resort.” 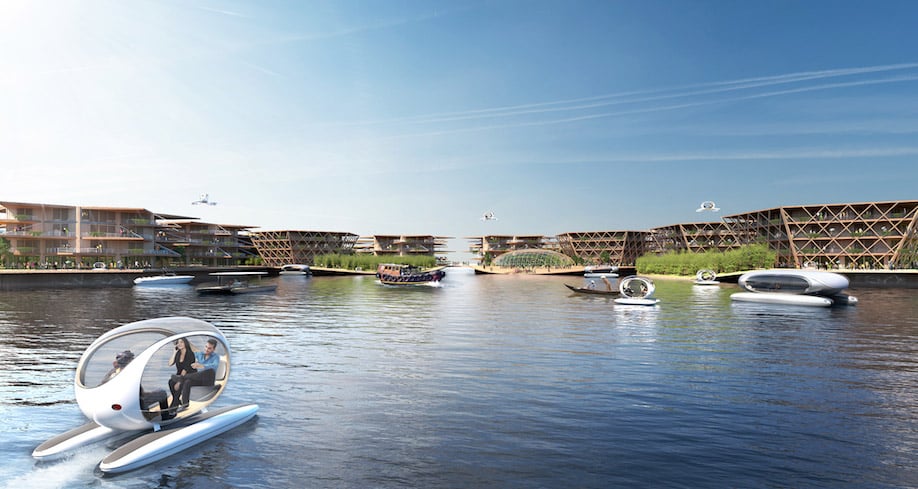 So what to make of it? While it would be dangerous to construe Oceanix City as a holistic global solution, the scale – and ambition – of its approach is invigorating. Oceanix City offers a valuable model for resilience, albeit one that would only be realistically attainable to a wealthy minority of the world’s population. Nonetheless, there’s something defiantly rousing in BIG’s optimism. Hopefully, some of the ocean-faring vision can also translate to innovation back on earth.