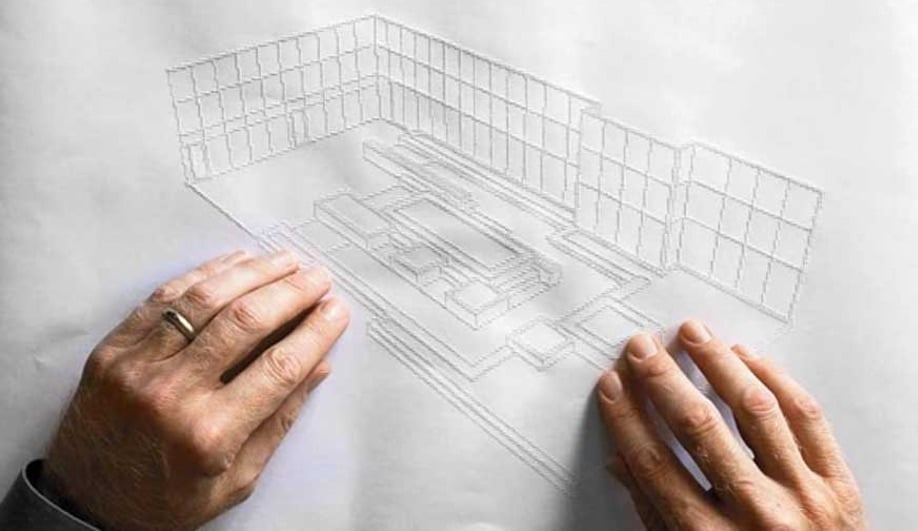 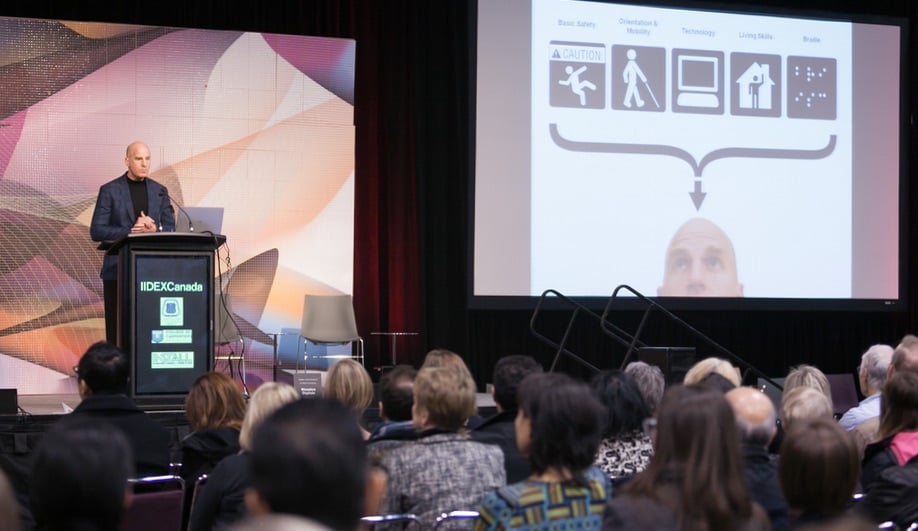 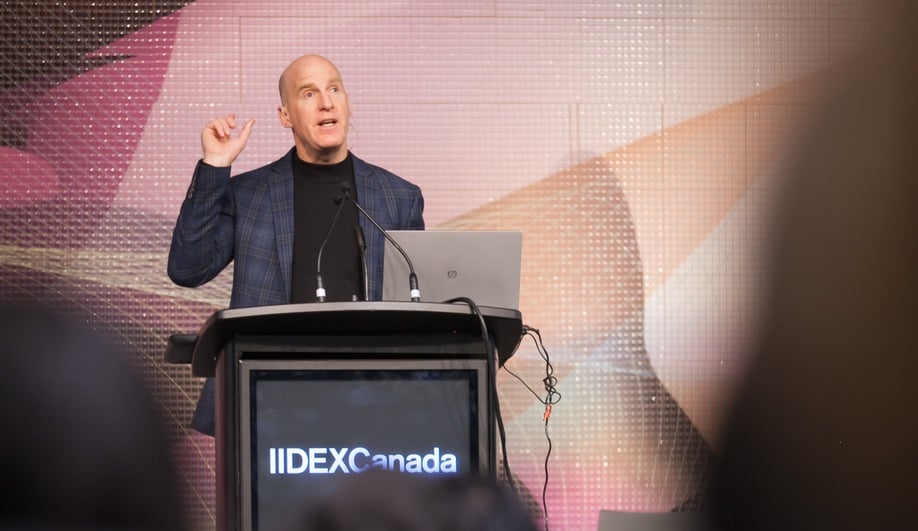 Within hours of learning his vision was gone – completely and permanently, after a surgery to remove a brain tumour – a social worker was offering to help San Francisco architect Chris Downey find a new career. But after investing over 20 years in the field, Downey wasn’t prepared to give up so easily.

Over the following months he learned to navigate the world again, acquiring new mobility skills, and studying braille. Reacquainting himself with his home and city, design was often at the forefront of his mind as he made new connections between what he knew visually about a place and the sensory experience – particularly interesting for someone who had been trained to be so visual, he says. Having returned to the office only a month after the surgery, he was also searching for new ways of doing the work he loved. 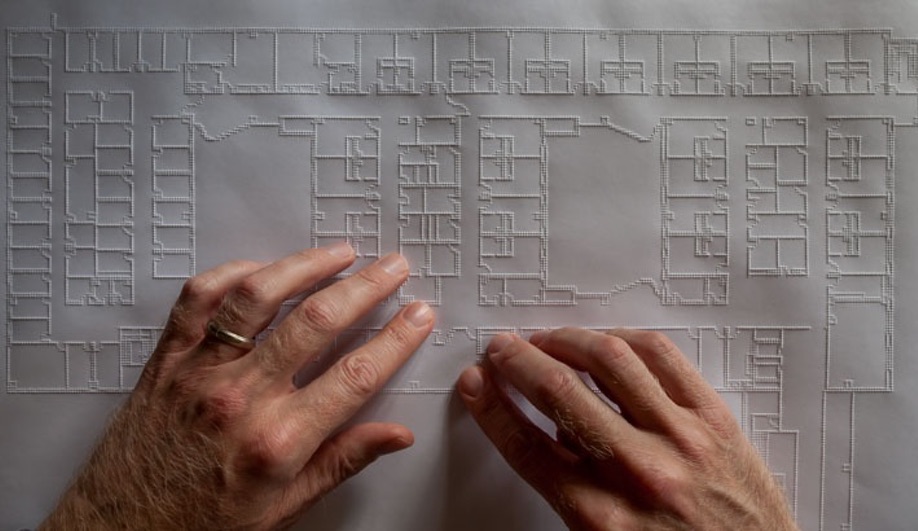 While there were more obvious roles to take on, Downey was determined to remain on the creative side of design and soon found the means to do so. There were a variety of tools available to help him adapt, but the technology was changing so fast that by the time he’d learn to use them, they would be out of date. So he looked for something a bit simpler.

He found an embossing printer, which is typically used for visually impaired children learning to read and write in braille. The large-format printer can reproduce blueprints in a format he’s able to read, enabling him to study the details of a design, and mentally assemble the larger picture as he went – a fresh alternative to the opposite approach that a sighted viewer would take. 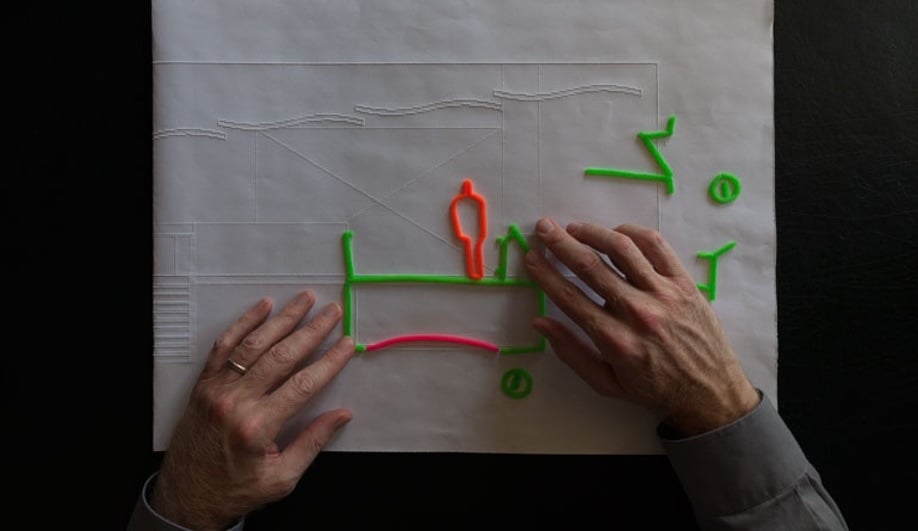 Once Downey could read a plan, he needed a way to make his own contributions and revisions. He found a solution in another product that can be found in a children’s classroom – Wikki Sticks. These pliable wax sticks can be broken and shaped to form new lines that will stick to paper.

With these new tools in hand, the architect was able to work on projects such as the Polytrauma and Blind Rehabilitation Center, for the Department of Veterans Affairs, in Palo Alto, California. Downey was able to bring a unique perspective to the project, as he himself was adjusting to loss of vision, just as the centre’s clientele would be.

What most would consider an insurmountable obstacle was the catalyst for a new approach to design, that considers the designed environment as a multi-sensory experience. Acoustics are a key factor in designing for the blind and vision impaired, and Downey soon began working with Arup and its San Francisco Soundlab, an innovative virtual listening environment.

The resource actually enables him to model the acoustics of a space and do a virtual “tap-through” as opposed to the typical virtual walk-through. The program lets the architect move through the floorplan, finding his way with the help of his cane. A tool which functions as a prosthetic device, the white cane allows the user to feel and also listen for the acoustic indications of spaces – like the echo of a stairwell, an alcove entrance to a building, or the drop-off of a train platform. 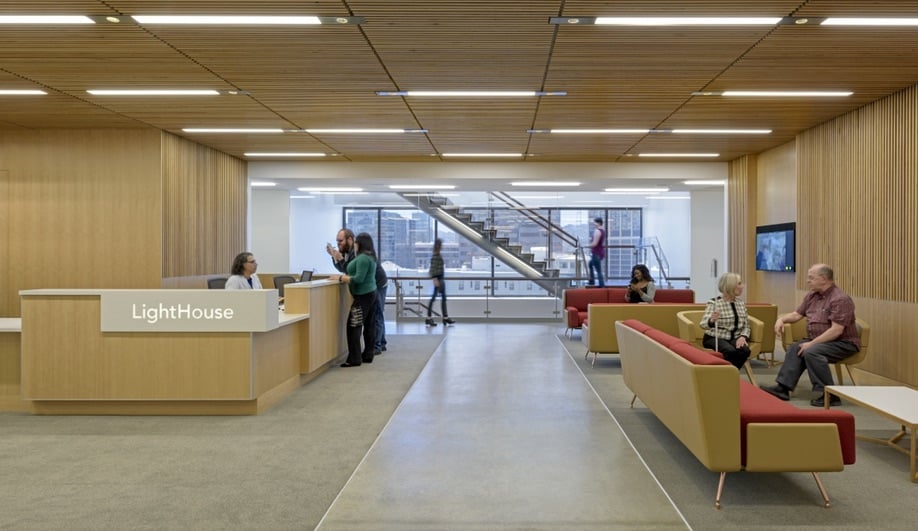 Over the years, Downey has adapted his skills to make optimal use of sound, texture and even light and colour to create incredibly functional and enjoyable environments for the visually impaired. Because most legally blind people have at least some degree of vision, light and contrast come heavily into play. For instance, at San Francisco’s Lighthouse for the Blind, a stairwell that connects three levels of offices is topped with a large skylight. The bright light washing in helps indicate the location of the stairs for some employees, and the warmth of the sun will do the same for others. The Lighthouse office features such efficient circulation that the organization’s fully blind director was able to run, unaided and at full tilt, from one end of the office to the other, in order to help a colleague in medical distress.

Chris Downey was just one of several great speakers at IIDEXCanada earlier this month in Toronto. Watch for Azure’s report on the show in our March/April issue, and keep an eye here for details on next year’s show.