BMW Guggenheim Lab opens in New York
Atelier Bow-Wow's tent-cum-theatre goes live. Designed to cultivate ideas on how to improve urban livability, will this experiment lead to remedies and cures? 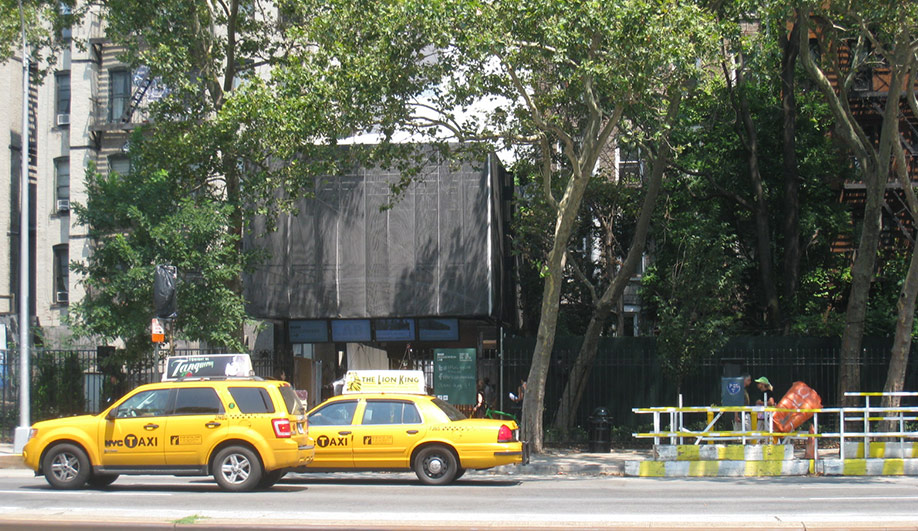 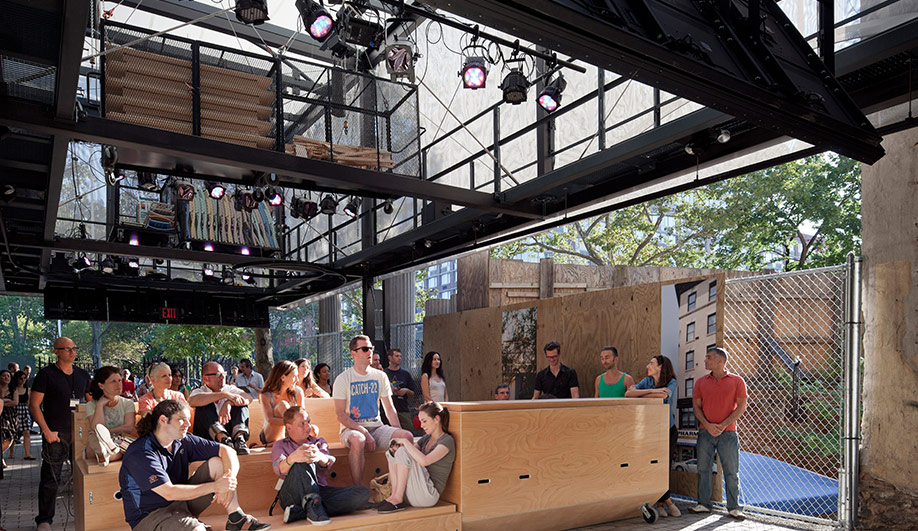 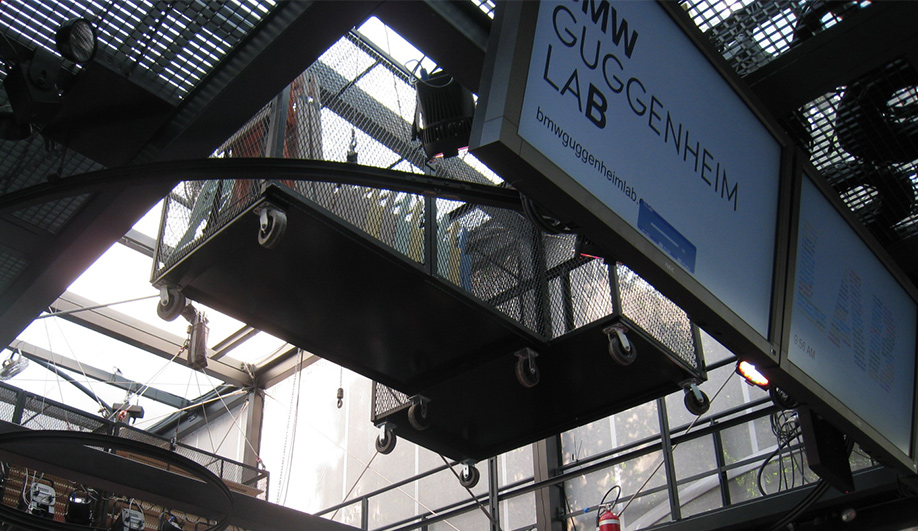 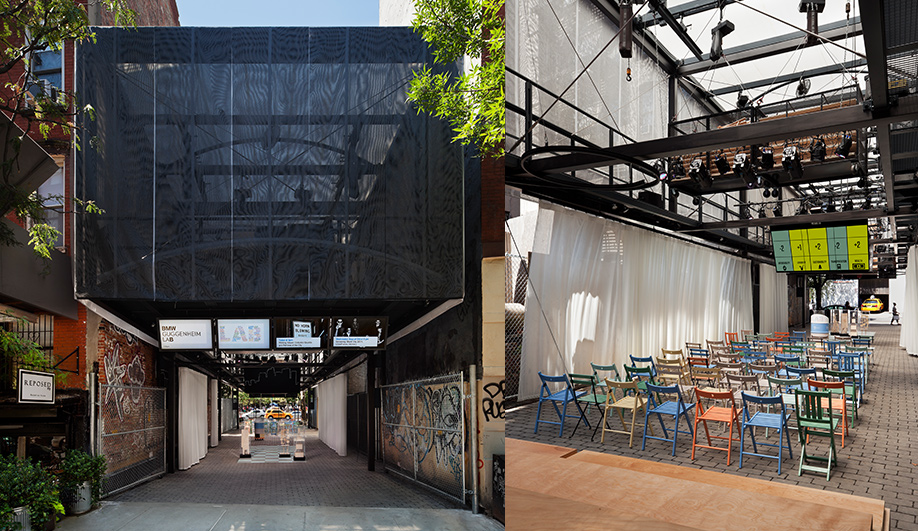 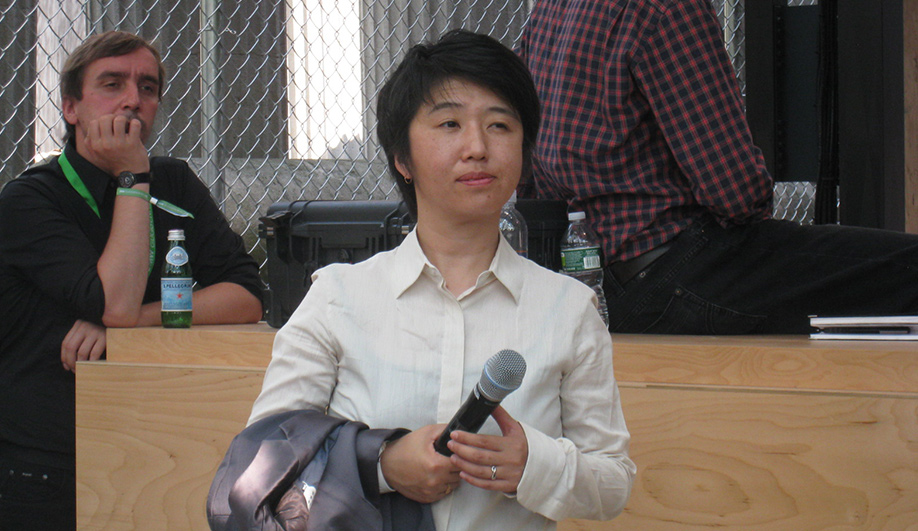 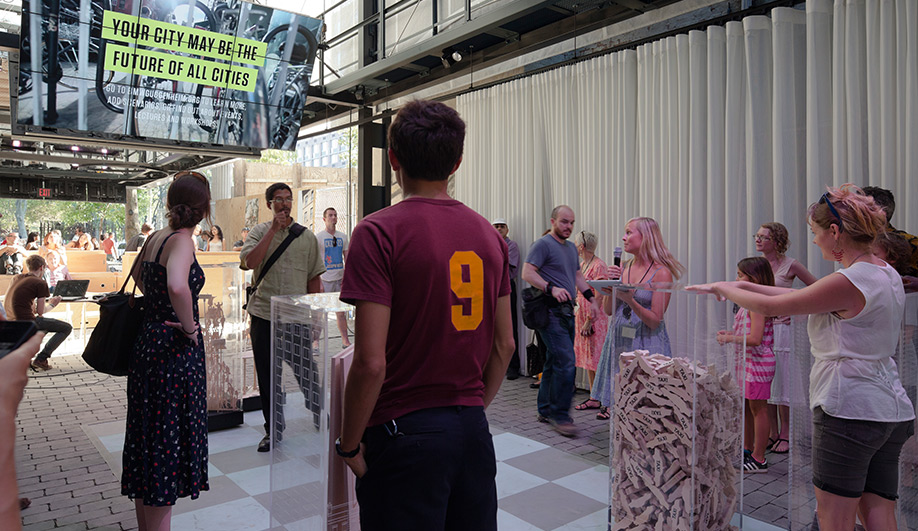 On August 3, the BMW Guggenheim Lab opened in Manhattan’s East Village. Intended to be a think tank/public forum, the Lab is housed in a structure devised by Japan’s Atelier Bow-Wow. The tent-cum-theatre is shaped like a shoebox and constructed of a double-height carbon fibre frame with the upper level wrapped in screening and a curtain installed on the ground level. To support flexible programming, the upper “toolbox” level handles storage and deployment of seating, screens etc., while the structure’s lightweight materials facilitate the relocation of the Lab for its three-city tour. It decamps the New York site on October 16 for Berlin, where it will open next spring, and from there heads on to Mumbai.

The Lab moved into a derelict lot belonging to the New York City Parks department and its presence alone has gone a long way towards improving its immediate urban environment. The theme of the Lab’s first cycle is Confronting Comfort and programming consists of talks by luminaries (incuding Elizabeth Diller and Saskia Sassen) film screenings (such as Blank City and Last Address) and some more internal explorations such as an urban meditation series. For the New York sojourn, an interactive game called Urbanology was created to be played on site or online. It’s modeled on the life-sized chess games sometimes found in city parks. Participants respond to questions like “Should the level of street lighting be reduced to save energy and money?” Their yes/no answers generate comparisons with other metropolises on overhead screens and propel a set of figures representing sustainability, safety, transportation etc. up the board toward the finish line. As a mixer, it’s no Twister, but it also raises questions about what kind of impact the Lab is likely to have.

For the East Village – if nothing else – when the Lab moves on, the ameliorations to the park site will remain. The idea of urban labs and think tanks is definitely au courant, but how to link-up these idea-generators with the influencers of urban conditions is one of the conundrums of our time. A tour along the bike lanes of Lower Manhattan culminating in a ride along the Hudson River up to the new extension of the High Line (see Azure’s September issue for more on this) convinced me that at least in New York someone is listening. These relatively simple insertions – bike lanes, the High Line – reflect a new attitude toward urban livability that gives reason for optimism.

Over the next six years there are plans for two additional cycles of the BMW Guggenheim Lab, each with its own theme and structure visiting three cities yet to be announced. At the conclusion of the first cycle, in 2013, the findings will be presented in an exhibition at the New York Guggenheim. Kudos to BMW and the Guggenheim for taking on a meaningful mission.

SHARE
Twitter, Facebook, LinkedIn, Pinterest, Email
TAGS
Event, Urbanism,
AZURE is an independent magazine working to bring you the best in design, architecture and interiors. We rely on advertising revenue to support the creative content on our site. Please consider whitelisting our site in your settings, or pausing your adblocker while stopping by.