Body, Object, Enclosure Explores Digital Fabrication in Interior Design
Digital fabrication is leaving an indelible mark on the creative landscape, and as technologies continue to advance, there are many changes to expect. 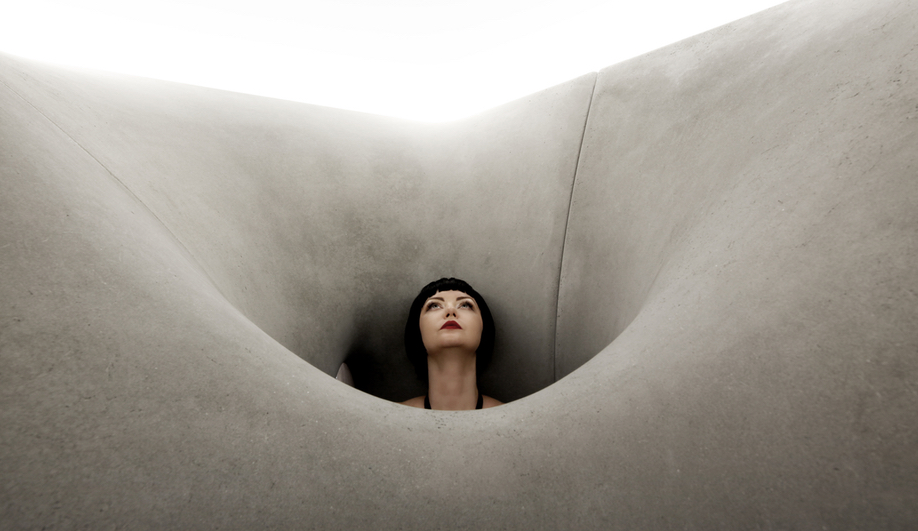 This week, Ryerson School of Interior Design (RSID) aims to draw back the curtain with an intriguing symposium and exhibition that focuses on how interior design stands at the vanguard of potential when it comes to digital fabrication. Titled Body, Object, Enclosure, the two-day event (October 13 and 14) brings together a stellar roster of 10 industry professionals from across the globe to share their experiences, insights and expertise through a series of talks and roundtable discussions.

As the title implies, the theme is threefold, and appropriately, the engaging lineup of experts coming to Toronto crosses the threshold of multiple disciplines, creating and making in interior design, architecture, art and product and fashion design.

Exposing how digital fabrication is changing spatial environments, objects and architecture, the free and open to the public event will seek to reveal the bridges that are being built to carry traditional craftsmanship into the ever-evolving high-tech world through the integration of digital tools and methods.

Here are a number of speakers who are included among the rich talent pool.

Keynote speaker Katherine Faulkner of New York- and Boston-based architecture and urban design firm NADAAA will reveal how the tools and technology of digital fabrication are making the notion of gesamtkunstwerk – a comprehensive work of art in which the designer has total control, from the vision to the means and methods of production. Referencing several of her Boston and New York firm’s projects, Faulkner will examine how the role of the architect within the framework of the building process can be reconsidered when it comes to the utilization of computational tools. At the DX, Saturday, October 14, 4:00pm 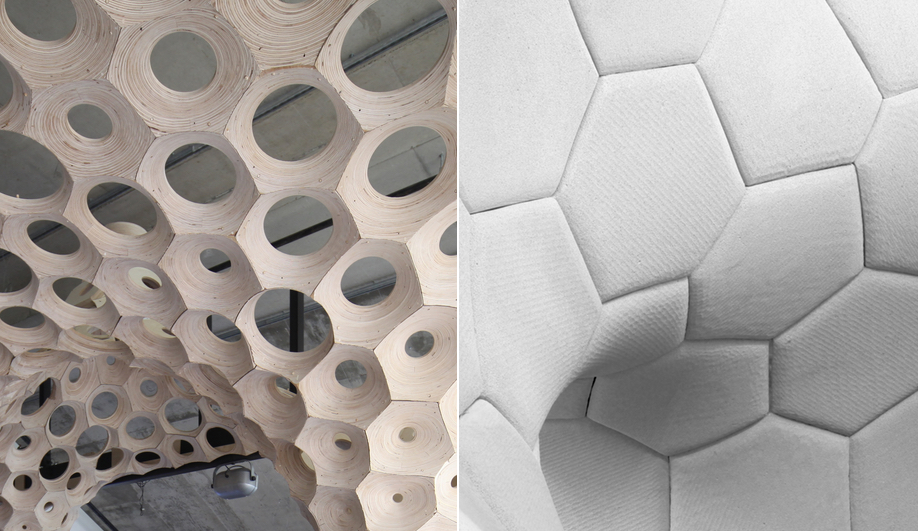 Brandon Clifford, co-founder of Matter Design in Boston, has established a firm that revolves around the relationship between drawing and making with firm partner Wes McGee. The exciting and experimental nature of their work often breaks from convention and piques curiosity (including Microtherme, a sculpted concrete interior that was a finalist and People’s Choice in the 2017 AZ Awards). Clifford will be speaking about the challenges that “surround spatial typologies in relation to the human body, and rendering the body into inorganic matter.” Friday, October 13, 1:30pm 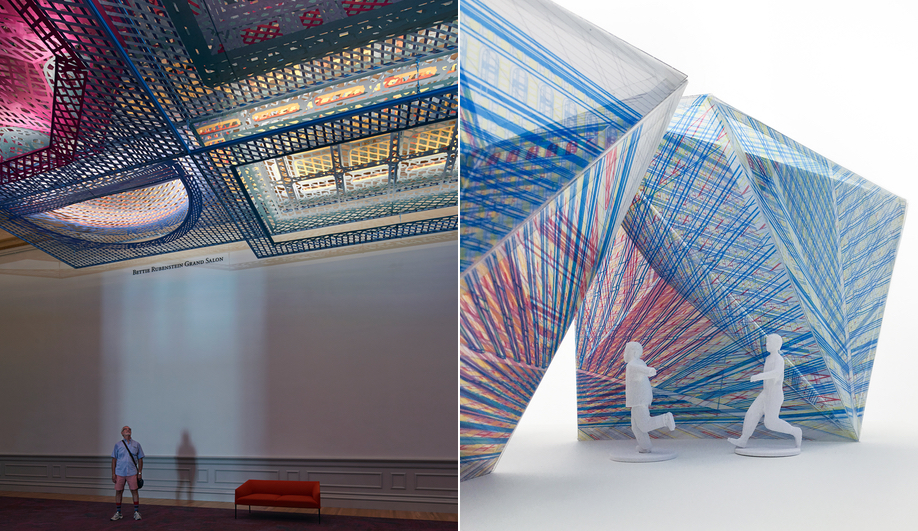 With offices in New York and Los Angeles, architect and principal Brennan Buck of FreelandBuck plans to tackle the role that drawing has on built work, paying particular attention to how his firm thinks about fabrication as a way to turn drawing techniques – like linework and hatching – into physical, constructed things. In Parallax Gap (left), a temporary ceiling at the Smithsonian Renwick Gallery’s Grand Salon, a trompe l’oeil employs traditional architectural styles manifested using 21st-ecntury technology. Saturday, October 14, 1:30pm 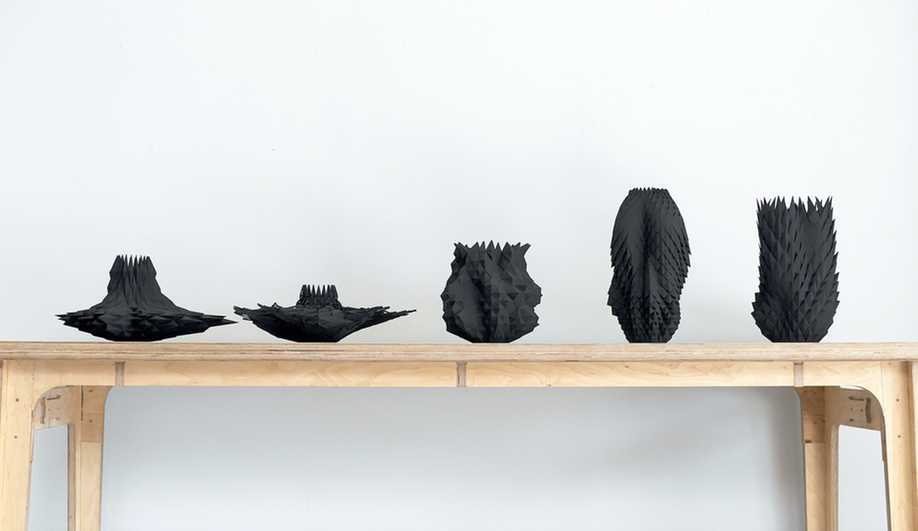 French designer Francois Brument focuses his research on the potentials that digital creation can offer to design. Creating everything from 3D-printed changing rooms for Issey Miyake and lighting that lets the user control its colour and intensity through subtle hand movements, Brument’s design studio In-Flexions (with Sonia Laugier) often blurs the line between digital object and industrial product. Brument will emphasize the importance of considering digital and traditional methods along with physical materials, and how one should look at experimenting with code as they do with experimenting with materials like wood and metal. Saturday, October 14, 11:30am

Body, Object, Enclosure is free and open to the public.