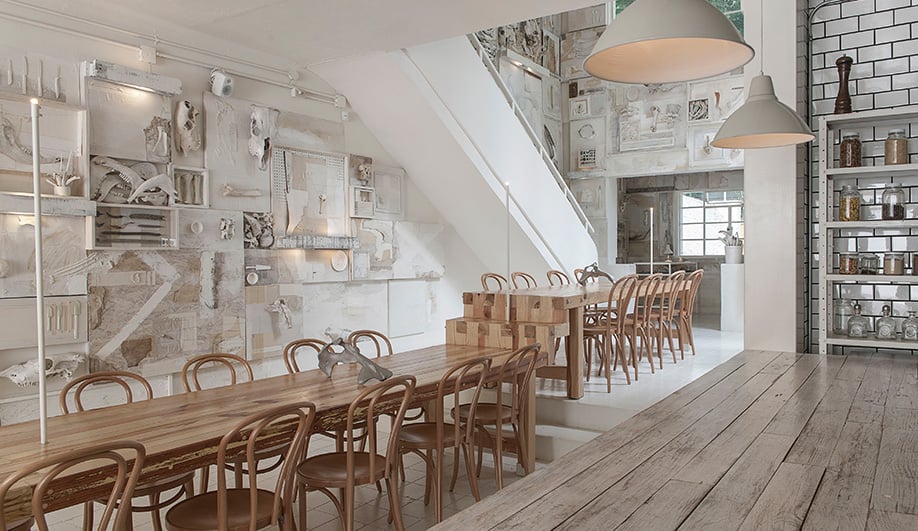 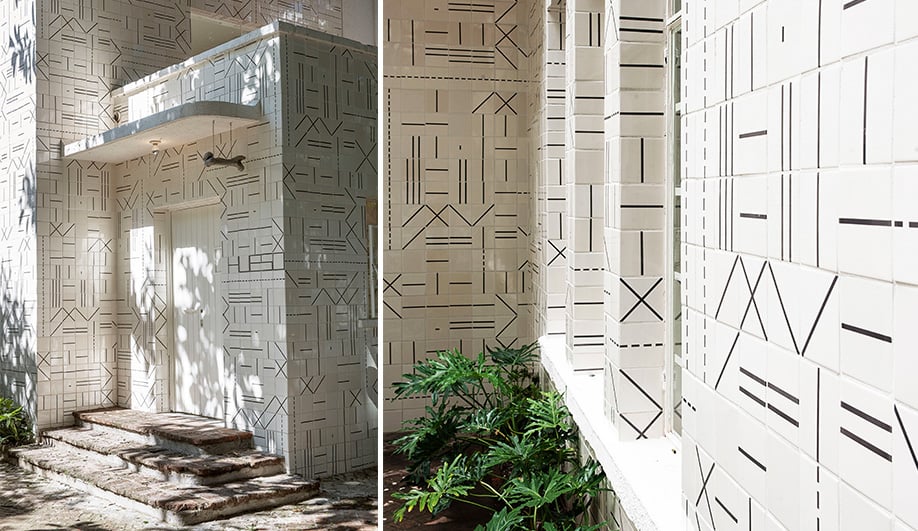 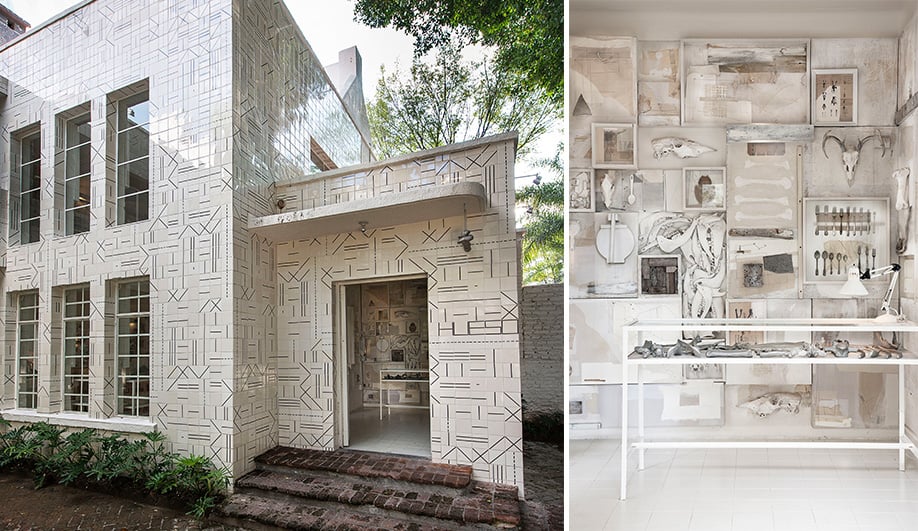 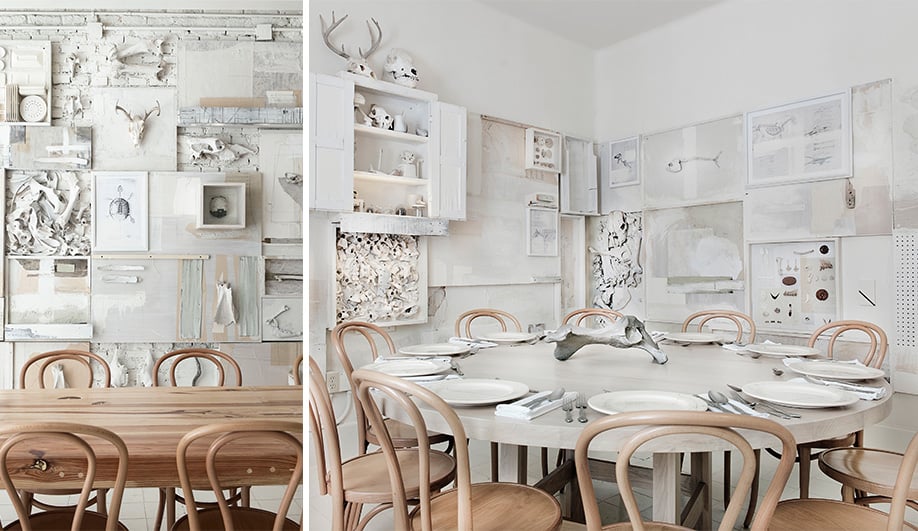 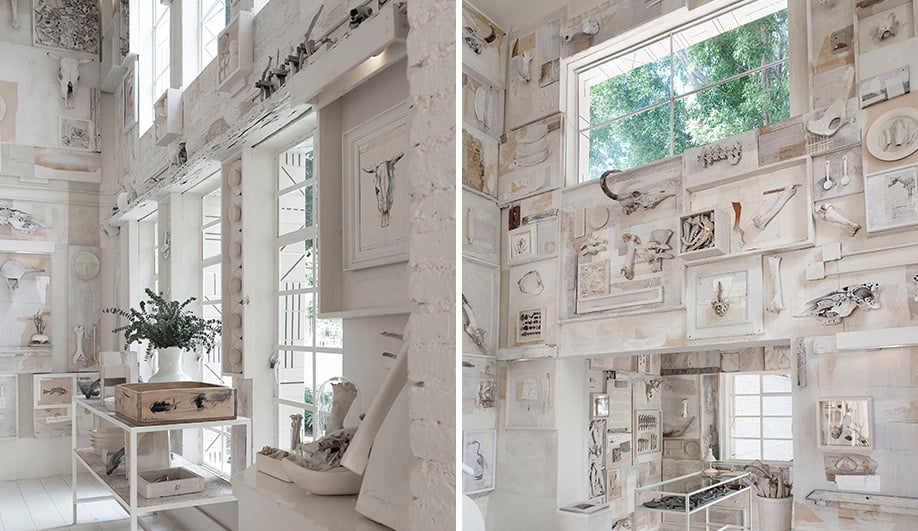 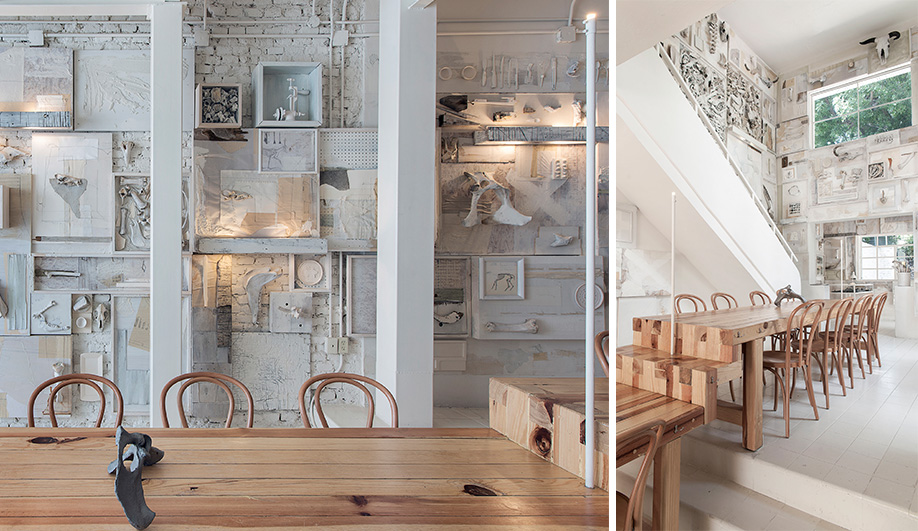 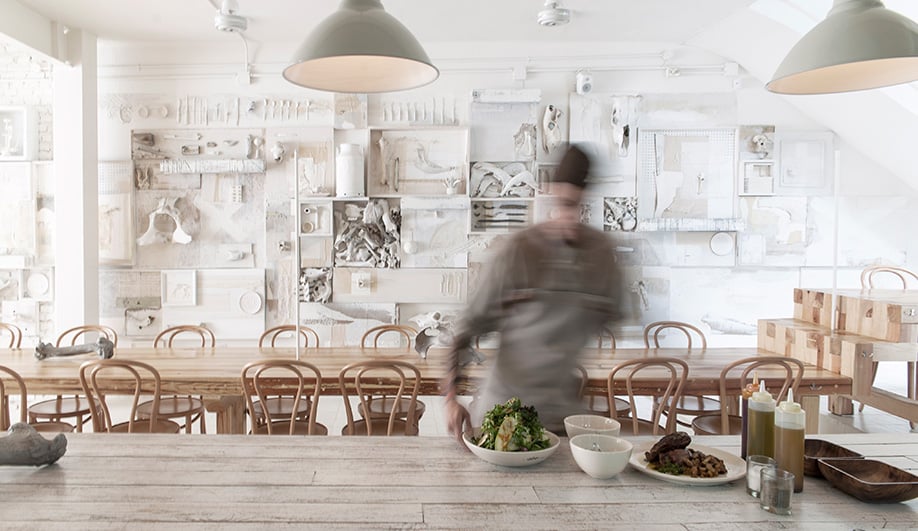 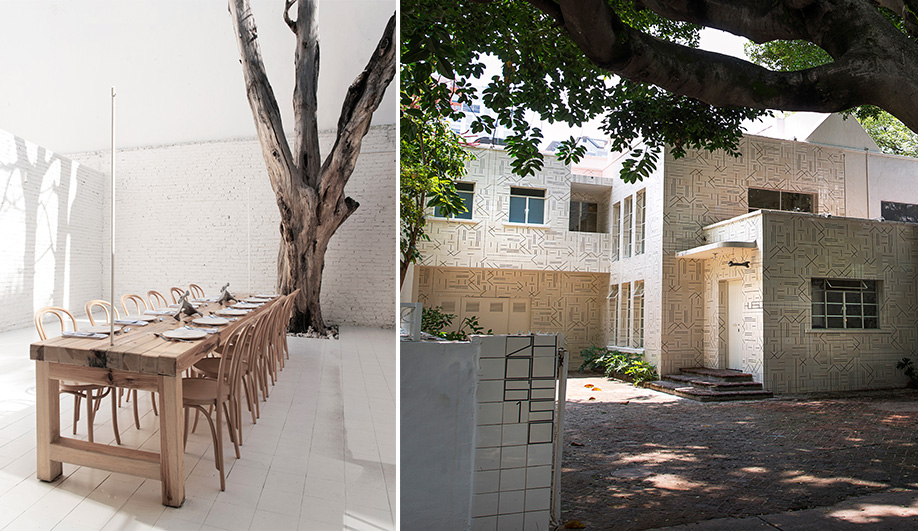 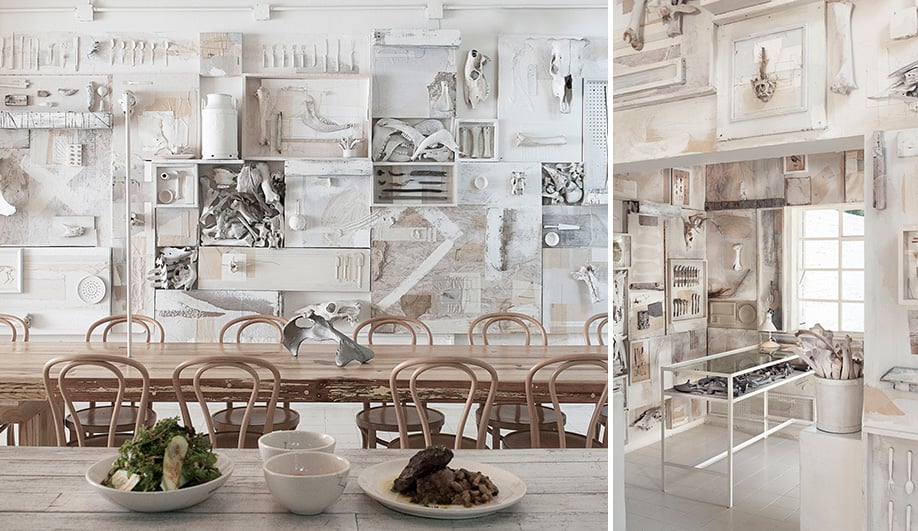 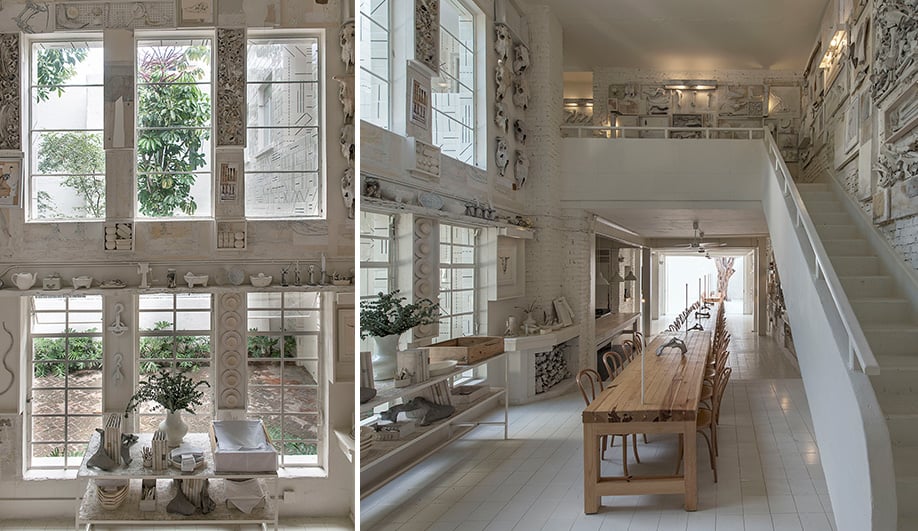 Freshly covered in glossy, white ceramic tile, the exterior of this small, modern building presents a bright and cheerful face to Guadalajara’s Lafayette Design District. It’s not until you approach the entrance and notice the charcoal-black bone hanging ominously above the door that you might wonder just what sort of establishment you’re walking into. Camouflaged in the graphic tile pattern on the wall below, the name of this restaurant, Hueso, is subtly displayed. In English: “Bone.”

Inside, the sun-filled space is as white as the exterior, and decorated with over 10,000 bones. You might guess as this point that vegetarians should run for the hills.

This new concept restaurant, designed by Cadena + Asociados, sees the interior walls stripped to their skeletal structure, painted a ghostly white, and virtually covered in femurs, scapulae and skulls. Some are framed in artful arrangements, while others seem to just float on the wall.

In the entrance foyer a glass reception desk holds a selection of bones cast in aluminum, but elsewhere these bones are left bare. It’s a collection the origins of which might be best left a mystery, but designer Ignacio Cadena admits that it took over six months to amass the assortment of skeletal remains of cows, deer, pigs, goats and birds, gathered from ranches and other locations in the desert.

The main dining area is long and narrow, featuring a single table that runs then length of the room. Constructed from reclaimed wood, the table features a step in the middle, in order to continue, uninterrupted, between two floor levels. At the far end of the table, the back wall opens to a courtyard, which is anchored by a large, dead tree. “The tree trunk died many years ago,” explain the designers, “but it seems almost as if it was left in the courtyard as a spectator waiting to meet its dead co-inhabitants.”

The eatery’s eerie adornments are punctuated by white utensils and ceramics by José Noé Suro, who was responsible for the handcrafted tiles that clad the building. Dead bits of flora, such as dried branches and seeds, also play their role as decorative touches. Ample greenery visible through several large windows and a variety of plants inside creates a fascinating juxtaposition of living and dead.