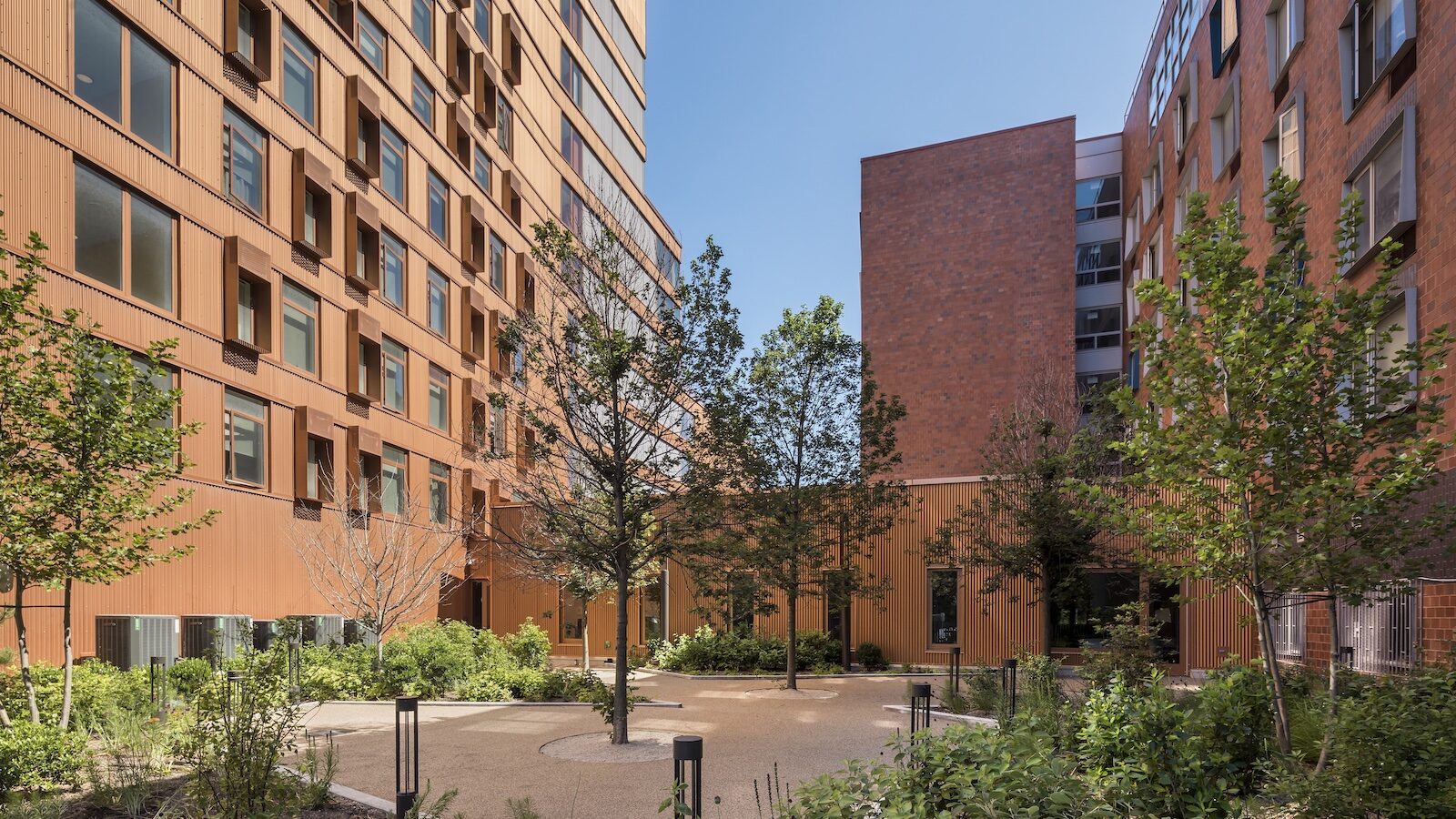 In The Bronx, a Renovated and Expanded Senior Housing Hub

By 2008, the Borinquen Court housing complex was in dire shape. Built in 1981, the seven-storey apartment building on 138th Street in the South Bronx’s Mott Haven neighbourhood was developed under the United States Department of Housing and Urban Development’s (HUD) 202 program to provide homes for elderly and handicapped residents, also becoming the first such project in the country to be supported by a Puerto Rican organization.

Yet, like many 20th century social housing projects, the Borinquen Court apartments were never adequately maintained, leading HUD to place the building into foreclosure to force a change in ownership in 2008. The Tenants Association selected the West Side Federation for Senior and Supportive Housing (WSFSSH) to manage the complex — ushering in a decade of transformation.

After assuming management in 2010, WSFSSH undertook a USD $12 million renovation of the mid-block complex, funded by a refinancing of the property. Led by local designers Shakespeare, Gordon, Vlado: Architects, the project saw the seven-storey apartment building thoroughly updated, with each of the 145 suites renovated, along with new mechanical and electrical systems, brownfield remediation and landscape, as well as an eye-catching facade revitalization. (Subtly yet irregularly extruded metal window fins add a note of depth and dynamism to the brick frontage, along with pops of colour.) 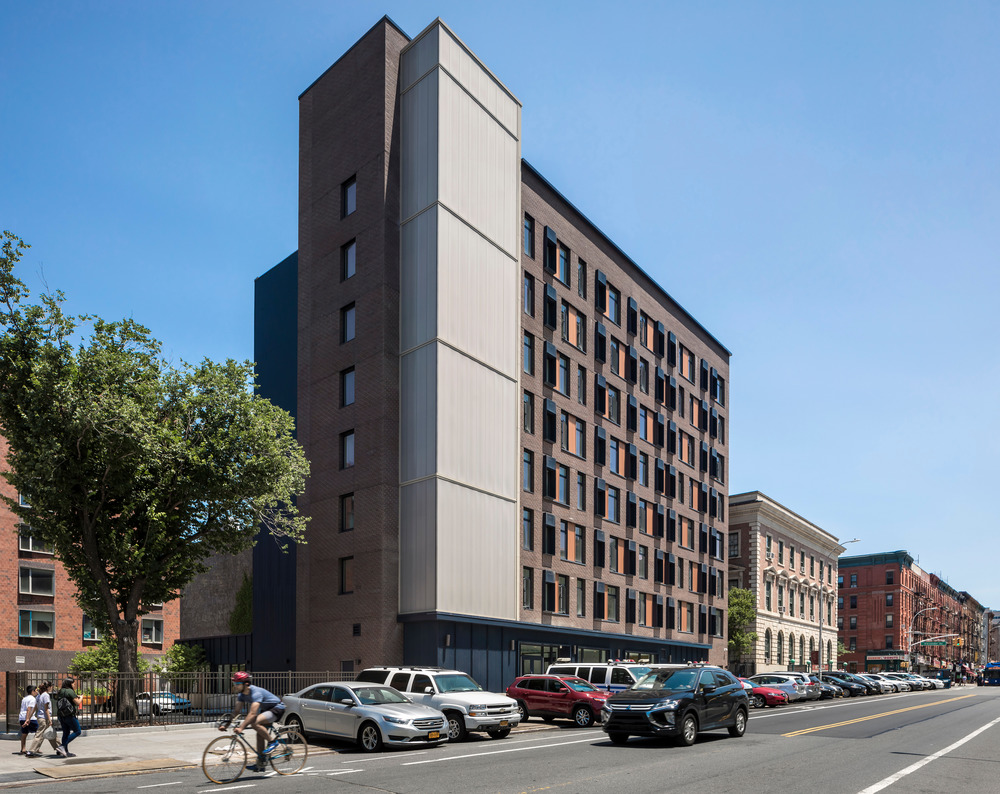 Completed in 2015, the renovation also carved out space for improved on-site resident services and community spaces, including a commercial kitchen used by a local senior’s centre. Meanwhile, WSFSSH and Shakespeare, Gordon, Vlado planned an expansion of the complex, lobbying the city to update zoning, and allow a pair of new buildings to flank the mid-block apartment tower. Conceived as a “tower in the park” complex, the original building was surrounded by underused green space and surface parking.

In 2020, the handsomely updated seven-storey building was joined by a pair of new neighbours, creating a community now dubbed Tres Puentes. Named for the three nearby bridges that connect the South Bronx to Manhattan (with a nod to the site’s Puerto Rican heritage), the site is now home to an additional 174 affordable apartments (including 20 fully accessible suites), geared to independent seniors. 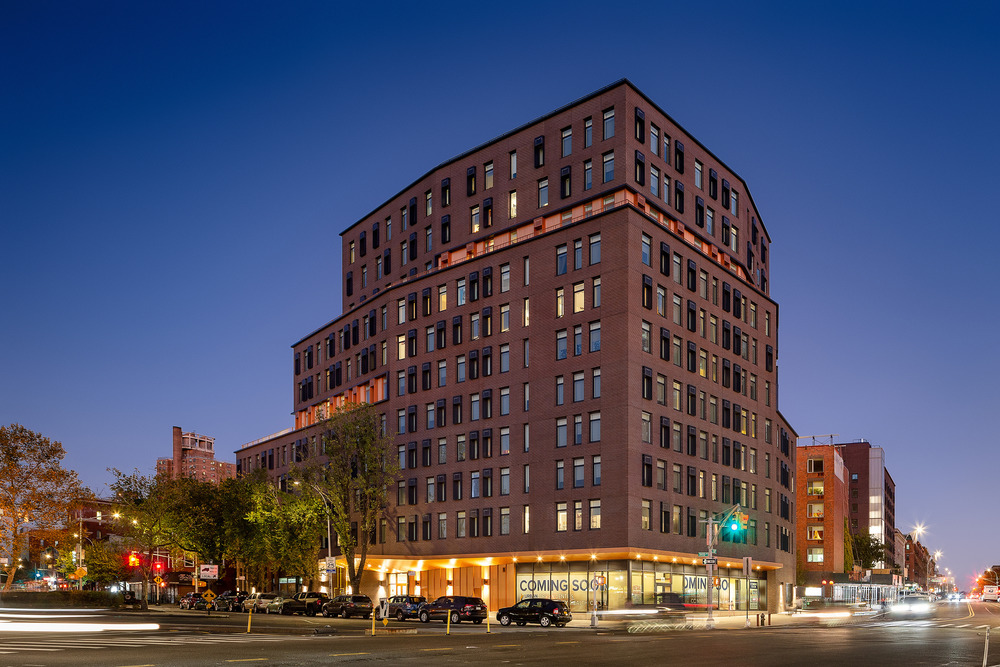 On the busy corner of 3rd Avenue and 138th Street, the new West Building is the community’s assertive urban face. Completed at a budget of $50 million, the 11,330-square metre building features 118 affordable units, along with amenities, community spaces and on-site services, including case management, medical and mental health care. Fronting the corner, a new community health centre is a prominent neighbourhood presence. 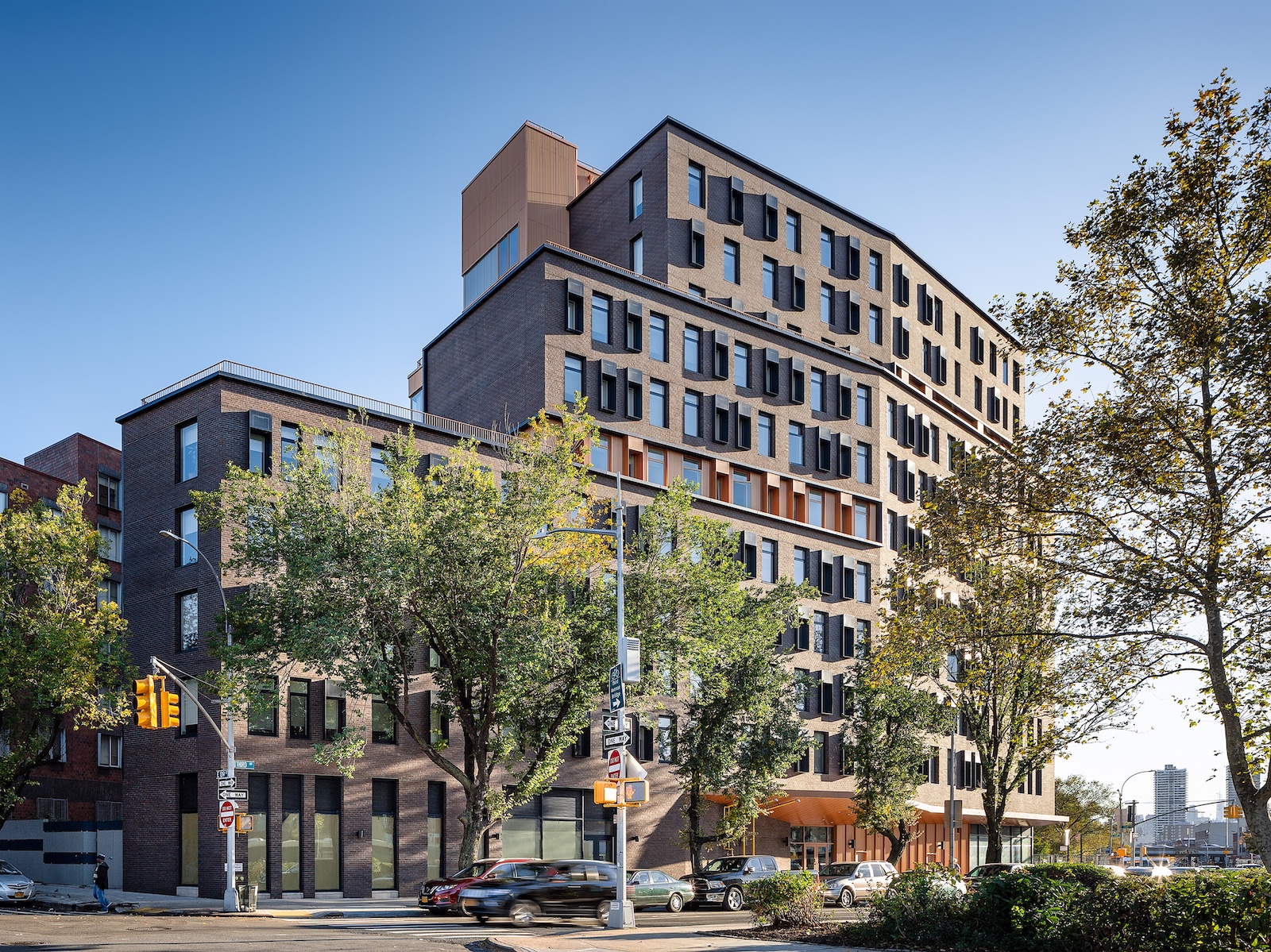 On 138th Avenue, the smaller East Building is a carefully scaled addition to the urban fabric. Comprising 56 units, the 4,800-square-metre structure was completed at a cost of $23 million. A more urban, street-fronting complement to its older neighbour, the building is elegantly accented by its stairwell, which lights up like a beacon behind the opaque glass. 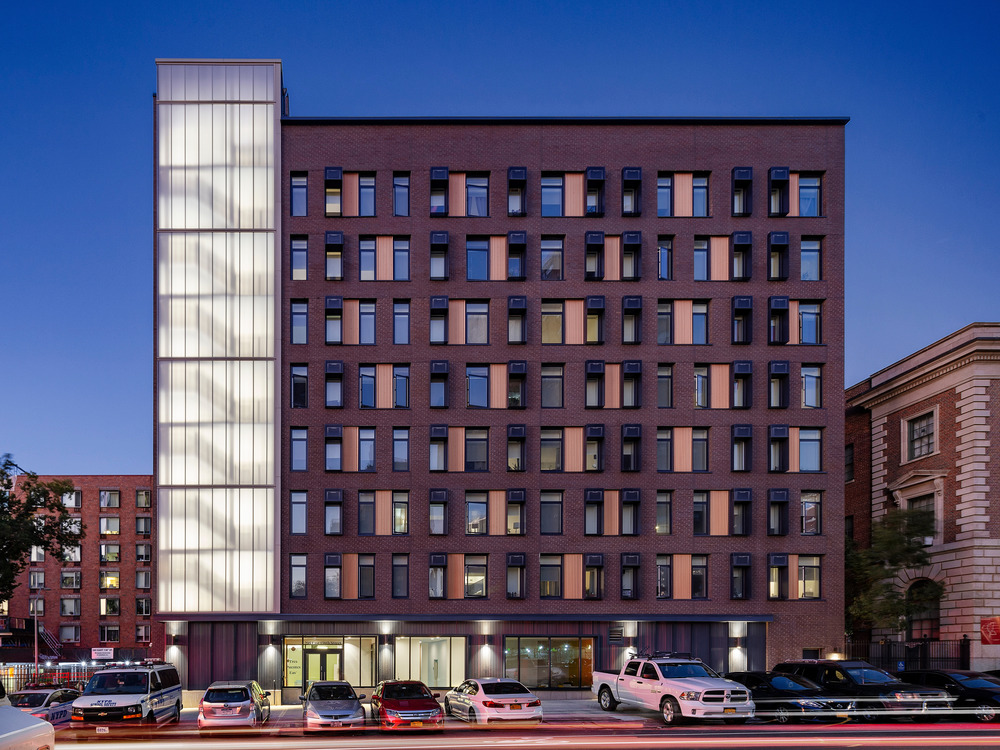 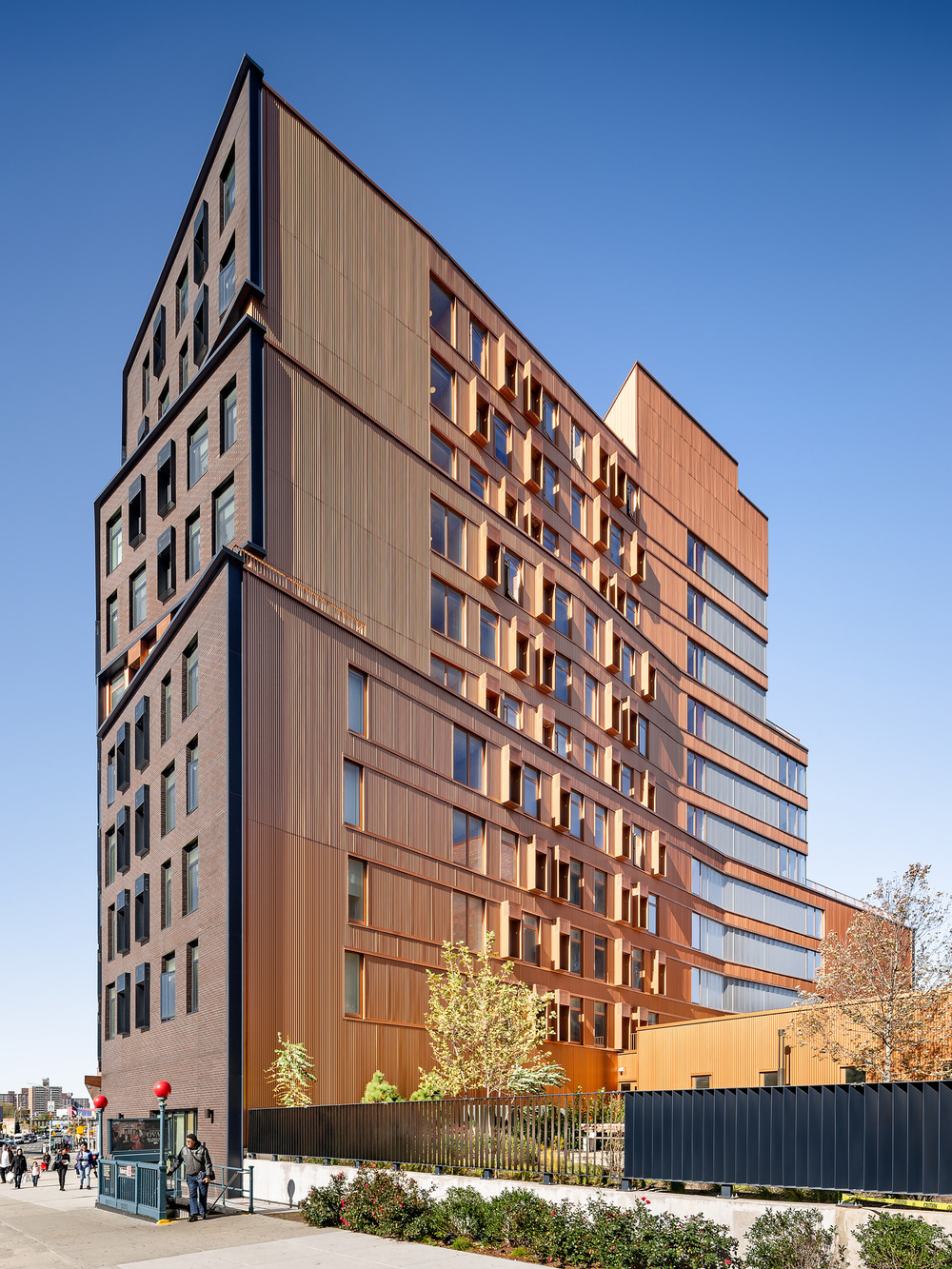 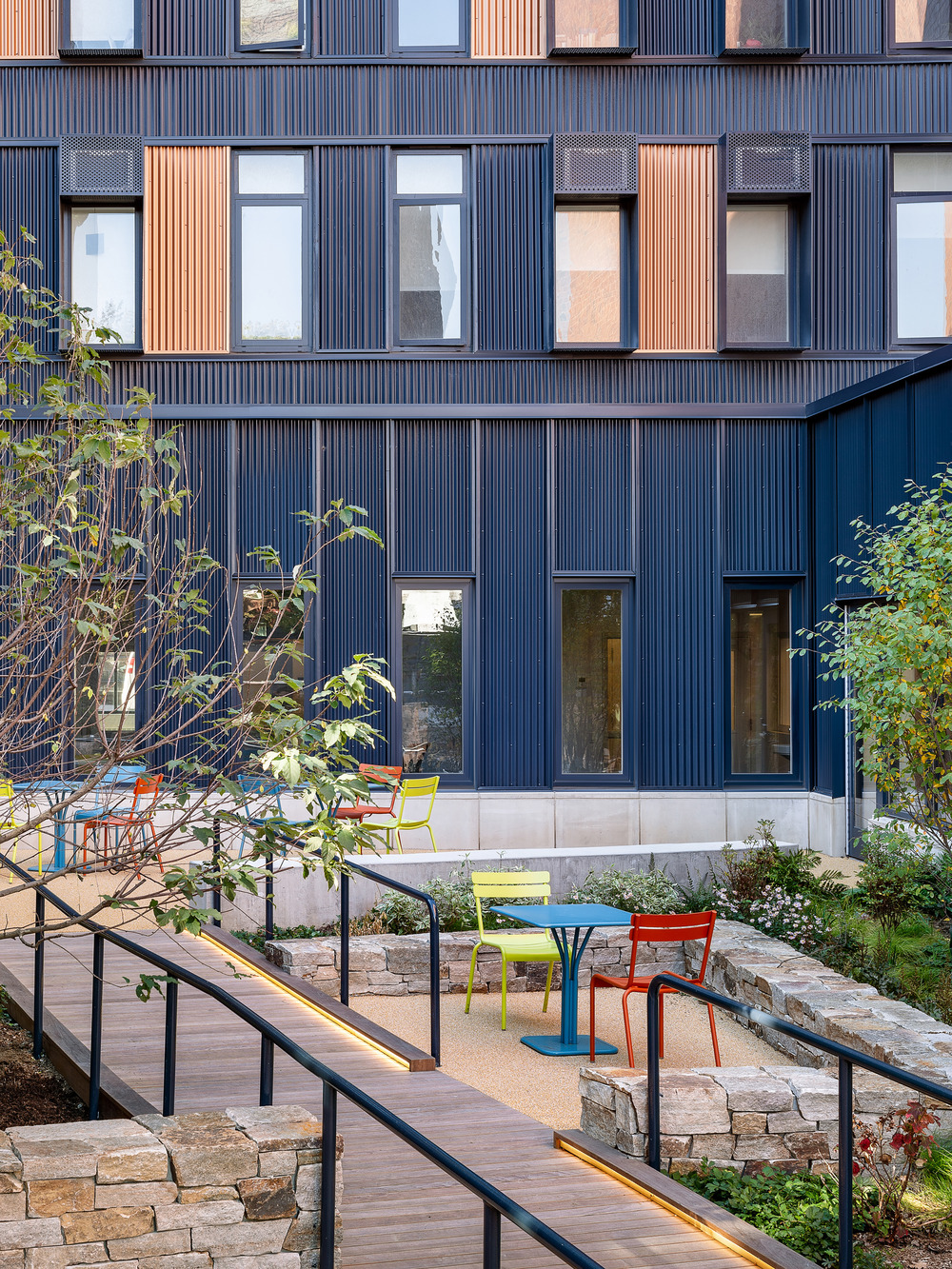 Emphasizing access to natural light, the bright interiors feature bright pops of colour, adding a sense of energy — and intuitive wayfinding — to the lobbies and elevator bays. Throughout, light wood tones complement the solid colours with a soothing ambiance. 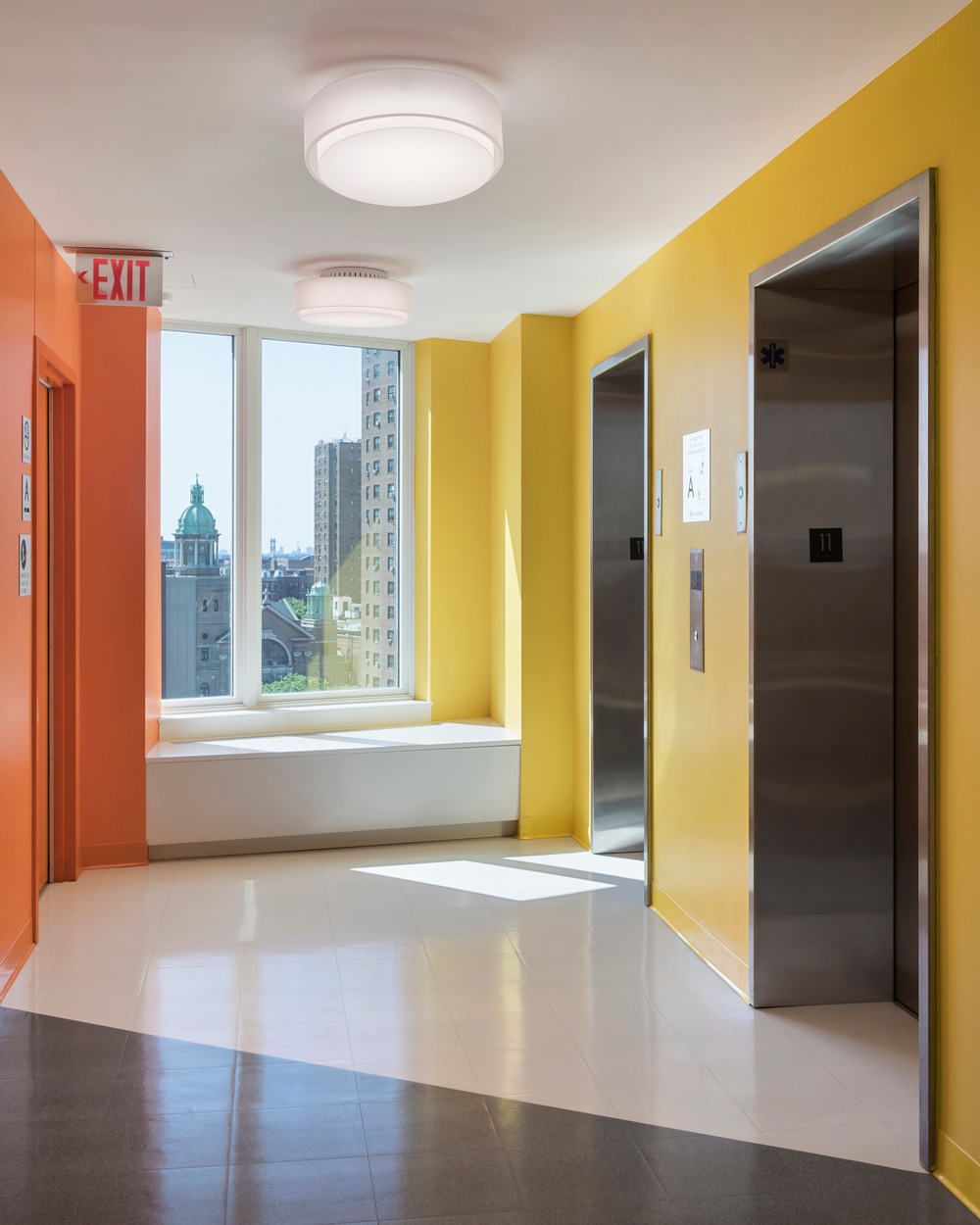 Built to facilitate dignified aging and expand housing stock, the Borinquen Court Trest Puentes complex is an understated local landmark. Under WSFSSH management, the expanded complex continues to operate under the Section 8 Housing Assistance program, under which households pay 30 per cent of their adjusted monthly income to rent, and eligibility for tenancy is capped at 60 per cent of Area Median Income or below. 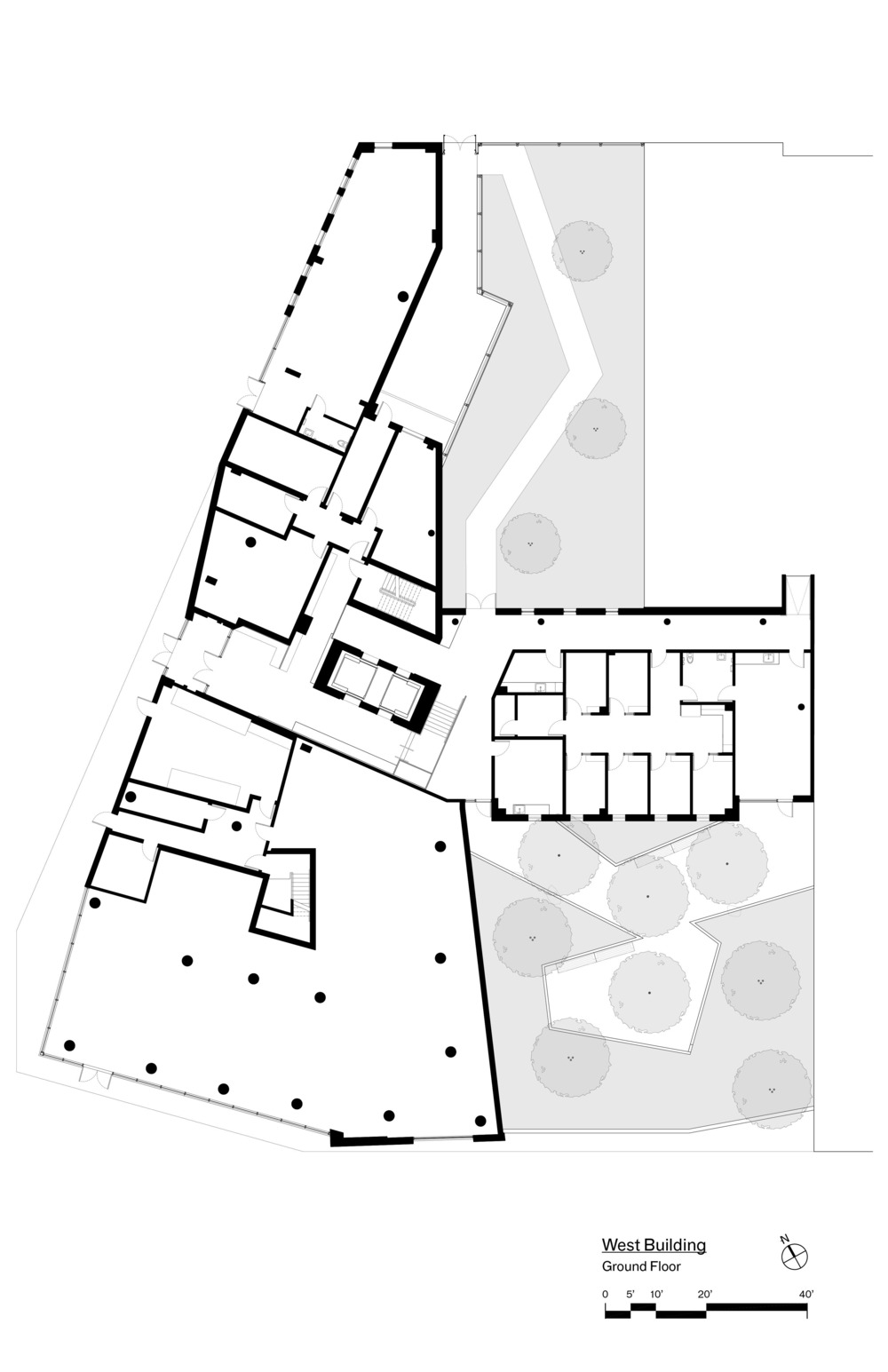 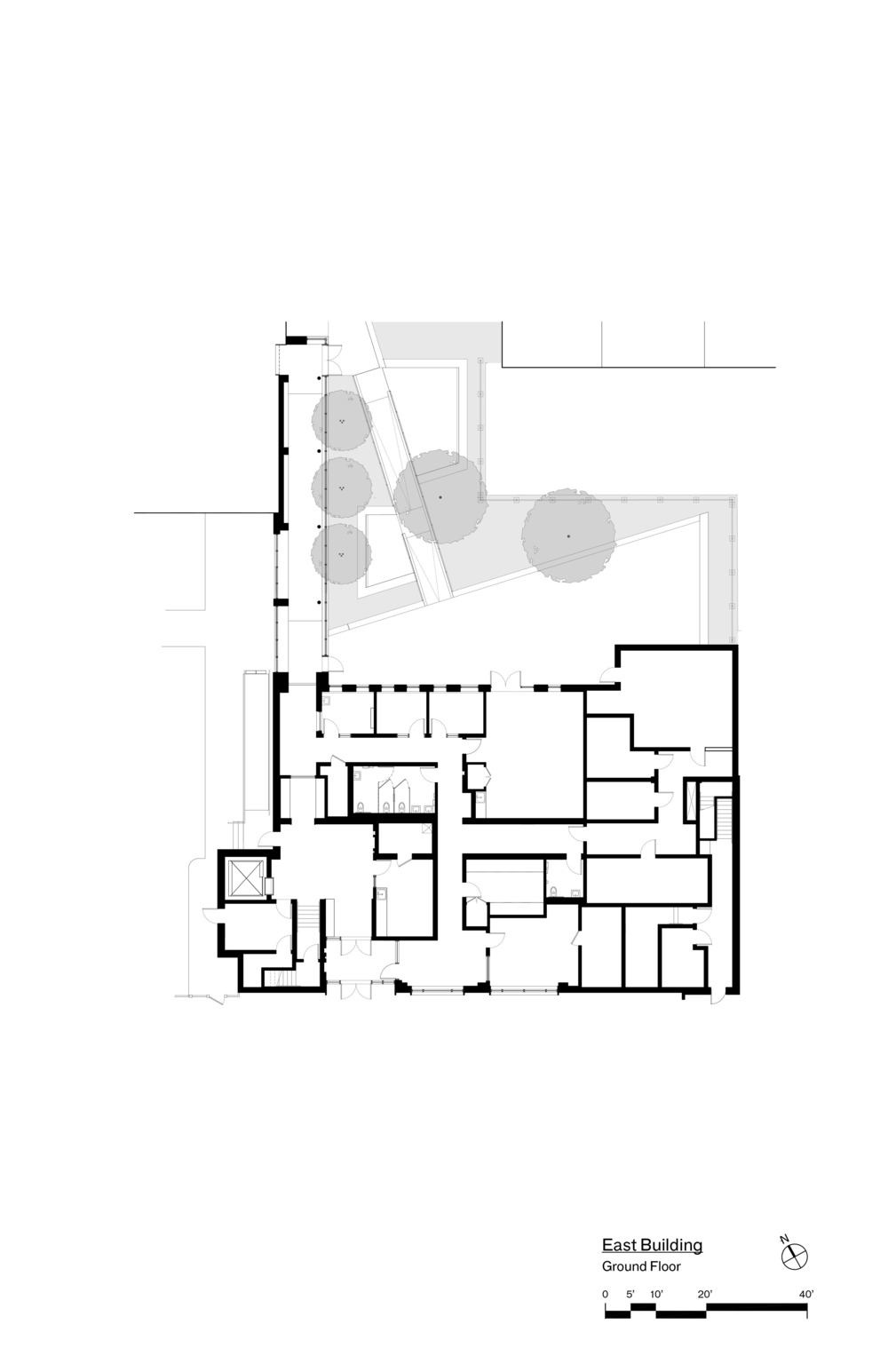 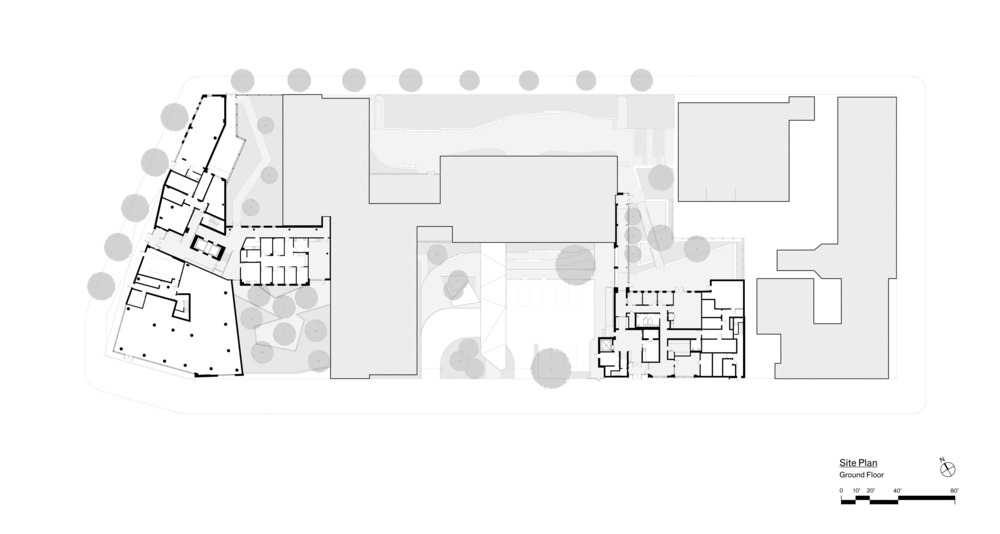 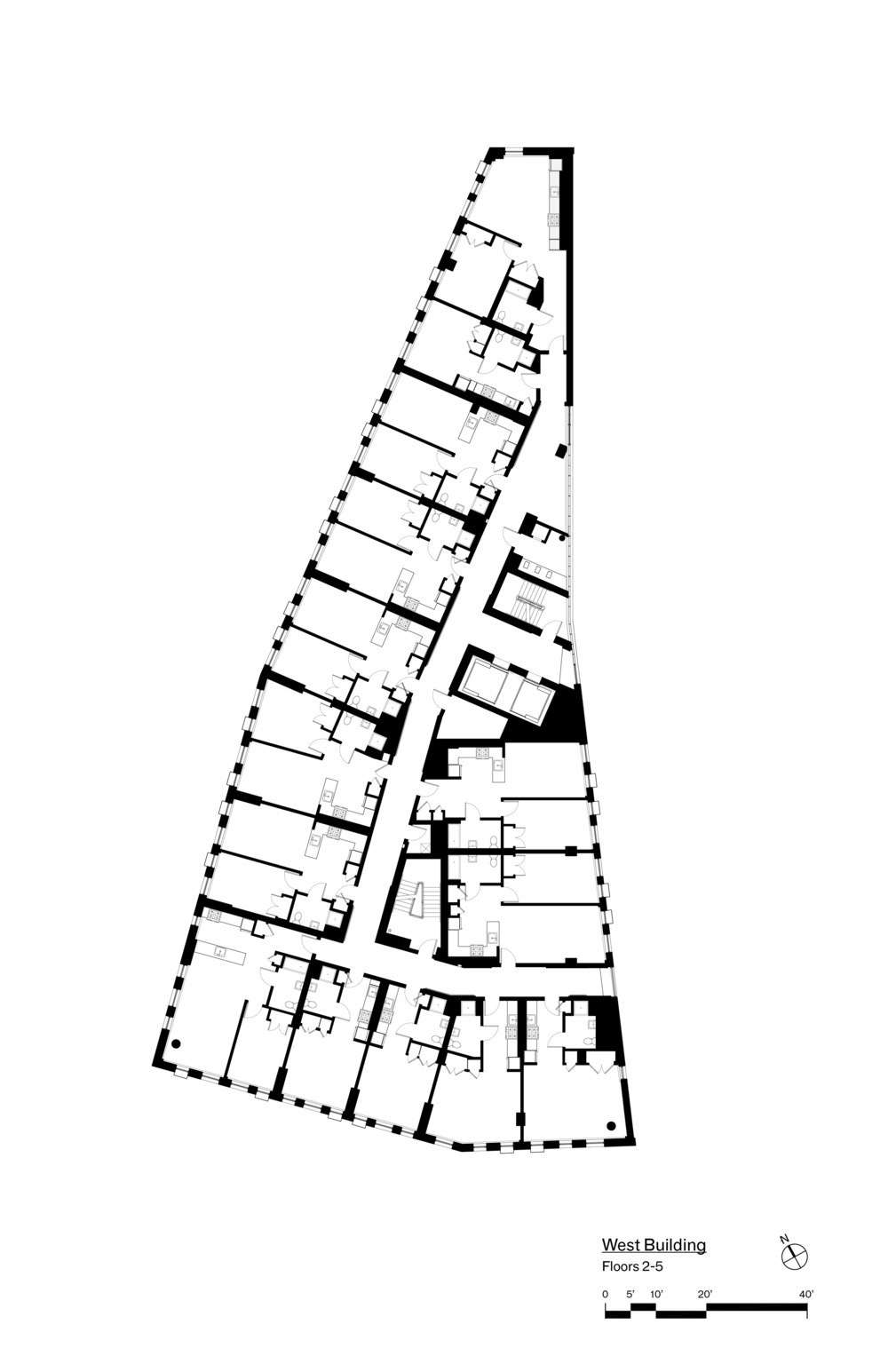 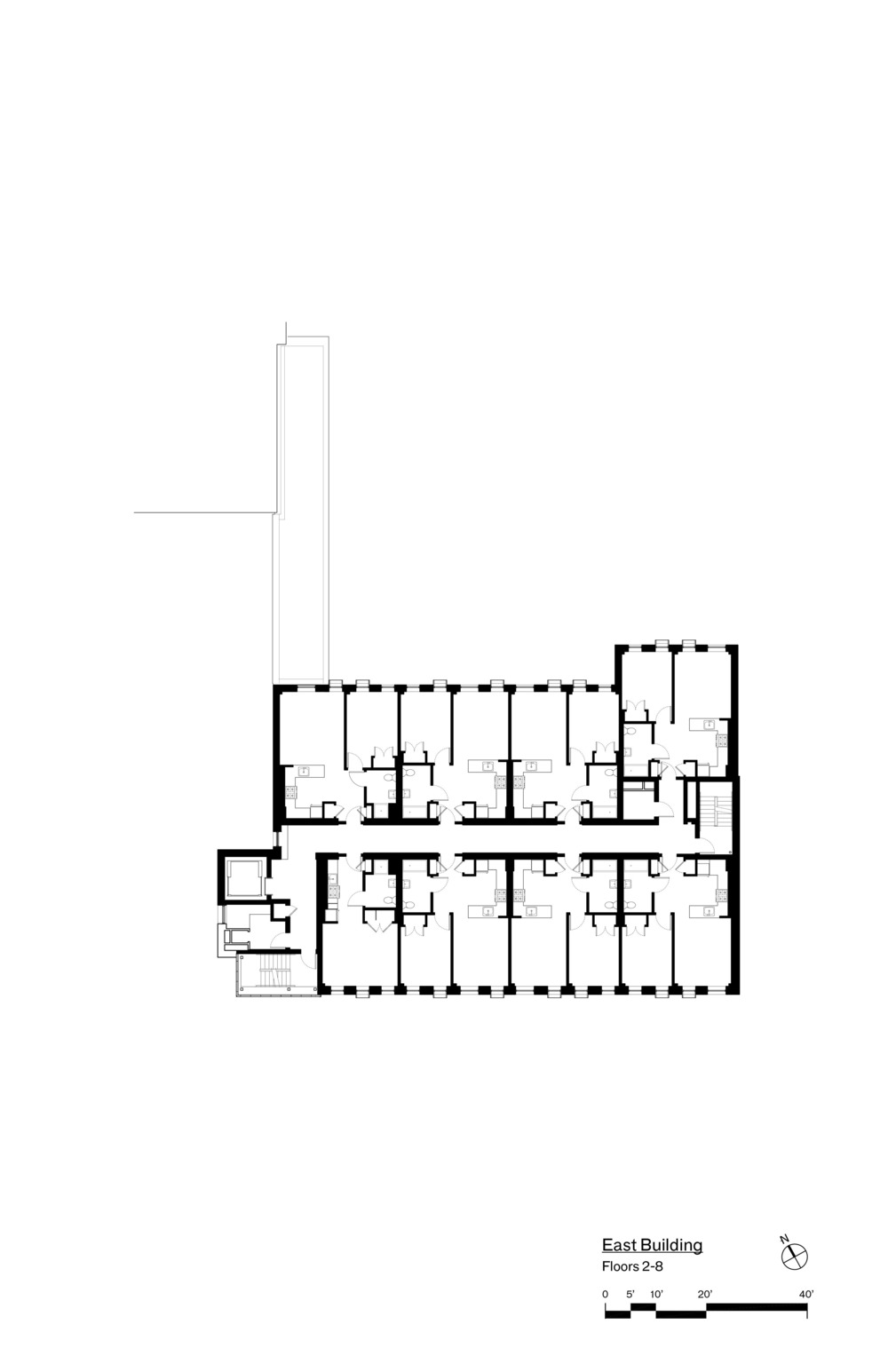 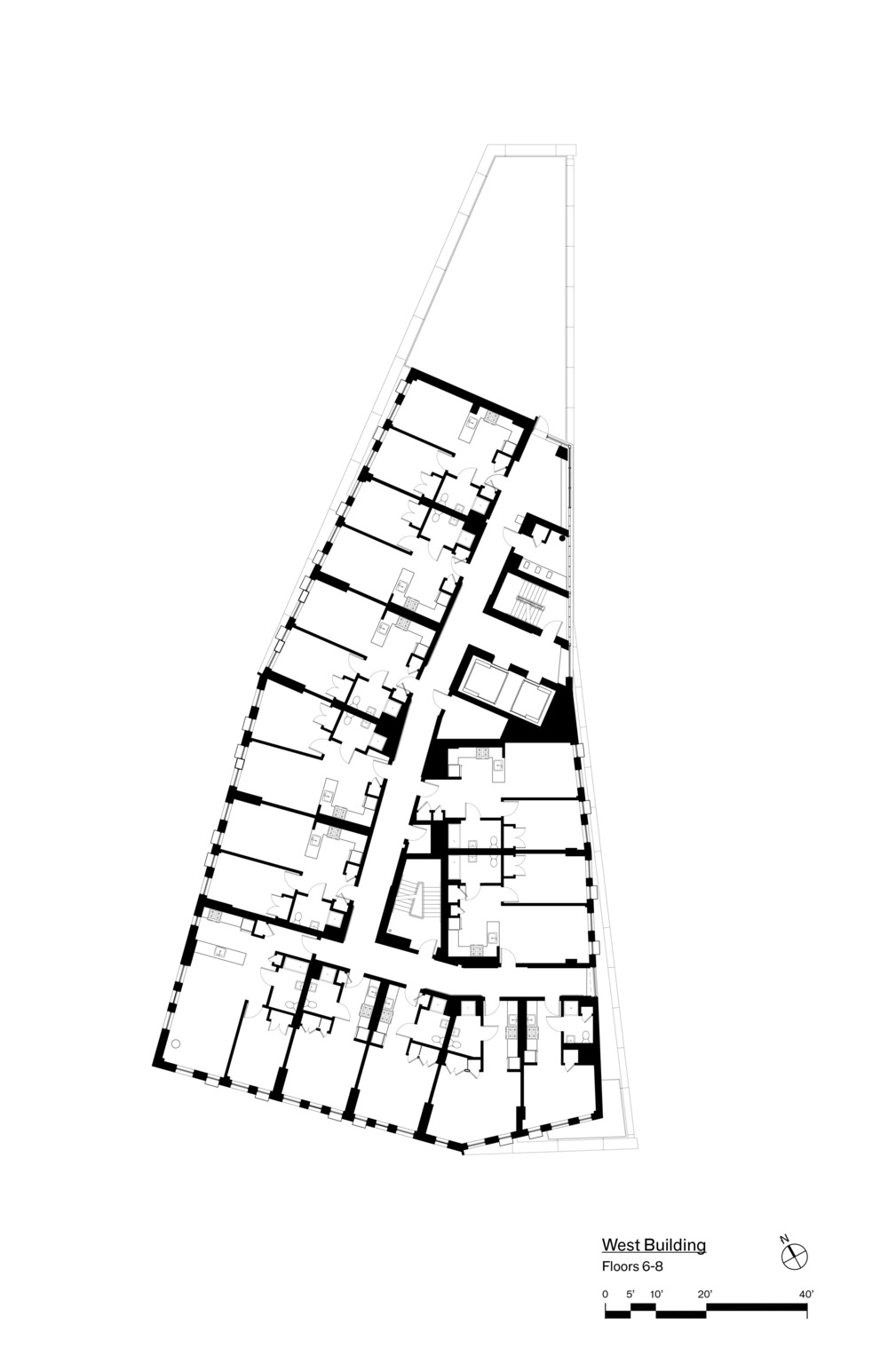 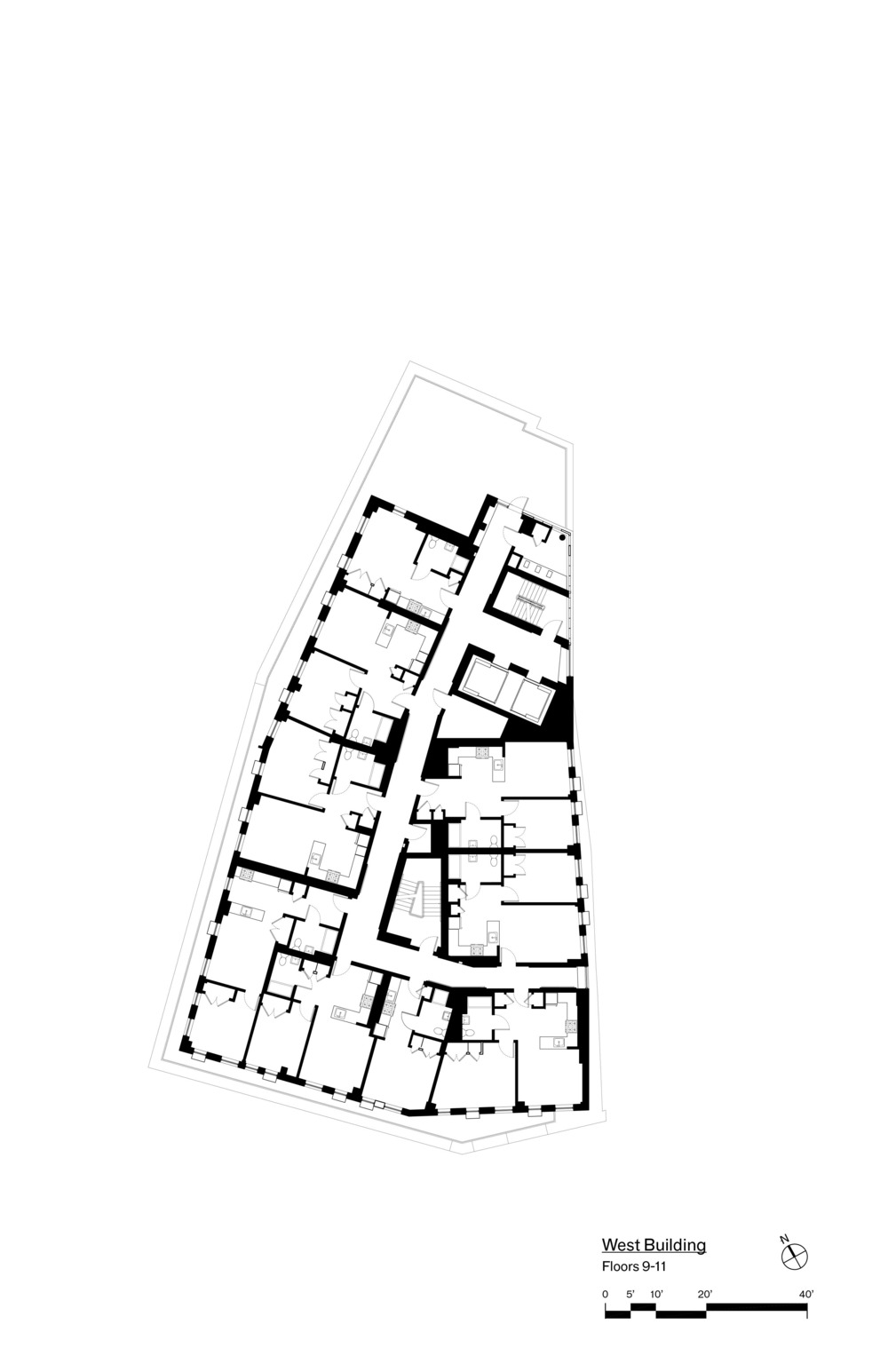