This Dutch Design Studio is Proposing a Chair-Free Future
Breaking Habits﻿, a new installation by interdisciplinary Dutch studio RAAAF, explores how a chair-free environment could have positive health outcomes. 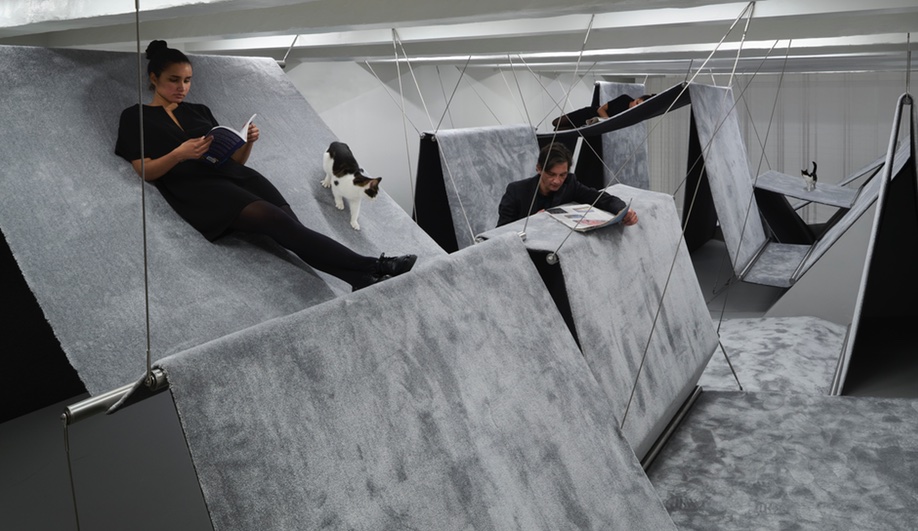 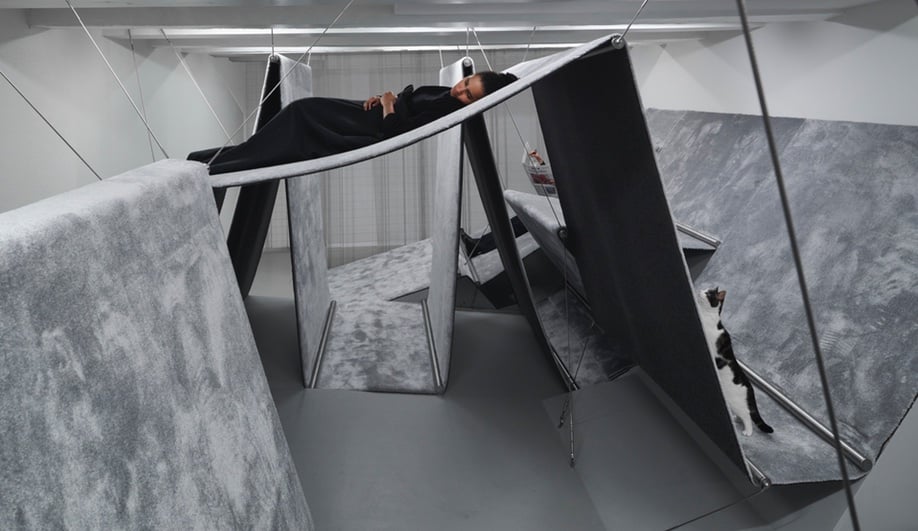 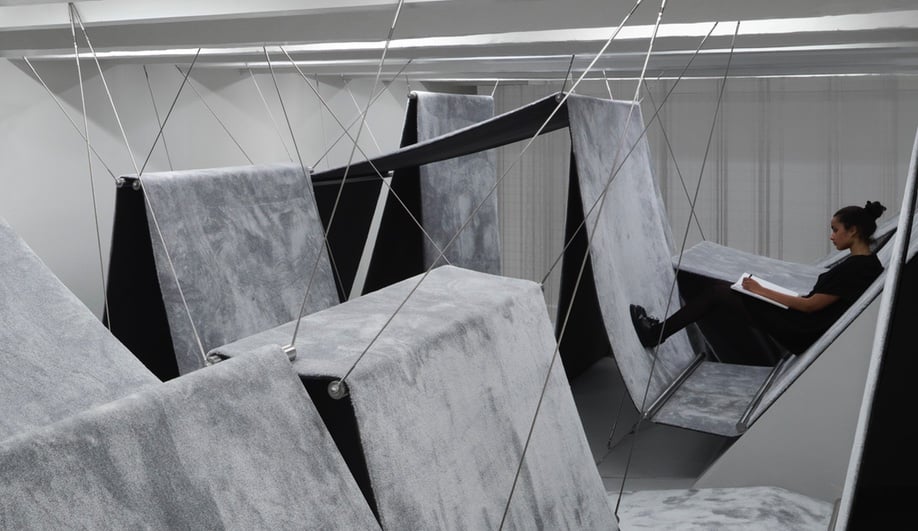 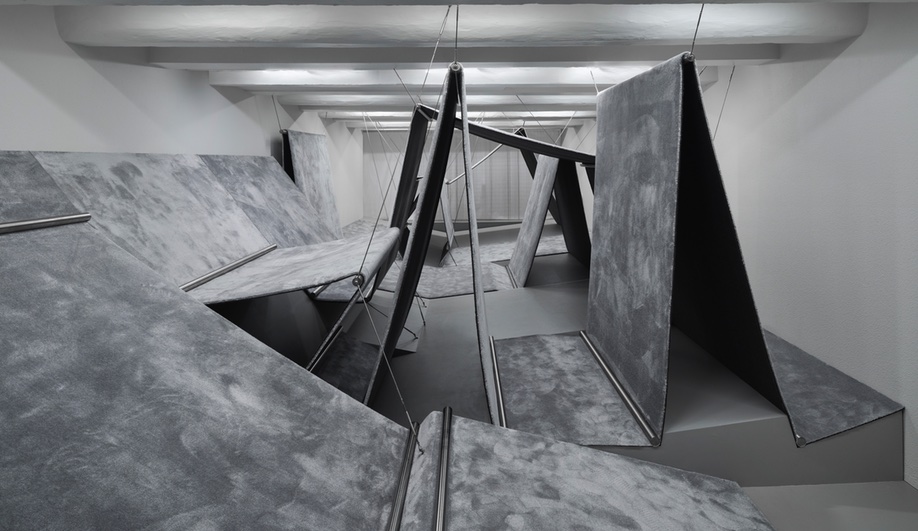 For the second time in three years, RAAAF (Rietveld Architecture-Art-Affordances) has unveiled an installation that proposes a simple way to improve our health: avoid sitting.

Now on view at the Mondriaan Fund for Visual Arts in Amsterdam, Breaking Habits is a new interactive work by the experimental studio. The installation is a follow-up to the studio’s 2014 work, End of Sitting; both are conceptual habitats that provide alternatives to seated positions, in response to research that links too much sitting to heart disease, diabetes and cancer.

End of Sitting (produced in collaboration with artist Barbara Visser) proposed a futuristic workplace, where desks and chairs are replaced by a jagged assemblage of angular forms. The 3D shapes, all at varying heights, provided spots for leaning against, resting laptops on, and laying across. Breaking Habits is less structured. A carpet-like material has been stretched across steel cables and rods to form angles that provide support for all kinds of positions, except sitting.

“Breaking Habits is the next step in our vision on the current ‘Sitting Society’, now not focusing on the office of the future but on the domestic environment, the home of 2025,” says David Habets, RAAAF member. “The materiality and spatial orientation in the art installation is completely different from the End of Sitting. It’s focus is less on how we can undo with chairs in our work life. It is investigates what possibilities our homes can offer us to break with our entrenched living habits.”

Instead of a flat foundation, RAAAF created a tilted floor for the installation. The vertical surfaces of the carpeting are at a 90-degree angle to the ground, allowing users to lean comfortably into the material. The carpet adjusts to the user’s body weight and, because of the tension created by the cables, it maintains a supportive position.

The pile of the carpet leaves traces of a user’s body position which, according to Habets, is important to the function of the installation. “The traces reflect the history of engagement with the ‘affordances’ offered by the installation. This is important because what really matters for a more active, less sedentary lifestyle is changing positions over time.”

RAAAF’s ongoing exploration of chair-free environments (prior to End of Sitting, the studio produced an animation with Visser called Sitting Kills) is based partly on philosophical research by studio co-founder Erik Rietveld, who’s interested in the concept of affordances which are, as he explains, “the possibilities for action that the environment offers us.” The concepts produced by the studio are translations of Rietveld’s research into architectural interventions.

Breaking Habits opened to the public on February 16. Visitors to the Mondriaan Fund are encouraged to interact with the installation, and attempt different positions amongst the carpeted landscape. Habets says the cultural organization’s staff have been using it intensively since it was installed, as a meeting room and break spot, and researchers from the University of Groningen have plans to study interactions with the installation.

SHARE
Twitter, Facebook, LinkedIn, Pinterest, Email
TAGS
Concept, Installation,
AZURE is an independent magazine working to bring you the best in design, architecture and interiors. We rely on advertising revenue to support the creative content on our site. Please consider whitelisting our site in your settings, or pausing your adblocker while stopping by.