Brilliant New Products at Tom Dixon’s MOST
At the second edition of Tom Dixon's show at the Museum of Science and Technology, Studio Job, American Design Club, V8 Designers and more are presenting bold concepts and eye-catching product. 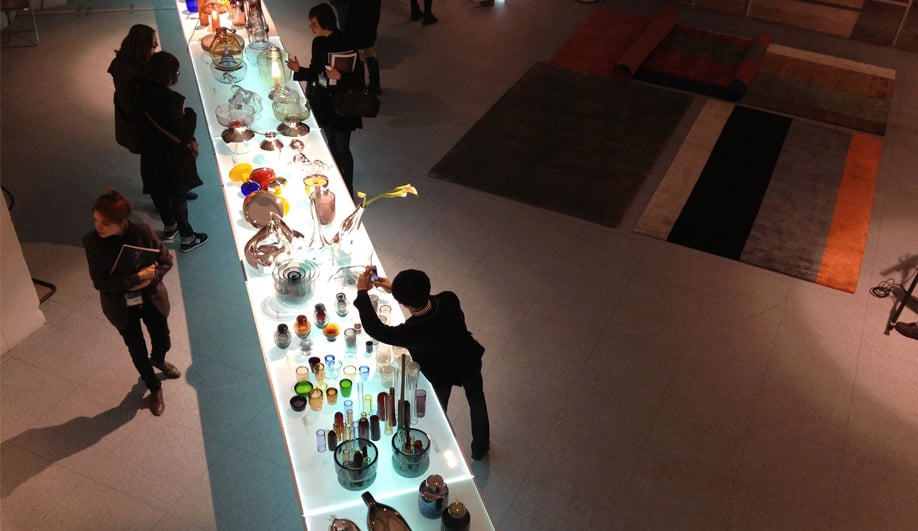 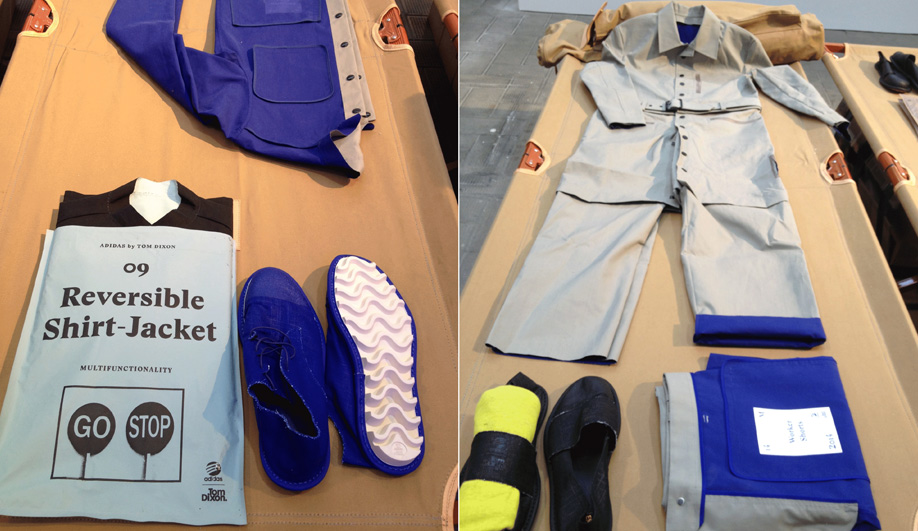 The British designer partnered with Adidas Originals to create an intriguing project called The Capsule, an utterly practical solution for weary globetrotting travellers: how to pack efficiently for a week-long trip. Dixon’s functional attire consists of grey-tone jumpsuits for men and skirt-jacket ensembles for women and a down-filed jacket that doubles as a sleeping bag. The wardrobes fit neatly into matching carry-on baggage and backpacks. Adidas plans to sell the line at its boutique stores in selected cities. 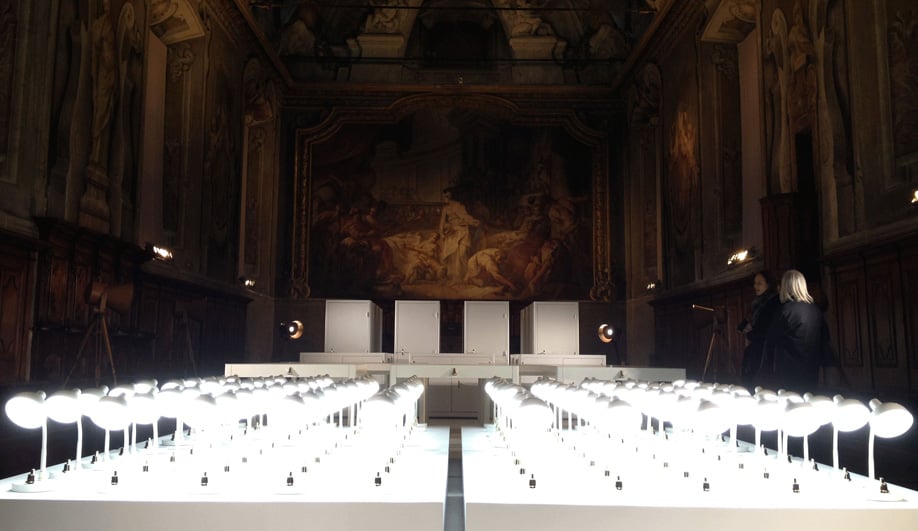 As an idyllic setting in which to launch their all-white office furniture line for Lensvelt, the neo-baroque Antwerp designers chose a refectory off the museum’s main cloister – a stunningly vaulted space covered in frescoes by Pietro Gilardi. The collection includes a task light with an oversize on-off switch, cabinetry that requires a giant golden key to unlock, and desk with drawers that pull open using a golden nose as a pull. Contract furniture has never looked so ironic. 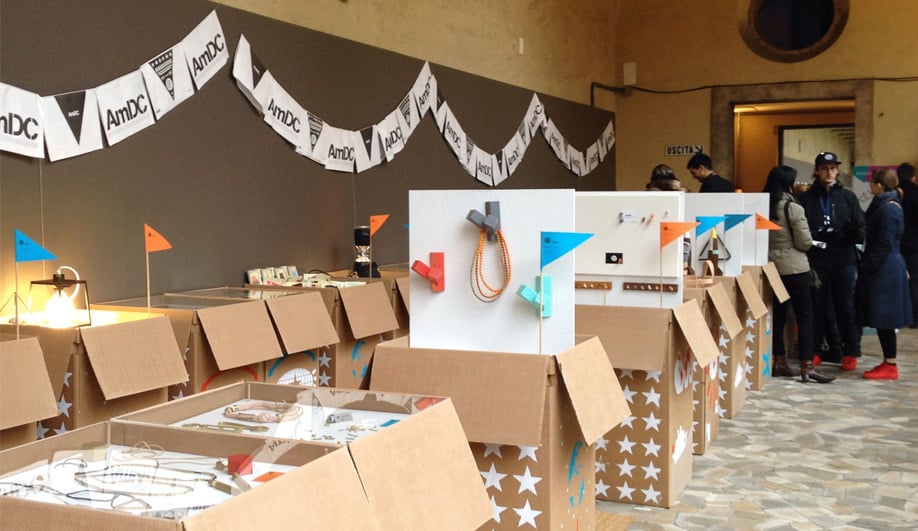 3 The American Design Club with Fab

Fab.com, the web-only shop that offers modern wares by established and emerging designers, partnered with the American Design Club to bring to Milan a standout showcase of furnishings and accessories by U.S. creatives. Taking up almost one whole wall in the museum’s main cloister, a row of cardboard boxes double as display cases. Vibrantly ADC-branded, the boxes were each adapted according to the dozens of collections presented. For instance, Kiel Mead‘s charming necklaces and rings were displayed beneath a glass top, while byAMT‘s handmade leather strap baskets sat atop the box of exhibit pamphlets. Bonus: Everything here can be purchased on the spot. 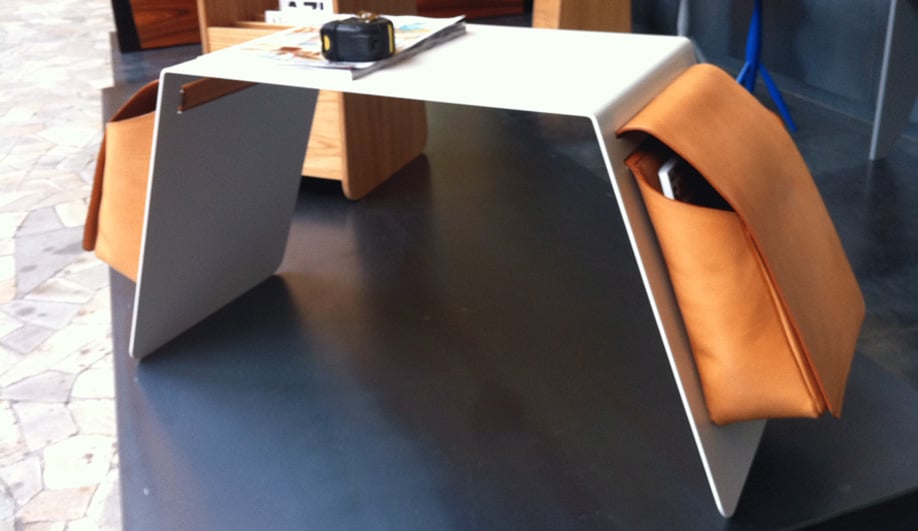 Portuguese designer Hugo Passos teamed up with architect Francesco Cocquio to debut 8 1/2 Otto e Mezzo, a furniture brand based in London. Inspired by a horse saddle, this steel bench flares out and features two buttery handcrafted leather pouches on either end. Other new pieces include bookshelves tapered at both ends, and wood stools perched on three short legs.

Over 60 glass works by designers from across Europe filled an extended LED-illuminated display table by Arik Levy. The exhibit is the result of an initiative that invited designers to work with glass artisans from three traditional glass-blowing workshops in Finland, the Czech Republic and France. While pieces by better-known designers such as Levy and Werner Aisslinger of Germany are in the mix, most are by yet-to-be-discovered talents from Eastern Europe. Azure’s pick: a clear glass decanter with a stopper shaped like a soft billowy cloud, by V8 Designers, led by Pierre Bindreiff and Sébastien Geissert, of Strasbourg, France.