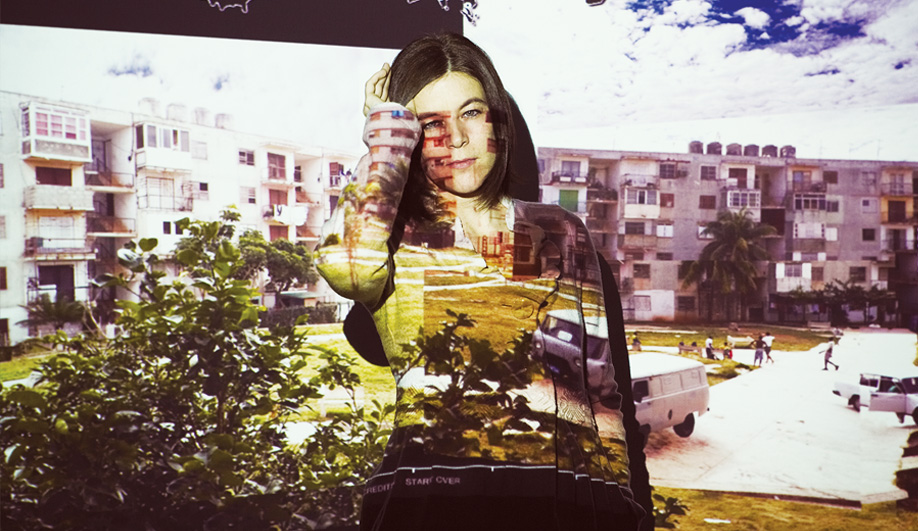 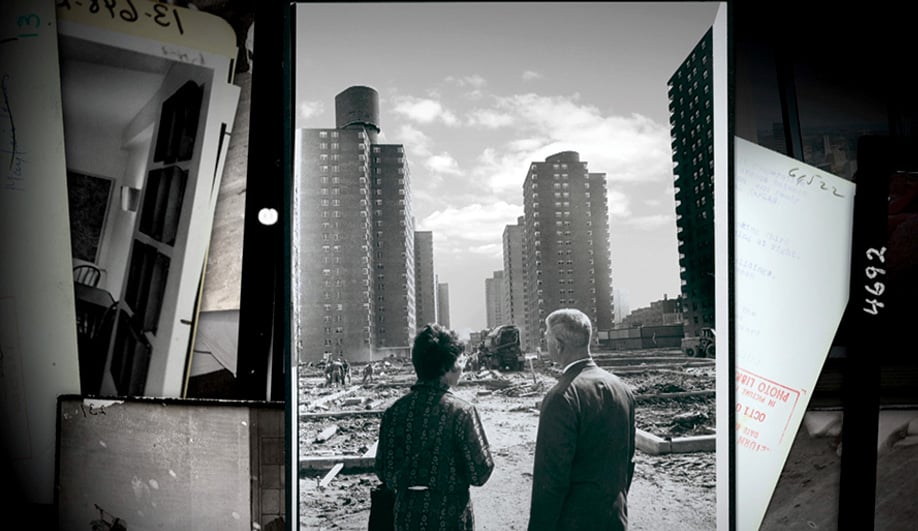 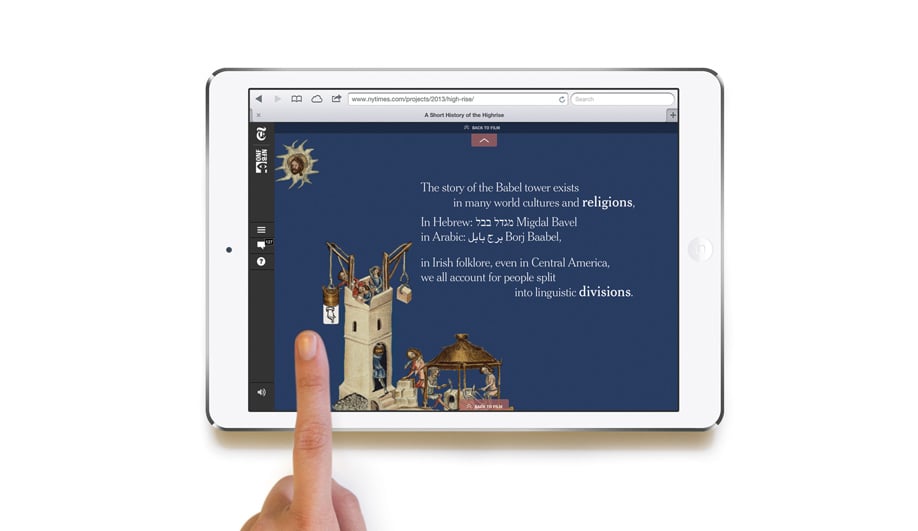 In one of the film’s inter­active components, an illustration of the Tower of Babel grows taller when you pull down a tab.

Last summer, the Internet blew up with a story about a New York condominium that had set aside 55 units for affordable housing. Such commingling is nothing new; many of the city’s condos contain low-income rentals, and under Mayor Bill de Blasio more may follow. What stung was the developer’s plan for a separate entrance, which the media dubbed “the poor door.” So how did we get here, with rich and poor housed in the same dense urban tower, yet separated by such a pronounced class division?

Katerina Cizek’s interactive doc A Short History of the Highrise explores some answers. Spanning 2,500 years of human cohabitation, divided into four sections – Mud, Concrete, Glass and Home – it was produced by Canada’s National Film Board in collaboration with the New York Times, whose archival photography constitutes the main interactive element.

“I love archival films built up of still photos, but I’m often frustrated with them because I always want to stop and look at the pictures,” Cizek says. “In Highrise, you get to flip the photos, and the backs have interesting handwriting, stamps, imprints of Scotch tape.” The 60-minute film also lets viewers freeze the main story to pull down tabs that reveal illustrations (of the Tower of Babel, say, or a modern micro-­apartment), which can be manipulated with a computer click or a finger swipe. The playfulness goes hand in hand with the narrative in rhyming couplets, spoken by Cizek and singer-songwriters Feist and Cold Sparks.

The couplets may strike some users as too cute, but their lyricism conceals a potent political message. “Some critics say these micro-apartments of less than 300 square feet / Are another way of confining the young, the lonely, the cash-poor into a prison cell retreat.” This sentiment flies in the face of the recurring argument that only through dense vertical building can we heal our cities, and the environment, from the ravages of sprawl. Cizek is more concerned about what happens to the people when the towers start to deteriorate; are besieged by speculators who want to transform them into luxury apartments; or become, as the doc suggests, “racialized warehouses of the poor.”

Like her previous film, One Millionth Tower, about tenants transforming their buildings into more livable spaces, Highrise ends on a positive note. For the fourth segment, Home, she and the Times crowd-sourced intimate snapshots from occupants across the globe to reveal how their lives are filled with colour, dignity and character – no matter which door they enter by. “Humans have an incredible cap­acity to have stuff grow out of cracks in the concrete and make their lives there,” says Cizek.

SHARE
Twitter, Facebook, LinkedIn, Pinterest, Email
TAGS
Film, Urbanism,
AZURE is an independent magazine working to bring you the best in design, architecture and interiors. We rely on advertising revenue to support the creative content on our site. Please consider whitelisting our site in your settings, or pausing your adblocker while stopping by.