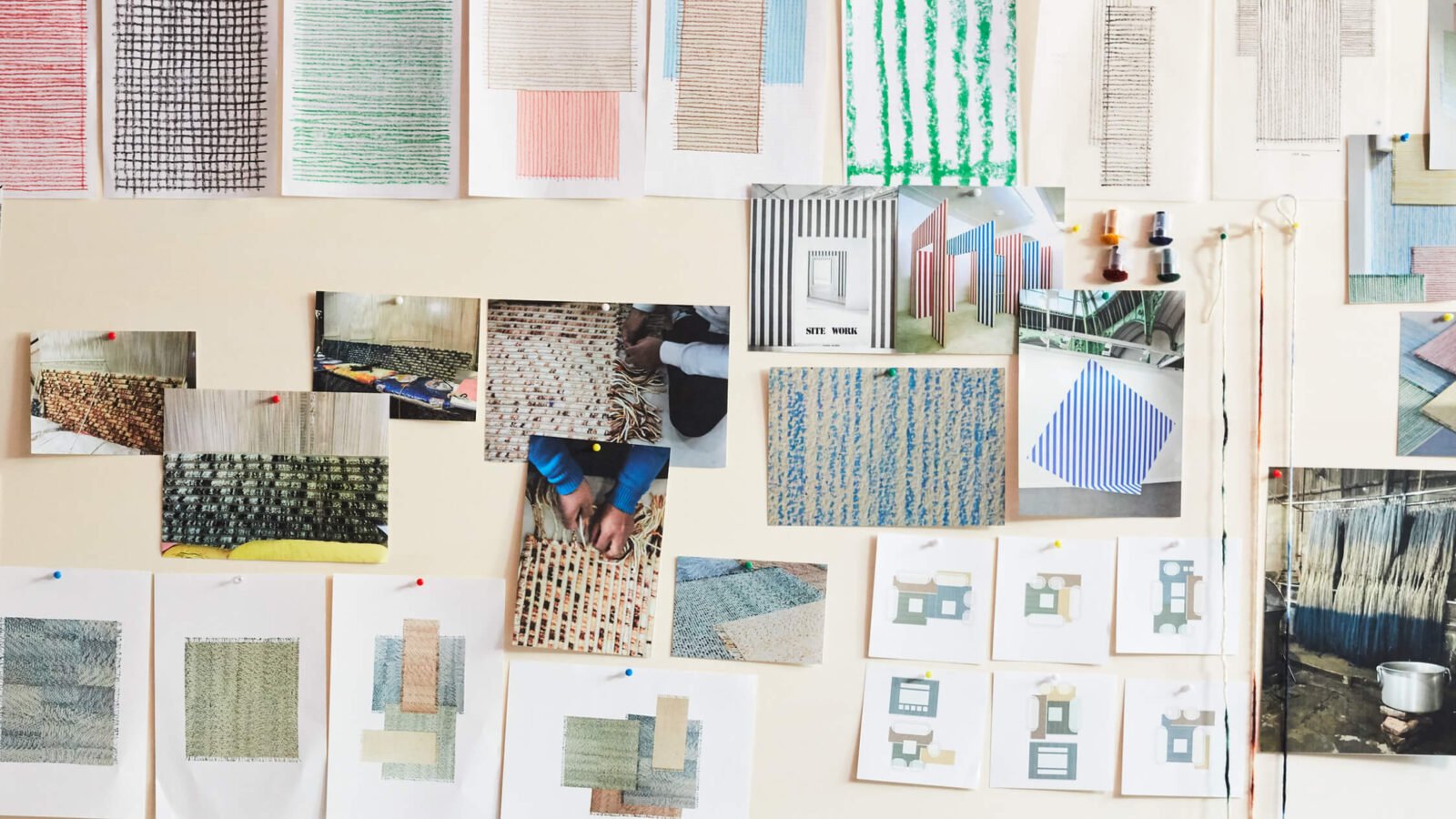 What makes a work of art a work of art? From cultural critic Walter Benjamin to art historian Harold Rosenberg, there’s been no shortage of thinkers meditating on the complex questions behind artistic expression.

For her offering, Tokyo-based Yuri Himuro took a different approach — creating a highly personalized artwork in the process. Building on her conceptual textile Snip Snap, which reveals its distinct chevron patterning only after cutting the threads comprising the rug, the Cultivate series imagines this jacquard weaving technique in Indian flatwool that must be activated through the act of slicing the individual fibres to materialize the geometries within.

“Cutting becomes a process of creation instead of destruction,” Himori explains of the customizable and participatory design. “The texture of each rug must be individually cultivated.”

“I tried to emphasize the concept of spontaneity,” says Patricia Urquiola of her suite of colourful textiles dubbed Patcha. The Spanish architect and designer took inspiration from mixed-media collage, resulting in a range of three designs feature a bold combination of colours and patterns (emblematic of her larger practice) paired with varying pile heights that recall fragments of paper, cardboard and more.

Alongside this playful perspective, Patcha incorporates the latest sustainable production methods — namely environmentally-friendly dyeing techniques that limit water use as well as the conscious upcycling of left-overs, surplus wool and other cast-offs.

Like Patcha, Stroke by Dutch designer Sabine Marcelis materializes another artistic medium: painting. Riffing on the overall theme of the series, Marcelis looked to highlight the dramatic brushstrokes comprising innumerable works of art. Drawing reference to the graphics of Pop artist Roy Lichtenstein and the deep colour fields of Brussels-based Pablo Tomek, the resulting designs incorporate a spectrum of monochromatic hues rendered in subtle shifts in height to encapsulate the painterly gestures.

“The house is like a canvas and we are constantly creating drawings and marks and traces with our daily gestures,” she explains. “Strokes, wipes, brushes, streaks; surfaces become a temporary canvas.” With Marcelis’ collection, every space is a work of art in waiting.

Rounding out the release, Dutch designer Mae Engelgeer drew inspiration from the strategies of space- and mark-making in the digital world. The intersecting geometric forms that comprise the irregular rugs of the Mindscape cohort mirror, splice and replicate simple forms to suggest entire new worlds beneath our feet. In Stage, a series of stepped linear elements evokes the idea of ascending or descending, while the angular forms of Mimic suggest architectural features like mouldings, dados and other devices that pattern walls. Both are comprised of a striking combination of wool, silk and linen to bring these virtual compositions to life.

“With the echo of Bliss in mind,” Engelgeer says, “I wanted to underline my signature of creating poetic and atmospheric designs into a new series of rugs, taking the aesthetics to another level.”

According to the company, the results of these five distinct perspectives is a unique exploration of “how the simple movement of hands and tools can lead the creative process.” Together, the evocative collection offers a bold new take on contemporary textiles, affirming that design is as much an artistic process as any.