The CCA’s Postmodernism Exhibition Raises the Dead
David Theodore assesses the CCA exhibition Architecture Itself and Other Postmodernist Myths - which he calls an homage to the work of famous men - at the Canadian Centre for Architecture in Montreal.

The exhibition Architecture Itself and Other Postmodernist Myths, which just opened at the CCA and runs until April 7, 2019, re-assesses the evolution of American starchitecture in the period between the Apollo moon landing and the end of Ronald Reagan’s presidency. Curated by Sylvia Lavin, who teaches at UCLA, the show follows the curious logic of the zombie. While trying to shoot down the myth of architecture as an autonomous artistic practice, Lavin accidentally revives the dead. The exhibition shows architects fighting pencil and t-square to stave off what futurist Alvin Toffler called in a 1970 bestseller Future Shock: the paralysis generated by technological and social change. 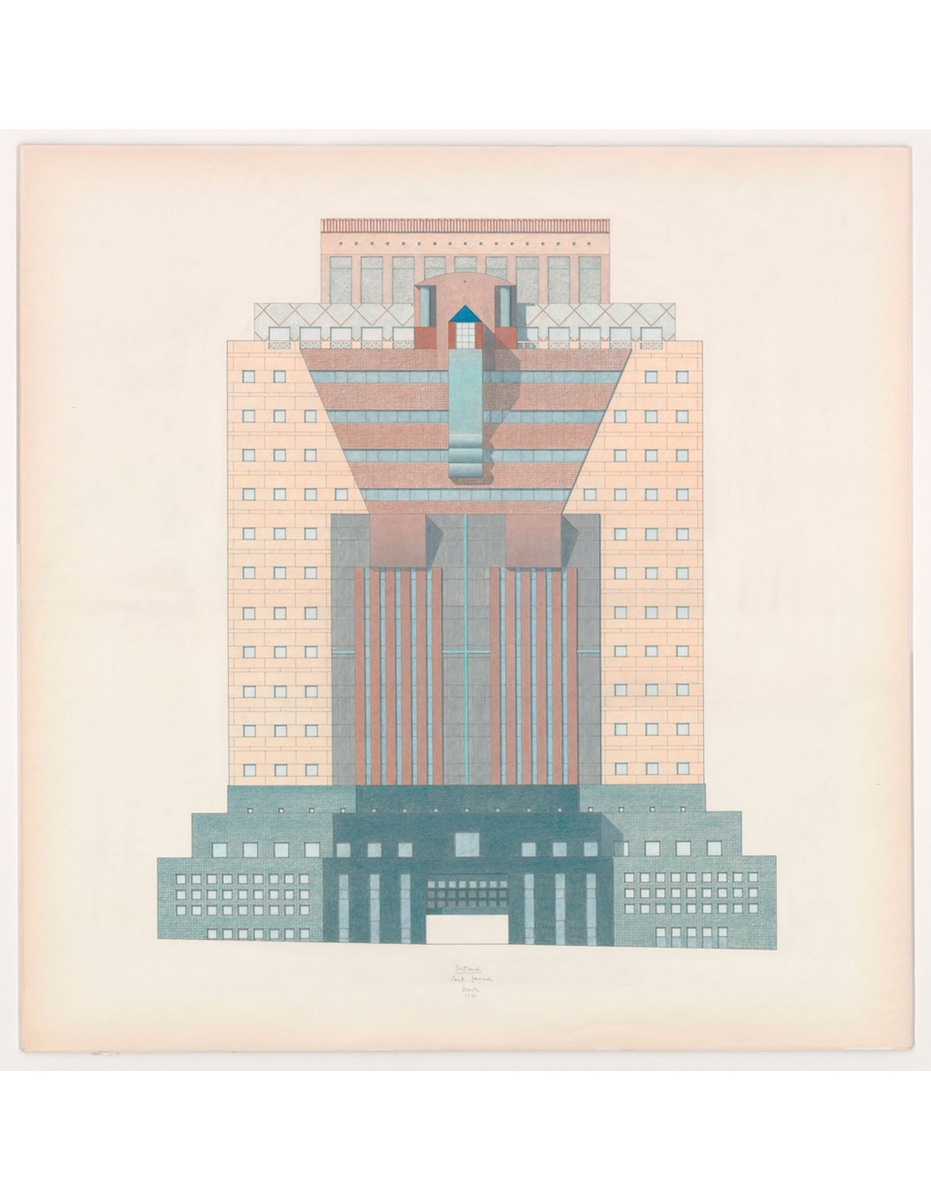 Lavin presents the show as a counter-reading of Postmodernism and the professionalization of research. But those are McGuffins. The exhibition reads better as a loving backstage view of the work of famous men: Peter Eisenman, Frank Gehry, Robert Venturi, Gordon Matta-Clark, Paul Rudolph, and Stanley Tigerman. Lavin leavens the machismo through pointed comments on topics such as abortion and women’s labour, and through the deliberate inclusion of material produced by women including Diana Agrest and Denise Scott Brown. Rather than founding fathers, then, the famous names come off as beloved uncles, recounting stories from When Postmodernism Mattered at Thanksgiving dinner. 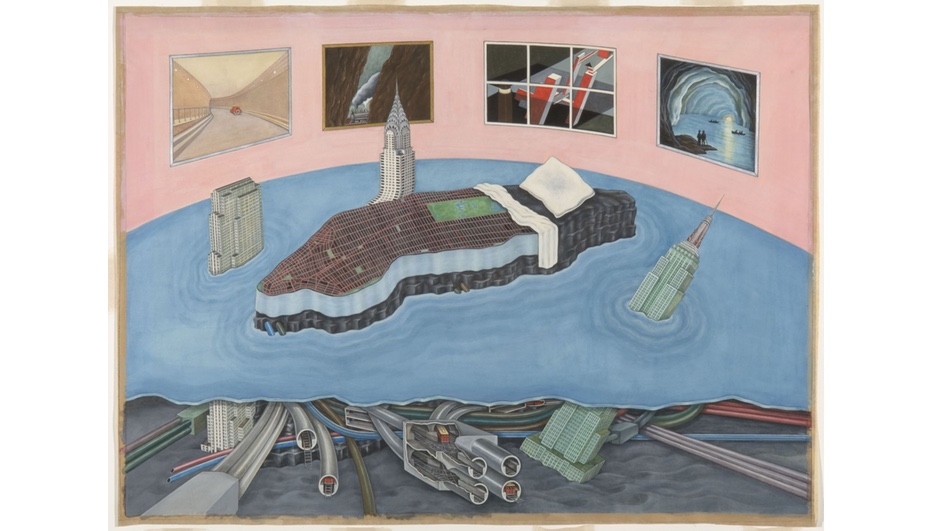 But boy could they draw! There’s just a ton of excellent drawing on display. To mention two celebrated examples, visitors can see up close both Madelon Vriesendorp’s “Flagrant Delit” and Jesse Reiser’s sepia ink and gouache drawing of Aldo Rossi’s “Composition with Modena Cemetery.” Lavin also succumbs to the curatorial trend to show material fragments in architectural shows. But they, too, are excellent: a piece of curtain wall from Cesar Pelli’s 1975 “Blue Whale” (the Pacific Design Center in West Hollywood), a staircase scavenged from Eisenman’s House I, or a window from Bertrand Goldberg’s Prentice Women’s Hospital and Maternity Centre (shamefully demolished in 2014). 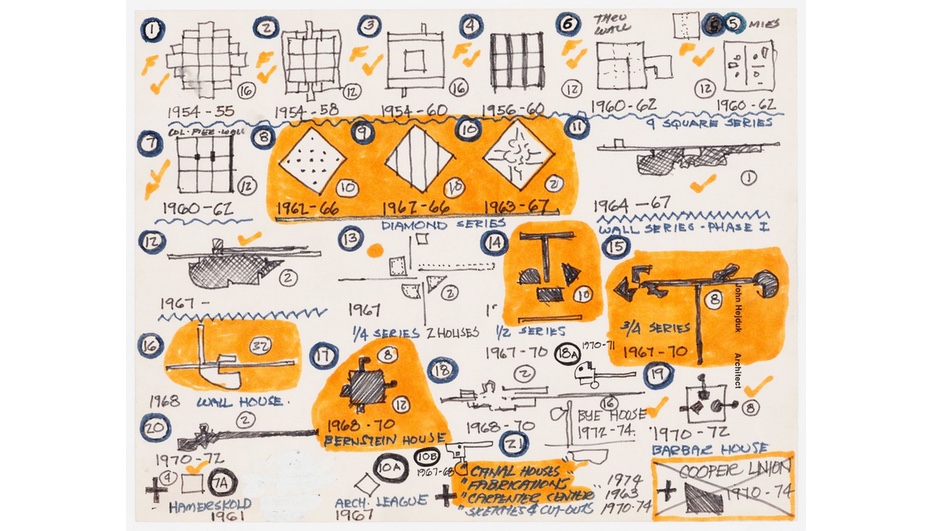 Lavin’s point of view is US- and California-centric. So it’s no surprise that the show had an earlier iteration at SCI-ARC in 2017. Both shows were designed by Los-Angeles based multimedia studio Besler & Sons. Known for their use of standard construction materials, their design is constrained and purified by the CCA’s usual good manners. There’s a directness and precision to their presentation of models for Frank Gehry’s own house, or the models Eisenman made for a 1994 show at the CCA, preternaturally preserved in the CCA’s vaults.

Overall, it’s an insider exhibition. Lavin sits on the CCA’s Board of Trustees; the CCA building is itself a significant exemplar of elegant Postmodernism, and the CCA’s own collection. But mostly it’s for architectural insiders. The show makes a lot more sense if you know the protagonists and the inside jokes. And if you like architectural drawing.