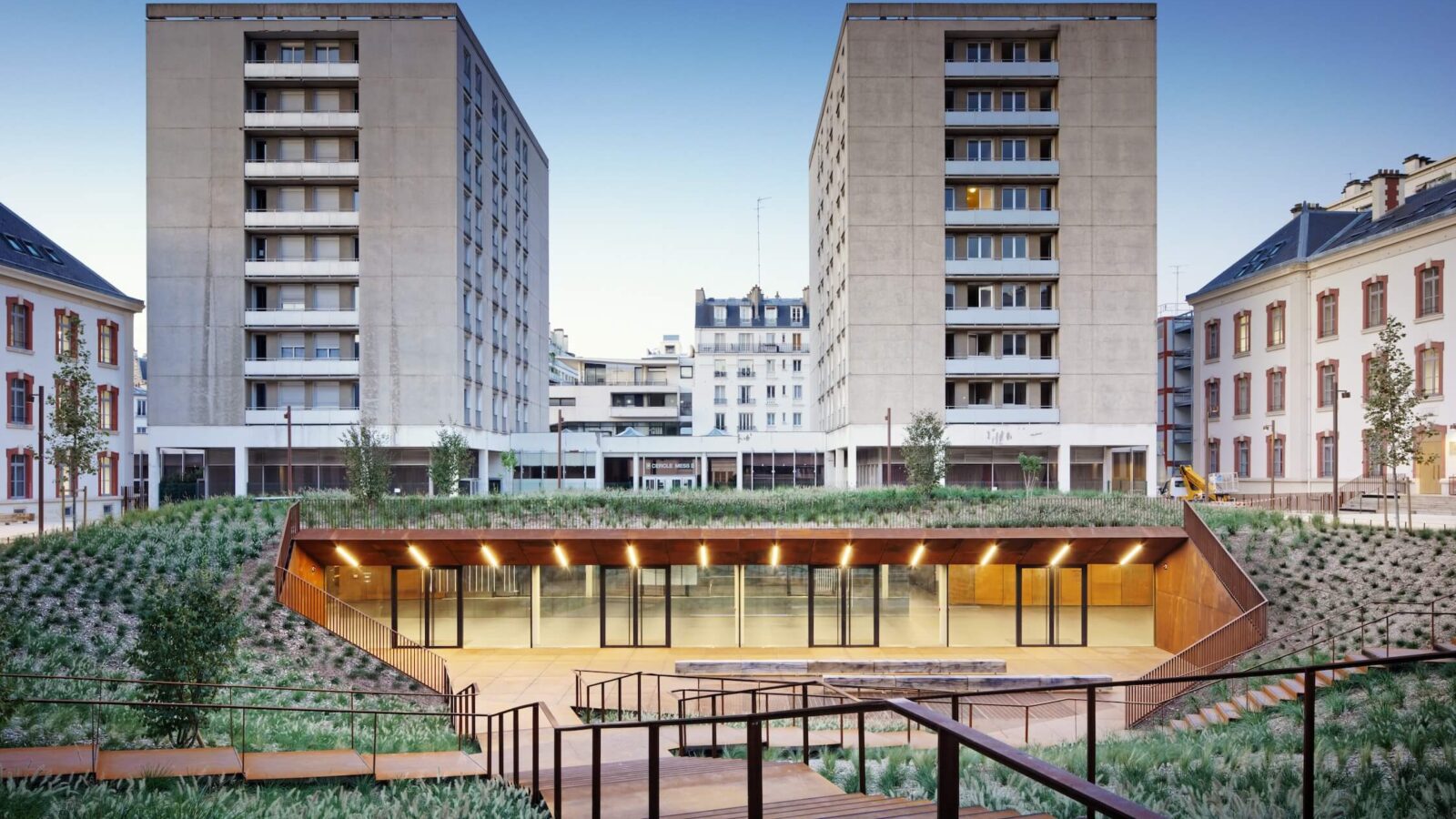 ChartierDalix Transforms a Paris Barracks Into a Striking Law School

Anchored by a showpiece courtyard above a new 500-seat lecture hall, the elegant education hub replaces an erstwhile military complex.

In the 13th arrondissement, the former Lourcine barracks and its parade-grounds courtyard have been sensitively – yet dramatically – re-invented. Now part of the law faculty for the University of Paris 1, the 19th-century military complex has been adapted and expanded to house classrooms, offices and a lecture theatre, while the sloping grounds around it have been integrated into a landscape that invites life into the site.

Paris firm ChartierDalix architects fully maintained the structure of the former barracks while carving out new underground spaces – which house the marquee 500-seat lecture hall – beneath the courtyard that sits at the heart of the historic milieu.

This square courtyard and former parade grounds is enclosed on all four sides – by the original Lourcine barracks, erected in 1875, and a pair of 20th-century additions that completed the full-block military campus. To animate the quad, ChartierDalix devised a new outdoor circulation scheme centred on the plaza that fronts the new subterranean addition.

While the bulk of the new structure sits below ground – maintaining the generously scaled open space above – the designers prioritized a feeling of openness and an abundance of natural light. Fronting the new plaza, full-length glazing is framed by an envelope of weathering steel, creating both a visual focal point and an intuitive “front door” for the campus. The same rusty steel patina also accents parts of the courtyard, fostering a sense of cohesion.

“The project aims to make the most of this Parisian heritage, taking a precision approach that will as far as possible retain the existing spaces and preserve the historic character of the site,” the firm says.

Inside, an impressive sense of aesthetic unity ties the campus together, all while respecting the character of the older buildings. Throughout, simple – almost spartan – finishes are paired with soft lighting and warm wood touches.

A sort of industrial aesthetic pervades, one that is emphasized by lighting fixtures that emerge from ceiling-suspended steel pipes.

Raw concrete and exposed ventilation accentuate the pared-down spaces, lending ChartierDalix’s occasional flourishes – like the sinuous spiral staircase – a contextually stronger presence. And even in the windowless subterranean passages that connect the campus, weathering steel walls create a rich, moody atmosphere that brings to mind the sunlit courtyard just above the roof.

Anchored by a showpiece courtyard above a new 500-seat lecture hall, the elegant education hub replaces an erstwhile military complex.