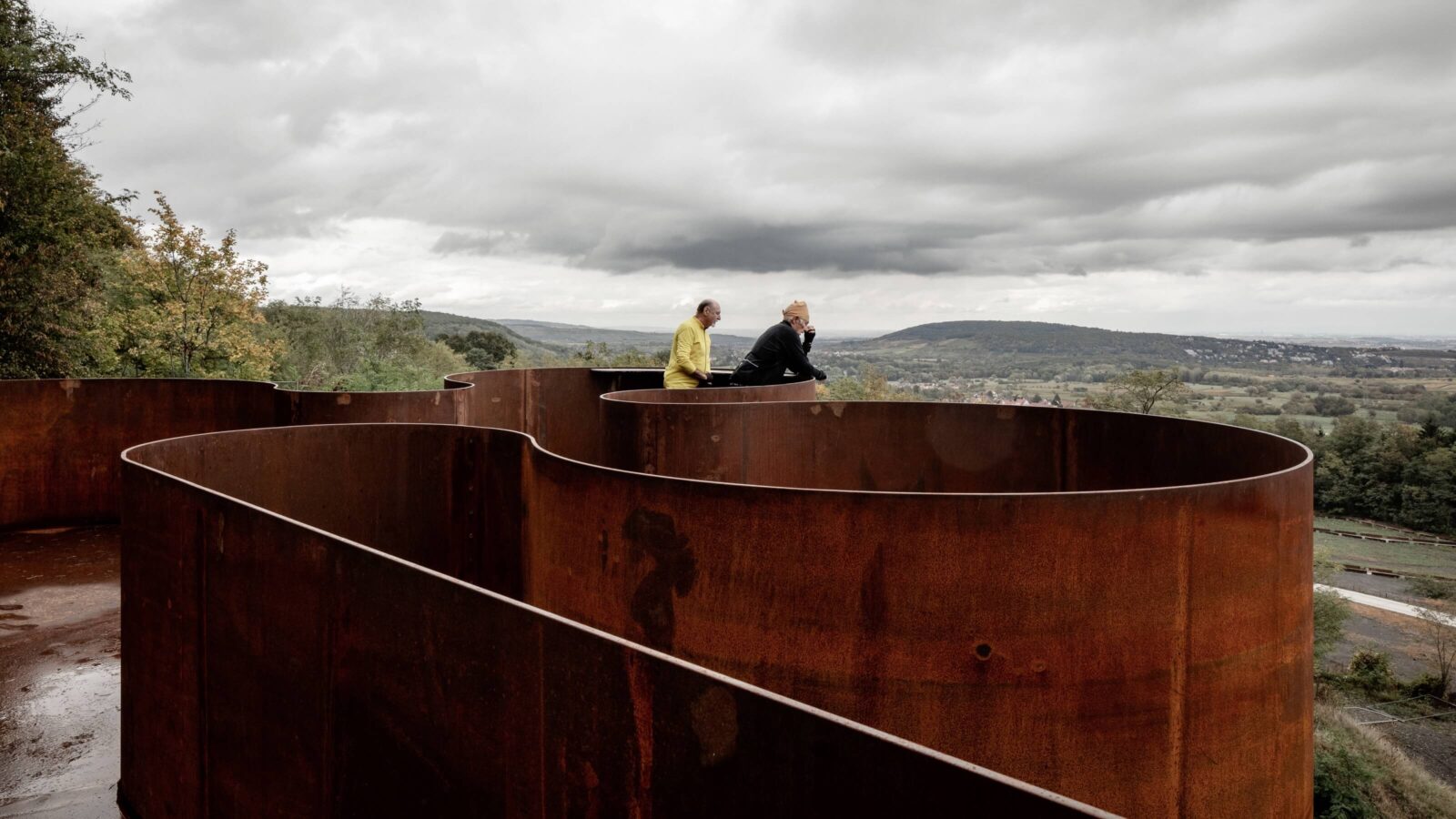 A Corten Ribbon Unfurls Across a French Landscape

Oslo firm Reiulf Ramstad Architects has transformed a once-industrial French landscape with a series of idyllic rest spaces. The overall effect of the design scheme, called Chemin des Carrières (the Quarries’ Track) is to refocus the setting of Rosheim-St Nabor away from its past as a railway route for both cargo and passenger trains and toward its natural treasures. The area encompasses forests, rivers and hills – as well as the old quarry for which the project is named. 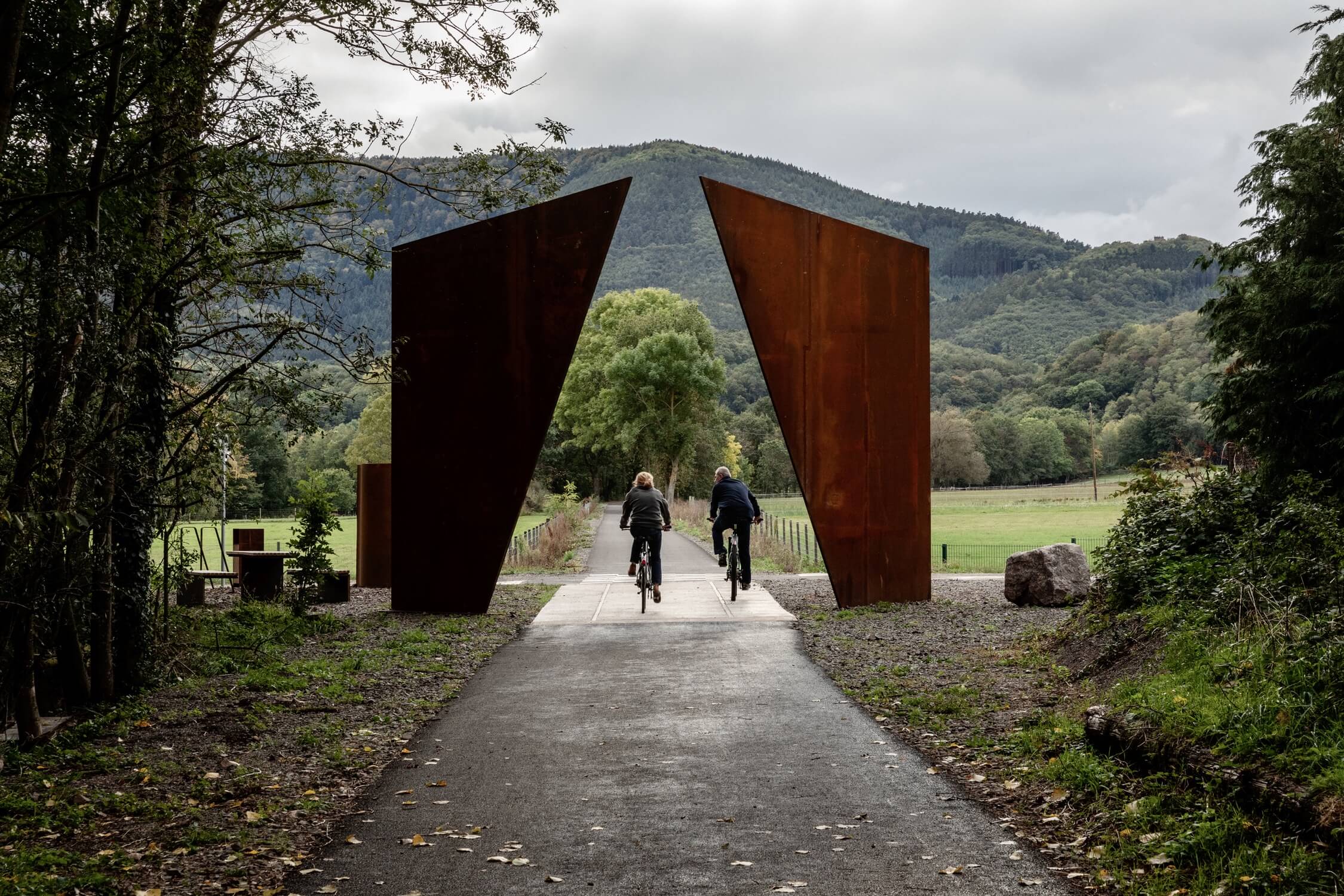 The 11-kilometre path created by the architects (who won the commission in an invited competition) is split into five segments punctuated by an equal number of rest stops. These all have their own names and personalities: Rosheim takes the shape of overlapping circles in Corten steel with integrated benching; Boersch is an amphitheater-like nook; Leonardsau serves as a gateway into the woods, its two plates rising shard-like from the ground; Ottrott resides where a train station once stood; and Saint-Nabor – the pièce de resistance – is a walkway that winds up the hill above the quarry, ribboning into the form of a clover-leafed platform at the top. 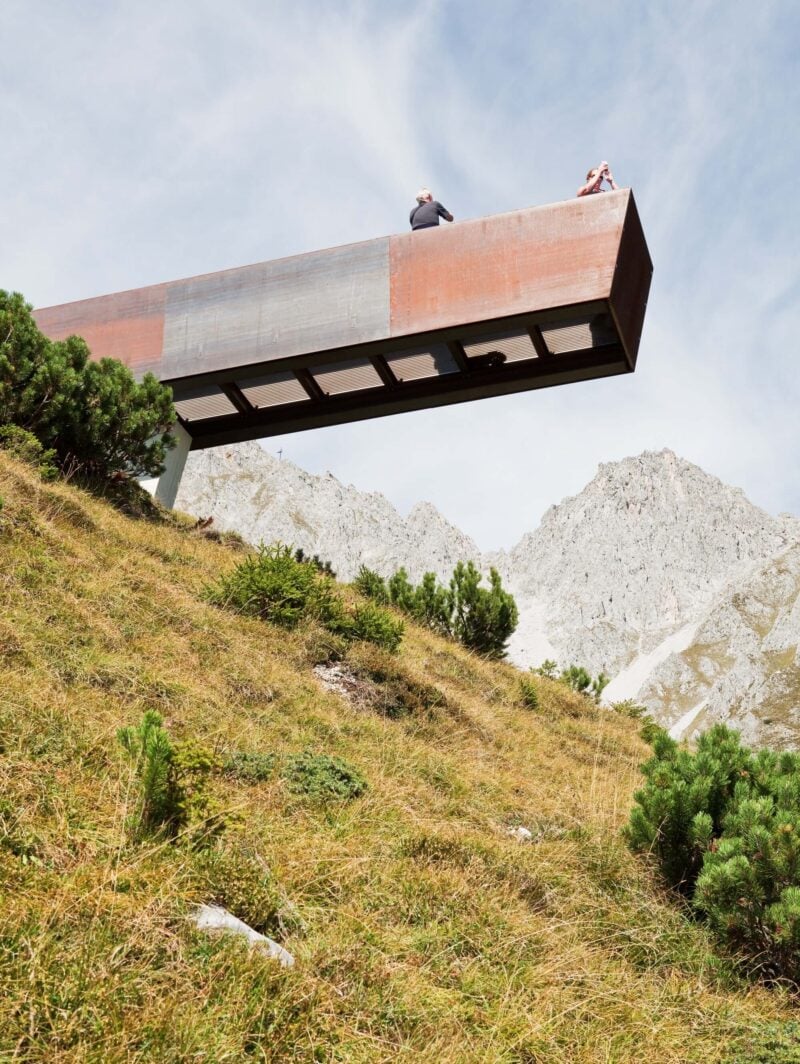 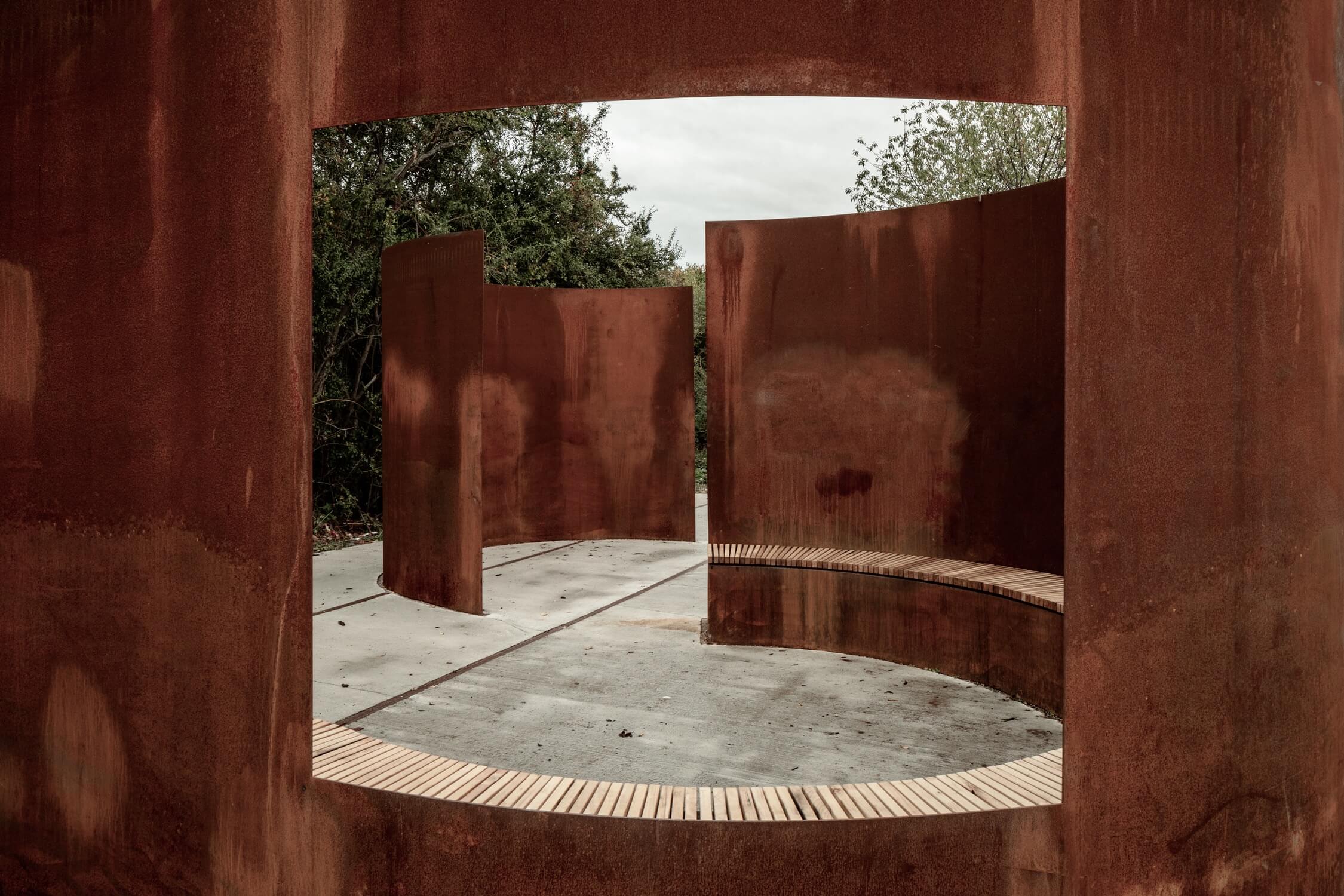 The Chemin des Carrières interventions are mostly subtle: The umber tones and the very rusticity of the weathering steel allow these inserted moments to feel at one with the landscape. They are also jarring – in a good way. In many instances the new architectural forms are juxtaposed against the vestiges of the old railway line, where train tracks still zig and zag throughout the terrain. Overall, the effect is a collapsing of time, with the importance of the view exalted above all. 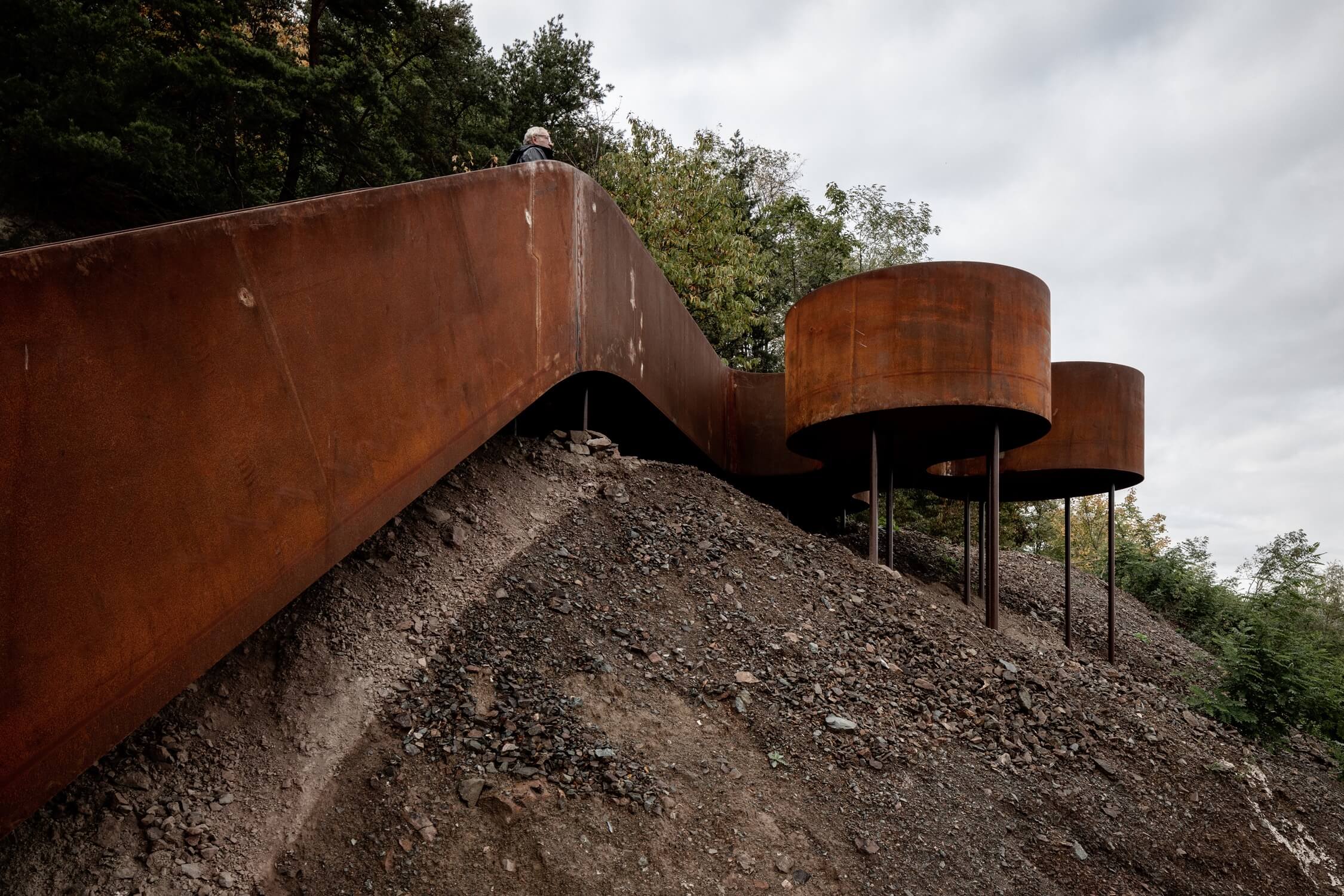