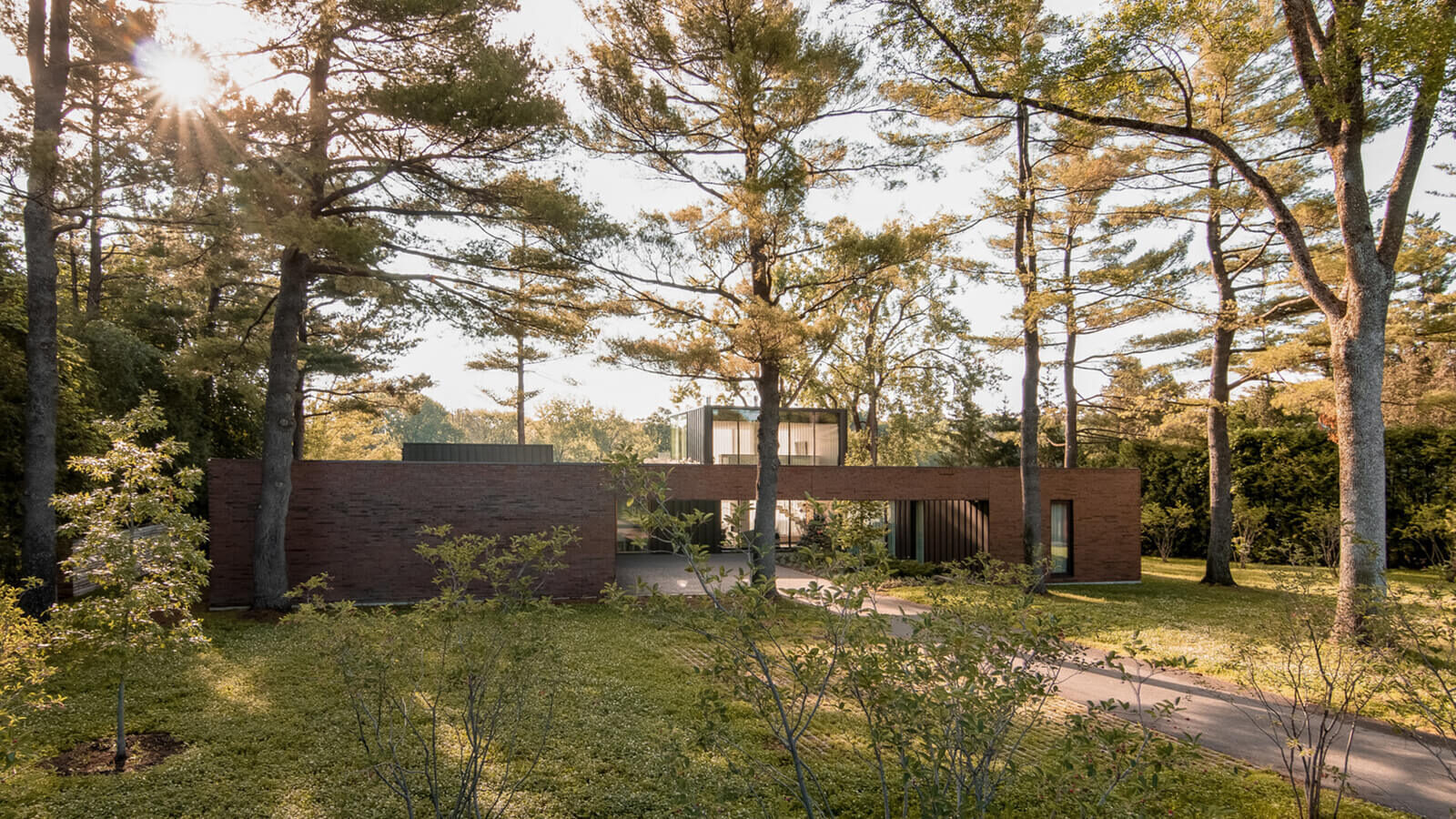 Past the urban bustle of Montreal, the Hochelaga Archipelago — formed by the confluence of the Ottawa and St. Lawrence Rivers — gives way to pastoral riversides and a rich canopy of deciduous and evergreen trees. In a quiet pocket of nature north of the city, a new family home by Chevalier Morales channels both the Quebec landscape and 1950s American domestic architecture.

The two-storey residence is nestled within a thicket of mature pine trees, which give way to an elegantly subdued — almost monolithic — brick frontage. Measuring a perfect square of 30 metres, the facade opens out to a porte-cochere from the driveway, with a second, more secluded courtyard (featuring a small swimming pool) carved out at the back. 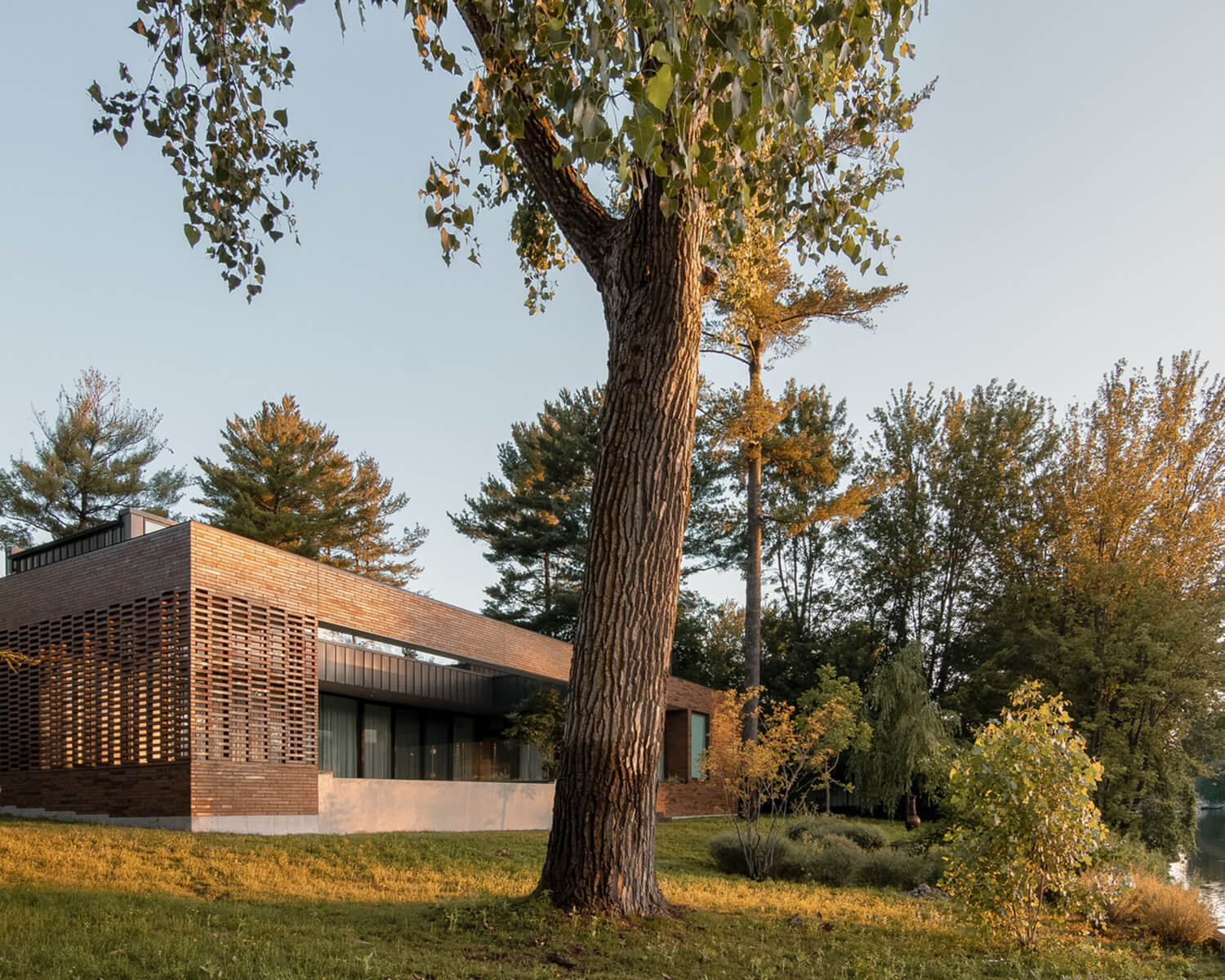 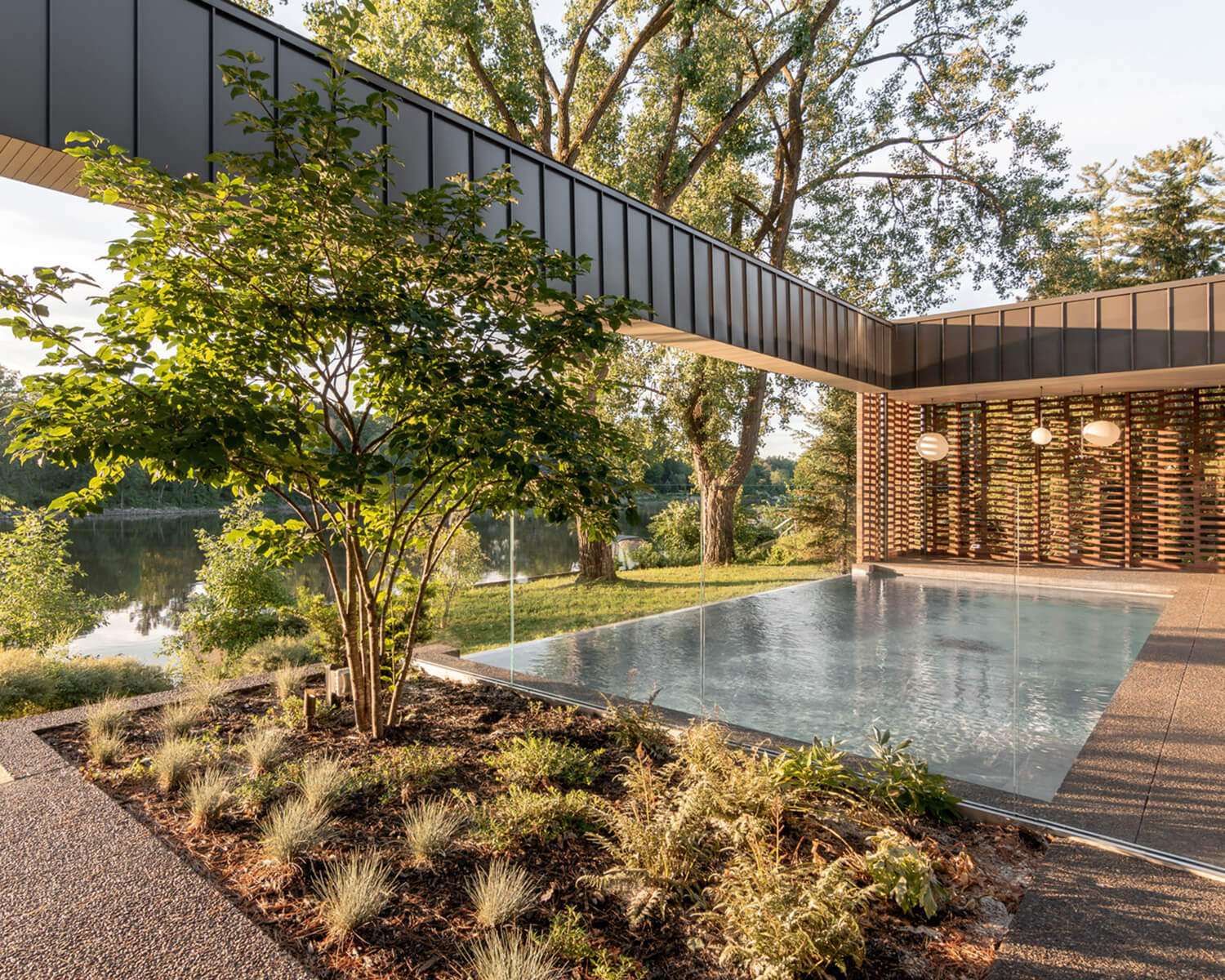 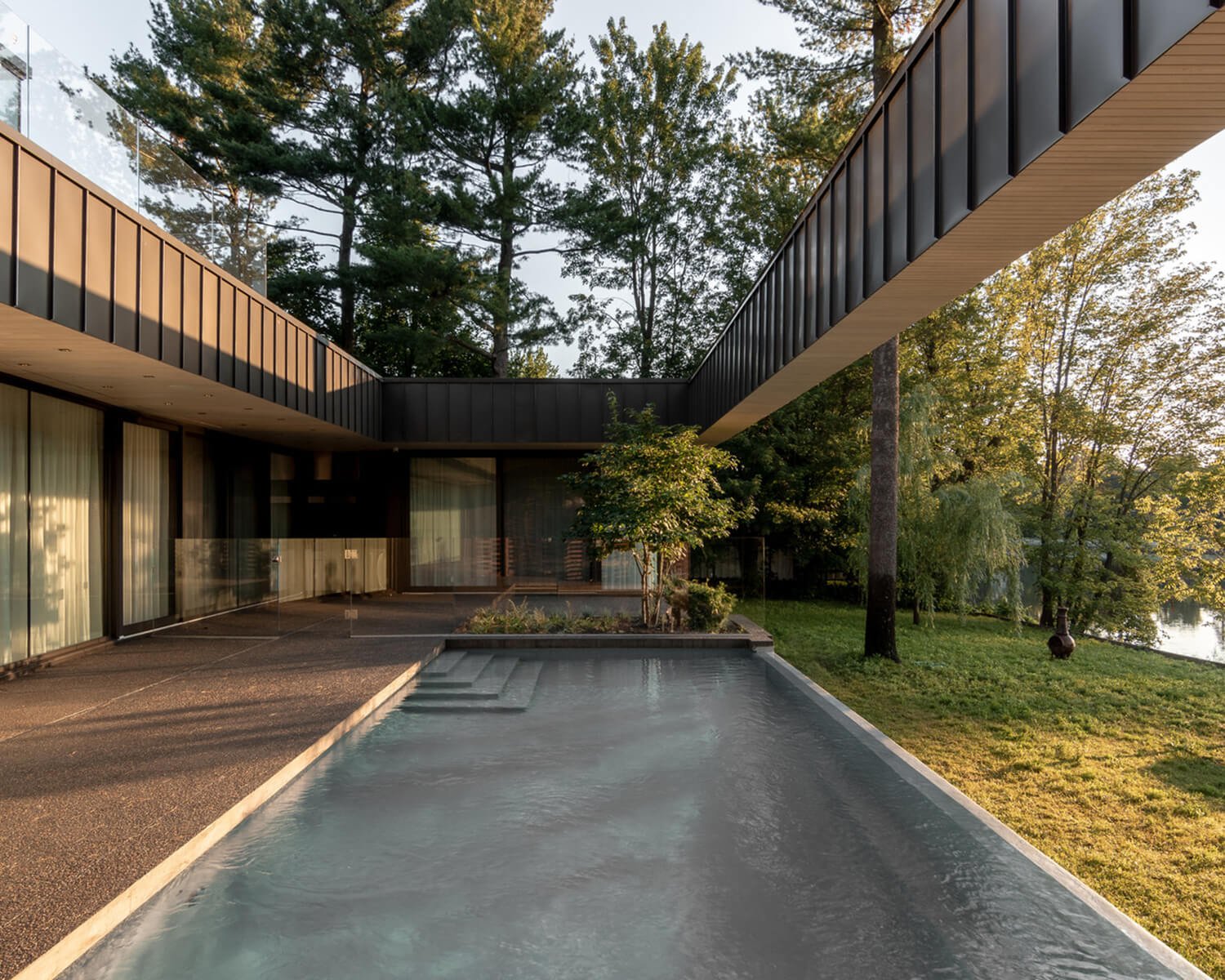 Past the outer wall’s subtly varied brick tones and clean right angles, a tranquil and light-filled living space emerges. Floor-to-ceiling windows look out onto both courtyards as well as the river. 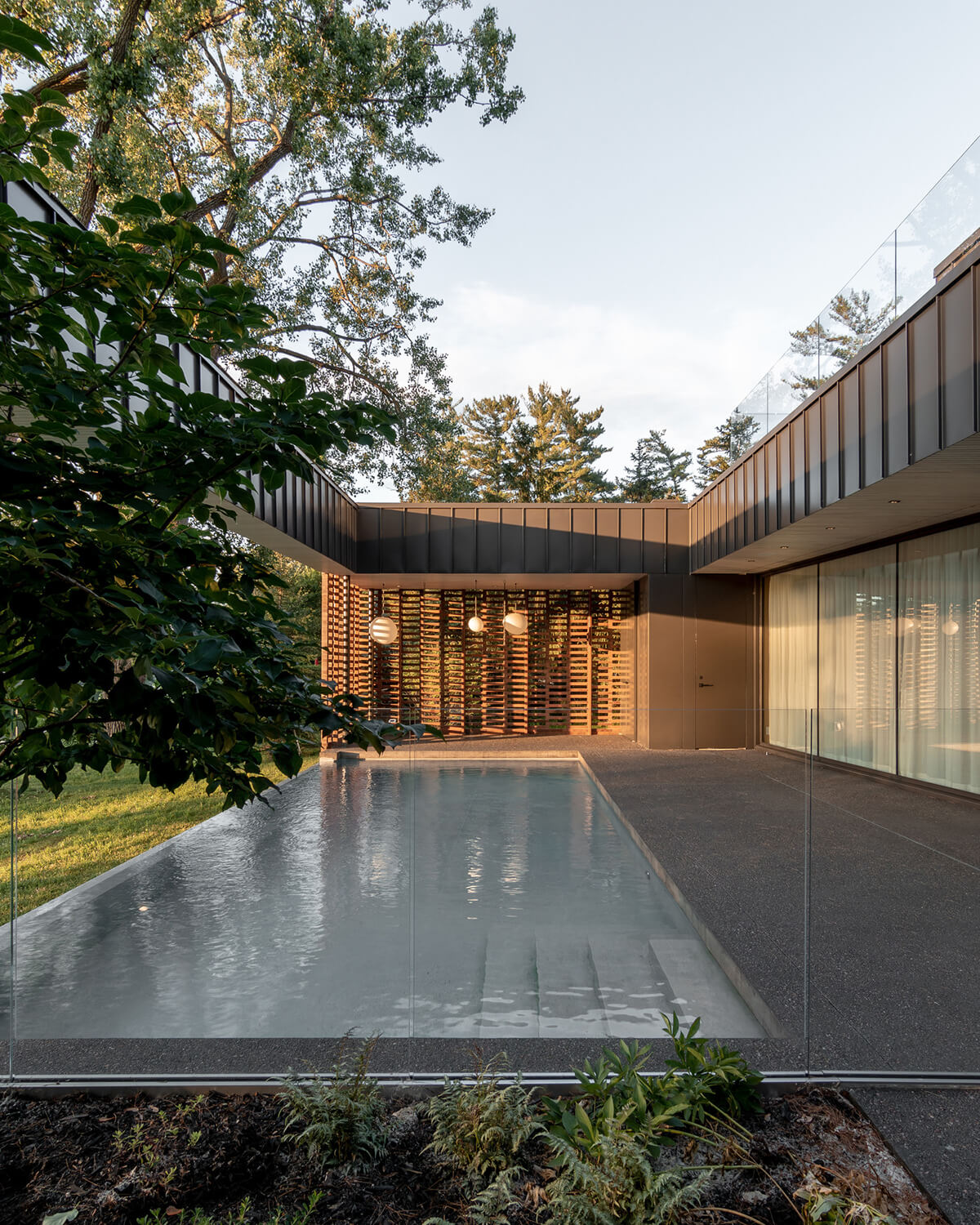 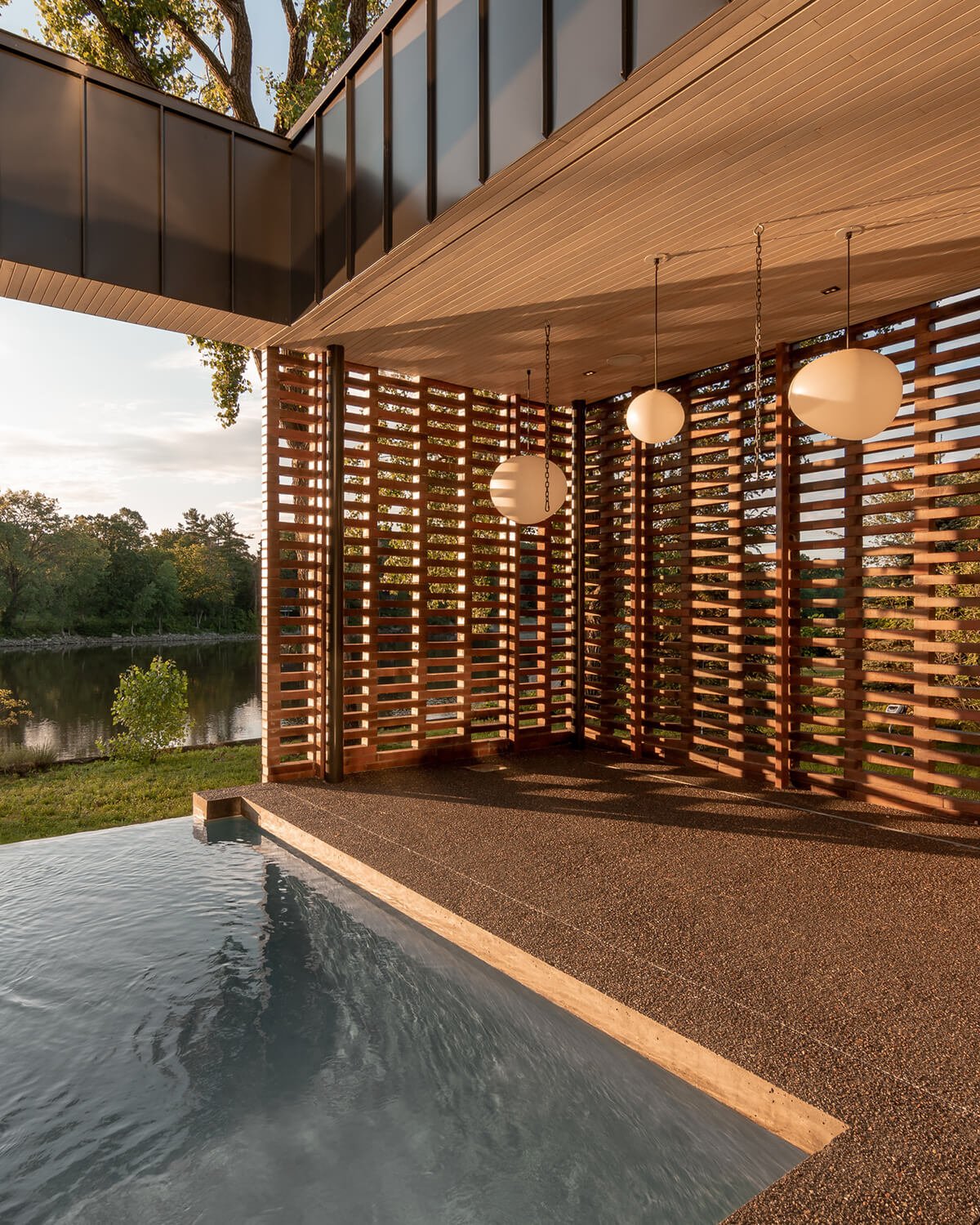 While the brick structure conveys a sense of weight and substance, the glazed expanses almost blur the boundaries to the outdoors. At the heart of the home, a compact double-height glass volume stands out like a beacon against the opaque walls. 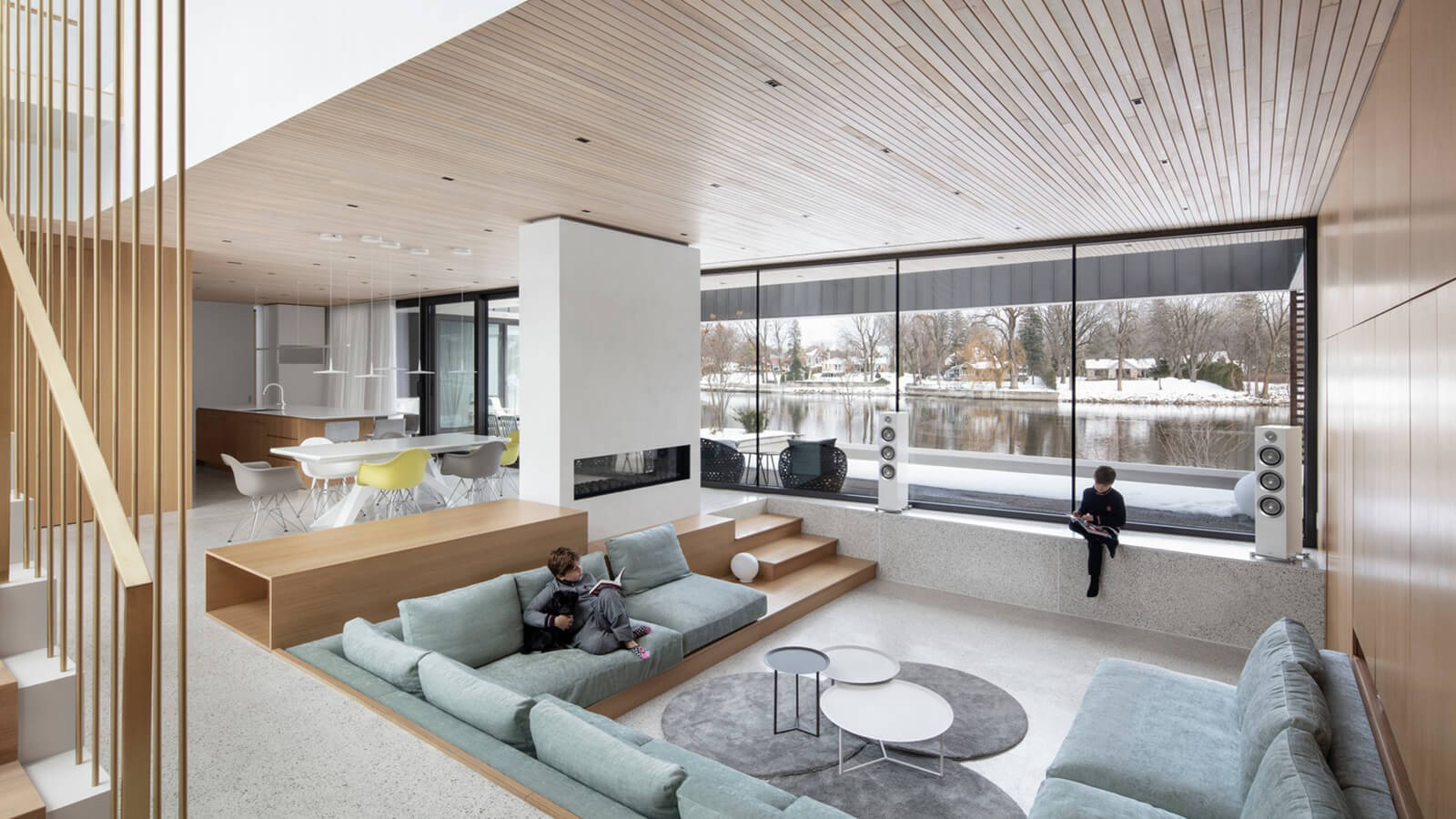 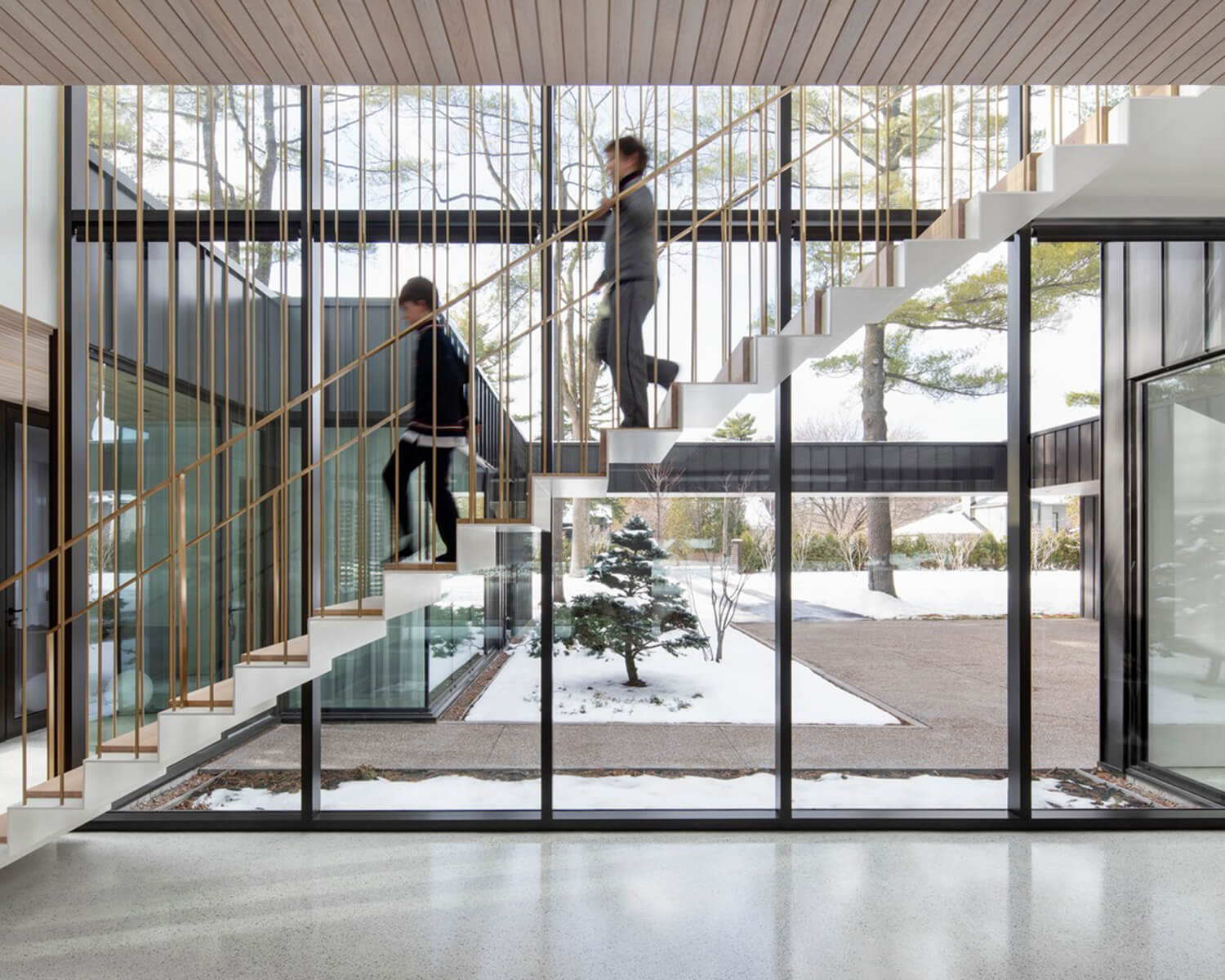 Indoors and out, the home is also shaped by mid-century inspirations. In the living room, a sunken conversation pit — a feature that’s recently returned to vogue — channels Eero Saarinen’s Irwin Miller House, while the pared-down simplicity of the facade similarly updates the clean lines and exact proportions of post-war American modernism. And while Chevalier Morales’s design takes its cues from the past, it also incorporates geothermal energy and a landscaped roof, pairing mid-century style with a cutting-edge, carbon-sensitive approach. 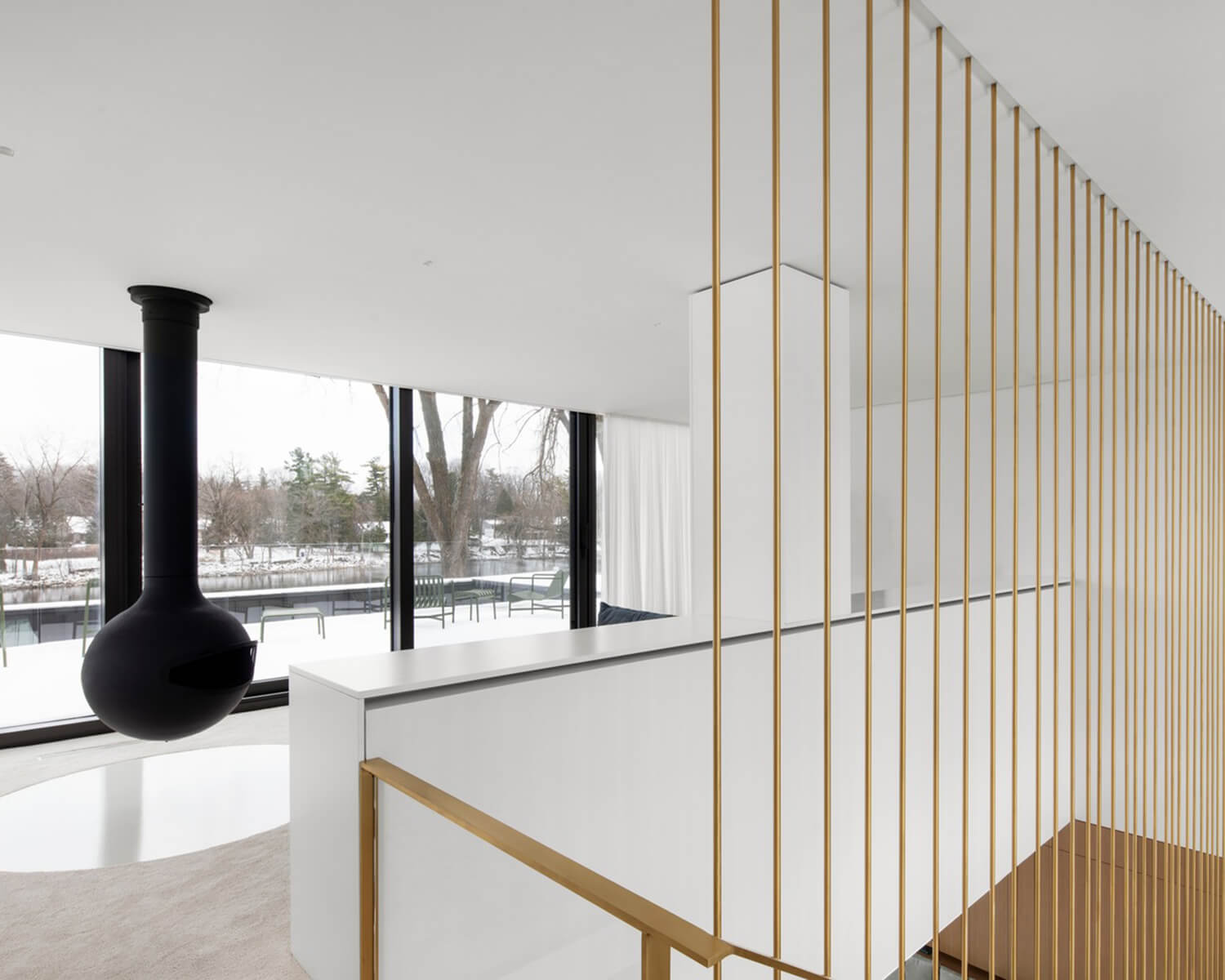 Upstairs, the small second storey volume features another nod to the past — a suspended fireplace anchoring the light-filled room. From here, a panorama of the river unfolds below.