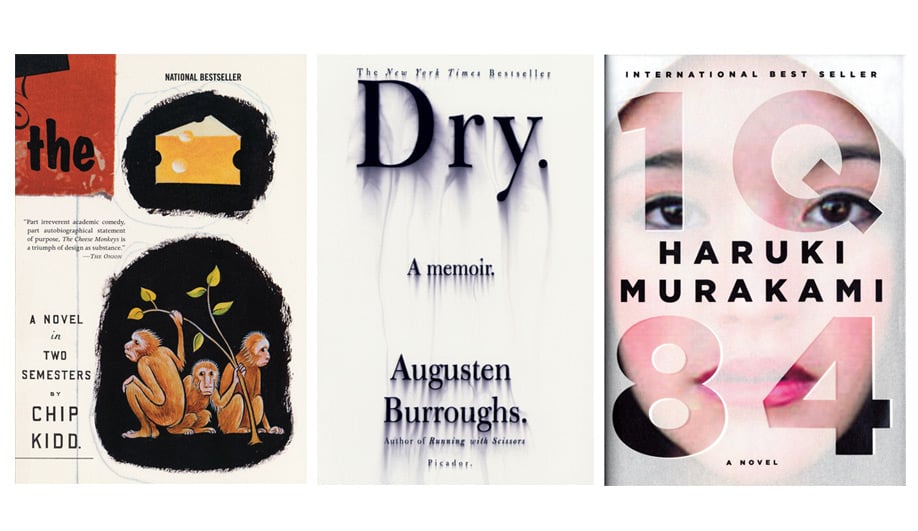 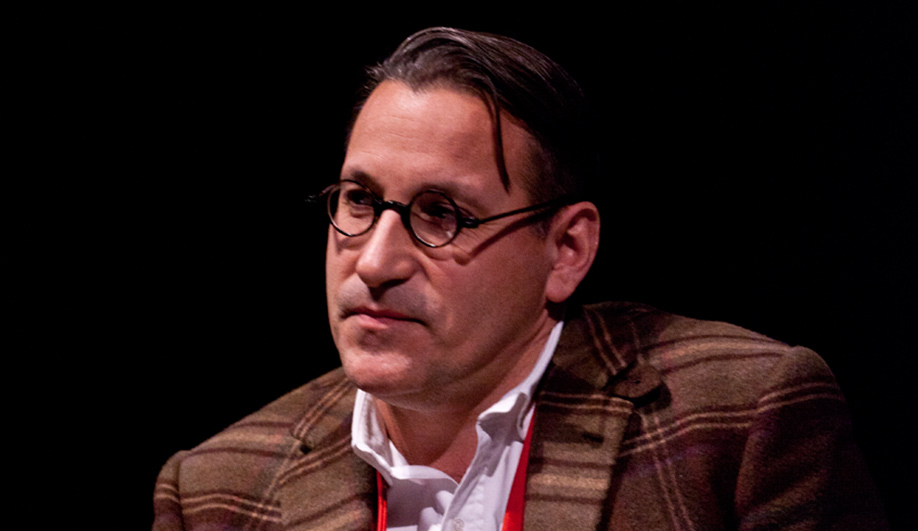 Azure: Do you always read the book before you start on its jacket design?

Chip Kidd: That’s always the goal, but it all depends on what’s available. In regards to Murakami’s 1Q84, only about a third of it was available – but a third of it was 400 pages. And that, frankly, is enough. You want to get an idea of where things are going, but you don’t want to give away anything on the cover.

AZ: What are you looking for as you read manuscripts?

CK: You’re just looking for a sensibility. Or a kind of feeling that you can make something that will hopefully have an emotional resonance with the reader. There’s this axiom I use, which is totally, totally broad, but I totally believe in. I have to make something that makes me look at it and say, “I wanna read this book.” Whether it’s funny, or scary, or whatever – it’s got to be intriguing. It’s got to really make you want to investigate it.

AZ: Is designing within a certain set of parameters and working towards a certain goal more of a frustration or more liberating to your creativity?

CK: Well, there are many, many different kinds of scenarios. If I’m designing a book for myself, that’s a very different thing than if I’m designing a book for Murakami – he’s ultimately the boss. For 1Q84, what I’m really trying to do, as pretentious as it sounds, is to create a work of art that services a greater work of art. It’s him. It’s not about me. But at the same time, I want to make something great for him. If I’m designing something for myself, it can be liberating and potentially stifling at the same time. It’s the literary equivalent of being given a blank canvas. And I’m not a great blank canvas kind of guy. I want the canvas filled in, in terms of content, by Murakami, and then I can make it look like something.

AZ: You began as a designer and then moved into authorship a little bit later on. How does one inform the other?

CK: A lot. My first novel, The Cheese Monkeys, was very much about how I was taught to think, visually and conceptually. I did want it to be a comedy, and I wanted it to be outrageous, but I also wanted it to really say something. To this day, they assign the book in graphic design curricula – and that is the greatest compliment in the world. So in that sense, it was my visual education that inspired writing a novel. At the same time, I think employing language is its own kind of design. You’re trying to design something into somebody’s head that they can only see. They’re not seeing it with their eyes, they’re seeing it with their minds.

AZ: For an author who doesn’t have a design background, would it help them to think about the finished book as an object?

CK: It was impossible for me to write my two novels without thinking about how they would look as I was writing them. Both on the page and on the cover – the whole nine yards. There are certain authors of my generation who do that. Dave Eggers designs the books that he writes – and he does it extremely well. Most of the graphic novelists that I know and work with do that, although it’s a little bit different because they’re dealing with pictures. But in terms of prose, novelists who design as they write – I don’t know of a whole lot of them. I write in a typesetting program, so that I see exactly how it’s breaking down on the page as I’m writing it. Which, of course, is ridiculous; you’re not supposed to do that. But I think any writer who has an interest in typography would be interested in that. Although Updike certainly didn’t write that way, and he had a fascination with typography.

AZ: What are you reading right now?

Azure talked to Chip Kidd when he was in Toronto for Designthinkers, the annual conference hosted by Registered Graphic Designers of Ontario.

SHARE
Twitter, Facebook, LinkedIn, Pinterest, Email
TAGS
Graphics, Q&A,
AZURE is an independent magazine working to bring you the best in design, architecture and interiors. We rely on advertising revenue to support the creative content on our site. Please consider whitelisting our site in your settings, or pausing your adblocker while stopping by.