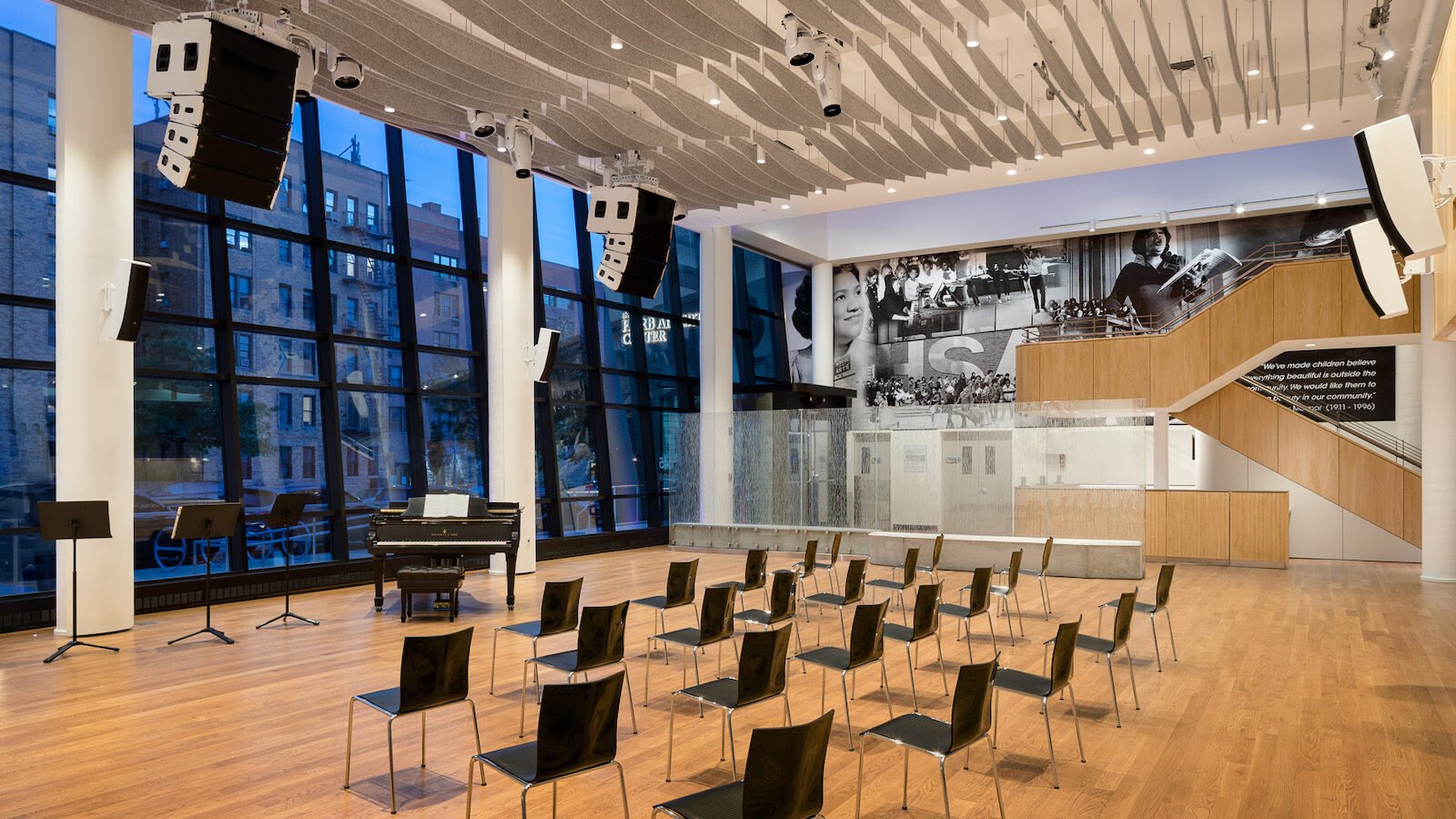 As a historic artistic oasis in New York, the Harlem School of the Arts has been central for students of the community to explore their artistic talents through song, dance, and music while completely immersed in the rich traditions emblematic of the Harlem Renaissance. Reinvigorating the school’s ageing home, a newly completed renovation fosters a more open and welcoming approach to education, while also celebrating the local community’s role in visual arts and culture.

Founded by Dorothy Maynor in 1964, the Harlem School of the Arts (HSA) provides access to the resources necessary for students to thrive in creative expression and cultural exploration. HSA services nearly 5,000 students, where more than 85 per cent are students of colour and nearly 50 per cent are able to receive financial assistance for classes. 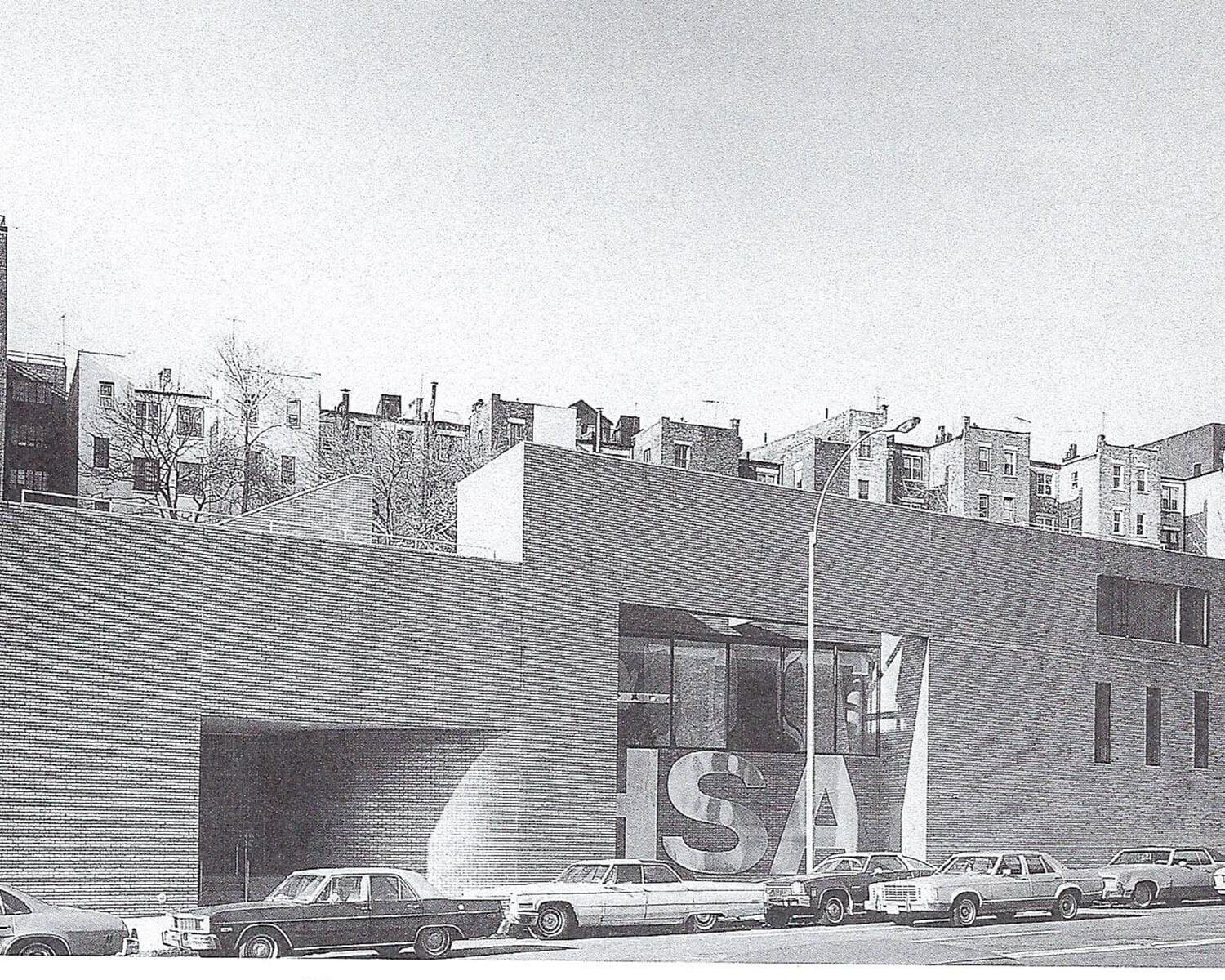 “The Renaissance Project,” as the renovation is dubbed, was led by New York based architect Celia Imrey of Imrey Studio in partnership with the Herb Albert Foundation and consulted by acoustician John Storyk of WSDG (Walters-Storyk Design Group). Headed by a team almost entirely comprised of women-and POC-led firms and businesses, the project reinvents the public face of the school’s Brutalist-inspired 1970s brick exterior. Designed by architect Ulrich Franzen, the original building featured a central atrium conceived according to a strict application of Le Corbusier’s Five Points of Architecture. The $9.5-million US renovation, funded by the Herb Alpert Foundation, takes a decidedly different tack. 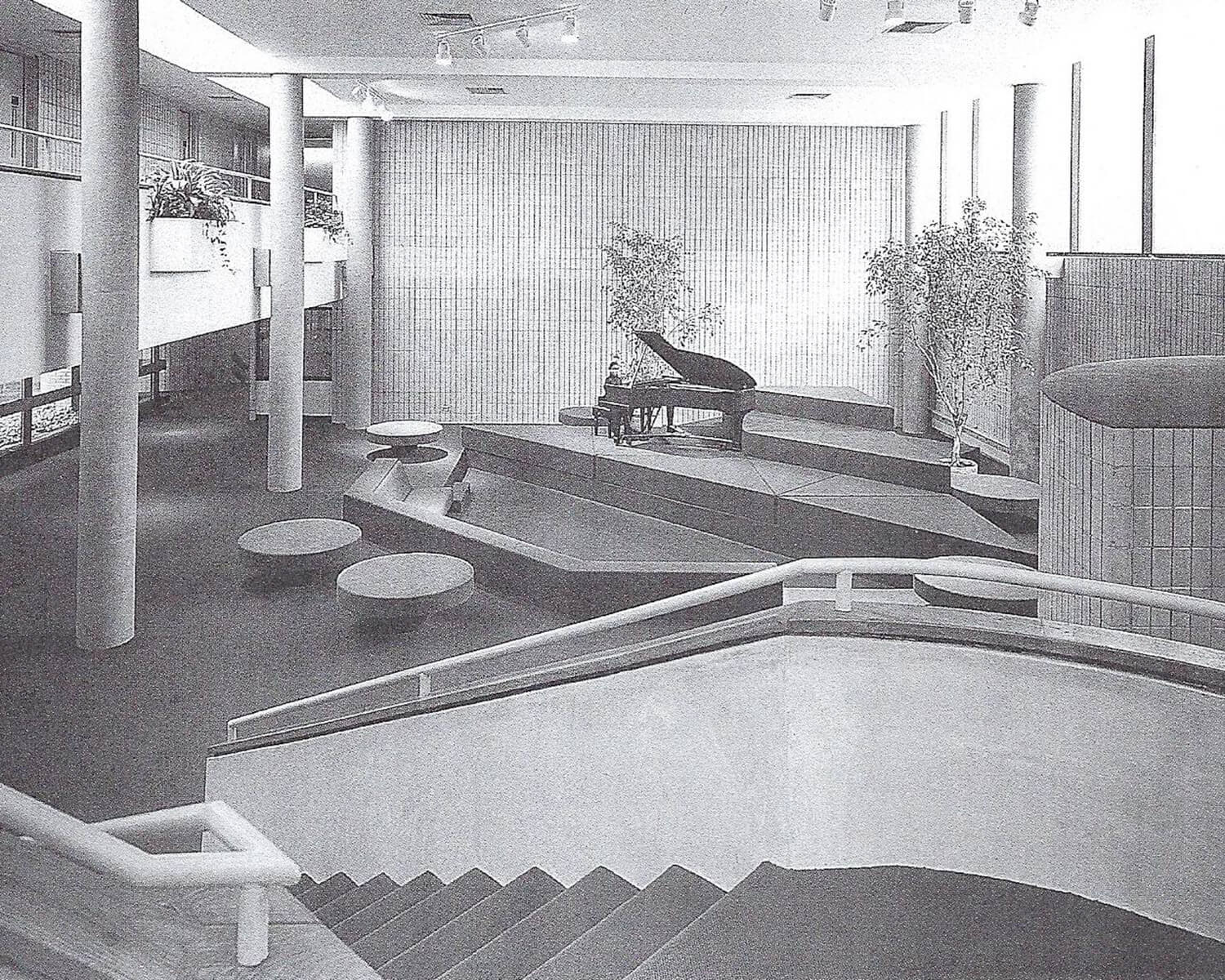 Central to the 325-square-metre transformation is a striking new glass facade, along with an updated open space atrium entry, and a remodelled cafe/shop space that leads to the school’s inner courtyard. Accessibility is a focus of the project, with inclusive circulation prioritized from the first steps into the building.

During a recent tour of the HSA, Imrey told me that “access and ownership are the most important things for students to feel when they enter this centre.” The design is child-focused with emphasis on texture, visibility and safety. Outside, the new entry places the ramp ascension as the main method of entry for all users — rather than the stairs — creating a direct path for children running between caretakers and the school on an exciting day before class or a return home. 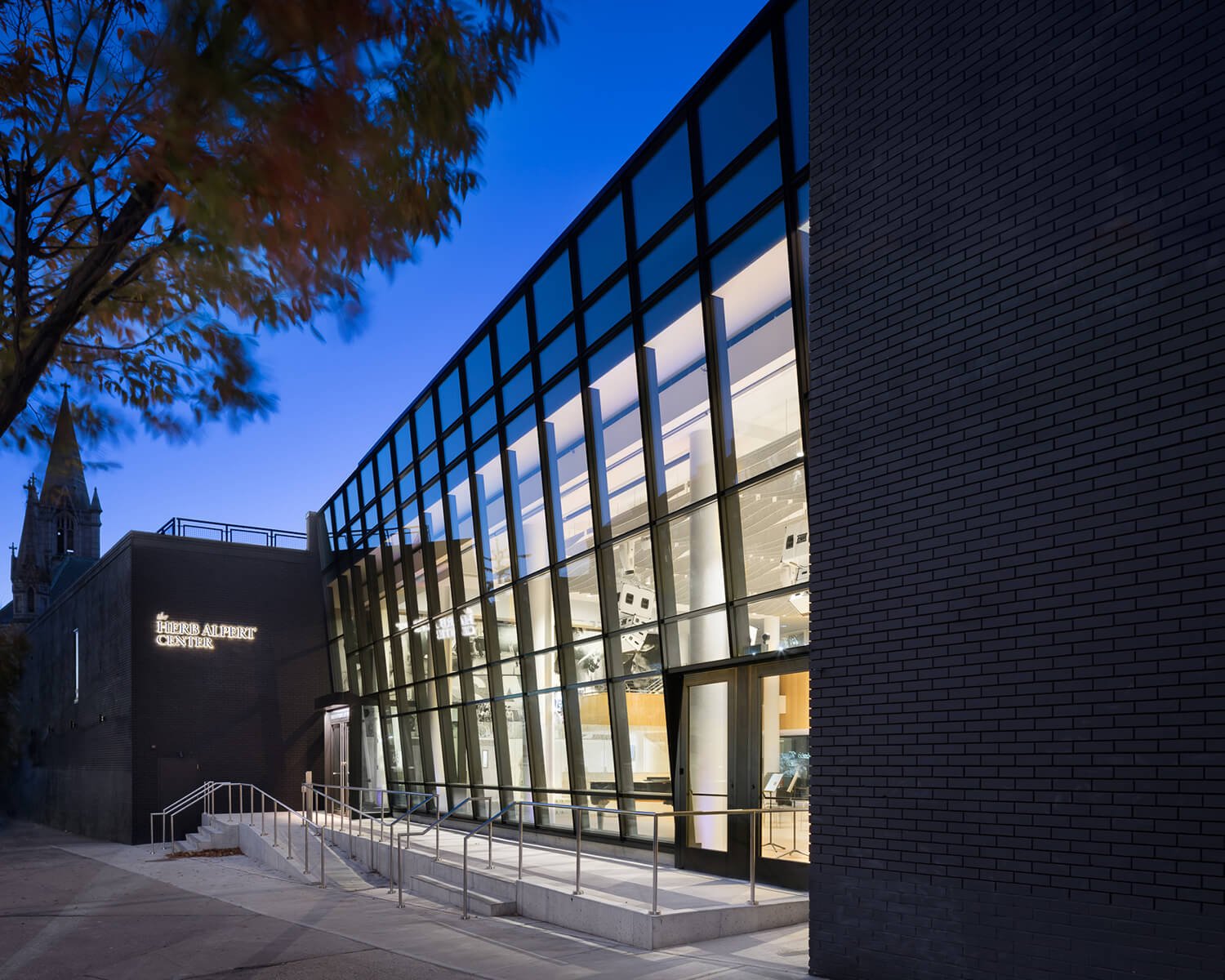 Situated between the main entry doors and the street, the new vestibule allows for passive surveillance of the child waiting for their caretaker, while remaining removed just enough for the child to peep around the corner to find the person coming to retrieve them. 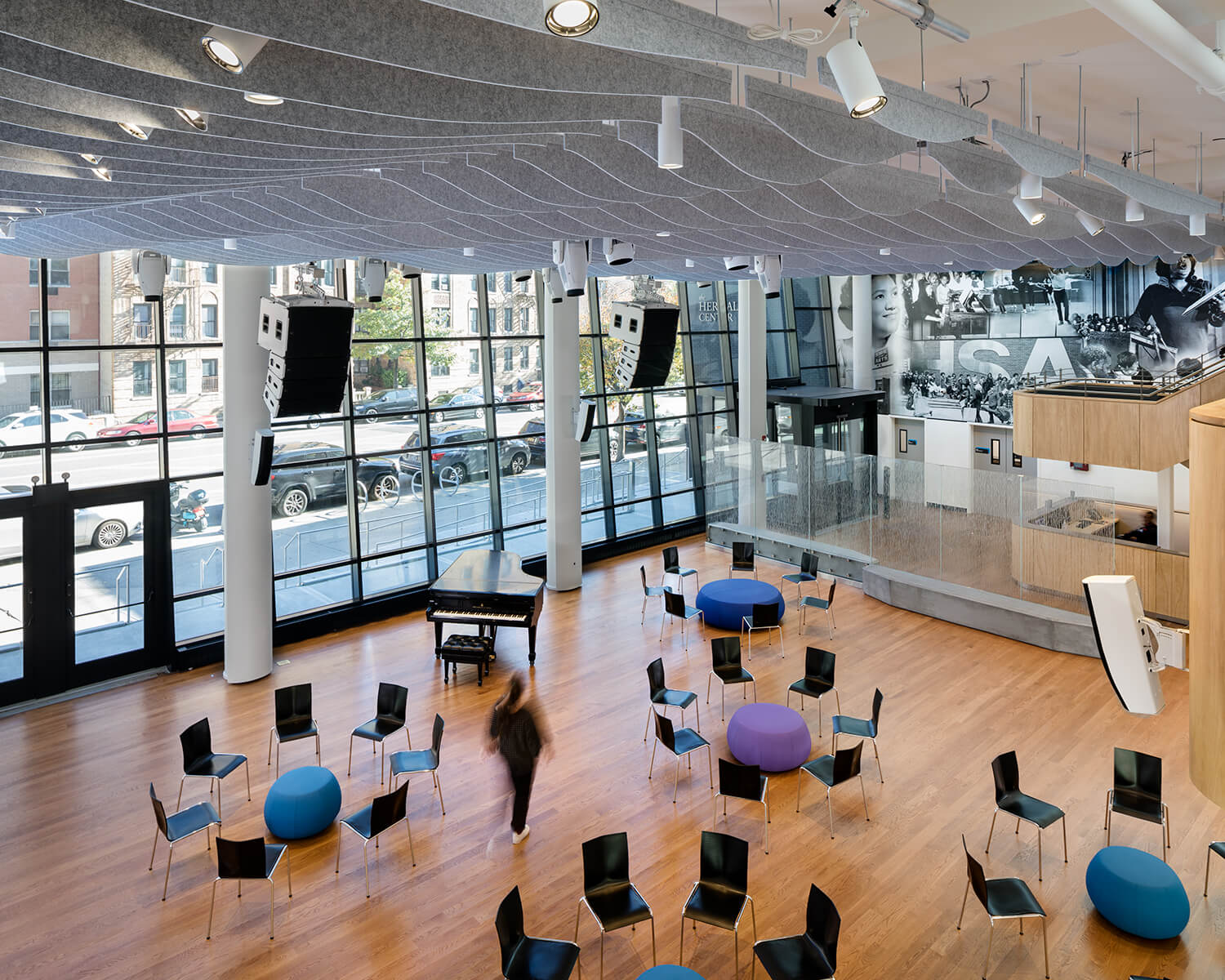 Inside, the spaces are designed to promote active, creative learning. “There are many soft edges to inspire the kids to make better art,” says Imrey. “You have to listen and learn for a period of time. The real direction comes from listening and learning… [to] integrate that and respect the community. Inclusivity is really important.” 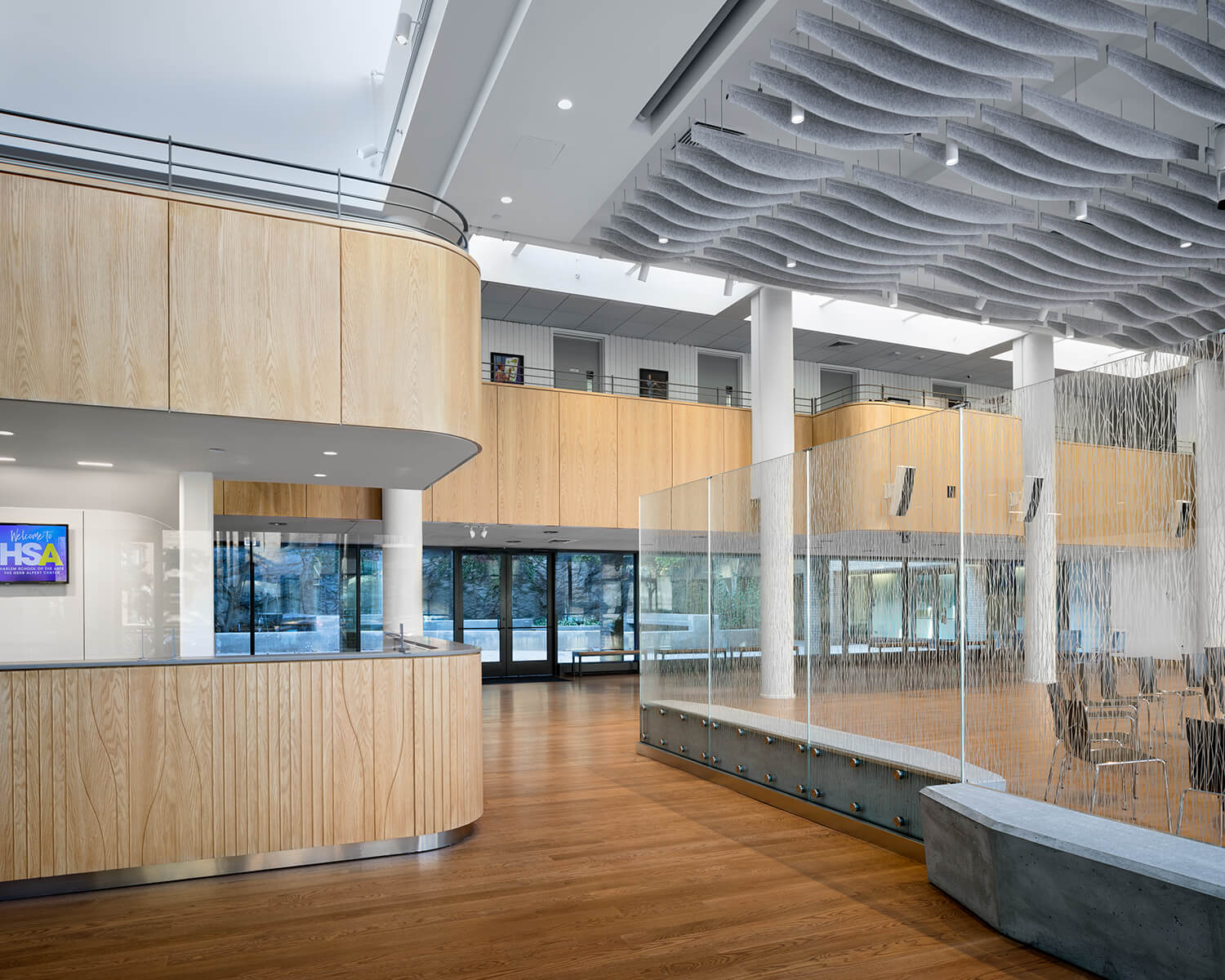 Nestled under the overhang of the central stair by the main entrance, a security desk is lined with textured wood — with divots just small enough for a little finger to trace the material as adults are conversing. The lighting is soft and warm, creating a lantern-like effect within the space to welcome performance even in the atrium. A deft combination of wood and rubber flooring and brick and glass walls offers a series of hard surfaces that communicate with each other. Felt-lined ceiling baffles add to the softness of the room while also absorbing sound. 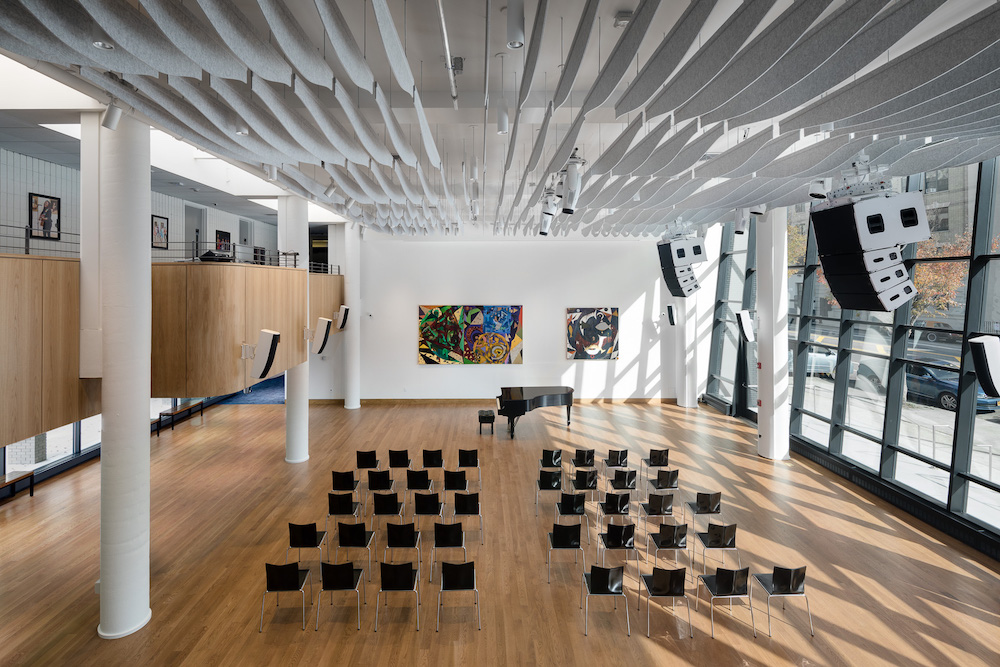 What’s most striking is the transparency and openness of it all. The new facade and the glass wall between the atrium and courtyard allow for a full view into the interior garden — which features a softly lit waterfall — from the street. Combined with materials and spaces that encourage performance, the sense of transparency and visibility makes for an inviting venue for both the students and the neighbourhood. 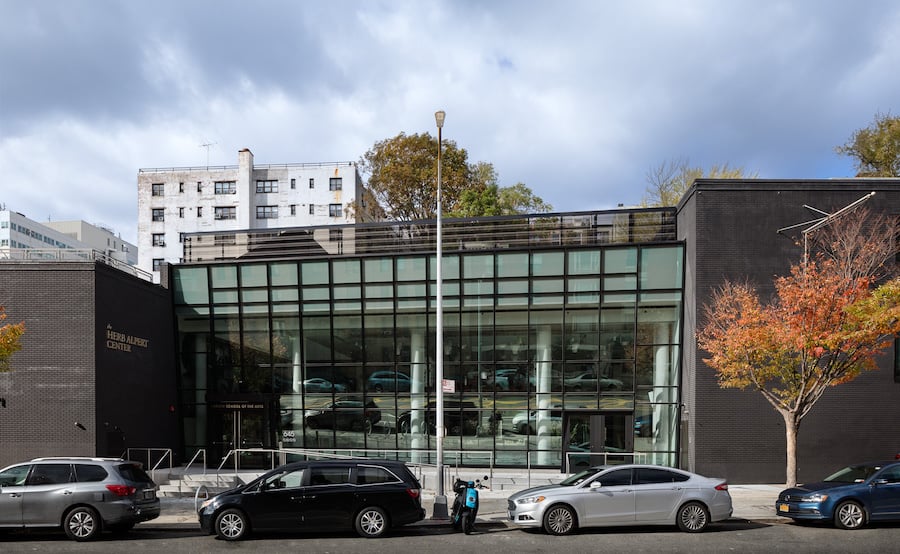 It is community that grows culture and culture that influences art, and The Renaissance Project invites the Harlem community to take part in the artistic joys provided by the HSA. Even from the street, it is remarkable what a facade can do.