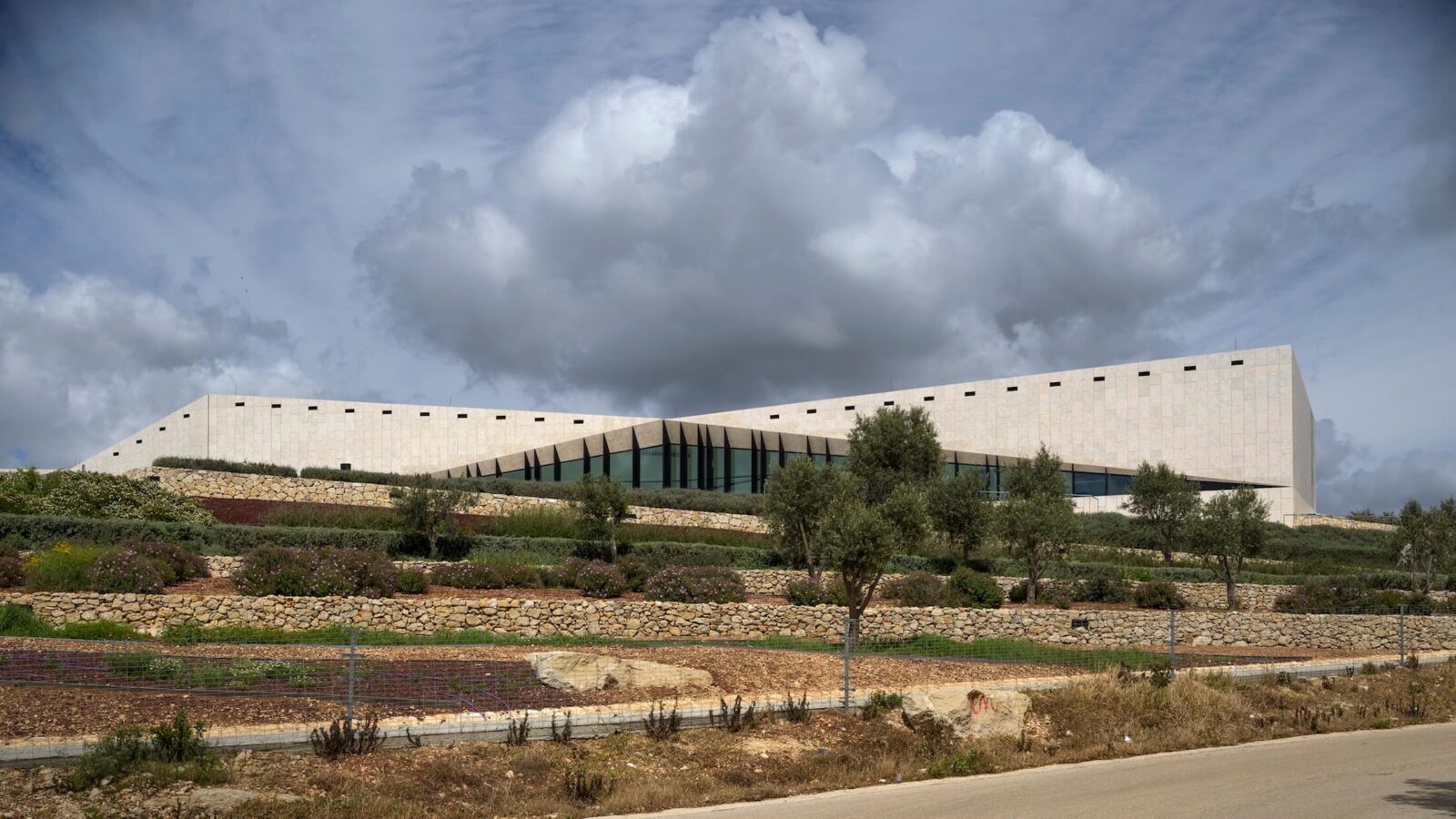 The six winning projects celebrate local context – and craft – with an eye to resilience and sustainability.

A museum in Palestine, a revitalized World Heritage site in Bahrain, a modular education hub in Bangladesh, a wetland centre in the United Arab Emirates, a university in Senegal, and a network of public spaces in Russia. These are the winners of the 2019 Aga Khan Award for Architecture. Given every three years, the award celebrates projects that “set new standards of excellence in architecture, planning practices, historic preservation and landscape architecture” in communities where Muslims have a significant presence.

This year, the winning projects stand out for their sensitivity to local context – with designs that speak to both the cultural and built landscape that surrounds them. In addition, a commitment to social and environmental sustainability is shared across the six winners.

Designed by Dubai’s X-Architects, the Wasit Wetland Centre is part of a larger project to rehabilitate a chain of wetland’s spanning part of the Persian Gulf coast. Creating a new visitor centre in a former dumping ground, the project is a synthesis of education and environmental stewardship, sitting at the heart of a nature reserve that protects some 350 bird species.

Taking advantage of the site’s sloping topography, the structure appears submerged into the landscape, minimizing its own presence in favour of the re-naturalized environment. A minimal interior privileges open views of the landscape, with natural shading and insulation combining to create comfortable spaces in a hot climate. From above, the interplay of fabric shades that protect the aviaries create a playful and geometric visual identity.

On a riverside where monsoon season submerges the landscape in up to three metres of water, a new school floats with the tide. Designed by Dhaka’s Saif Ul Haque Sthapati, the Arcadia Education Project utilizes bamboo to create a lightweight, cost-efficient, and low-carbon structure. 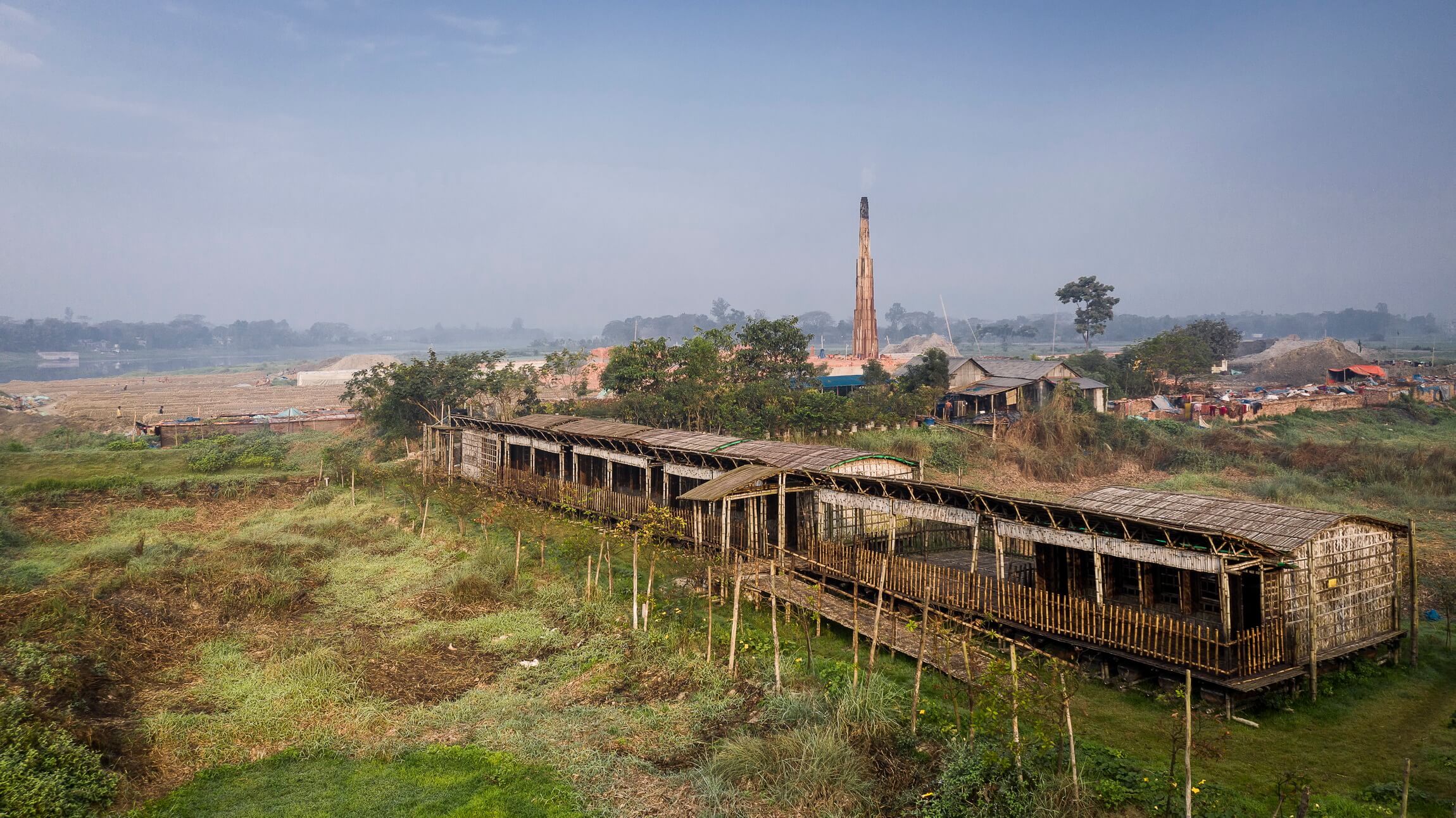 The amphibious structure is anchored to ground on bamboo posts, while a base of used tyres and 30-gallon steel drums allows the building to float. Purchased from neighbouring villages and floated down the river, the bamboo is waterproofed with a traditional Bangladeshi method using boiled jackfruit, and bound together with rope-tied joints that resist corrosion.

A Unesco World Heritage site, the city of Muharraq is gradually being revitalized – with its historic character meticulously preserved. Overseen by Bahrain’s Authority for Culture & Antiquities Conservation Department, the project combines building restorations with selective adaptive reuse, while restoring the passive climate control once provided by former wind towers. In transforming vacant lots into parks and public spaces, the long-term project is gradually introducing a more sociable ambiance to the city.

Once a city of pearl divers and craftspeople, Muharraq’s social fabric is gradually being restored by the project. Humble diver homes are being rebuilt as part of the restoration, with former inhabitants invited to return. But the project does not shy (entirely) away from the new – with brutalist and contemporary elements tastefully integrated into the rebuilt urban milieu.

Dublin-based heneghan peng architects have designed a zig-zagging museum that rises from the site – evoking the agricultural terraces built by local villagers to improve cultivation of the land. Finished in local limestone, the building is contoured to minimize solar heat gain while inviting natural light, while the garden of agricultural crops that surrounds the building harvests rainwater for local irrigation, as well as the building’s flush systems. 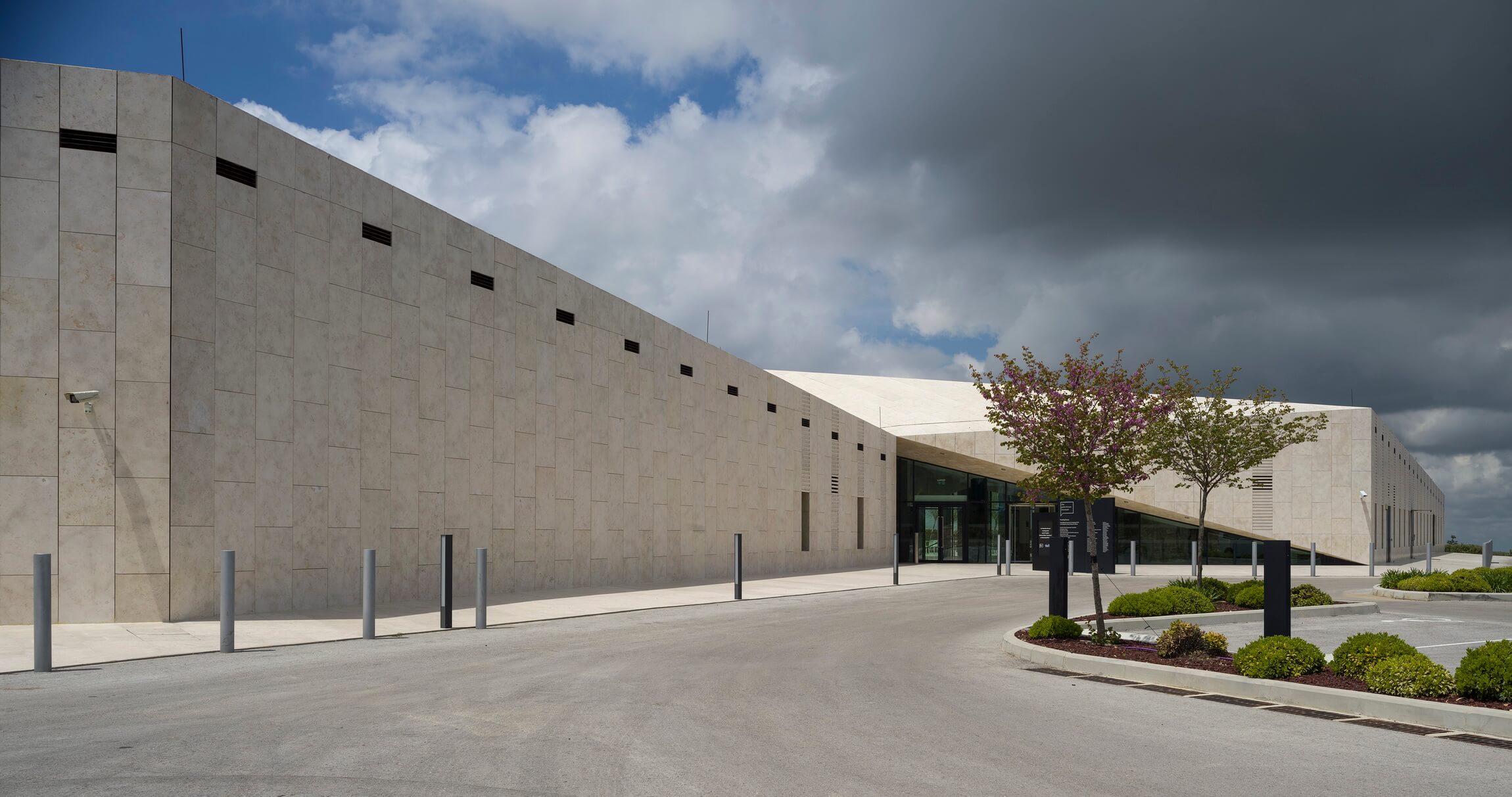 Built with a mandate to “foster a culture of dialogue and tolerance,” the new Palestinian Museum introduces a vital cultural venue to the central West Bank.

Designed by Spanish architects IDOM, the new Teaching and Research Unit adds a major infusion of classrooms, lecture halls (including a 500-seat space) laboratories, and offices, to Alioune Diop University. Clad in a lattice screen of perforated breeze-blocks – which were manufactured on site by local craftspeople – the project uses local building techniques to create a striking architectural presence that defines the campus.

The use of breeze-blocks is also an important sustainability feature for the building, mitigating solar heat gain while inviting ventilation. A rainwater and wastewater collection system further improves efficiency, while keeping operating and maintenance costs to a minimum. 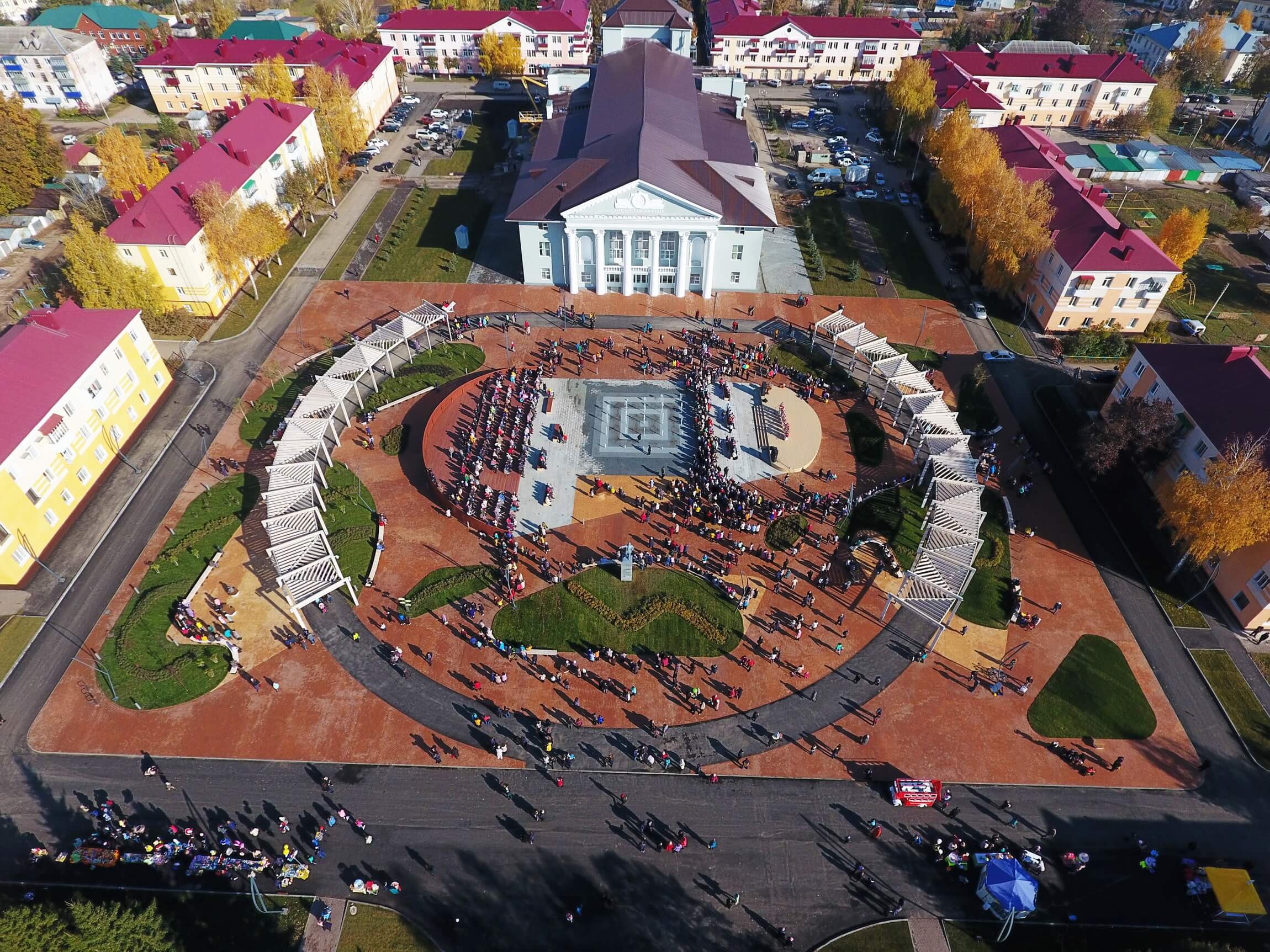 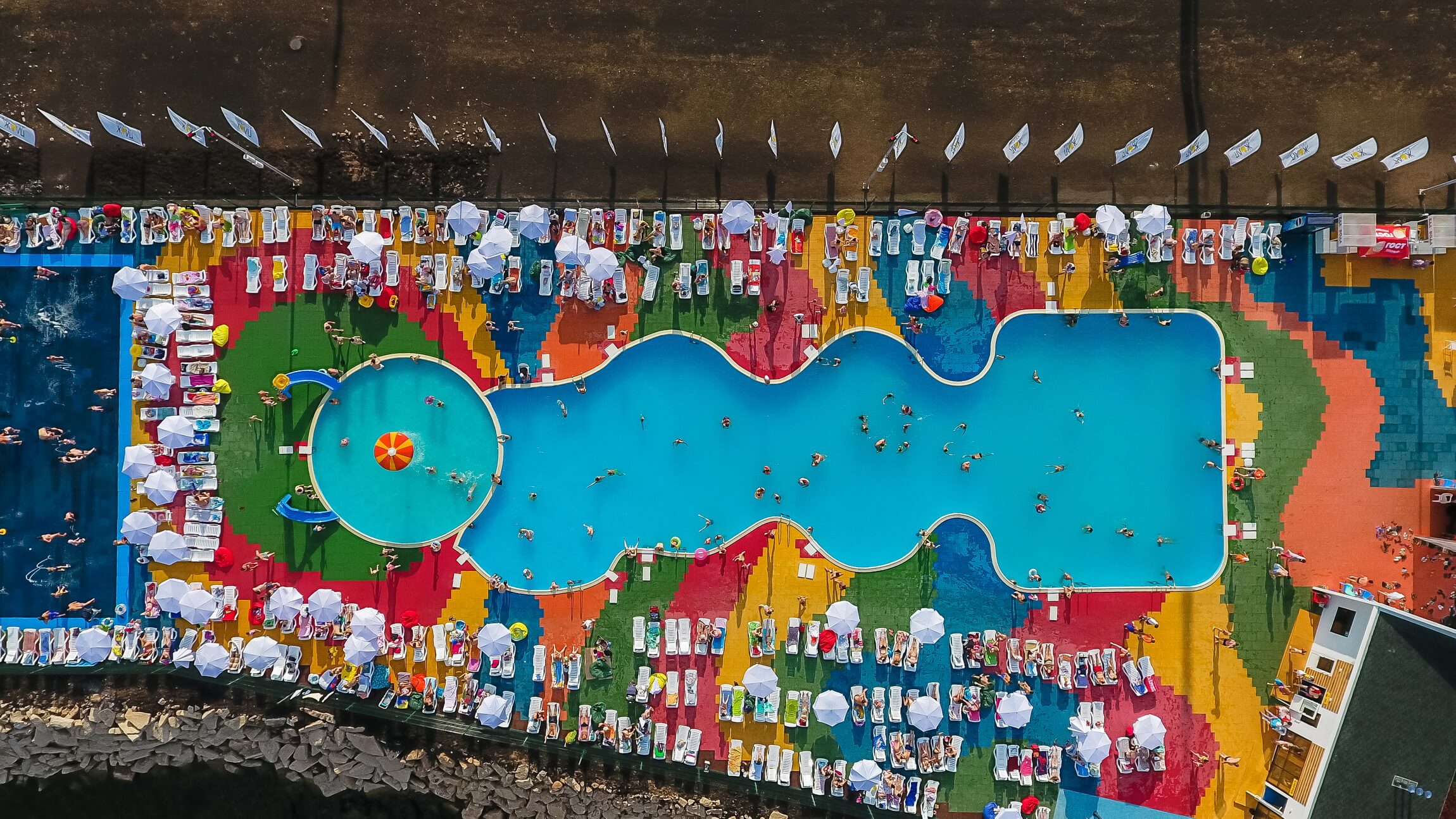 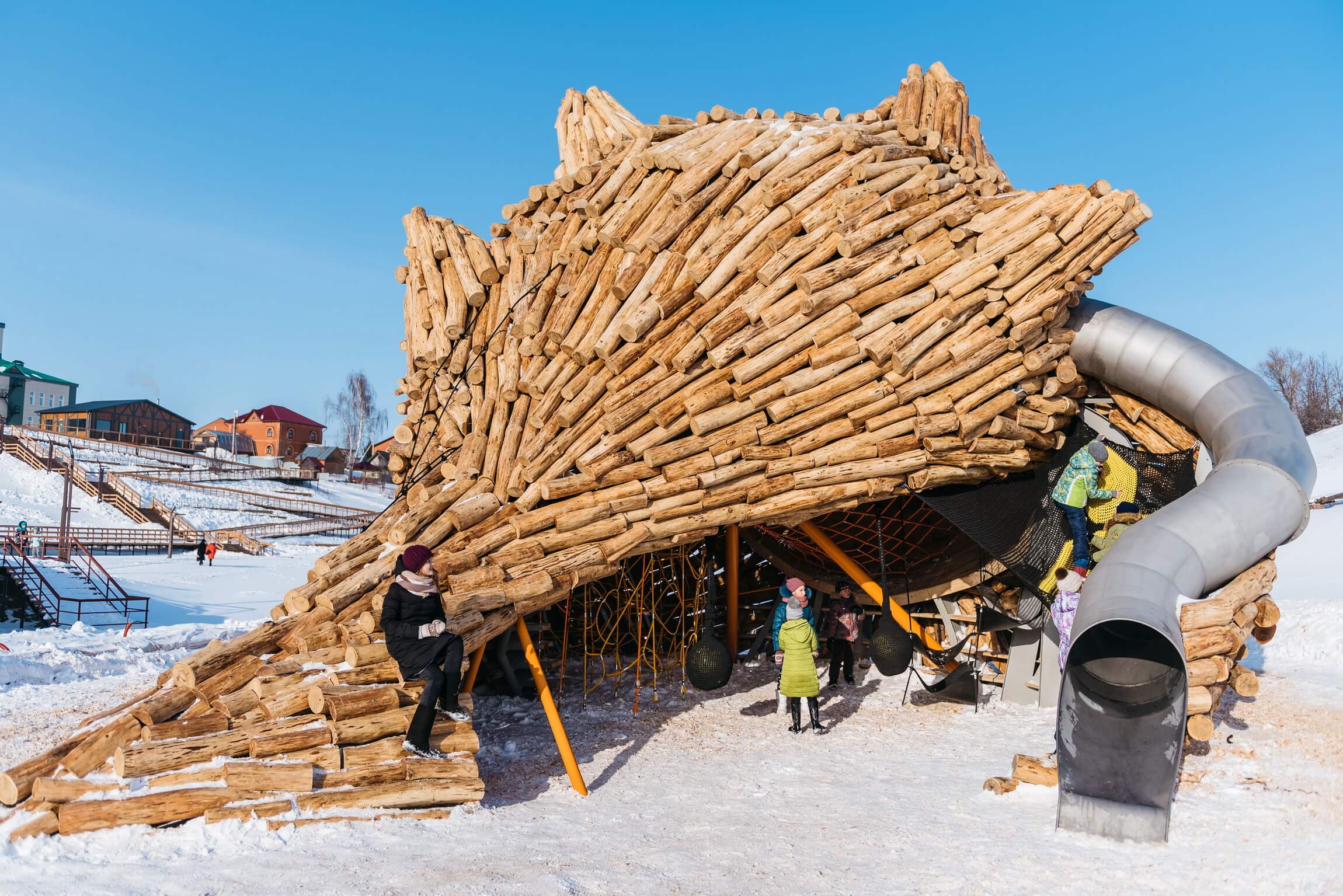 A participatory design process defines each space, with members of the local community brought into the decision-making process, along with economists, anthropologists, dendrologists and others. The success of the Aga Khan Award-winning program prompted the Russian Federation to expand the initiative across the country.

More information about the Aga Khan Award in Architecture is available here.

The six winning projects celebrate local context – and craft – with an eye to resilience and sustainability.