Coop Himmelb(l)au’s Open Parliament in Albania
"Our design for the new parliament in Tirana, Albania, stands for the transparency of democracy," says Wolf D. Prix, co-founder of the firm. 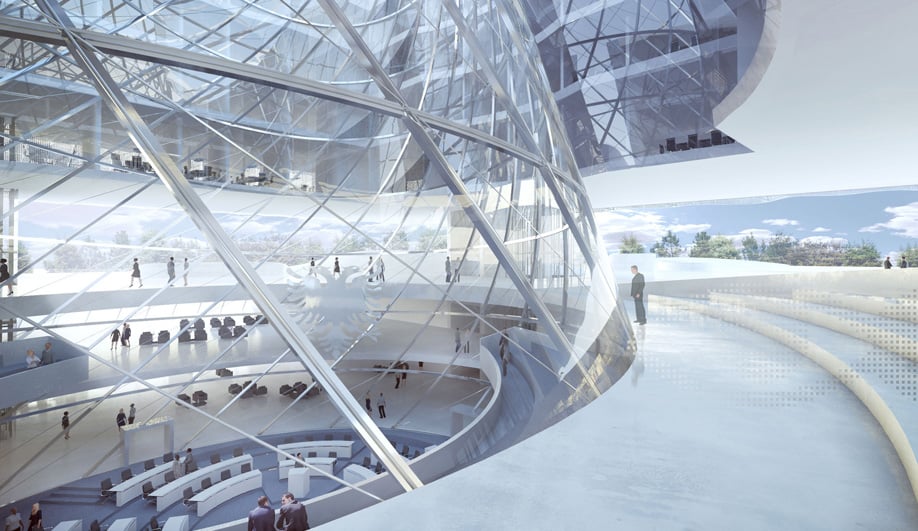 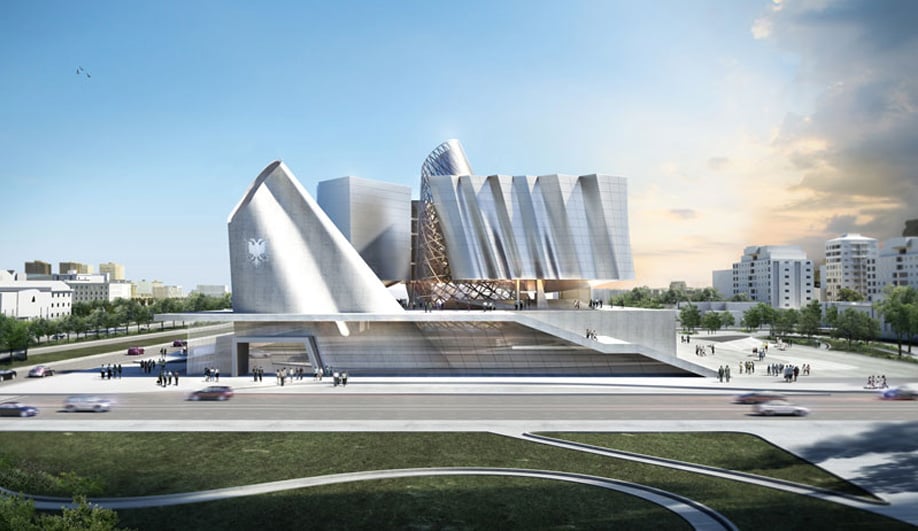 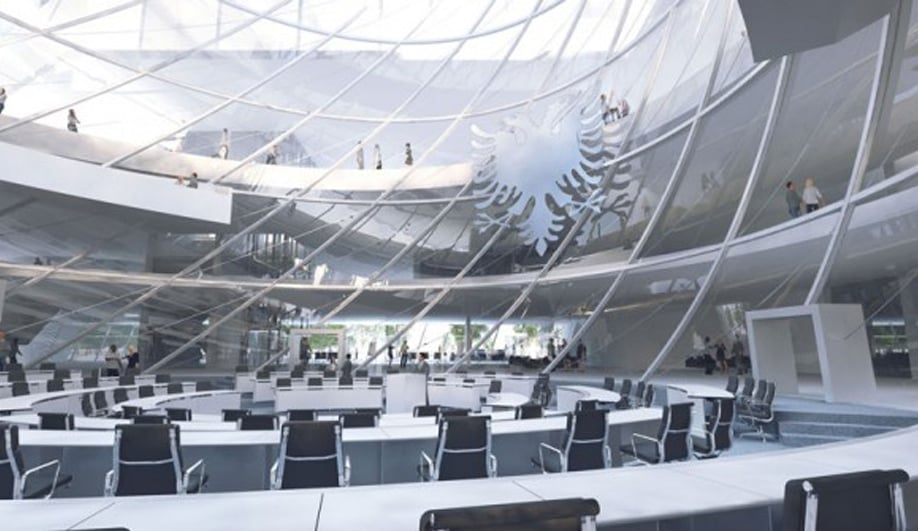 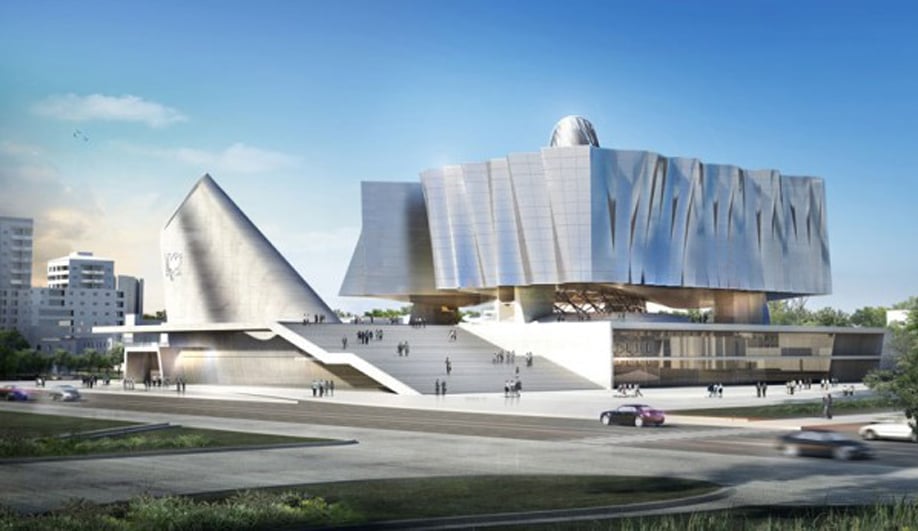 Austrian firm Coop Himmelb(l)au unveiled images of its winning proposal for the new parliamentary complex of Tirana, beating out such competition as Jean Nouvel and Behnisch Architekten. The radical architecture firm’s design makes extensive use of glass to express fundamental democratic values such as openness, transparency and public co-determination. This dynamic megaplex wrapped with a curtain-like exterior skin has been chosen as the representation of Albania’s democracy.

Driving the design were three main ideas: making a strong contemporary statement in the city centre; assembling the different governmental functions into one compact campus; and creating a distinct building for the capital’s most important institution. The winning design doesn’t simply symbolize transparency but also aspires to a broader set of values, like ecological responsibility and neighbourliness within the urban fabric.

The new assembly will be built on the 28,000-square-metre site of the former mausoleum of Stalinist dictator Enver Hoxha, and will serve as a visual landmark for the citizens as well as a bold representation of the Albanian Republic’s future political centre. Surrounded by an elevated plaza, the parliamentary hall at the core is situated in a glass cone that rises above an adjacent office building. A wide public stair engages the street, leading visitors to the landscaped roof of the plinth, from where they can look into the parliamentary hall. The main entrance is through a massive solid cone that acts as the counterpart to the glazed parliamentary hall. The cluster of different elements – conical forms, office block, and stair – is united by the plinth into a singularly dominant structure, which signifies the strength of democratic values.

The building will “perform” both as a piece of urban design and as an example of sustainable architecture. Both active and passive solar concepts are utilized to enhance energy efficiency and reduce the use of fossil fuel. In addition, the second skin made from panels of perforated steel that envelops the office building improves its performance in relation to daylight intake, views, thermal insulation and natural ventilation; with strategies to mitigate solar control, glare and noise protection.