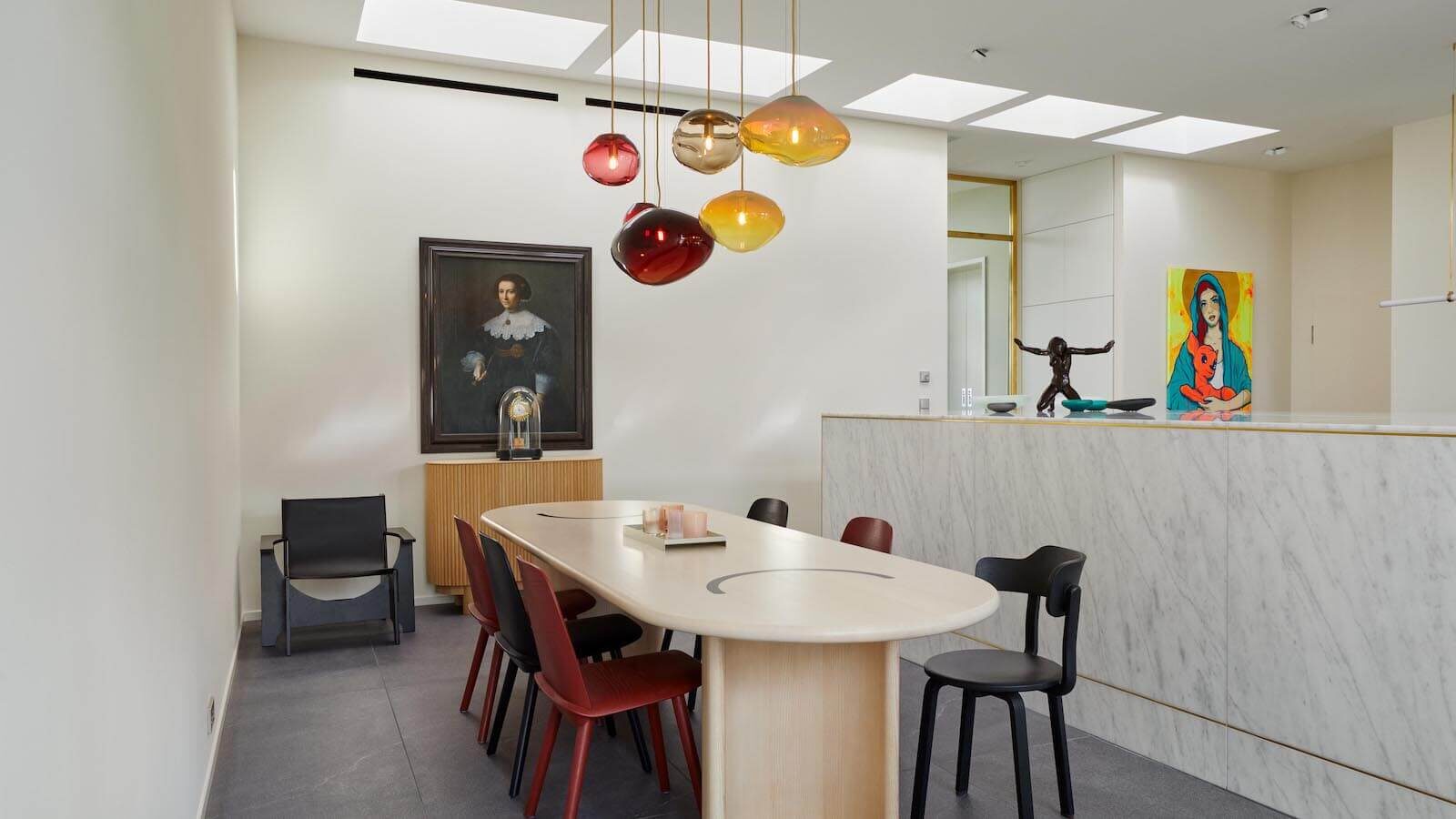 Designing a home around an art collection is no mean feat. Allowing paintings and sculptures to take centre stage often means creating spartan environments inspired by the austere “white cube” of a modern gallery. On the other hand, prioritizing cozy, expressive living spaces risks an aesthetic clash between art and décor that ultimately diminishes both. In Berlin, however, a newly completed apartment by local studio Coordination stakes out an uncommonly fine balance, with an interior that seamlessly combines the comforts of home with the purity of a gallery. 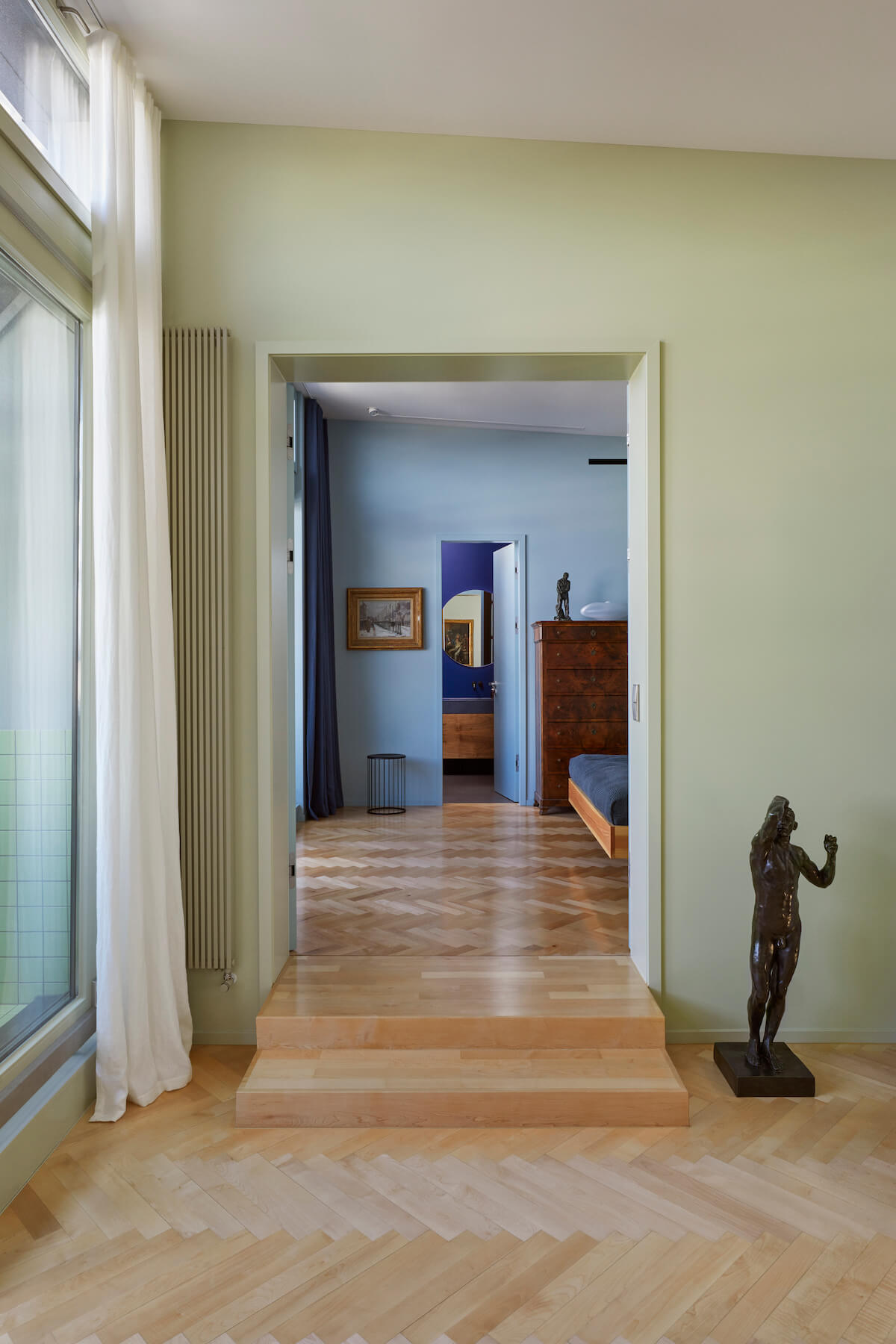 Situated in a courtyard apartment building in the city’s west end, the apartment was carved out of a pair of attics, forming a unique space that allowed the designers to create a bespoke layout within an L-shaped shell. The configuration allowed Coordination to divide the suite into two distinct zones, with more public spaces — including the kitchen, dining area and office — facing the communal courtyard, while the bedroom, living room and primary bathroom look out over a pair of balconies facing the street. 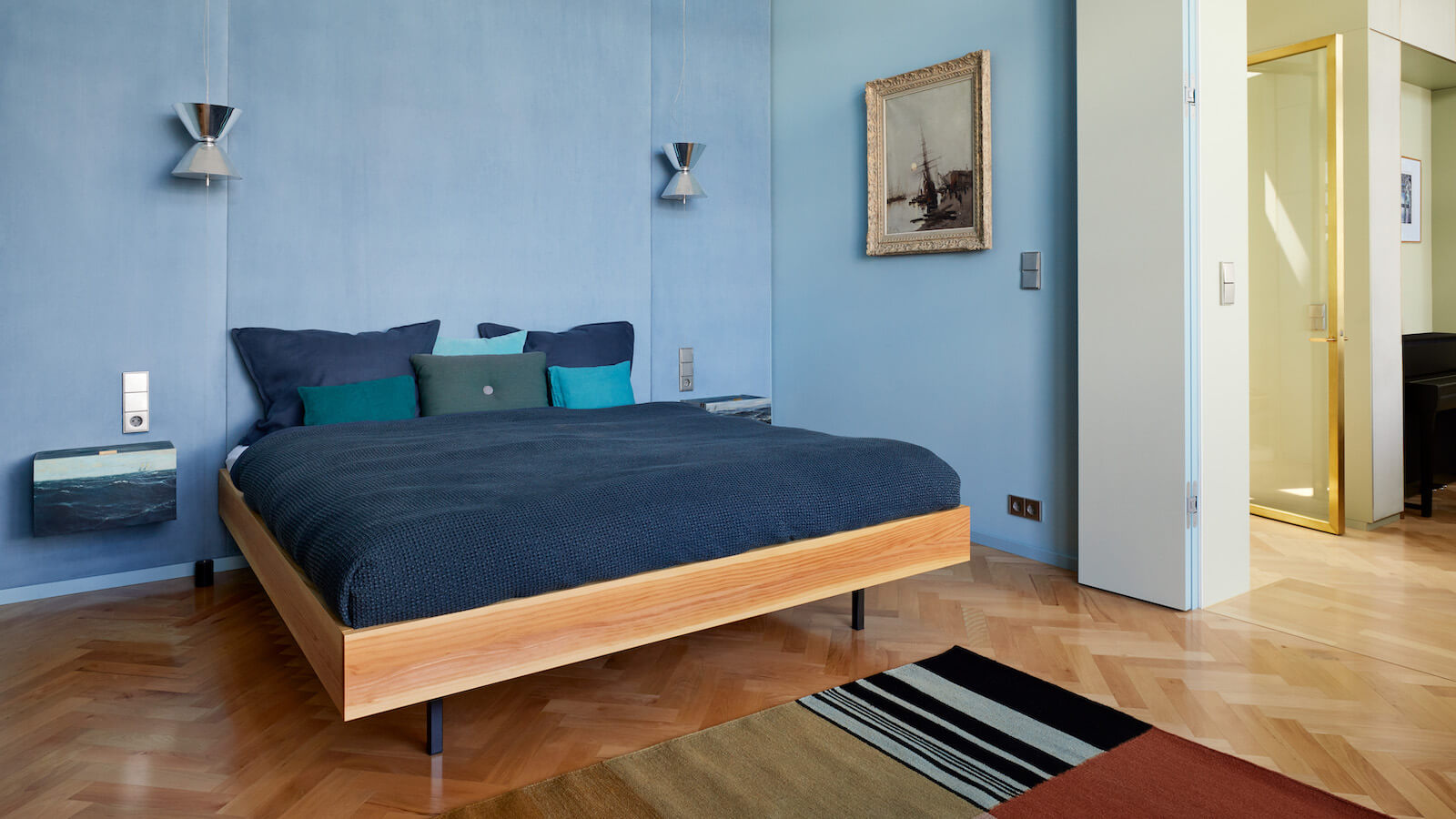 Designed for an avid Berlin art collector, the 131-square-metre apartment takes its visual cues from the works that are carefully placed throughout the home. The relatively clear separation of private and communal zones allowed Coordination to create a range of distinct environments, with a procession of rooms in monochrome hues that respond to the artworks within. 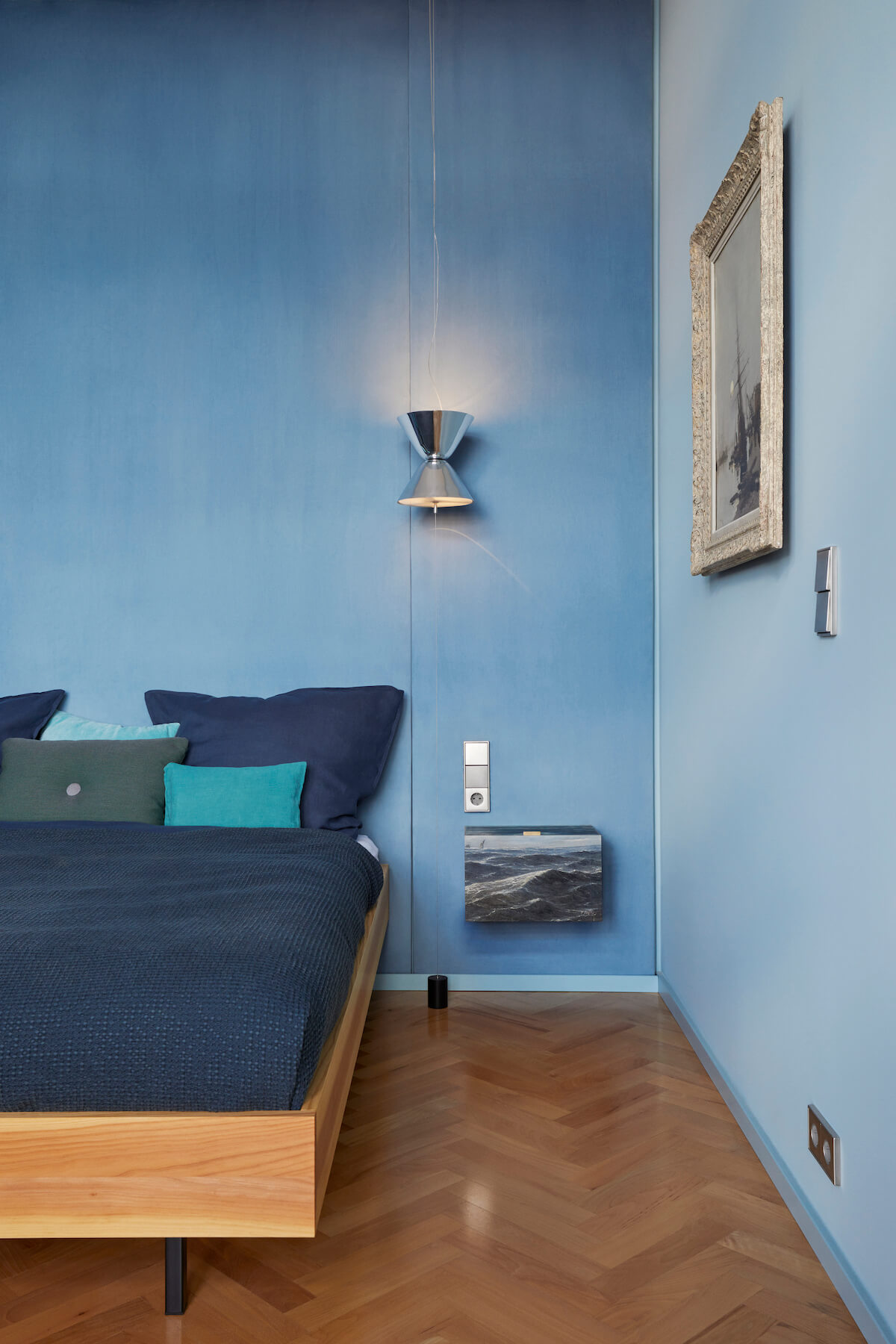 In the tranquil bedroom, for example, paintings depicting nautical scenes are paired with soft blue backdrops. The colour-blocked space is framed in a pair of subtly contrasting light blue tones, and accented by darker curtains — as well as a bolder tone above the ensuite vanity. In the walk-in closet meanwhile, a slightly greener tone sets another mood, emphasizing a sense of passage from one space to the next. 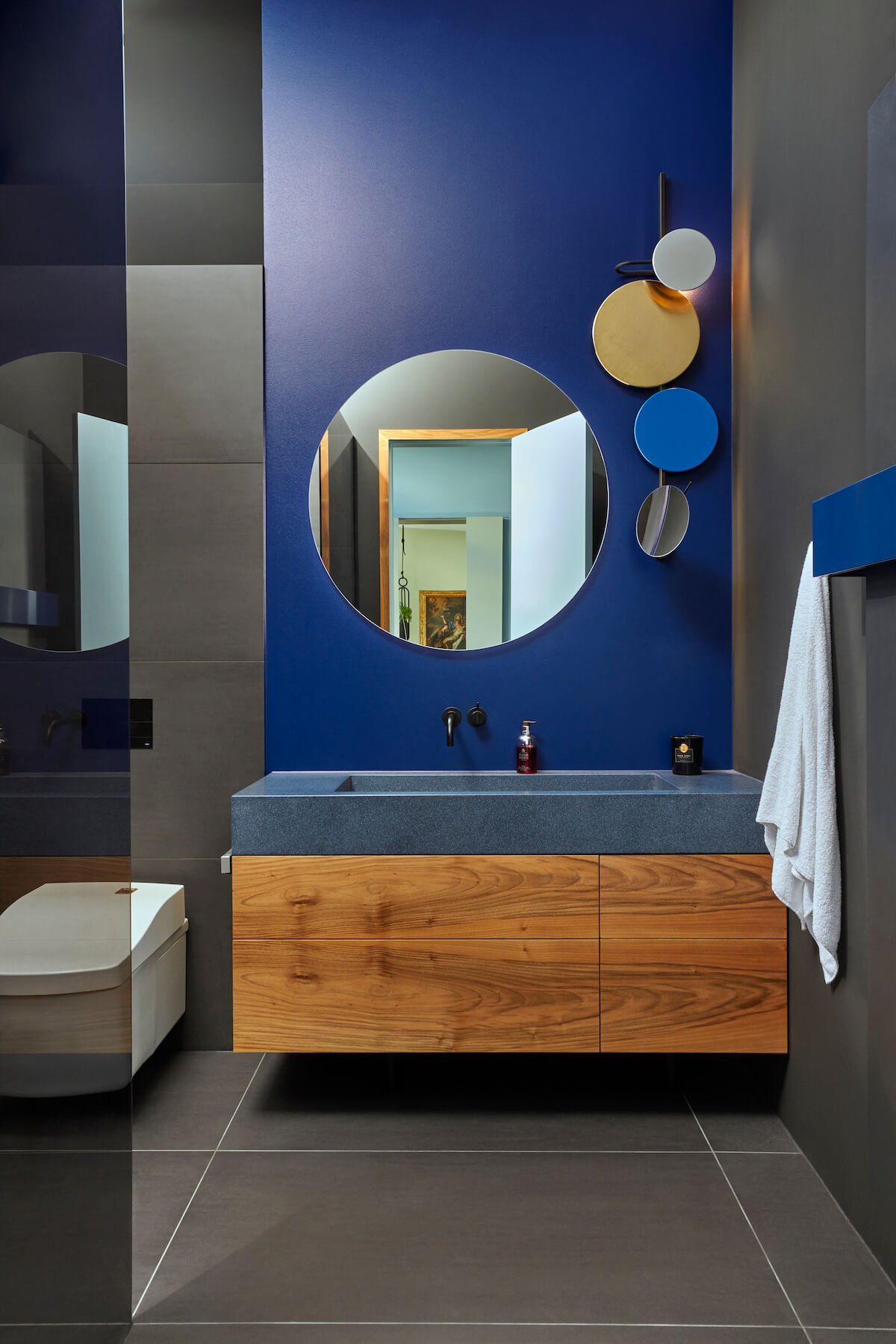 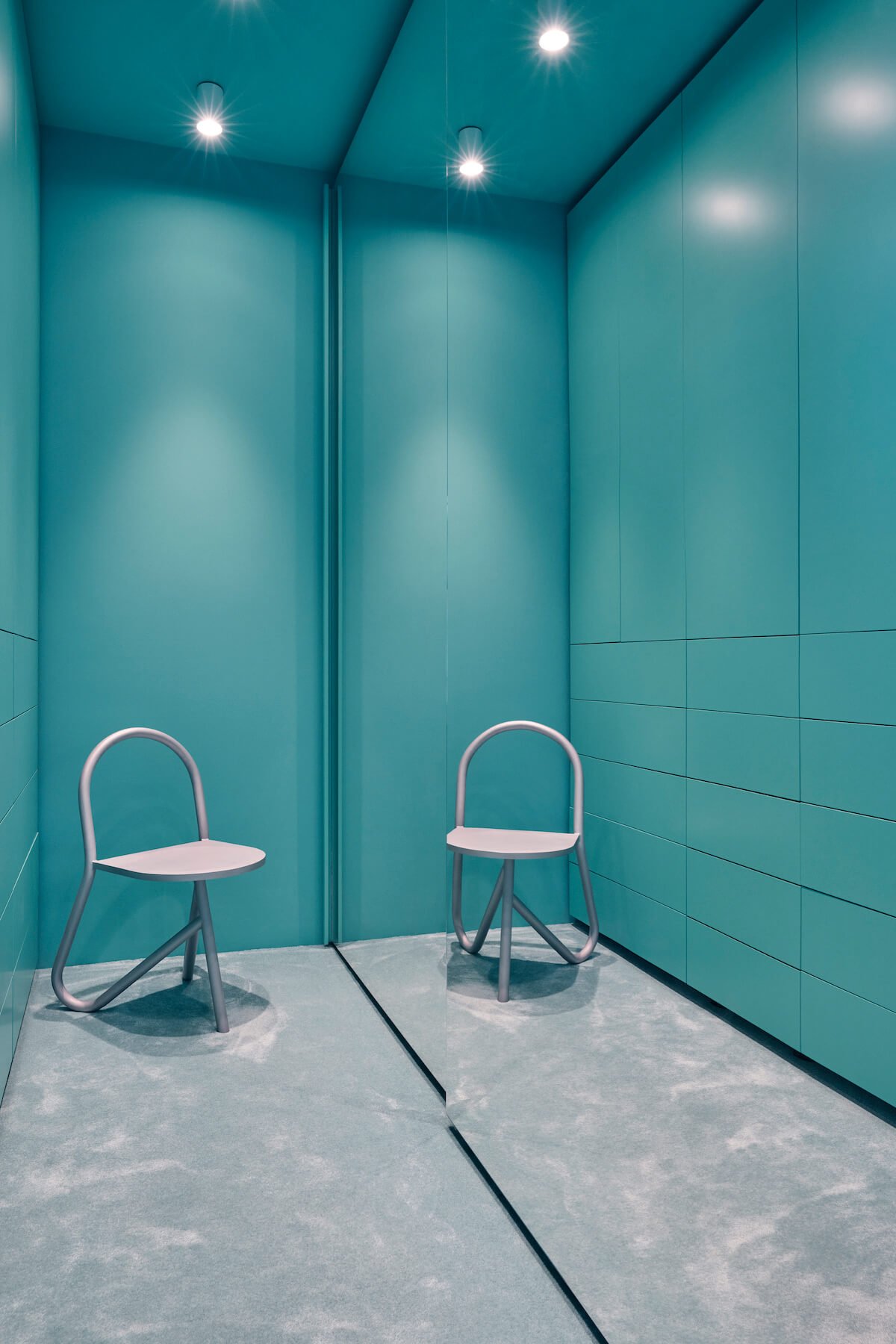 In the living room, an elegantly subdued backdrop of pale green hues allows an 18th-century Pietà painting to remain an undisputed focal point while fostering a sense of residential warmth. Rounded out with floor-to-ceiling cabinetry — including a custom nook for the piano — and a bespoke shelving unit, the furnishings, fixtures and and accent colours introduce character while retaining a sense of unity. The space remains a canvas for art, but a comfortable one. 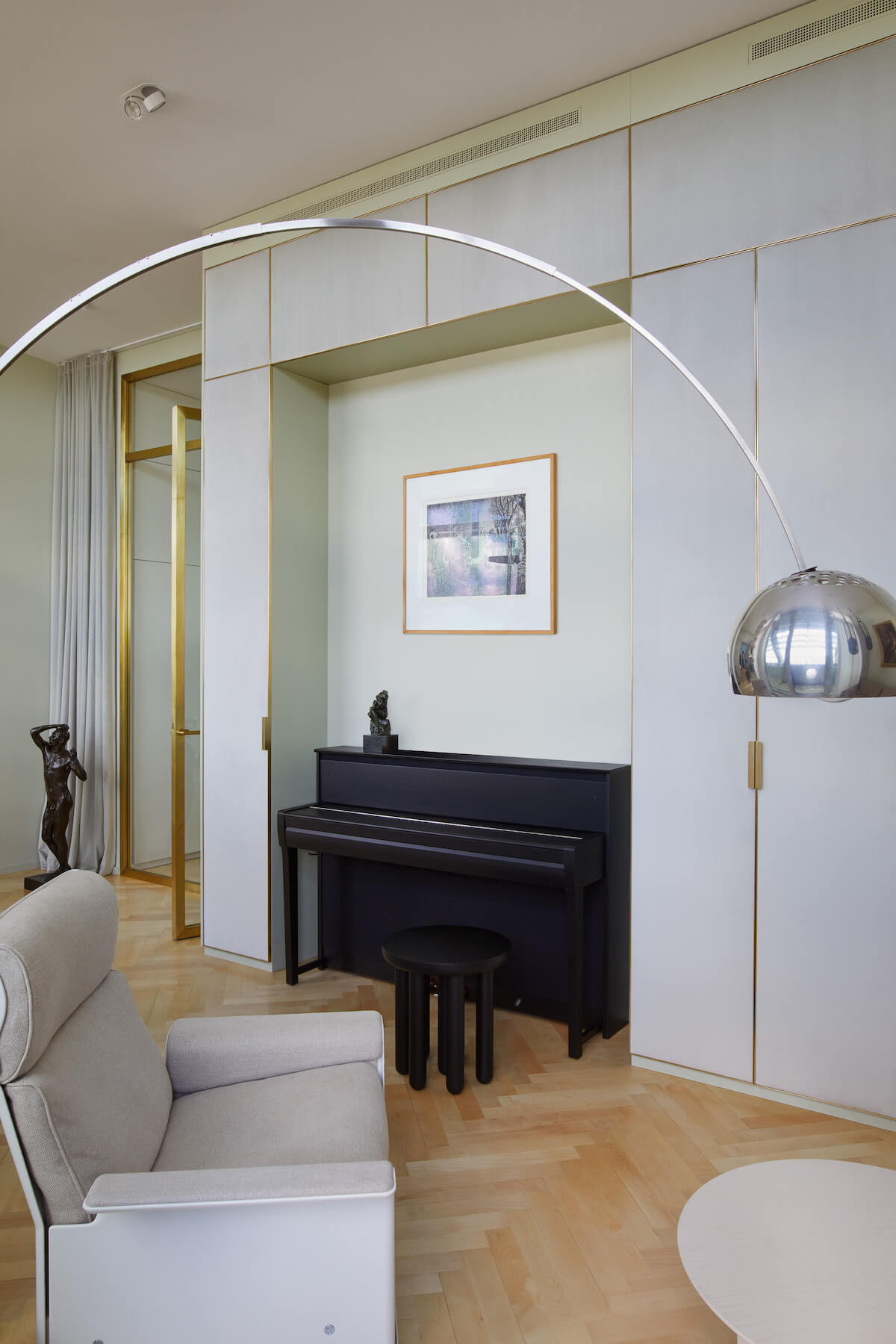 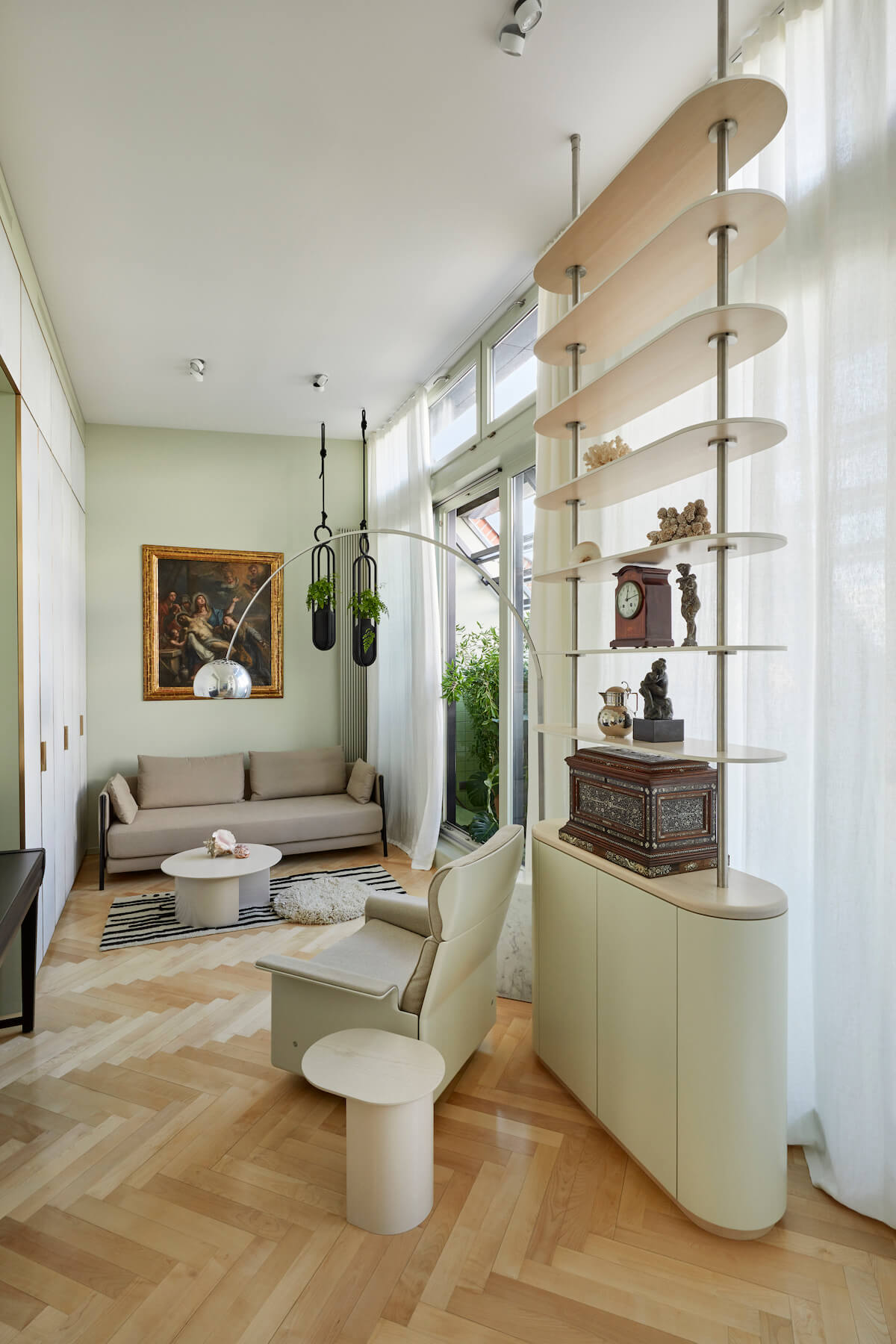 In the dining room and kitchen, a 17th-century oil painting commands attention, along with a diverse selection of more modern works. The furnishings — including a custom dining table with assorted seating — are as varied as the art, creating a surprisingly coherent space via a motley of motifs. While no individual style or aesthetic predominates, Coordination have created a legible whole, and a museum worthy of being called a home.