Costa Azul, a Modernist Home in Mexico
In creating this intimate villa in coastal Mexico, Vancouver's Campos Leckie Studio carved out shared and private spaces for the owner and her B&B guests. 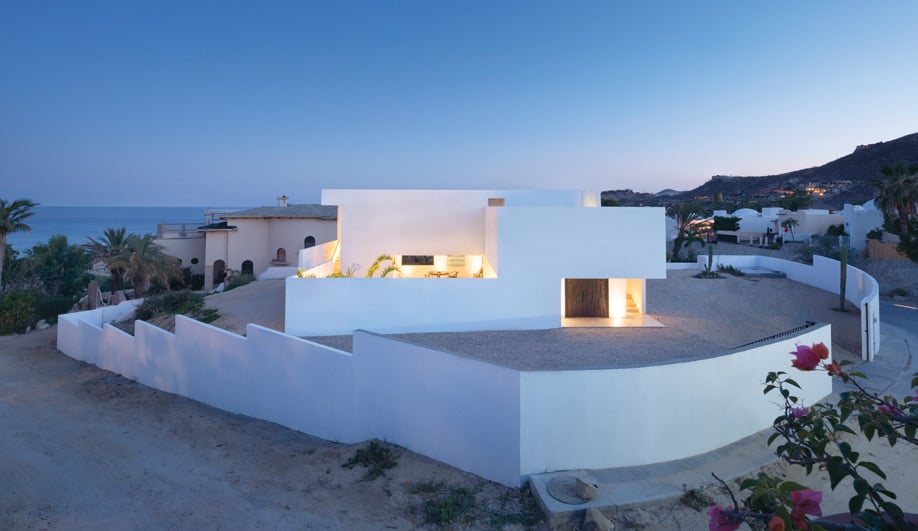 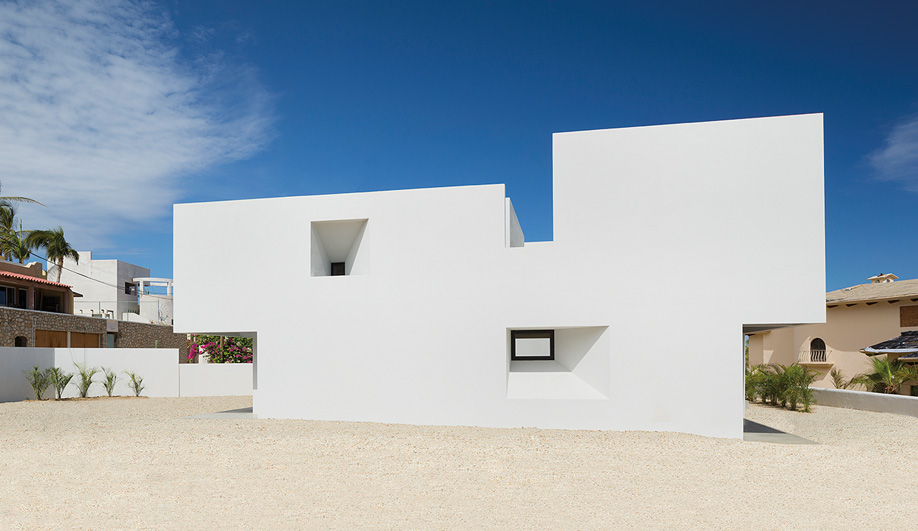 Deeply recessed windows let in light while blocking out direct sun and heat. 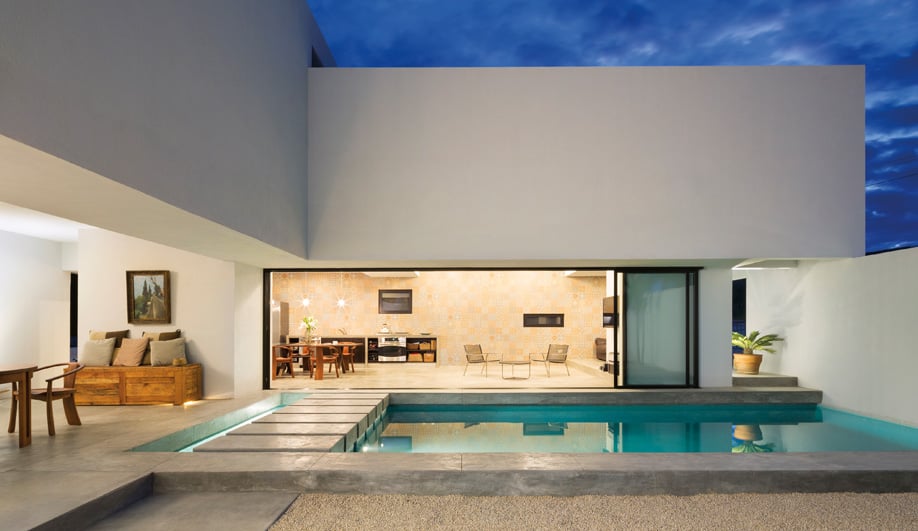 The main level opens on three sides and surrounds a 3.8-by-9.4-metre pool. 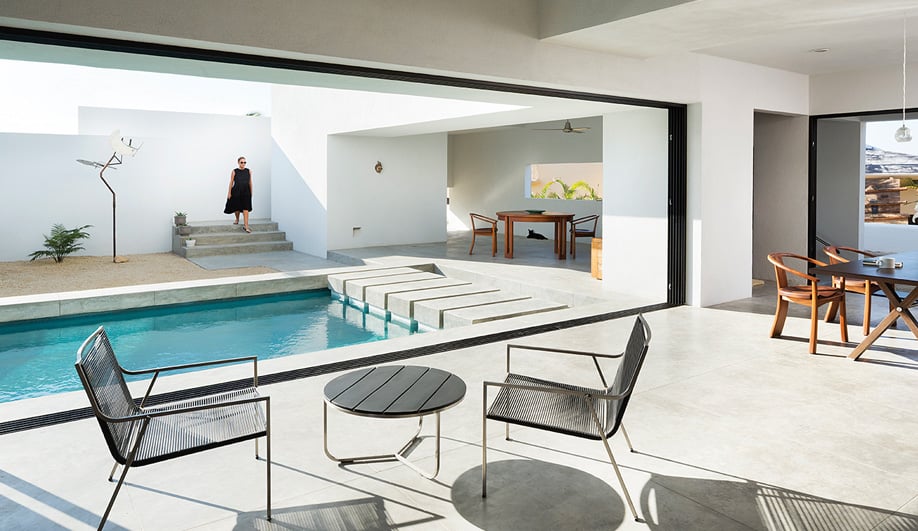 Various stairways allow the owner and her guests to move through the house discreetly.

In creating this intimate villa in coastal Mexico, Vancouver’s Campos Leckie Studio carved out shared and private spaces for the owner and her B&B guests.

Amid the Spanish colonial villas of San José del Cabo – a town of nearly 70,000 and less touristy than nearby Cabo San Lucas – a modernist home stands out. Costa Azul is the latest residential project in Mexico by Campos Leckie Studio, a Vancouver firm that recently disbanded to become two separate studios. Over the past decade, though, principals Javier Campos and Michael Leckie built a reputation for their off-grid houses in hot desert climates, particularly in the sun-drenched southernmost tip of Mexico’s Baja California Sur.

From the street, Costa Azul reads a bit like a Donald Judd stack of modest building blocks. Yet the all-white concrete home, designed for a single film-world professional and her black cat, Zelda, is deceptively complex. The boxy form is built around passive solar principles and the client’s plan to use the house as an Airbnb enterprise. It is also a study in contrasts, a deftly executed dance with the demands of intense sunlight and shade, and the need for private and shared spaces where strangers can feel comfortable under the same roof.

From this hilltop perch, the views are spectacular, with a popular surfing beach to the east and sand-covered hills to the south. The house occupies approximately one-third of the 932-square-metre lot, which is surrounded by a semicircular wall that adds a strikingly gestural sense of flow and movement. Inside, each delineated space, including the kitchen and living areas, connects to the outdoors and the main attraction: a swimming pool in the courtyard.

Privacy is maintained via a series of walled-in stairways, multiple entrances and discreet corridors, all of which recall a desert modernist version of Jorge Luis Borges’ library of Babel. The various ways to traverse the interior allow the owner to move from the outer courtyard to her bedroom upstairs without disturbing the guests, who access their rooms and the communal rooftop deck by separate routes.

The architects engaged fully with the sky plane, so that the more the indoor and outdoor volumes blend, the more what’s above becomes a key part of the overall palette, creating dramatic blocks of blue next to the painted concrete and white plaster. A tiled shower is left open to the elements, while slices of sky are strategically revealed poolside.

One of the big differences between working in the city versus the desert, says Campos, is that you have other houses to contend with. “In the desert, there is so much open space,” adds Leckie. “The challenge is to focus the eye on a specific view so it doesn’t get lost.” In San José del Cabo, the goal was a bit of both: to frame the views and filter out the residential surroundings. From the patio, for instance, the neighbour’s garden is visible, but not the house; in the kitchen and living area, the windows align with the distant hills and the beach. These gestures reveal the structure’s singular grace, as well as the drama of Baja itself.