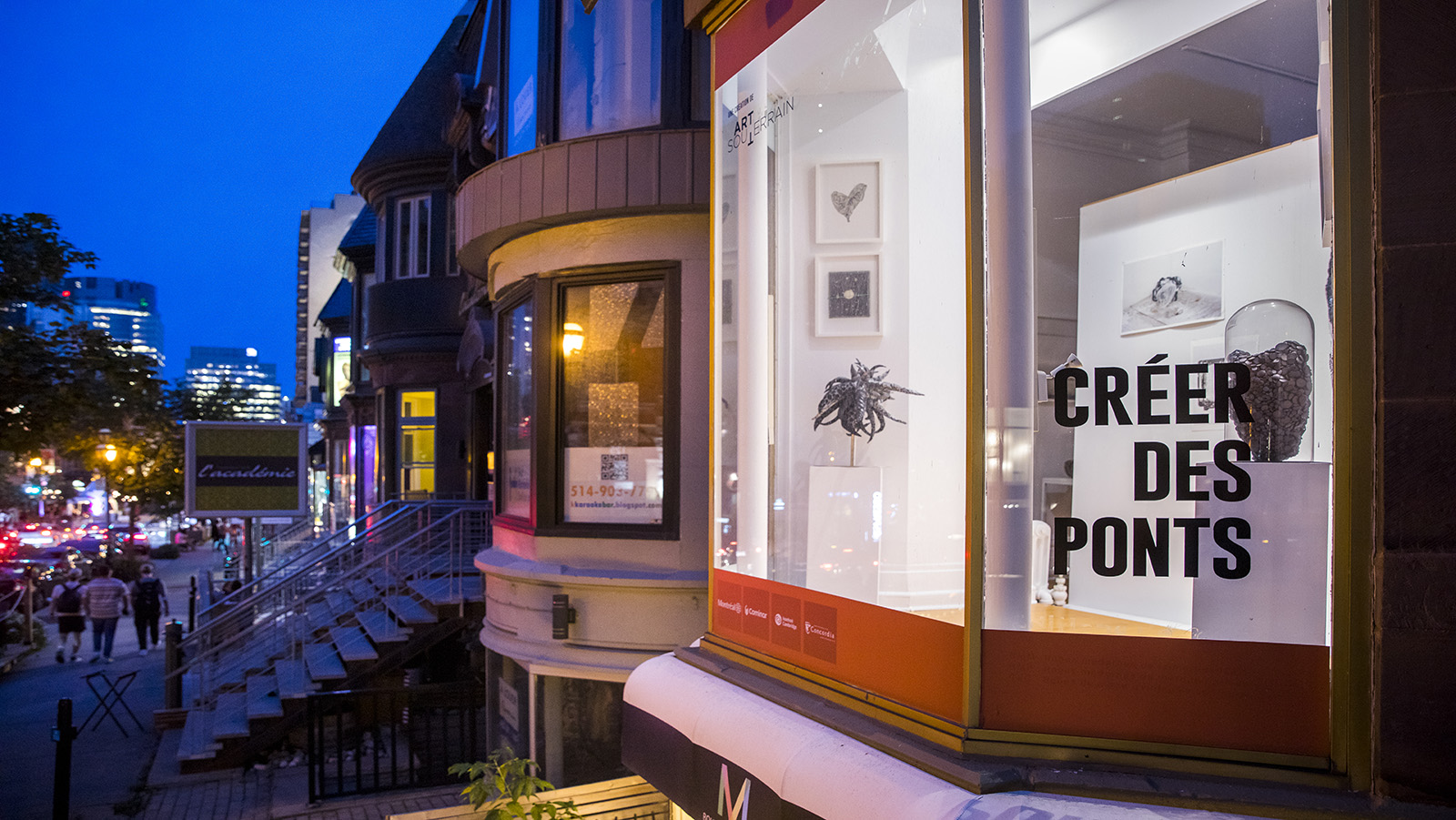 To the city, however, Créer des Ponts’ bridge-building between the artistic and real estate communities represents no mere cultural event. It is an essential component in Montreal’s recovery from the COVID-19 pandemic — and part of a broader roadmap to addressing a long-term crisis in retail vacancy. 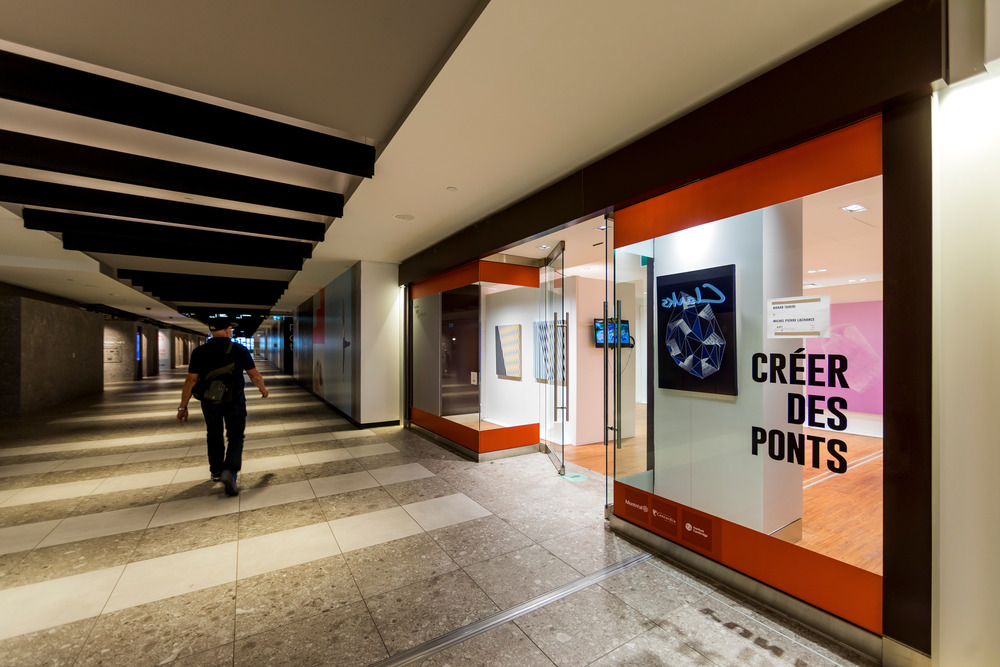 But will it work?

Since its founding in 2009, Art Souterrain’s efforts in bringing art to the public realm have occasionally merged with the interests of commercial real estate. The Art Souterrain Festival, for instance, takes place within Montreal’s “underground city” of privately owned public spaces. Vitrine sur l’Art, launched in 2016, is a neighbourhood revitalization effort which seeks to fill the windows of vacant storefronts with contemporary art. 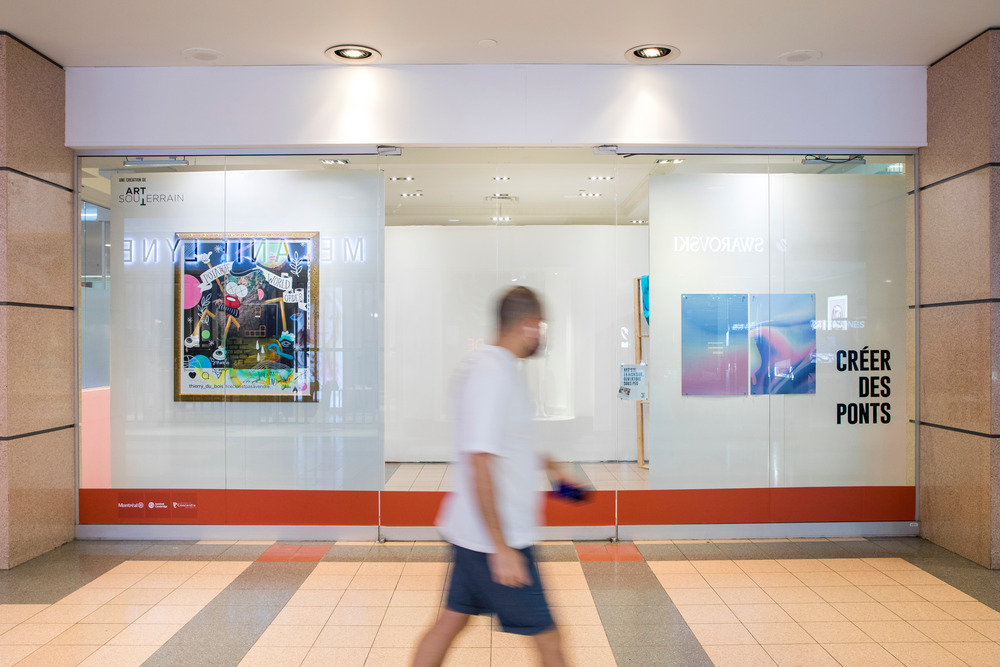 As the non-profit’s first foray into leasing space itself, Créer des Ponts is a significant change. And what else could drive it but COVID-19? 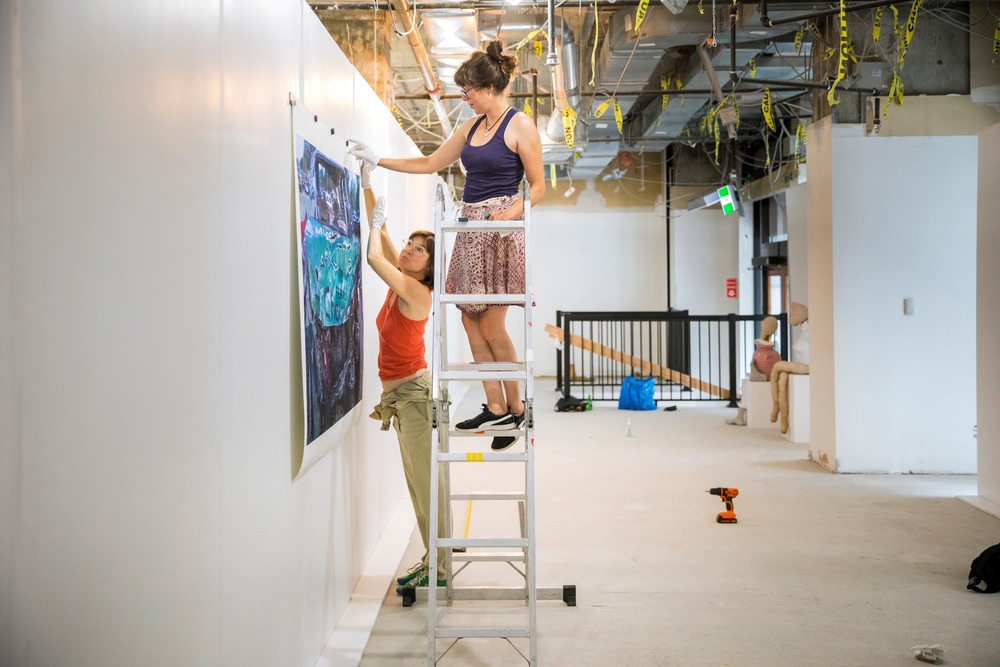 The resulting program is expansive: 60 up-and-coming artists hosted in 30 well-appointed galleries, newly renovated within vacant units. An additional 10 glass cube exhibitions in public spaces around Montreal — and an extensive schedule of public activities — round out the project.

Renovating these commercial spaces was straightforward, as they required no permits. After assigning artists to units according to the nature of their work, Loury told Azure, an in-house team “worked with them to ensure the premises fit their needs, such as ceiling height, lighting, display space and water.” The front of each unit contains exhibition areas, while the back contains workspaces, all of which the public can visit. 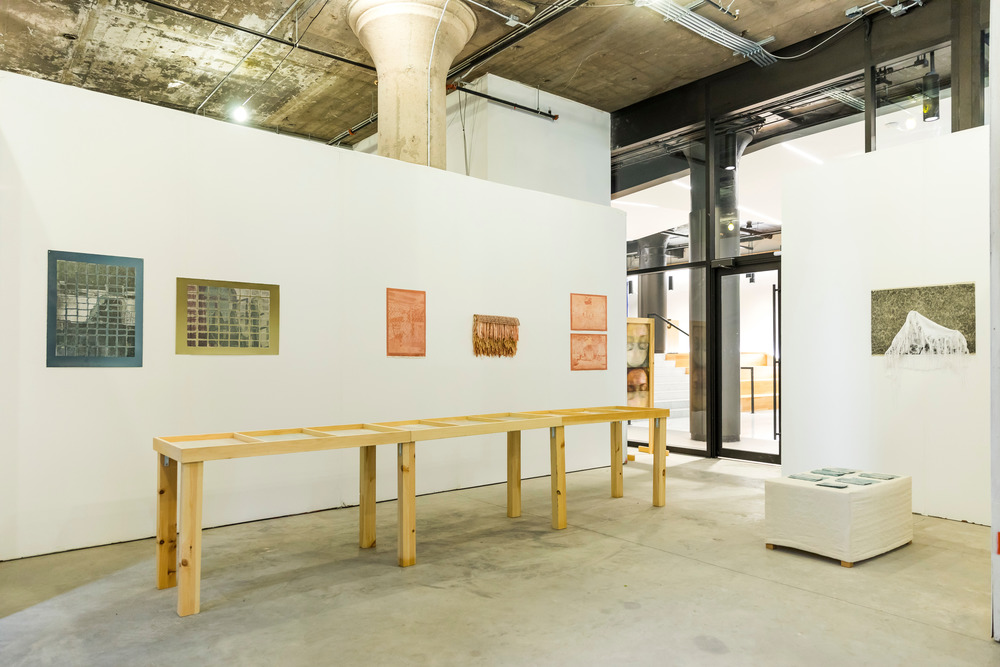 To Loury, the artists will benefit beyond the value of any sold artwork. “Visual artists have all been looking for experiences like these at the start of their careers, springboards to develop and mature their artistic practice while building relationships with the cultural and business ecosystem,” he explained. “The majority of artists participating in the project will have access for the first time in their career to a place where networking activities are planned.”

Speaking with the Montreal Gazette in July, Loury was equally clear about the benefits to the temporary donors of the vacant units, who are some of the largest commercial real estate companies in Montreal — including Cominar, Ivanhoé Cambridge and Allied. “Instead of an abandoned storefront, you have a space that’s been transformed into a sort of jewelry box. The place is clean and the artwork is interesting. A prospective tenant will immediately see the potential.” 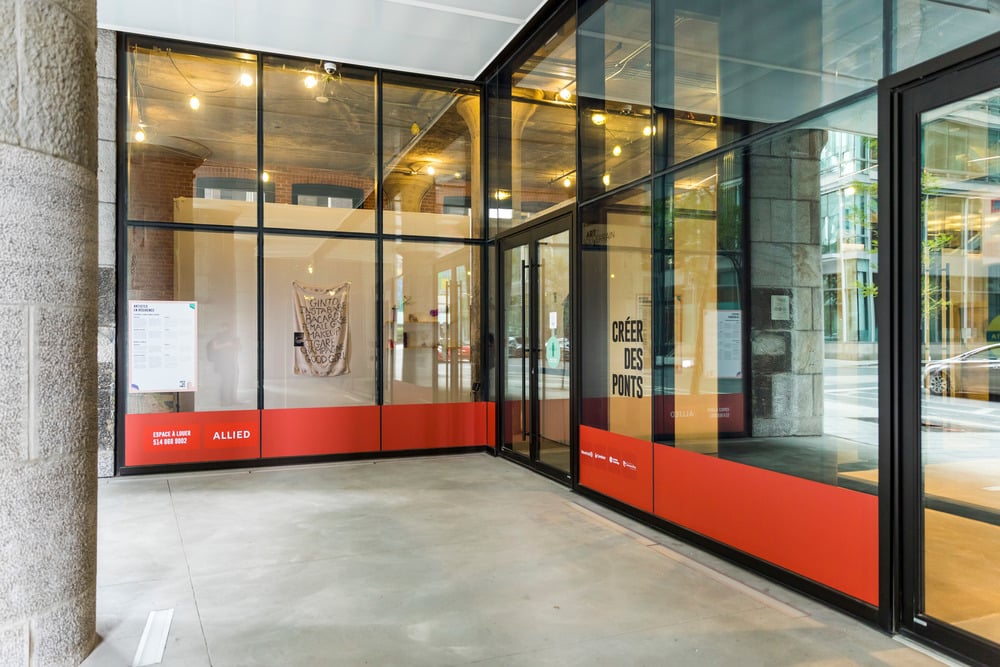 Retail vacancies have been a problem in Montreal for years, and this recent history illuminates the context around Créer des Ponts. In 2014, the Commission sur le Développement Économique et Urbain et l’Habitation was mandated to study rising commercial rents, their economic consequences and the possibility of rent control. By 2019, with Montreal’s commercial arteries experiencing a vacancy rate of 15 per cent, city council expanded that mandate to include public consultations. 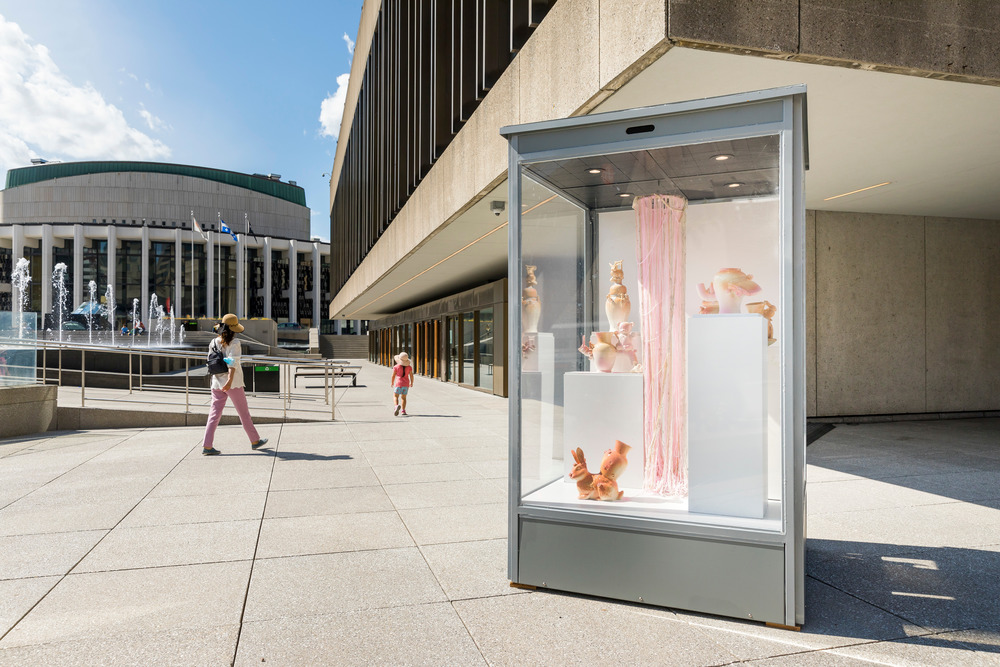 Published in May of 2020, the commission’s report takes a global view of the situation. Among 38 recommendations – including developing a central data registry of retail occupancy to better identify the causes of elevated vacancy rates, establishing a framework for commercial rent control, and innovating measures to disincentivize longterm vacancies – the report specifically recognizes temporary occupancy as a means for owners to avoid potential penalties while adding value to neighbourhoods and tenants alike. It finally recommends developing regulations and initiatives to encourage this type of cultural–commercial activity. 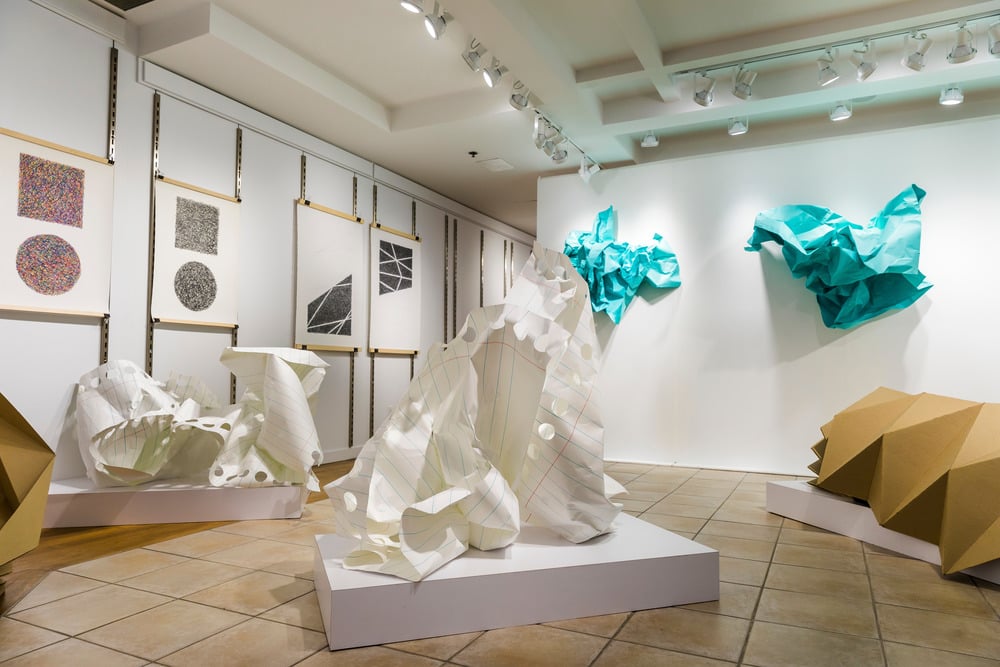 A year later, Montreal’s executive committee got onboard, endorsing such activities as part of the city’s 2021 economic recovery plan. And shortly thereafter, Art Souterrain submitted a proposal for Créer des Ponts. “The project was chosen by the executive committee, which injected most of the budget,” says Loury, though he notes that Art Souterrain also ran a successful crowdfunding campaign. The result was a budget of $1.1 million, with $1 million allocated from a $25 million downtown revitalization package as part of Montreal’s recovery plan. 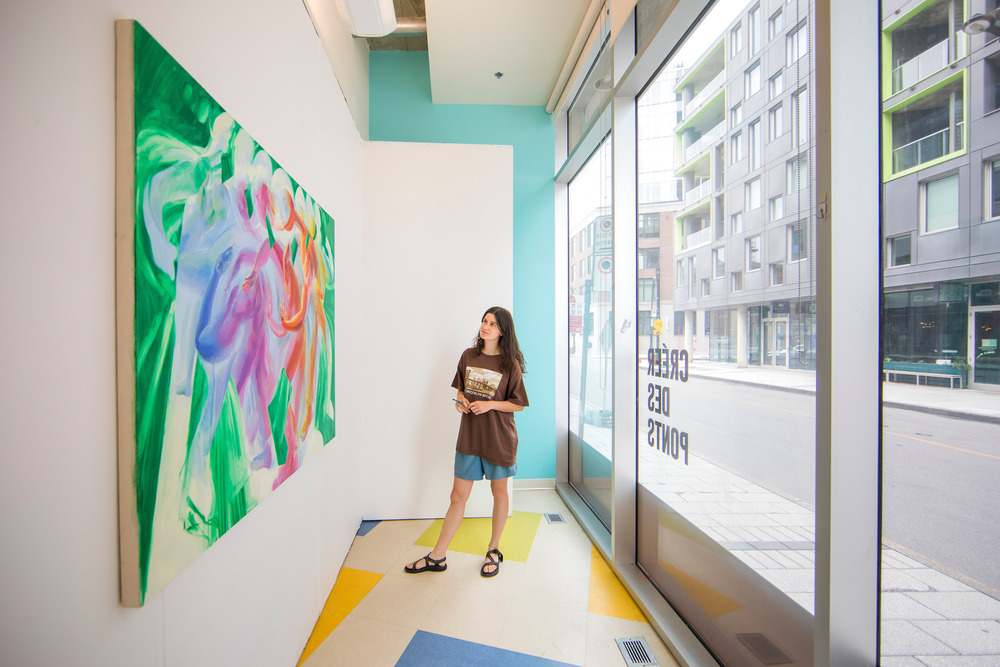 Valérie Plante, Montreal’s mayor, is optimistic about the initiative’s potential. “Montreal’s relaunch is well underway and projects such as Créer des Ponts are contributing to it,” she says. “This alliance between the cultural community and the real estate industry is exactly what is needed to ensure the diversity that will allow Montreal to recover quickly and differentiate itself on the international scene.” 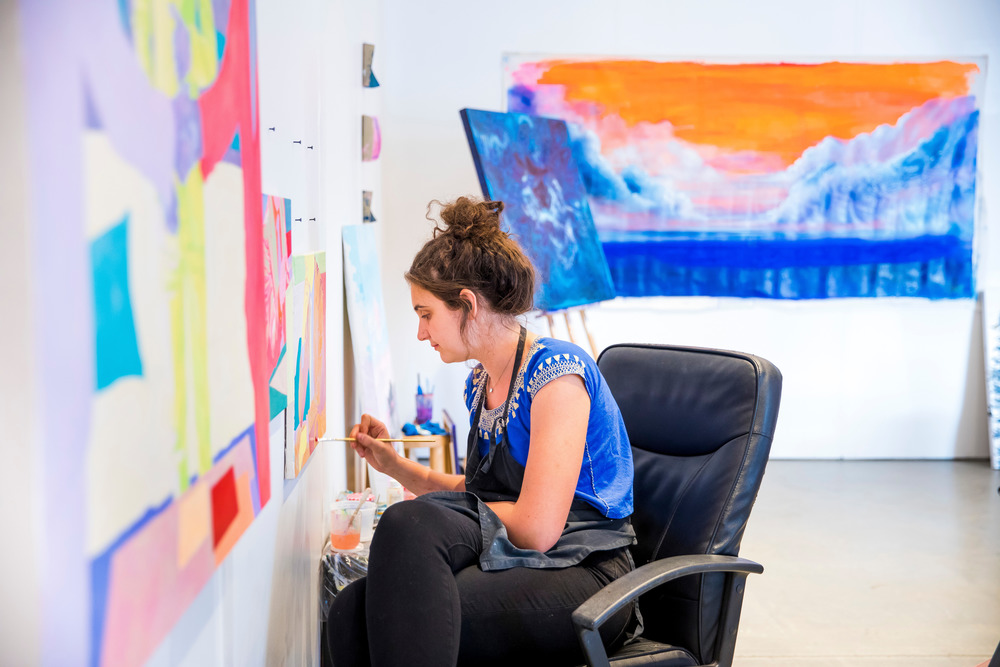 For now, only time will tell what the overall impact will be. “We’re surveying the artists, visitors and real estate owners in all our premises,” says Loury. This kind of work – perhaps combined with the sort of data collection and analysis proposed by the commission – could be essential in shaping Montreal’s solution to its vacancy problem.

There’s little doubt that any emerging artists participating in Créer des Ponts will feel its positive impact. But when all is said and done, these units – freshly cleaned, newly renovated and full of potential – will be back on the market. Will the project’s alumni be able to afford them?