The New Iron Chef: San Francisco’s Creator Has a Burger-Making Robot
It might not have the arms or electronic voice you imagined, but San Francisco's Creator features a burger-making robot designed by a team that includes Montaag's Per Selvaag - and it's ready to cook your dinner. 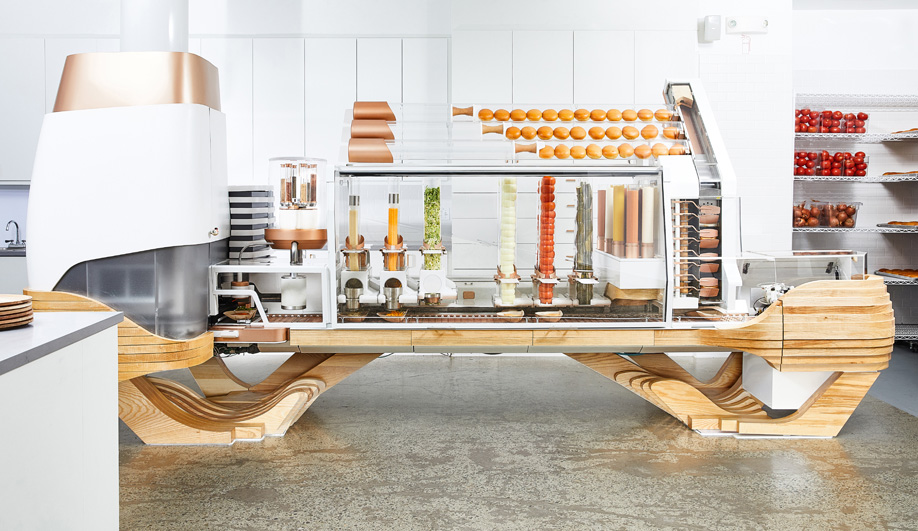 It might not have the arms or electronic voice you imagined, but San Francisco’s Creator features a burger-making robot designed by a team that includes Montaag’s Per Selvaag – and it’s ready to cook your dinner.

In the 1980s, young Star Wars fans created a demand for robots that was met with toys like Robie Robot and Steve the Butler – miniature droids who, unlike R2-D2, offered little conversation or companionship, but were instead built for the sole purpose of ferrying drinks from the kitchen to the sticky hands of their masters. Three decades later, that generation has not given up the dream of being catered to by a charismatic machine. So it’s no surprise that the moment technology made it possible, we are pulling steel-collar workers into the kitchen to see what they can dish up.

Robot home cooks are not yet in reach, though Moley Robotics successfully crowd-funded a bulky countertop system – featuring a somewhat creepy pair of internet-connected arms – that they claim will launch to the consumer this year. But there are already robots taking Pepsi-fetching to the next level, including Cafe X’s baristas in San Francisco and Makr Shakr, a bartender system just introduced to the mass market by Carlo Ratti. In Boston, Spyce restaurant launched this spring with a fully robotic kitchen. 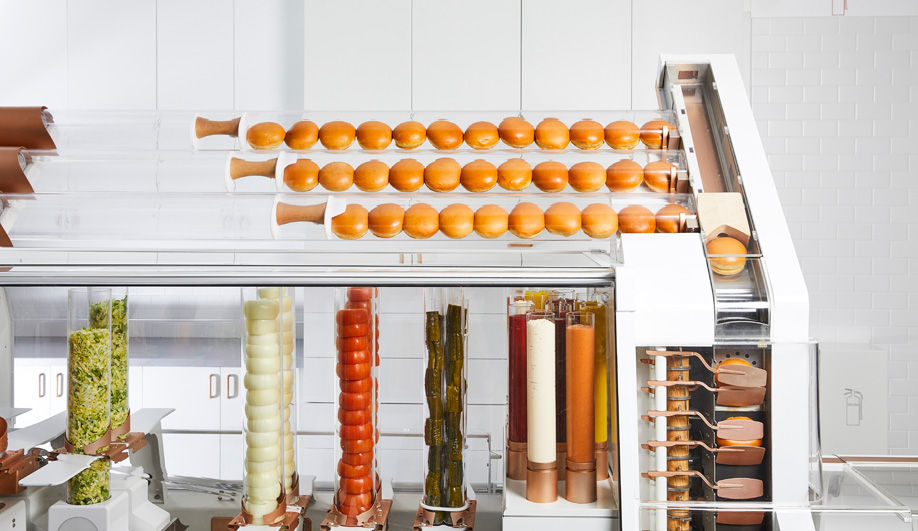 Though San Francisco fast-food joint Creator – open since June – also leaves the cooking to a robotic device, you won’t find automatons flipping burgers there. “That wasn’t the approach we wanted to take,” says founder and CEO Alex Vardakostas. “It’s the pursuit of novelty, and novelty is ephemeral.” The novelty, however, proved so intriguing that the place was booked well into the summer before anyone had the chance to sample the food. And at Creator, the food is the point, says Vardakostas, who prototyped the original burger-making machine in his parent’s garage. 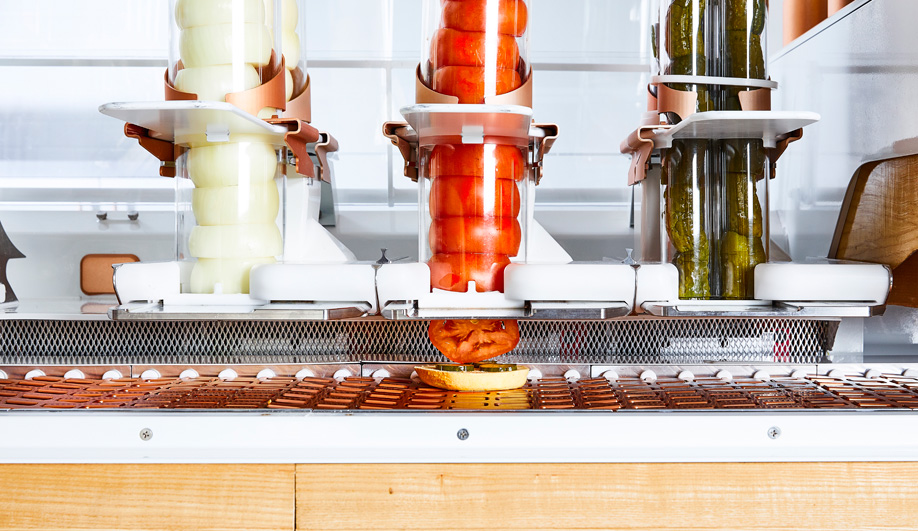 The concept might sound a bit cold, but in fact Creator makes a warm impression. The burger maker sits at the centre of a bright, airy space. In order to make the food the star of the show, the design team – which included industrial designer Per Selvaag, of Montaag – maximized transparency in every way possible, starting with a 360-degree view of the machine.

An abundance of glass and scratch-resistant polycarbonate allows customers to see that their meal is being prepared with the utmost care, from the moment the bun descends from a pneumatic tube until the condiments are precisely measured and applied. Resembling a series of small appliances, the machine’s subsystems appear to have minimal parts, reducing visual clutter. The multiple glass components are complemented with large swaths of white Corian, copper accents and as much wood as could be incorporated without compromising hygiene. 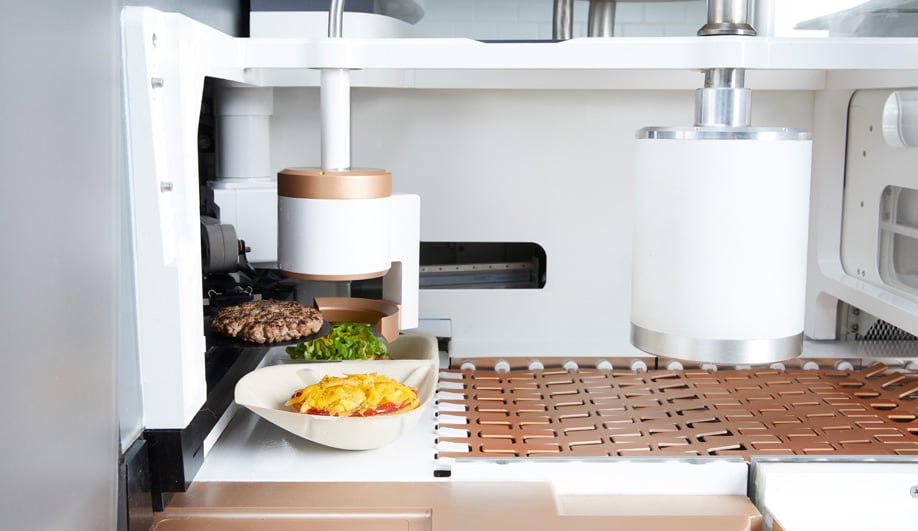 The device sits on a curvaceous base carved from ash and meant to evoke both a tree and the natural ingredients fed to the machine – and then to customers. It’s those customers, and their experience of eating together in the space, that inspired the minimal, sleek aesthetic of both the device and the space, says Vardakostas. “We didn’t want to distract guests from the food or from each other.”

While Creator’s robotic system may be the novelty act that gets people in the door, it’s the overall experience it supports that will keep them coming back.