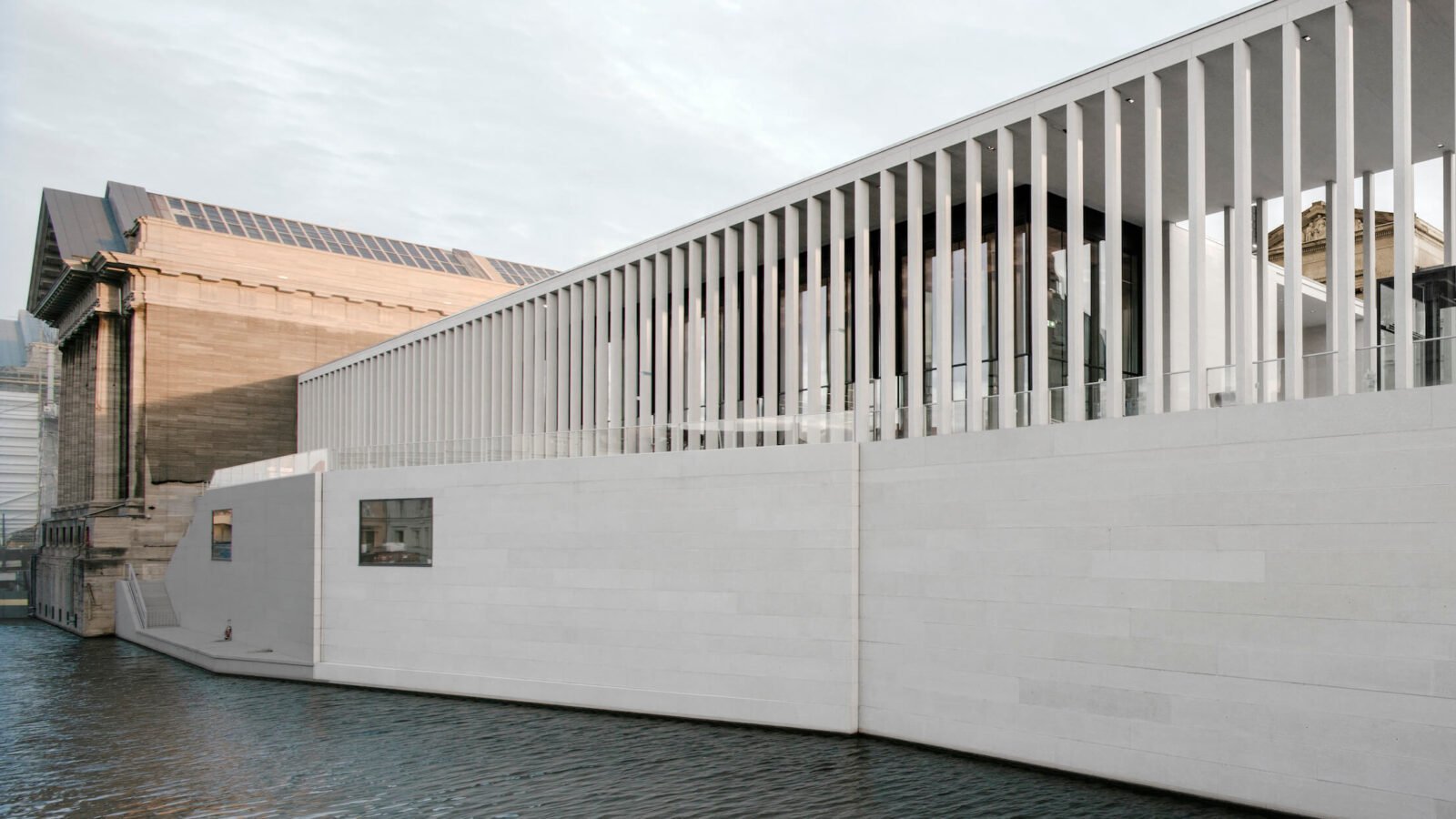 From across the river, the James Simon Galerie announces itself with a strikingly pristine presence. Set alongside Friedrich August Stüler’s 1855 Neues Museum, the white stone and slender columns of the new building by David Chipperfield Architects reflect the neoclassical design language of its neighbours while introducing a radically pared down, contemporary design language to Berlin’s Museum Island.

As the entrance building for the whole of the museum complex, the newly opened James Simon Galerie combines a visitor centre with substantial public space – along with an additional gallery. Designed to receive visitors to the island, the new space gives Museum Island a new public face, improving the visitor experience with a clear, well-resolved circulation scheme. But the real power of the place is hardly the program. It’s the feeling of being there. 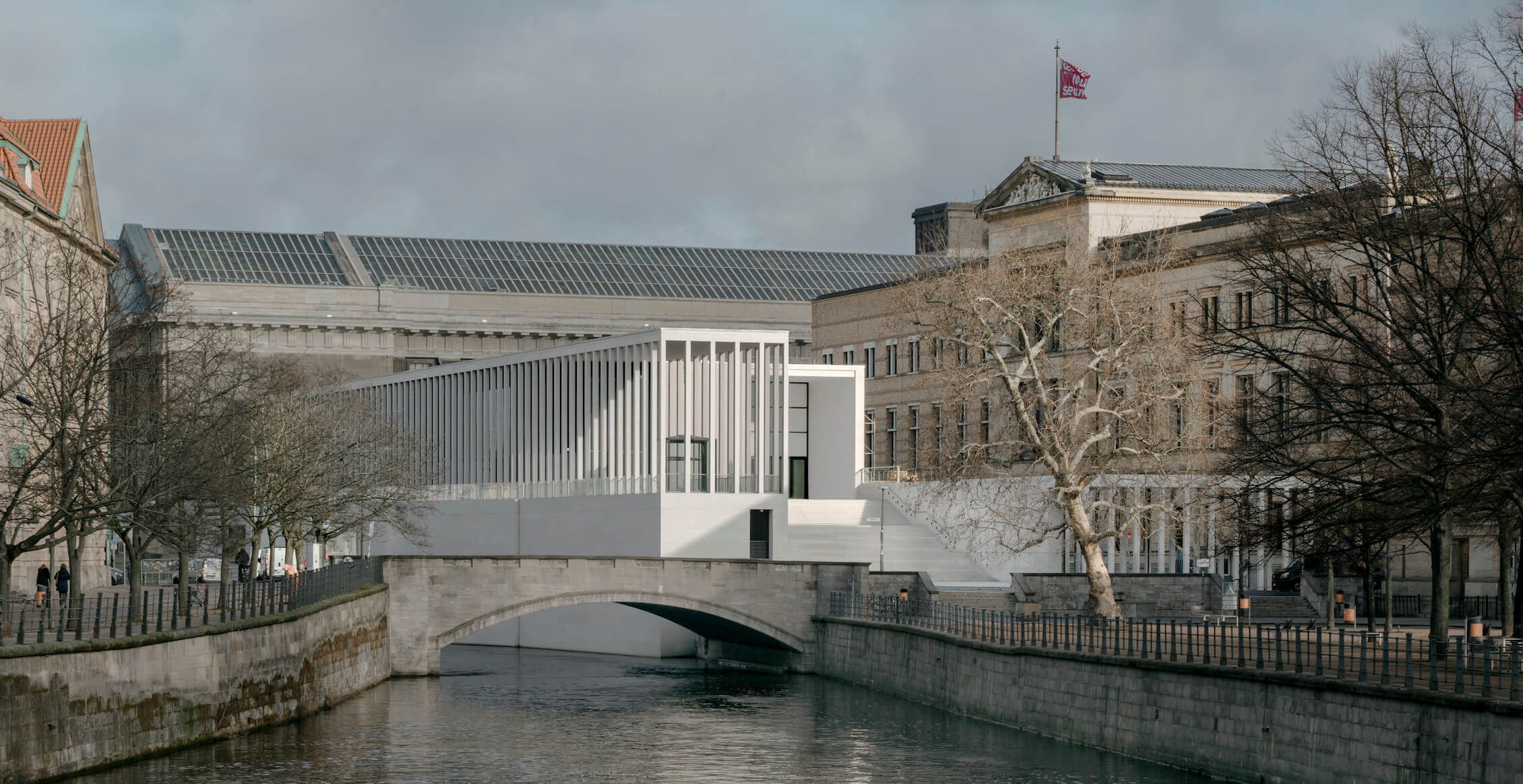 Thin columns and a blistering white facade – made of reconstituted stone with natural stone aggregate – speak to the proportion and materiality of the building’s neoclassical neighbours, while the expressive simplicity of Chipperfield’s architectural language situates it firmly in the present (though not without an uncomfortable hint of Albert Speer).

According to Chipperfield, the “highly symbolic location encouraged us to find a reading of the building that transcends its practical functions, becoming defined instead by its general formal characteristics and a looser idea of purpose.”

The wealth of affect and symbolism does not come at the expense of program and functionality. Colonnades and grand staircases underscore a dramatic presence, but they also negotiate transitions in topography and function, with the building’s massing configured to preserve existing view corridors. The staircases present an informal – if not exactly intimate – hangout space, while the columns frame the generous upper level foyer as a sort of outdoor room, creating a smooth transition inside. On a narrow site, it reads as a more continuous and open space.

Inside, the constrained site means that much of the program is underground. Beneath the impressive entrance foyer, a museum shop is joined by a cloakroom, toilets and lockers, while the temporary exhibition spaces and an auditorium are situated deeper underground.

Notes of copper, wood, and leather, add warmth to an interior of exposed concrete and white marble. In a radically Spartan interior, the touches of opulence take on a greater weight.

At once declarative and deferential, Chipperfield’s design embodies the architect’s trademark synthesis of restraint and grand gesture. It’s a fine balance, and a fitting addition to Museum Island.