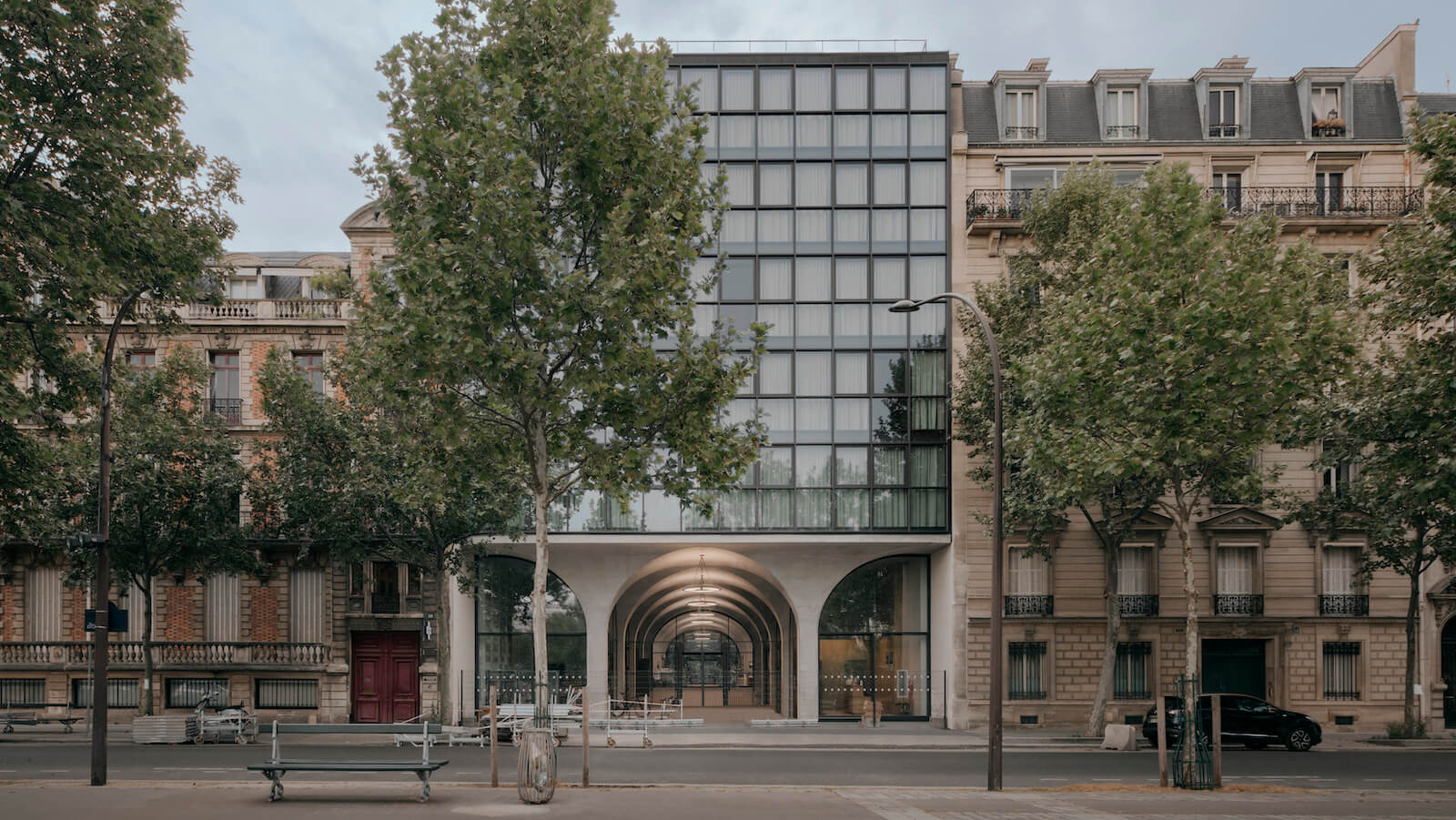 On the banks of the Seine, a mid-century government complex has been respectfully reinvented as a mixed-use destination.

Designed by architect Albert Laprade and completed around 1960, the “Préfecture de Paris” hub on Boulevard Morland was both conspicuous and unremarkable. While the imposing government hub in the French capital’s 4th arrondissement met its surroundings with a quietly elegant International Style façade, the place never felt of a piece with its surroundings. Framed by a large (and largely vacant) courtyard, the administrative building looked the part of a dry, bureaucratic workplace. Following a recent intervention by international firm David Chipperfield Architects, however, the complex meets Paris with a dynamic — yet familiar — new face.

Completed in 2022, the 63,500-square-metre complex near the Seine River has been reinvented as a mixed-use community, combining a variety of housing types (ranging from affordable suites to luxury apartments) and tourist accommodations (including both a hotel and a hostel) with offices and retail, as well as a children’s daycare and an art gallery. But while the programming has been drastically diversified, the built form has been sensitively preserved — and expanded. 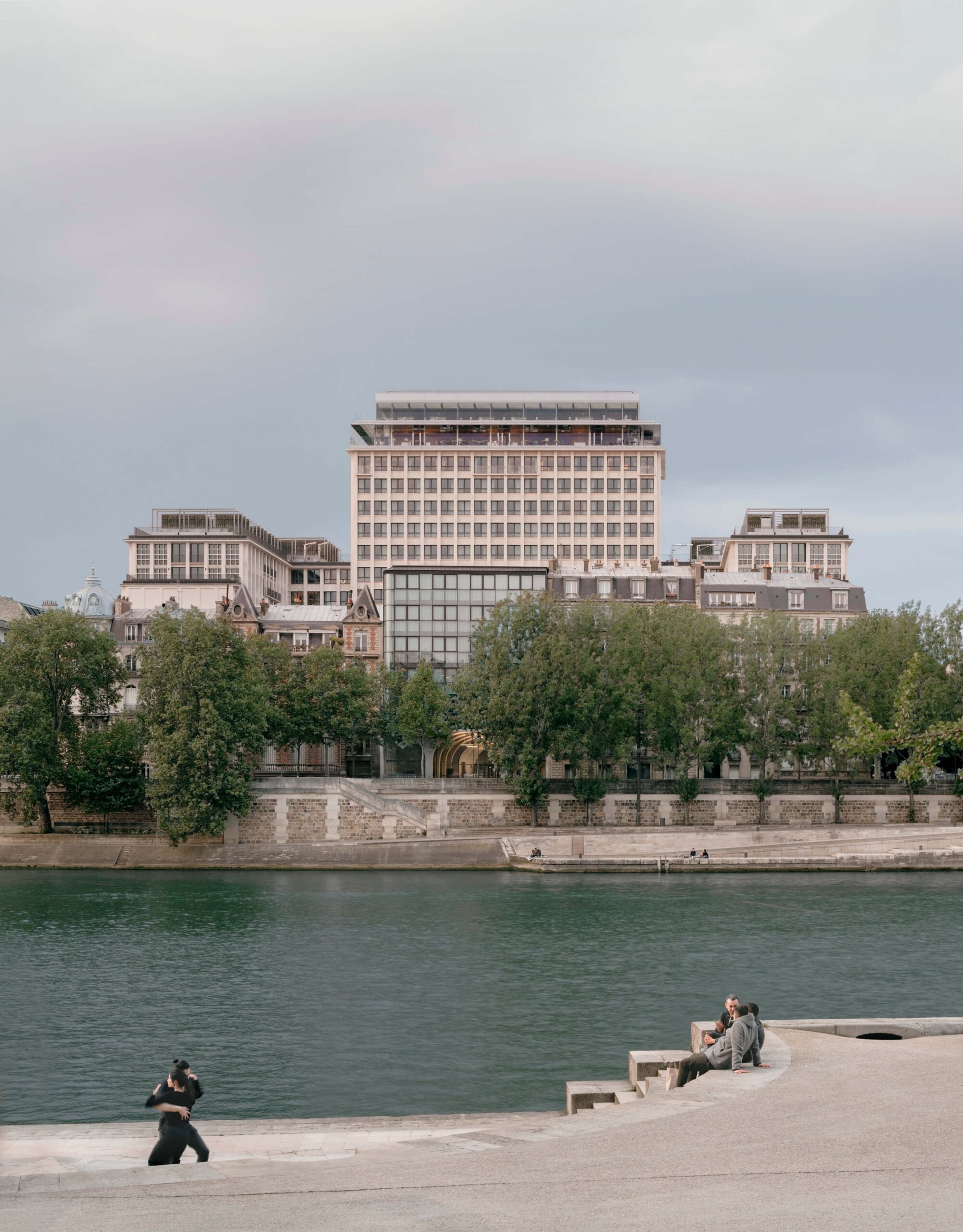 The C-shaped building comprised a long 16-storey tower framed by a pair of nine-storey wings with a relatively lifeless inner courtyard in between. In reimagining the site, the architects opted to avoid demolition, showing respect to the mid-century design and ensuring a significantly reduced carbon footprint. “With great respect for the existing fabric, it was repaired instead of being replaced wherever possible,” says David Chipperfield Architects. “Low energy and resource consumption are ensured, among other things, by an energy cycle based on heat exchange and a closed phyto-purification system for urban gardening on the roof.” 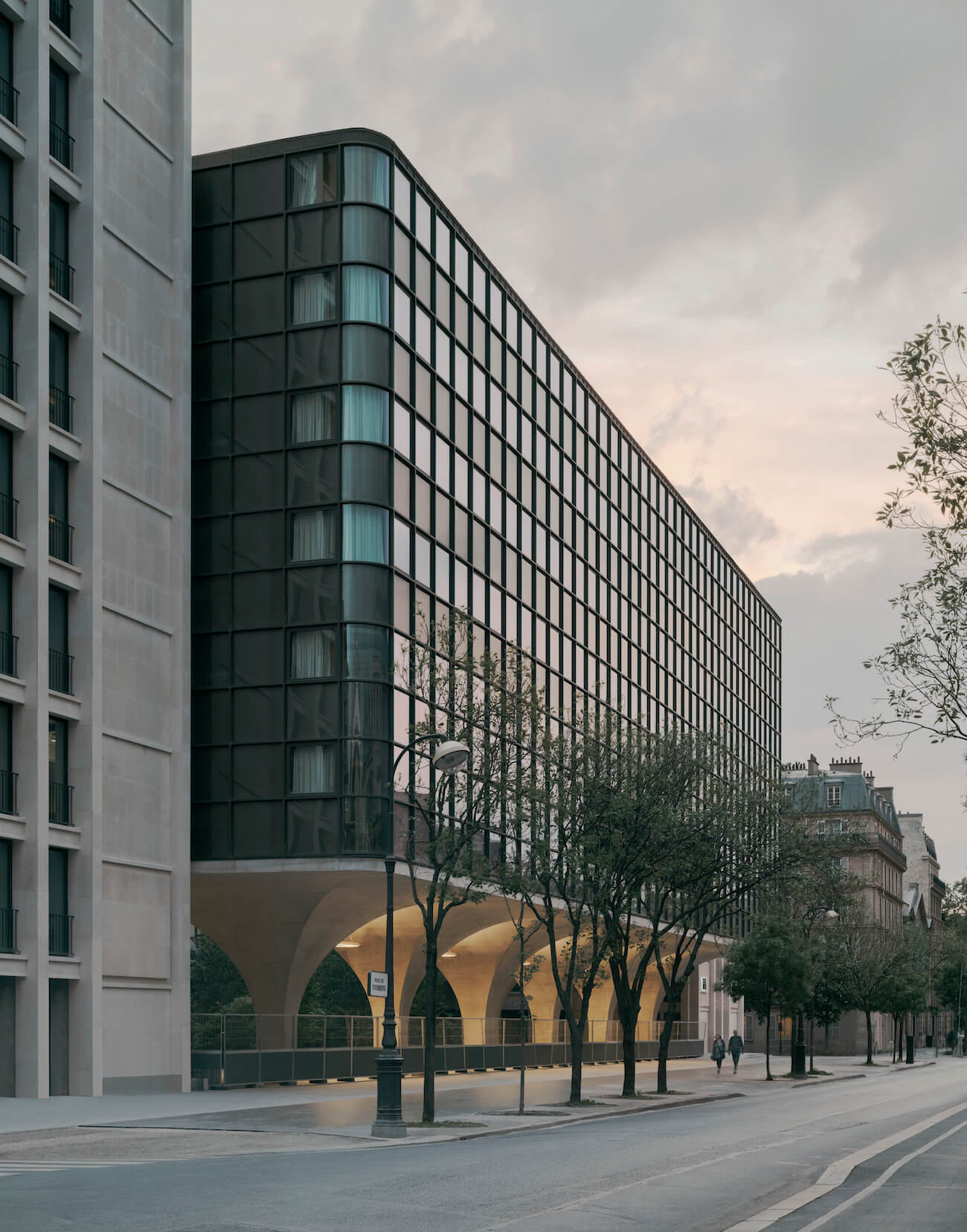 Adding density, intimacy and porosity to the site, the design team introduced a pair of new volumes that create a new public face for the complex. On Boulevard Morland, an understated glass façade rises above a vaulted arcade, with the street-level arches inviting pedestrians into the site. Facing the river, a narrower frontage on Quai Henri IV is defined by the same interplay of load-bearing arches and a sleek glass form. 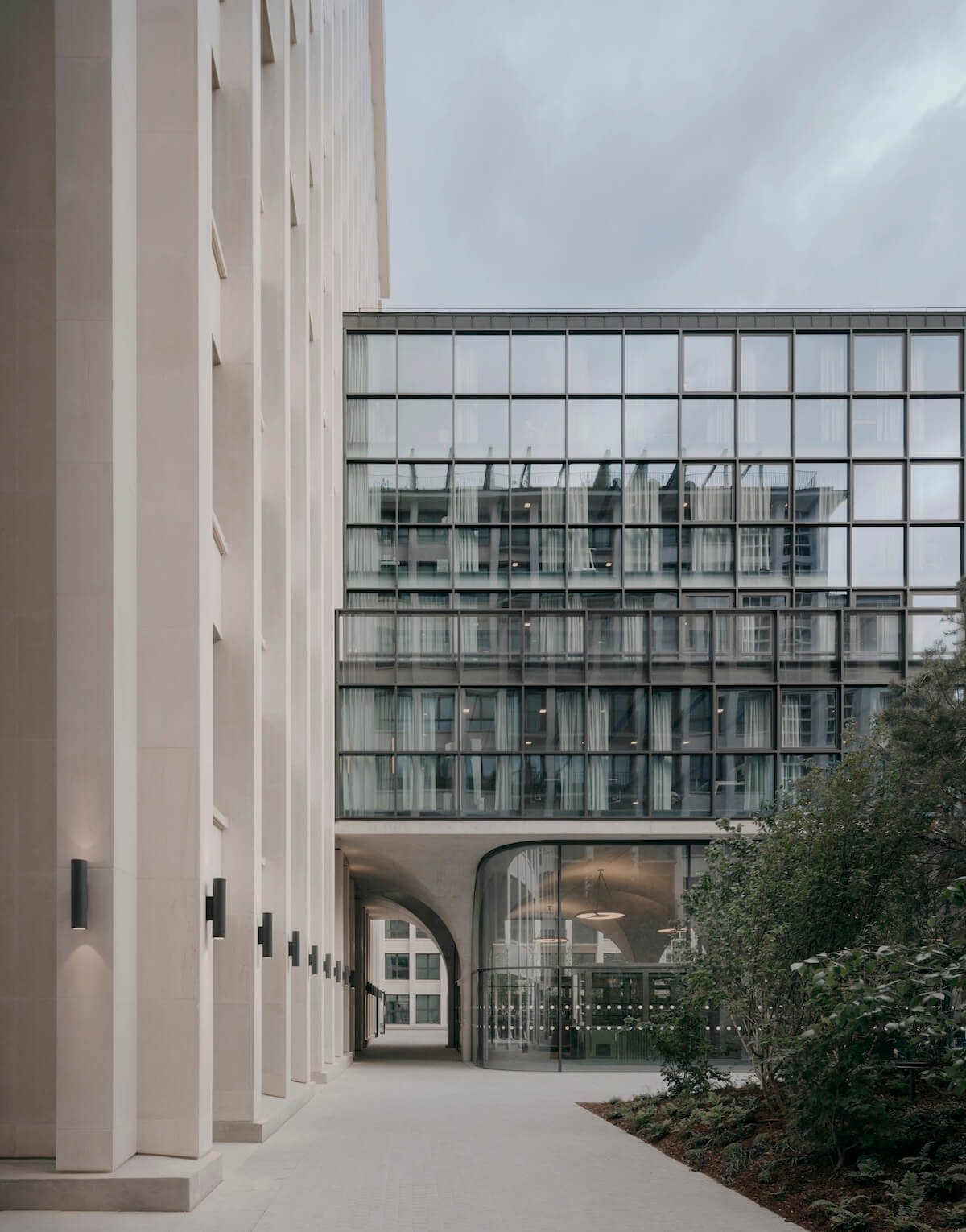 While Chipperfield’s additions convey passersby through into the site, they also serve to enclose the courtyard, creating a more intimate mixed-use “campus” ambiance — now animated by shops, a food market and gallery, as well as a hotel and hostel — to create a sociable environment. Above, the understated glass volumes deftly complement the rhythms and geometry of the original design, making for a respectful and contextually deferential addition. 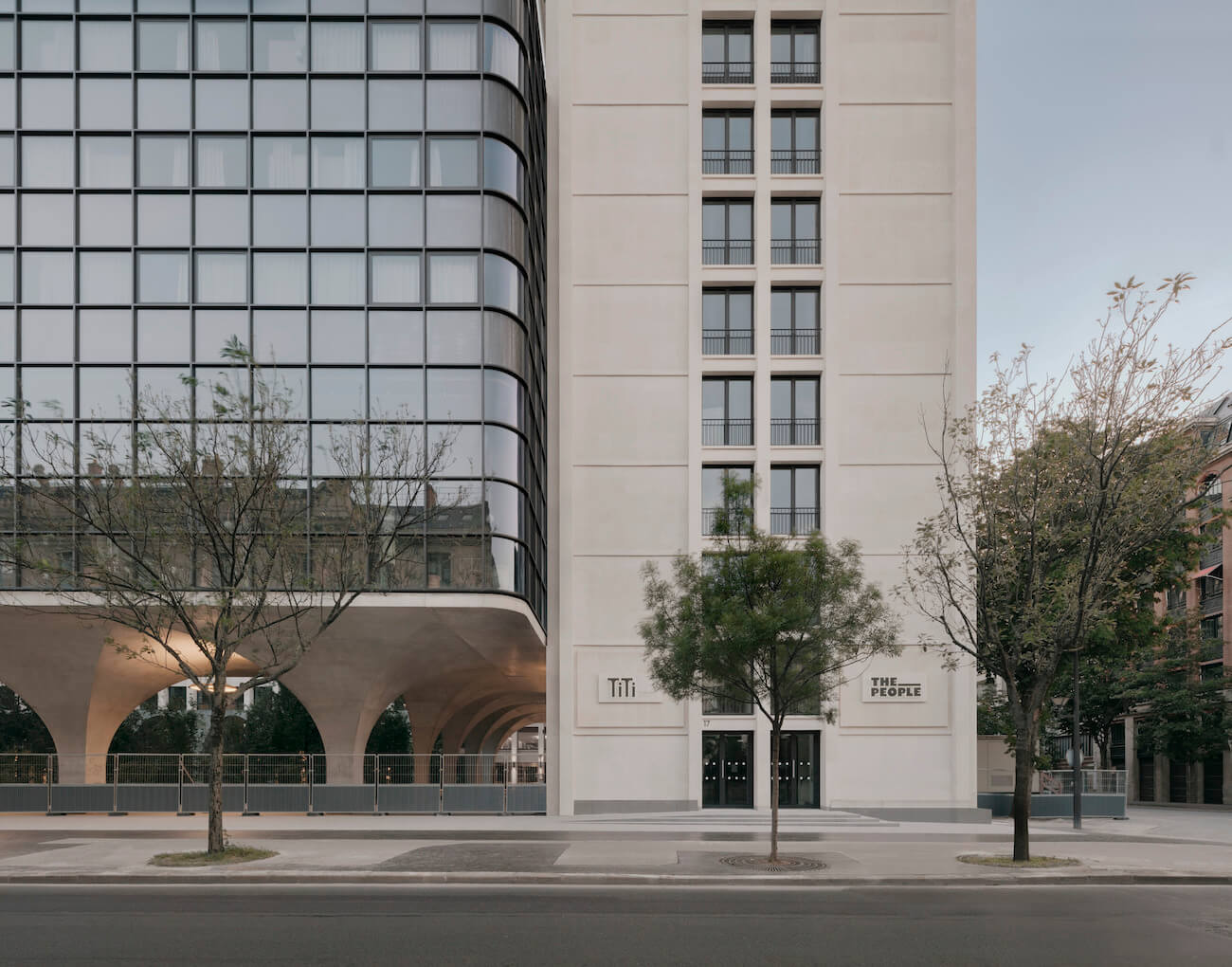 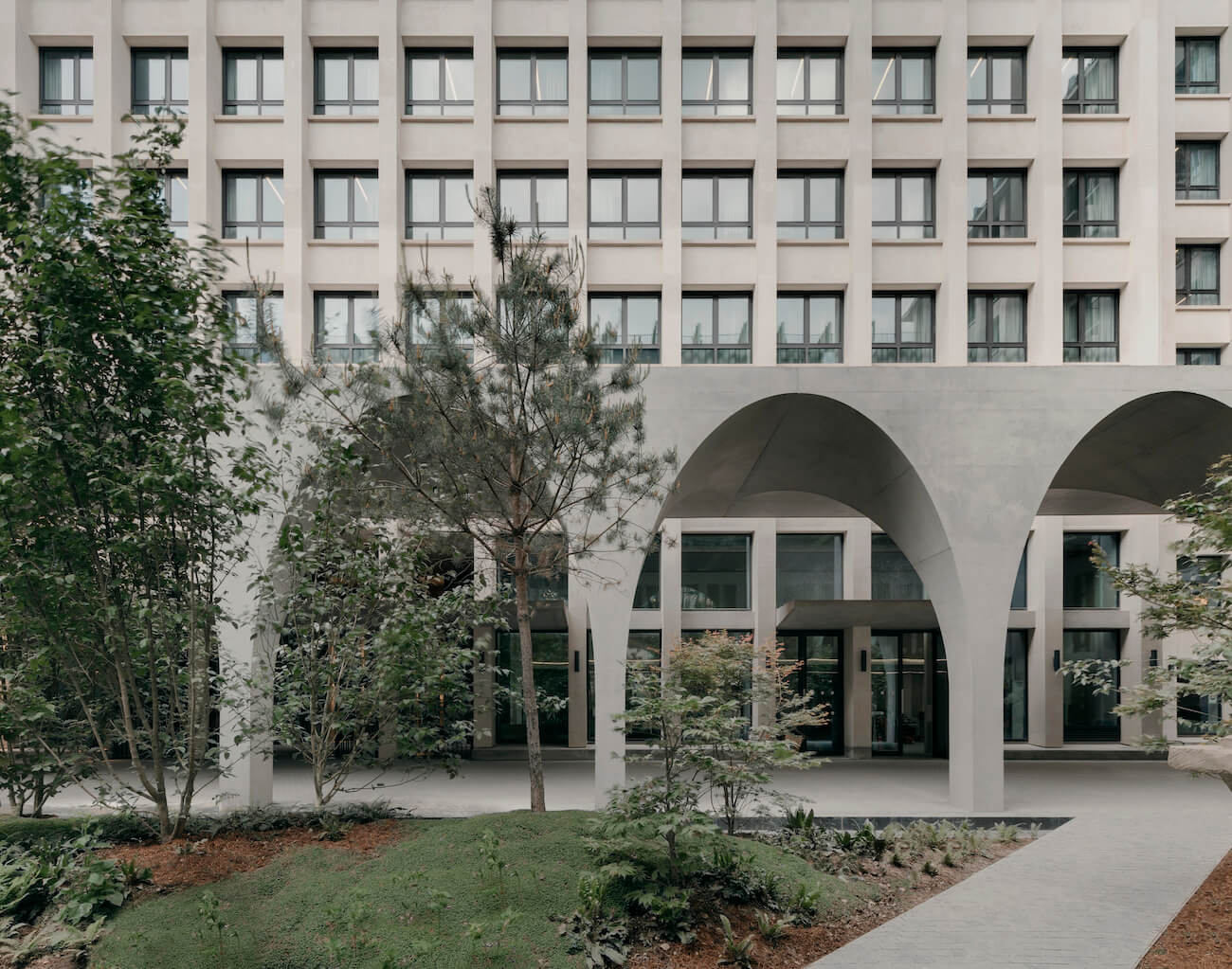 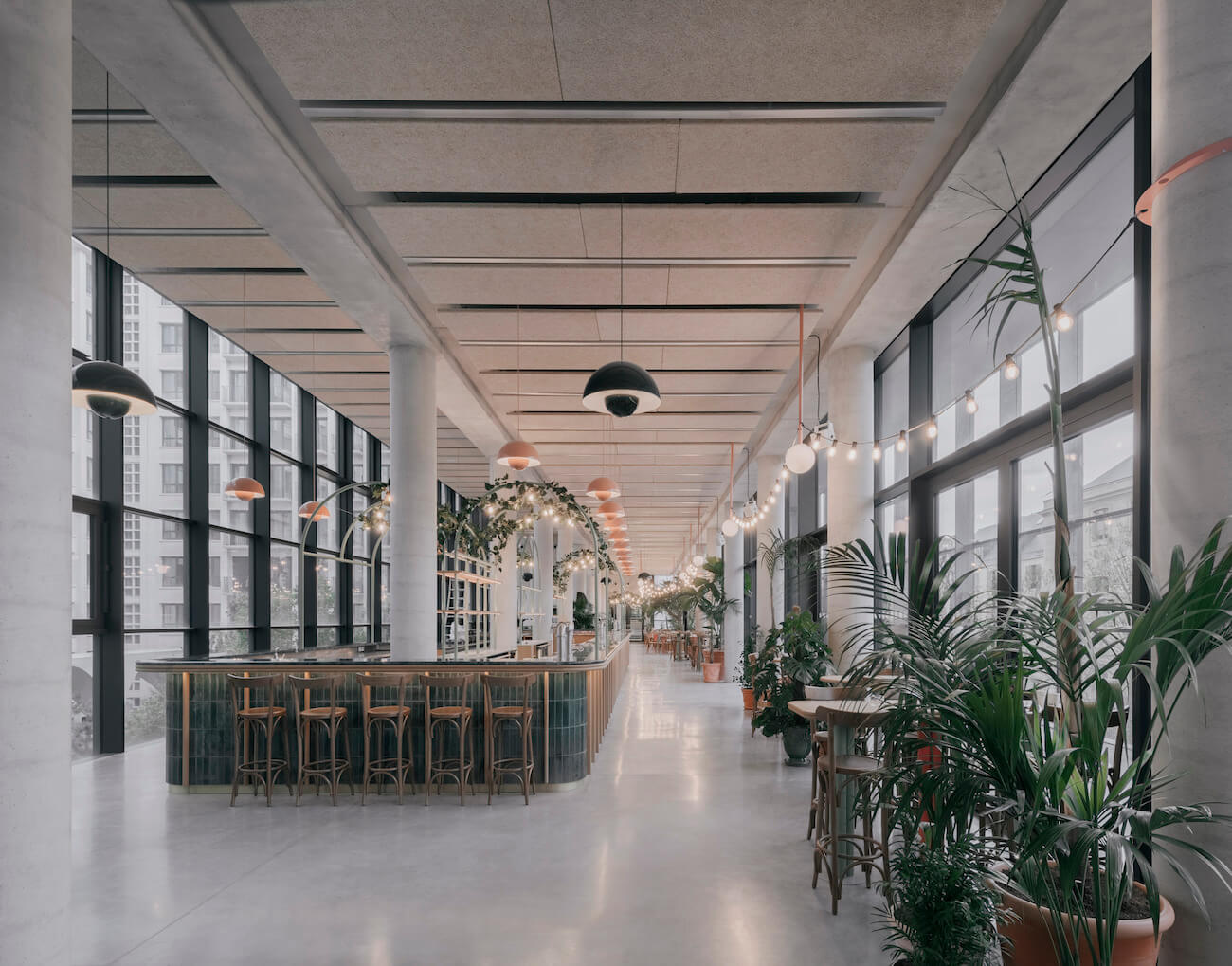 And at the top of the revitalized 16-storey tower, a long-vacant two-storey space is animated by a bar and restaurant, as well as an Olafur Eliasson artwork — and a Paris panorama par excellence. 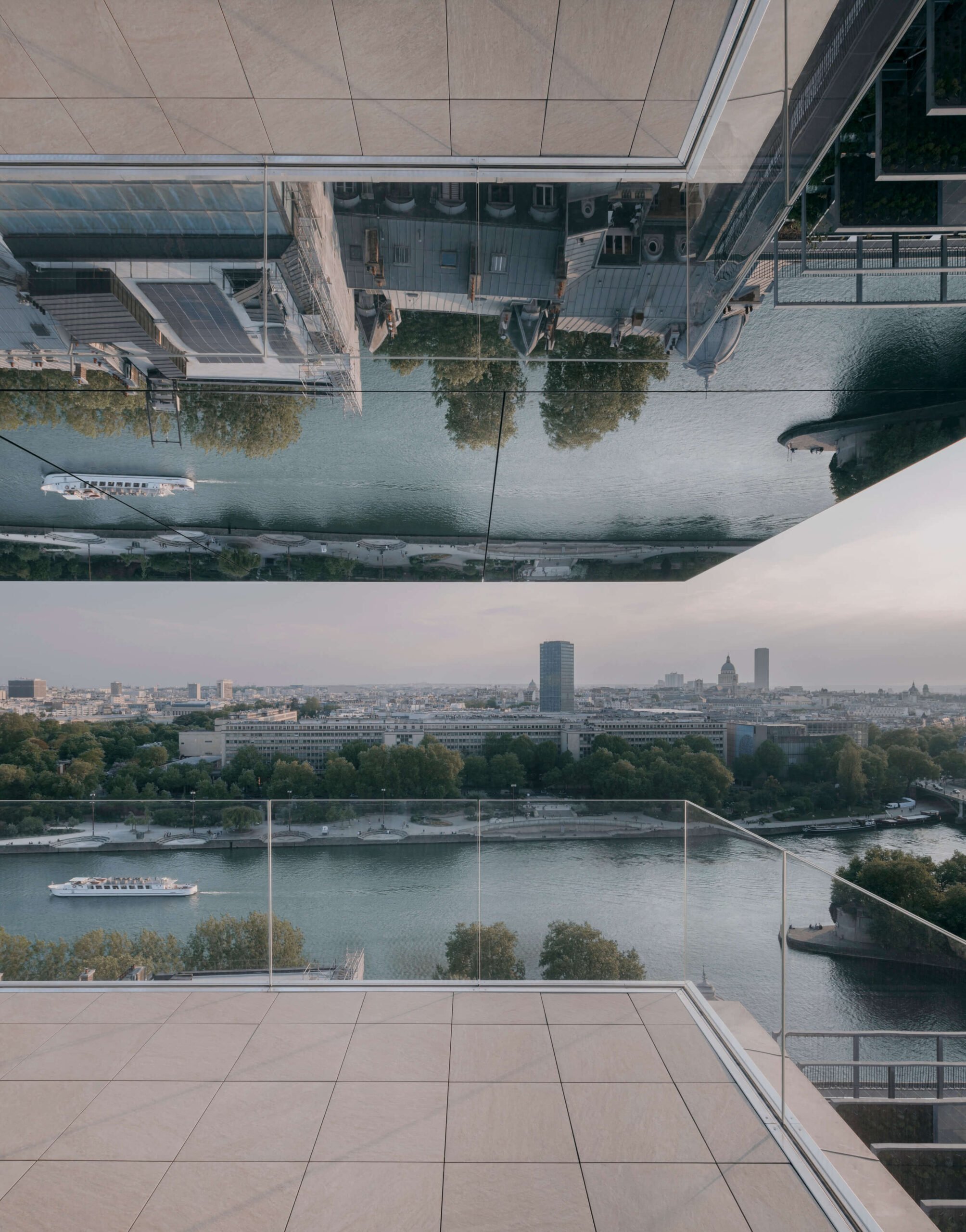 On the banks of the Seine, a mid-century government complex has been respectfully reinvented as a mixed-use destination.