The Design Canada Documentary is Out Now
Design Canada, a new documentary from the team behind Helvetica, introduces us to the graphic designers behind the nation's most iconic logos.

Burton Kramer. Lorne Perry. Heather Cooper. Fritz Gottshalk and Stuart Ash. They’re not exactly household names, but these masters are responsible for some of Canada’s most iconic designs, including the logos for the CBC, CN Rail, Roots and the Royal Bank. Emblems familiar to every Canadian from coast to coast to coast, young and old alike. 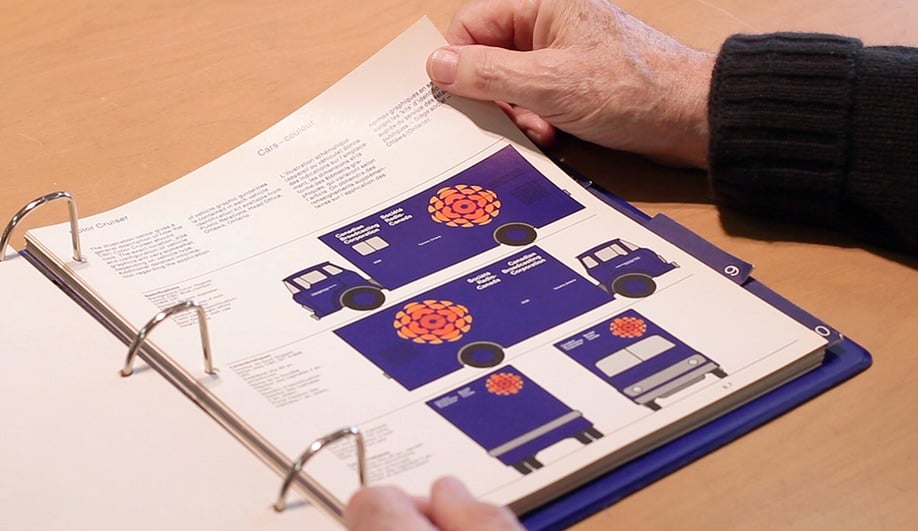 These unsung heroes are finally getting some recognition with the release of Design Canada, a new documentary by graphic designer and first-time director Greg Durrell, who teamed up with Brooklyn-based Canadian filmmaker Jessica Edwards and Helvetica director Gary Hustwit to successfully crowd-fund and complete this full-length feature.

For the most part the film sticks to the nation’s clear heyday of graphic design: the mid-’60s to mid-’70s, an era kicked off with the introduction of Canada’s first official flag, in 1965. Developed via competition, the flag’s big reveal was followed by a plethora of plum design gigs in the country’s centennial year, including Ash’s stylized maple leaf marking the milestone itself and the Expo 67 branding created by industrial designer Julien Hébert. 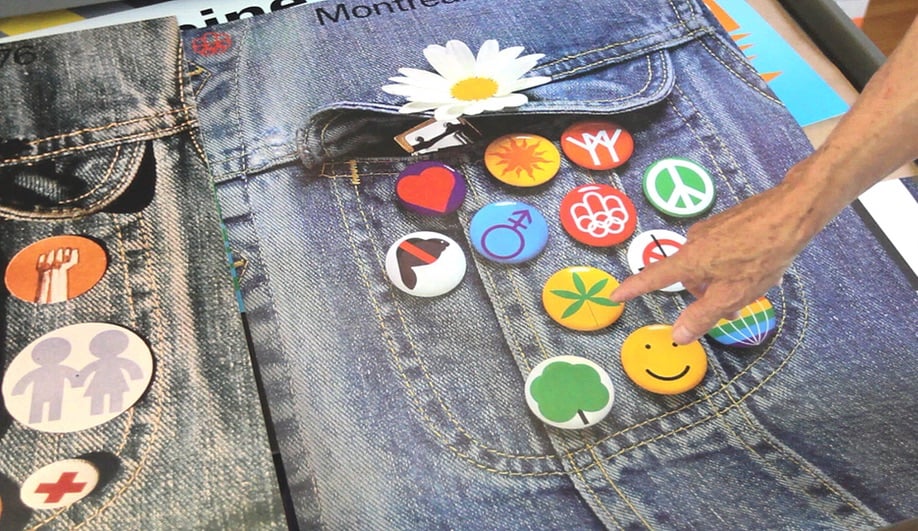 We are treated to the stories behind these works and a slew of familiar iconography, used on everything from government signage, to books, brochures, trains, jerseys and posters, including the ’76 Olympics poster by Raymond Bellmare, pictured above. One might expect this to pop up as an example of controversial work: the image, meant to appeal to the nation’s youth, zooms in on a jean jacket pinned with a number of buttons, including one bearing a marijuana leaf icon. But in Canada’s original Trudeau epoch, no one batted an eye, says Bellmare. 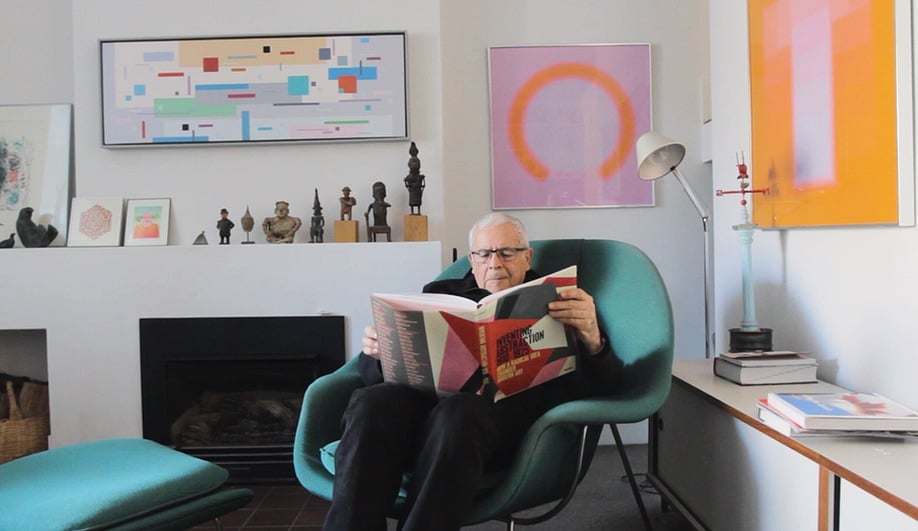 During this Helvetica-heavy era, the style of the day may have been Swiss Design, but it was Canada that was churning out the world’s best graphic design, claims Massimo Vignelli, who was interviewed for the film before he died in 2014. Vignelli offers up high praise on screen for works such as Allan Fleming’s CN rail emblem. Intended to evoke timelessness, and solve the issue of the company’s constant rebranding – and the expense that went along with it – the design is still used almost 60 years after Fleming first sketched it on a cocktail napkin. 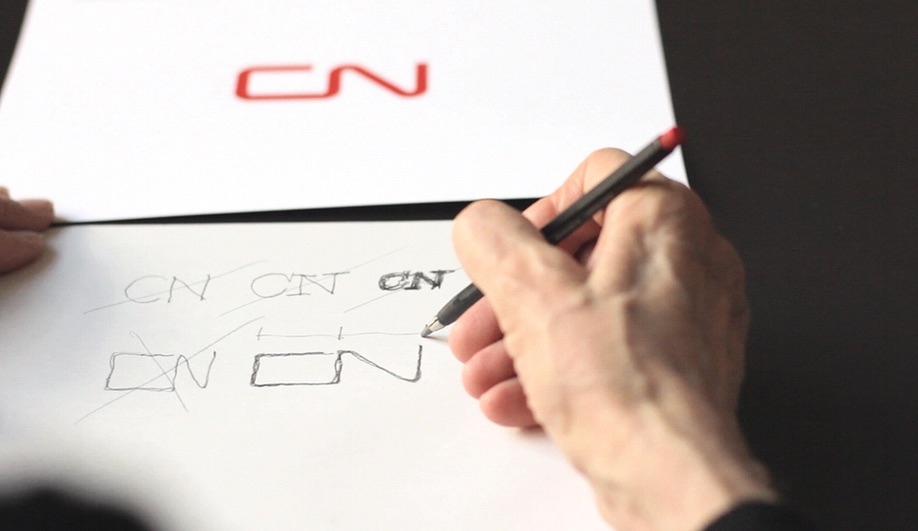 In fact, though this film is a bit of a love letter to the discipline’s past, that doesn’t mean we don’t get a look at the present. While the stories behind the designs are often told by creators who have long since retired, many of the graphics are still going strong, and others are being brought out of retirement. While writer Douglas Coupland complains about the destruction of Ontario’s Trillium Foundation logo in a recent update, we also get to see how other symbols have made a comeback, such as Sloan Savage’s classic 1977 Blue Jays logo, which was tweaked ever-so-slightly and reintroduced after a rocky streak of re-imaginings disrupted its original 20-year run. 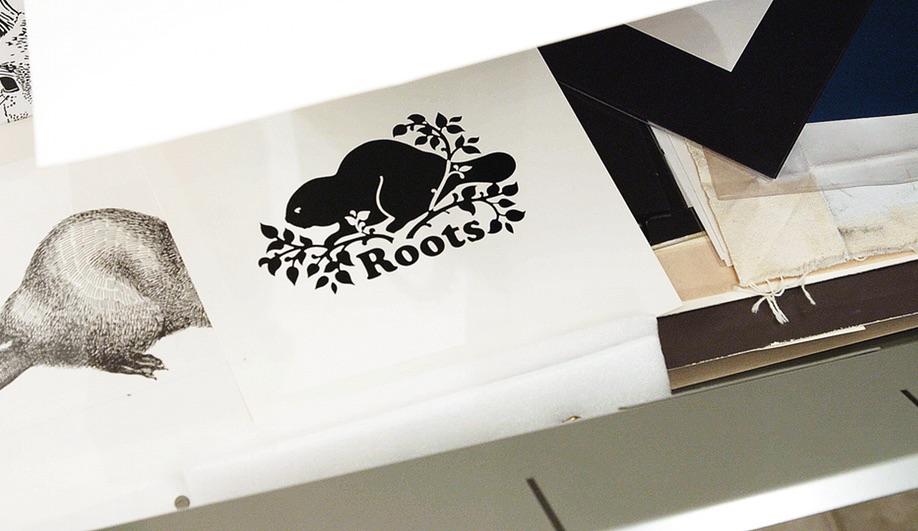 Concrete’s John Pylypczak sums it up early in the film: “Did Canadians design these symbols, or did these symbols design Canada?” Would the Roots brand have been as successful without its internationally recognizable beaver branding by Heather Cooper? Would Paul Henderson have scored that tie-breaking goal against the Soviets in 1972 had Team Canada not been united by the incredibly simple and striking maple leaf-wrapped jerseys created by John Lloyd? How much of a part did Julien Hébert’s work play in drawing over 50 million visitors to Montreal for Expo 67 – at a time when the national population was only 20 million? Not only are these visuals representative of some of the country’s biggest achievements, but they should also be counted among them.

Design Canada premiered June 13 and is now screening across the country, including at Toronto’s Hot Docs Cinema, June 22 to July 5. A full list of dates is available here.