Designer Profile: Joran Briand
The French designer’s approach is shaped by a love of collaboration and a surfer’s connection to the ocean. 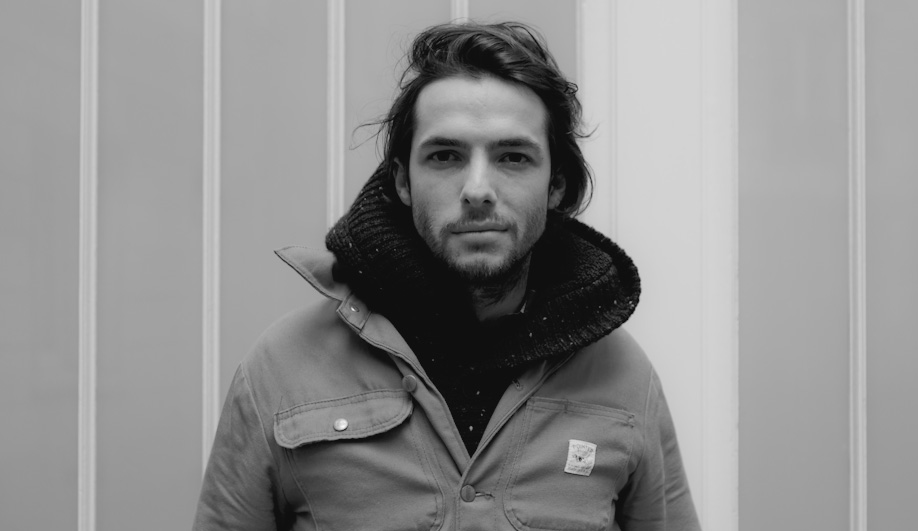 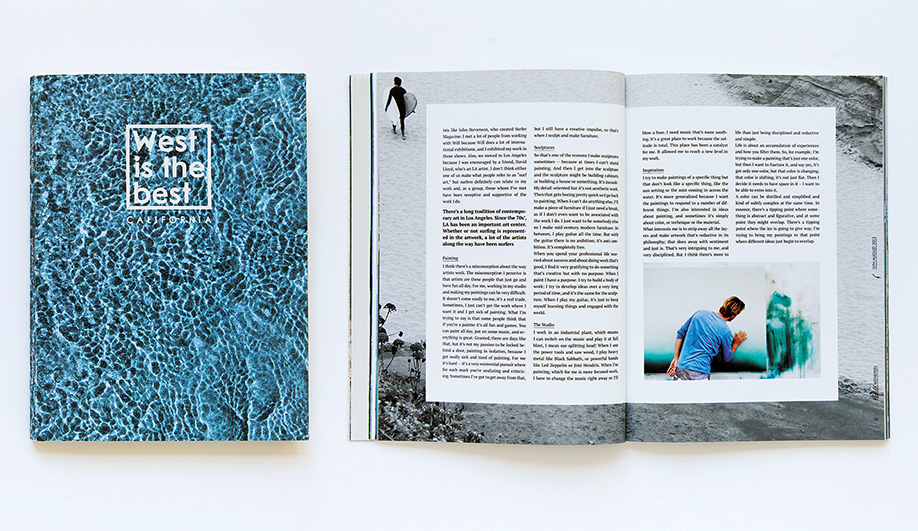 In 2014, Briand wrote West Is the Best, an exploration of the links between surfing and design, based on his travels in California.

Beginnings
I first came to Paris – to the big city – to study art, but I didn’t yet know what I really wanted to do. I had a brainwave, though, when I visited the Radi Designers exhibition at the Fondation Cartier. It turned my thinking completely upside down. The designers were questioning the status of the object by working on the frontiers of fine art and applied art, and their multidisciplinary vision had an immediate impact on me. Later on, I saw the work of Marc Newson and became a huge fan. When I look at it, I see freedom; he finds a balance between the work he does on his own, private commissions and projects for big companies. At 20 years old, I was excited by the idea of a designer achieving that kind of success. 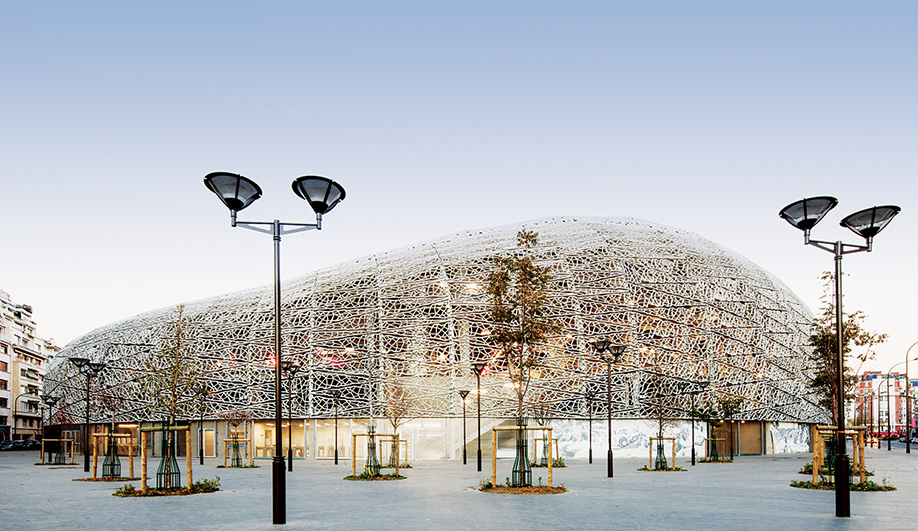 A system of moulds was used to fabricate the concrete shell of Rudy Ricciotti’s Stade Jean Bouin in Paris.

Breakthrough Across Scales
I did two projects soon after graduating that were very different – one a children’s lamp, and the other a stadium – but my way of thinking about them was similar. The Climbing Lamp is a kit of parts that can be as simple as a bedside lamp, or formed into a lighting chain that spreads across the walls and ceiling. It could be six lights or made into a structure of 20; you can play around with the scale.

For Stade Jean Bouin, a rugby stadium in Paris, I worked in collaboration with the architect Rudy Ricciotti, as well as engineers and my friend and former colleague Etienne Vallet. My role as an industrial designer was to focus on the facade. Specifically, I was asked to create a pattern for the outer shell, a kind of brise-soleil composed of high-density concrete panels.

The system I created allowed each panel to have a different graphic, even though they were cast from the same moulds. It’s now part of the building, but to me it is still an object. I did all of the models and mock-ups at my studio to work out the details, then delivered it to the architects, who used this kit of moulds to manufacture the concrete panels for the facade. That’s why I see the lamp and the stadium as similar – because for each I designed a system and a way of making it adaptable. 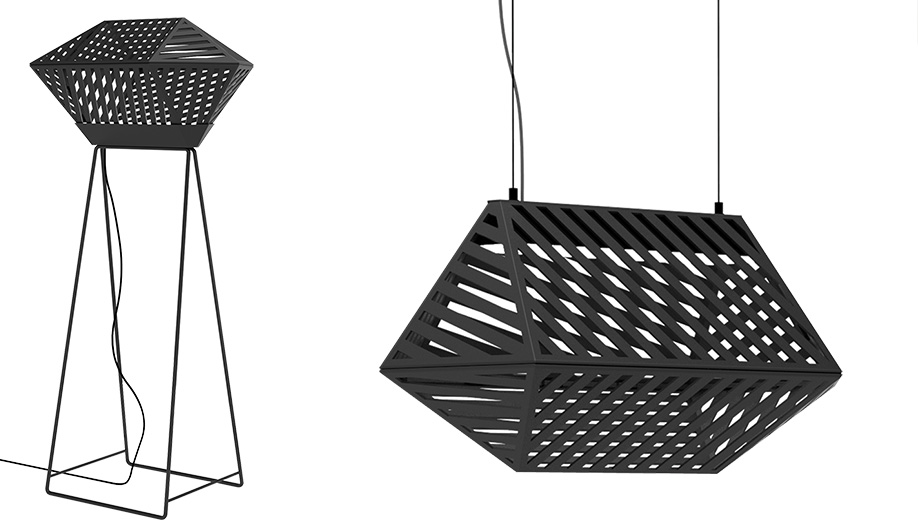 The Stripes collection, by Confidence and Light, was designed for Chartier Dalix Archi­tectes’ cultural centre in Lille.

Material Details
The Vera Light for Roche Bobois began with a brief from Studio 02. They were the architects of a library in Brittany, France, and they requested a new style of lamp for it. I wanted to use the same materials as for the building, ash wood and perforated steel panels. For the shape, I took inspiration from a traditional lace hat of the region. It looks a bit like a sail, and it’s very lightweight. During the design process, the assembly of the two parts resembled a mast, and it made me think about the character of this region and its relationship to the water, so I incorporated some of those details into the final product. 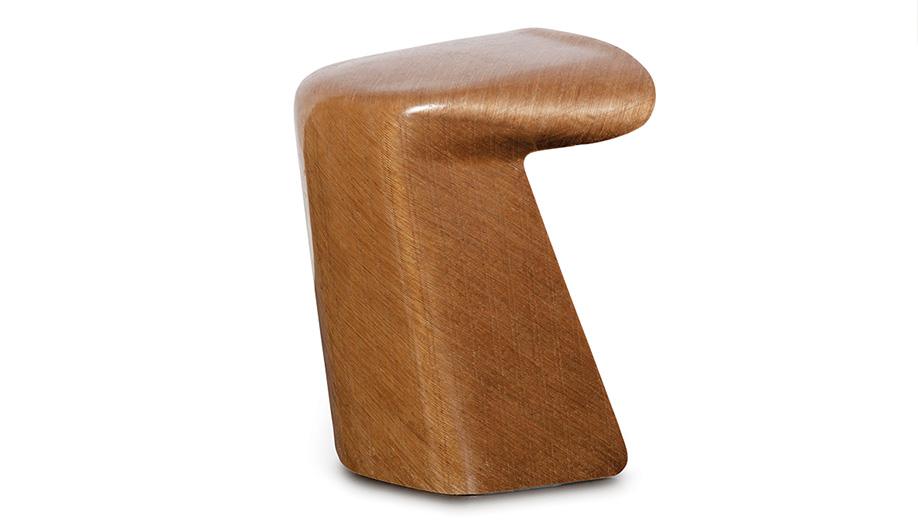 Layers of jute fibre and resin form the biodegradable Toul stool, by Gold of Bengal.

Way of Working
I like to ask myself, “What can I do with this?” and push the technical potential of a material to its limits. When I’ve stretched a material to the max, then I think about how I can tell a story and begin to research iconography. My work also shifts scale quite a bit. When I work in response to a building or a specific place, I like to get to know the history of the area. My most successful projects have found a balance between the material and
the object’s story. It’s true that form follows function, but sometimes a contextual approach shapes the object. There are ultimately three elements to each project: material, form and context. 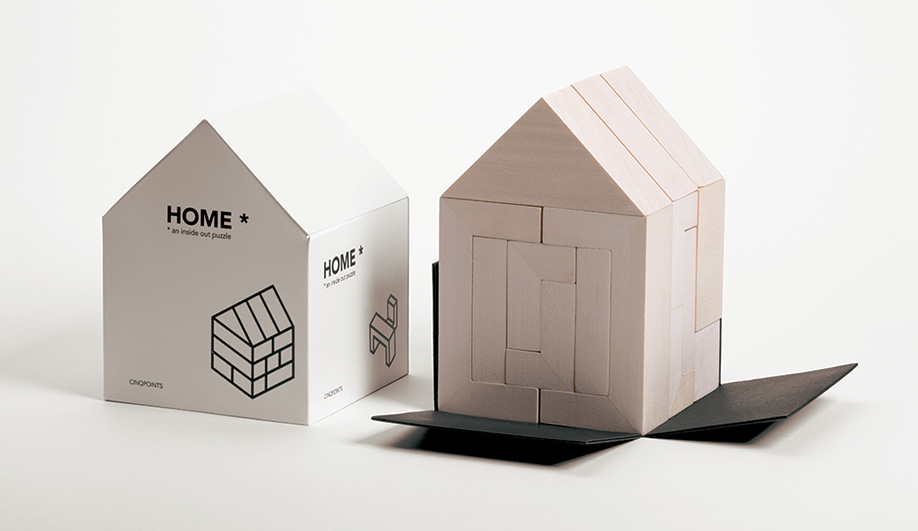 When disassembled, the pieces of this 3‑D puzzle for Cinqpoints resemble differenttypes of furnishings.

Furniture, Interiors…and a book?
Last year, I wrote West Is the Best, which describes the links between art and surfing. I wanted to understand where the sport of surfing meets creativity, so I went to California to meet with friends – an architect, a product designer and an illustrator – and with representatives of surf brands. I’ve completed retail interiors for surfing shops and even made some surfboards, but my dream is to do more holistic art direction for these brands. I don’t separate these elements. 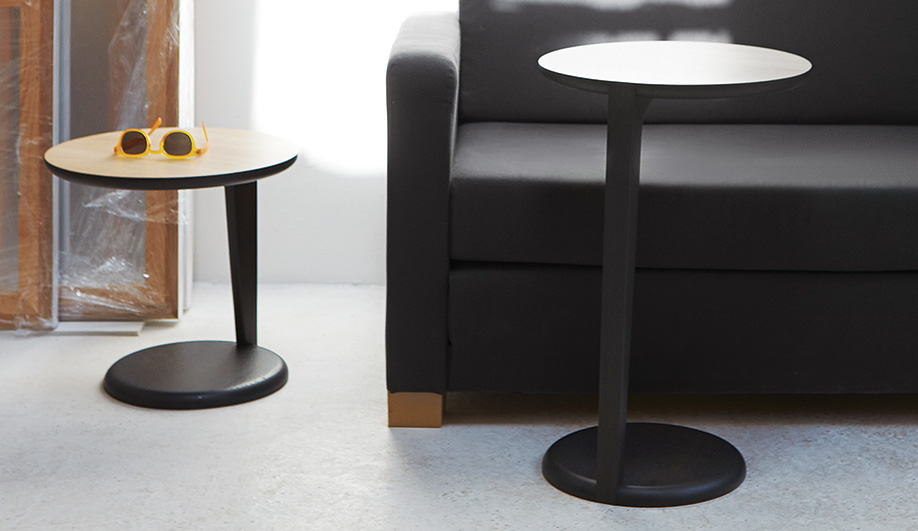 The Fin table’s eccen­tric pedestal was inspired by the stabilizing fin of a surfboard.

The Future
I’m now designing a guitar that’s dipped in a resin bath like a candy apple, in collaboration with a guitar atelier for the French band La Femme. I’m completing the interior of the Spindrift boathouse in my hometown, Vannes. I’m also producing a table, bench and stool for LIPSI, a new company that works with craftspeople in Cambodia to develop their pieces. In return, there’s a benefit to the local community; they’ve helped to build a school, which trains workers and teaches their children.

The ocean is a recurrent theme in my pieces. My ultimate goal is to create a second studio in France, perhaps Basque Country or Brittany, somewhere close to the sea. I am developing a method of working with surf brands to do that. 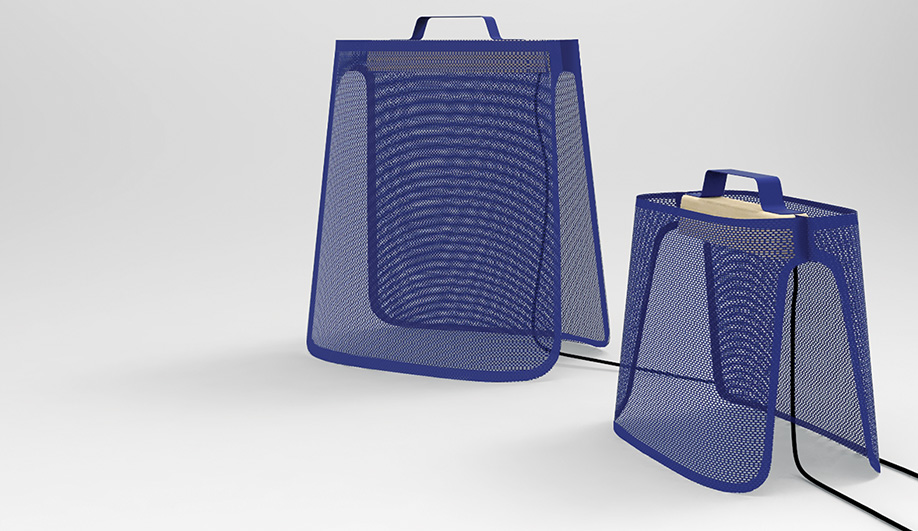 The Vera lighting collection, designed for a Museum in Brittany, has a perforated metal shade that recalls the region’s traditional lace hats.