Designer Profile: Margaux Keller
Can an object tell a story? This French designer believes the products we live with can summon memories from the past.

The three-­legged Stampella functions as a stool or a side table – solo against a wall, or matched to form a round surface. 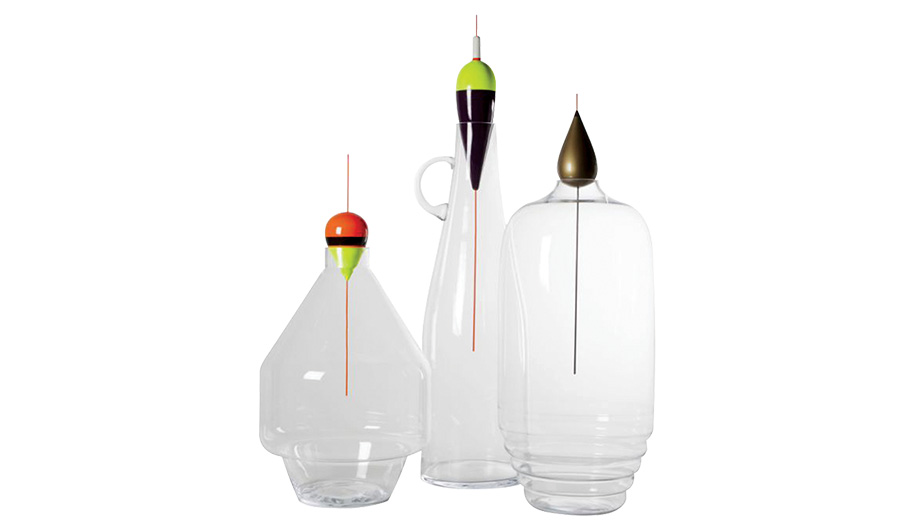 Where it all began
I have always been creative: I started painting and drawing lessons at five. During my youth in Marseilles, I used my bedroom as a place of experimentation, constantly moving furniture around and painting on the walls. It drove my mother crazy! Then, one day, I heard the word “designer.” I immediately thought it sounded great and decided I wanted to become one. When I turned 18, I moved to Paris, first to do a bachelor’s in product design at the École Nationale Supérieure des Arts Appliqués et des Métiers d’Art, Olivier de Serres. Later on, I studied product and furniture design at the École Boulle, a school for crafts and applied arts. Afterward I did an intern­ship with Philippe Starck and worked directly with Catalan furniture designer Eugeni Quitllet.

In 2011, I decided to start my own studio in Mar­seilles rather than in Paris. I wanted to be under the sun, not the rain. People are often surprised when they learn that I live here. Then they remember me as that designer from Marseilles, so it can be an advantage. Paris is just three hours away by high-speed train, close enough that I’m able to visit clients there anytime. 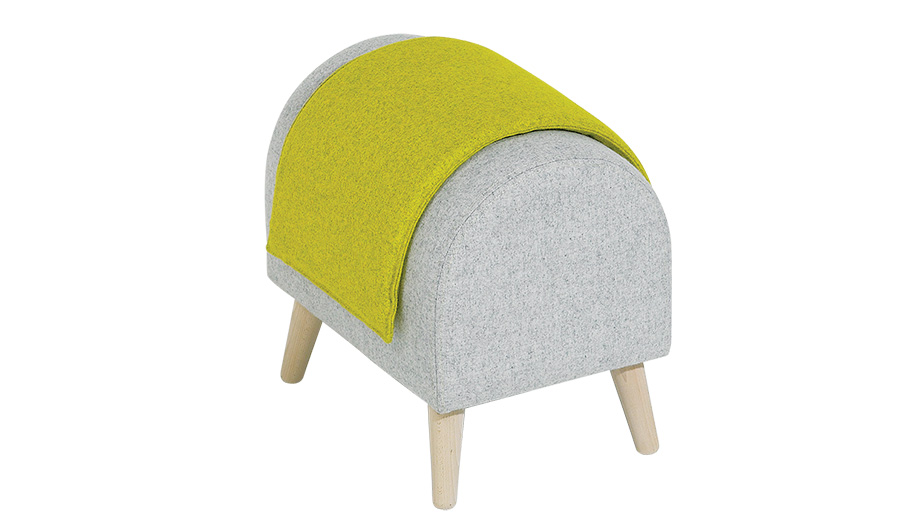 Canasson, for SOCA of France, invites sitters to straddle its rounded oak seat or perch sidesaddle.

A tipping Point
After my experience working in Starck’s studio, I was selected for a residency
at Fabrica in Treviso, Italy. I spent a year there, surrounded by people from all over the world. It was a turning point: I extended my professional network, and I worked with, among others, Sam Baron, who became a mentor and really influenced my way of working. 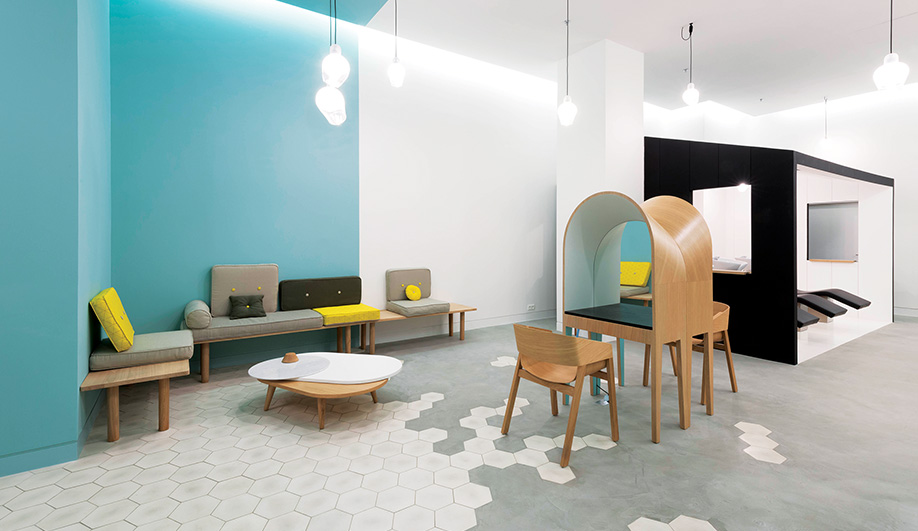 Simple shapes and a restrained palette keep the Le Coiffeur salon in Marseilles prim yet welcoming.

Summoning the past
Simple forms and pure materials – glass, wood, porcelain – are very important to me. All of my projects are about going straight to the story I want to tell without adding any useless decoration. When I teach, I tell my students that beyond function and aesthetics they should bring a third dimension to an object: a story. You want to evoke emotions; you want people to react and maybe remember something from their childhood. For example, one of my latest projects, Les Pescadous, is a collection of glass vases that uses fishing floats as stoppers. They’re directly inspired by the sea and the South of France, where I live. For many people, they play like une madeleine de Proust, reminding them of their childhoods. 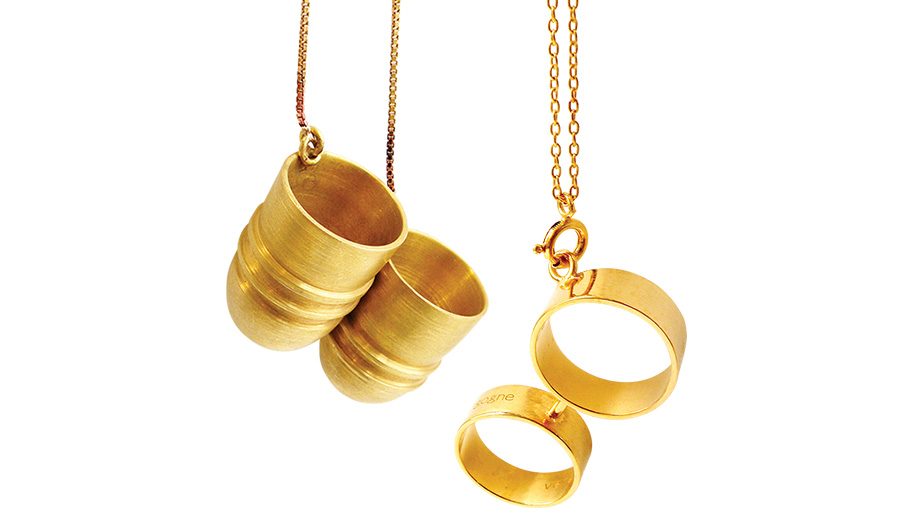 The Design sans Vergogne collection is intended to change how we view common habits, and includes this jewellery for thumb twiddling.

Telling the tale
When I left Fabrica in 2011 (I was 24 at the time), I was contacted by Yves Saint Laurent Beauté. They were looking for young talents to design a bottle for a feminine fragrance. For three months, I worked intensively on it, day and night, in close contact with the brand. It didn’t go through, but it was an amazing experience and a massive challenge. I learned a great deal from this project. It was all about transparency and narrative. A perfume bottle is the perfect example of a highly personal object that tells a story. 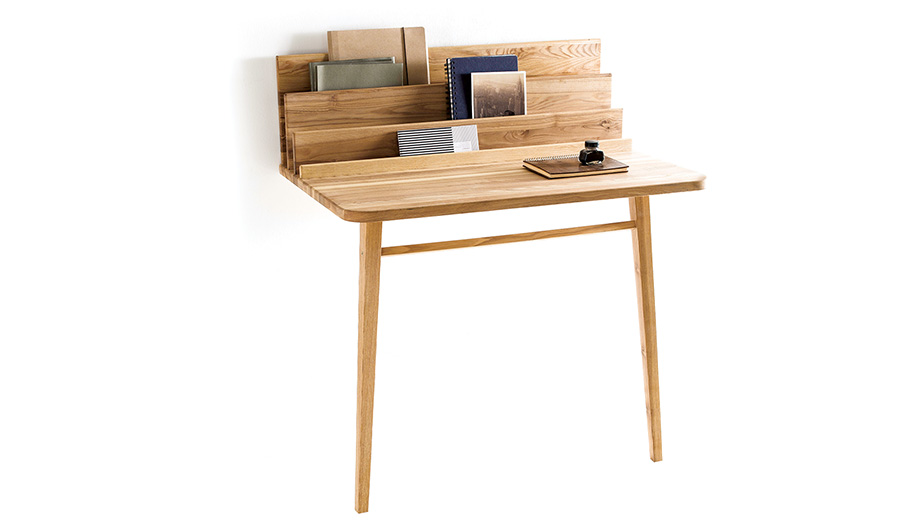 One of Keller’s most popular designs is Le Scriban for La Redoute. The compact writing desk leans against the wall on two legs.

The way we live
If I had not become a designer, I would have studied sociology. I like to investigate and analyze how people use objects in daily life. When Sam Baron asked me to design a desk for the online home retailer La Redoute, I came to the conclusion that maybe a desk is no longer a big piece of furniture; but it could be a small surface placed on two legs, becoming an object that allows users to exhibit their mementoes. So I came up with Le Scriban. It was a one-shot: the first concept was the best, and it was quickly put into production. This is also my best seller, because it reaches a wider public. It’s all about functionality but also simplicity and aesthetics. 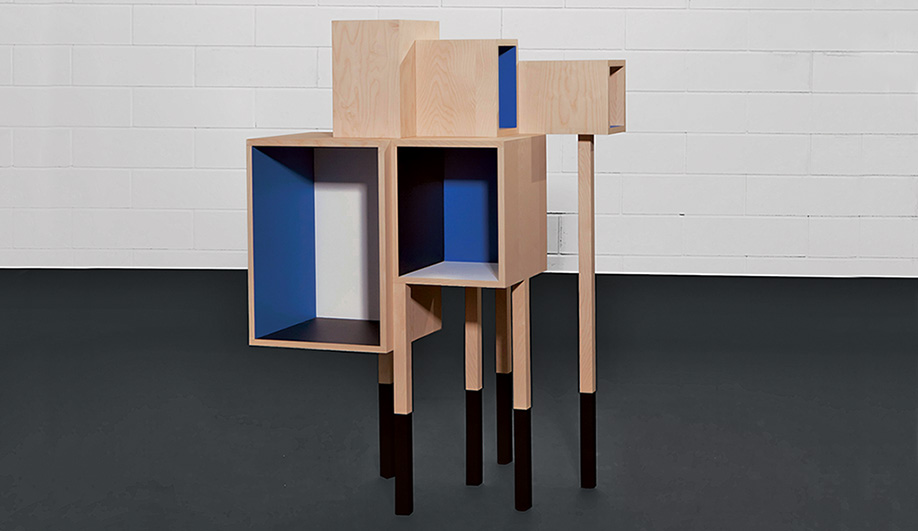 Objet Préféré, from the designer’s residency at Fabrica, consists of 15 unusual furniture pieces, among them Les Sept Appartements: seven storage compartments that represent her former dwellings.

What lies ahead
At the moment, I am designing a furniture collection in metal – a chair, an armchair and a low table – which is being produced in Cambodia. I have never worked with metal before, so this is new to me. The commission came from a brand that will launch later this spring.

I recently completed an interior for Le Coiffeur, a hair salon in Marseilles. I really enjoyed the adventure of doing a global project, and I would like to do more interiors.

I’ve always been lucky enough to be contacted by clients; so far, I’ve never had to look for work. I hope that stays the same. ­ 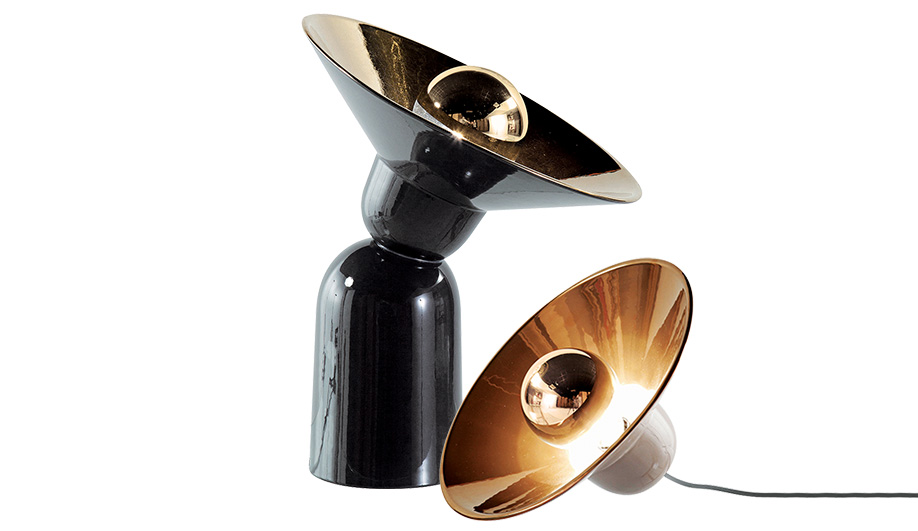 The Odil lamp for Roche Bobois features an off-kilter ceramic base and a parabolic reflector to emit a focused beam of light.