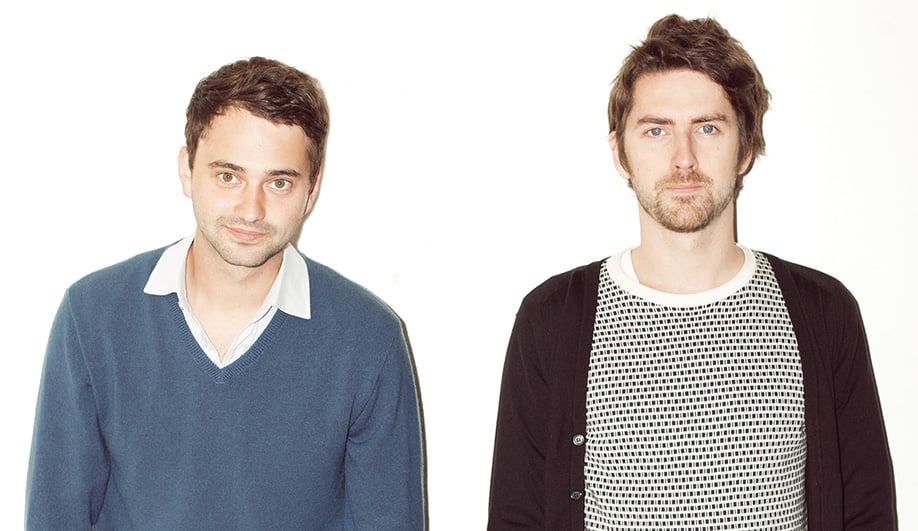 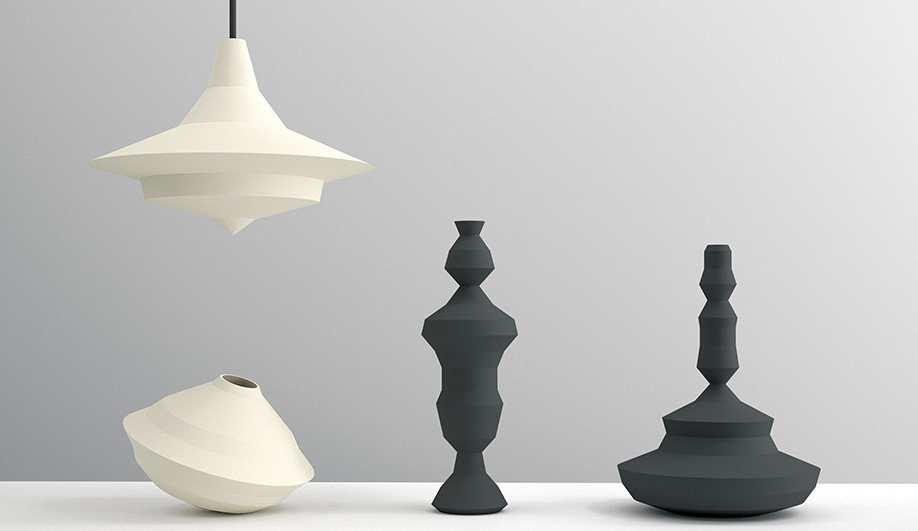 The Object of Sound vases, lampshades and candle holders come in 3-D-printed shapes derived from the sound waves produced by speaking their names. rn 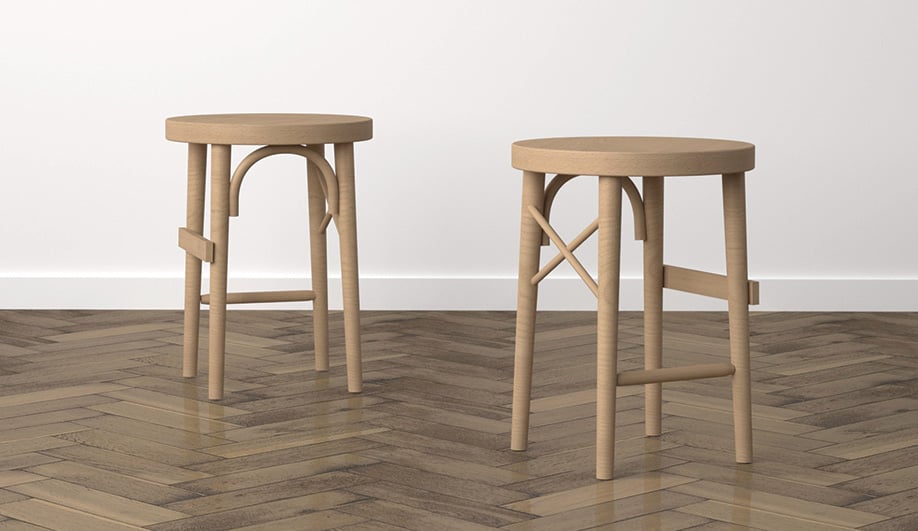 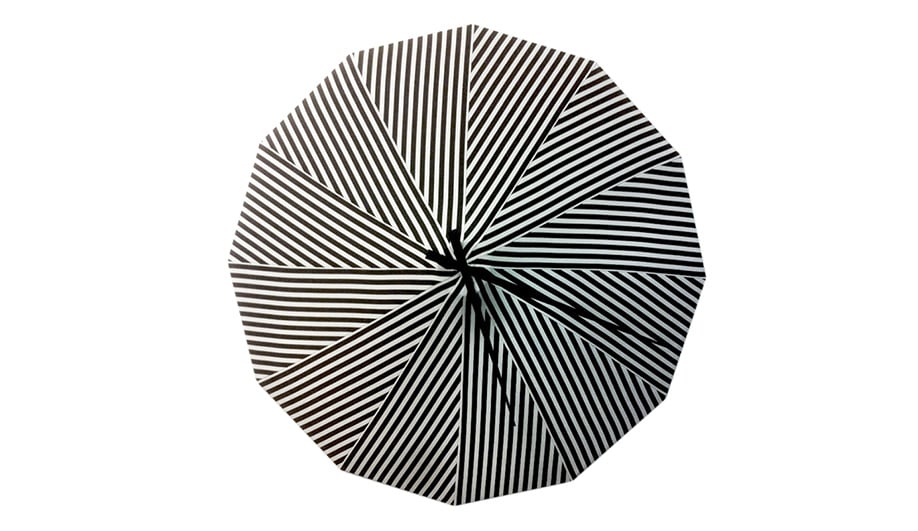 Resembling an umbrella, the Space/Time wall clock is made up of 12 fabric sections. It was produced for Elle Déco Lab and Ikea. 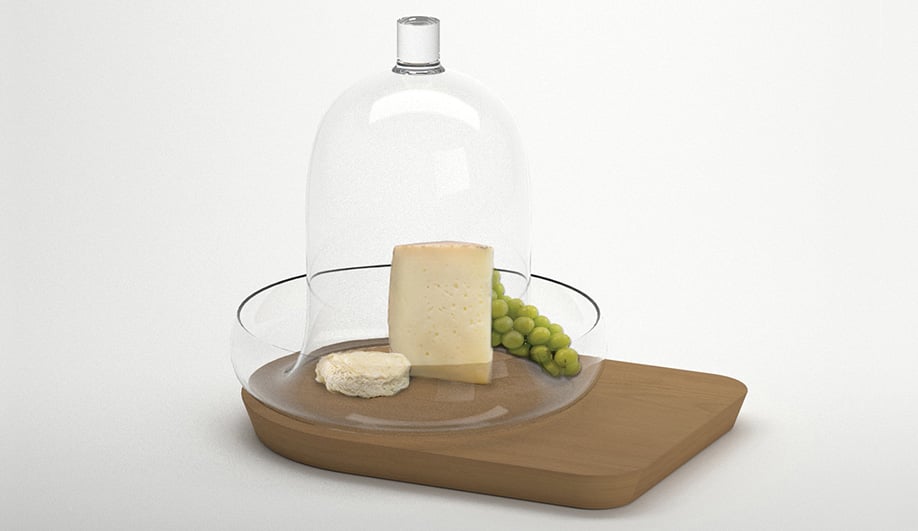 The glass Overcover, made for a food design exhibit, holds cheese and complementary foodstuffs, such as grapes. 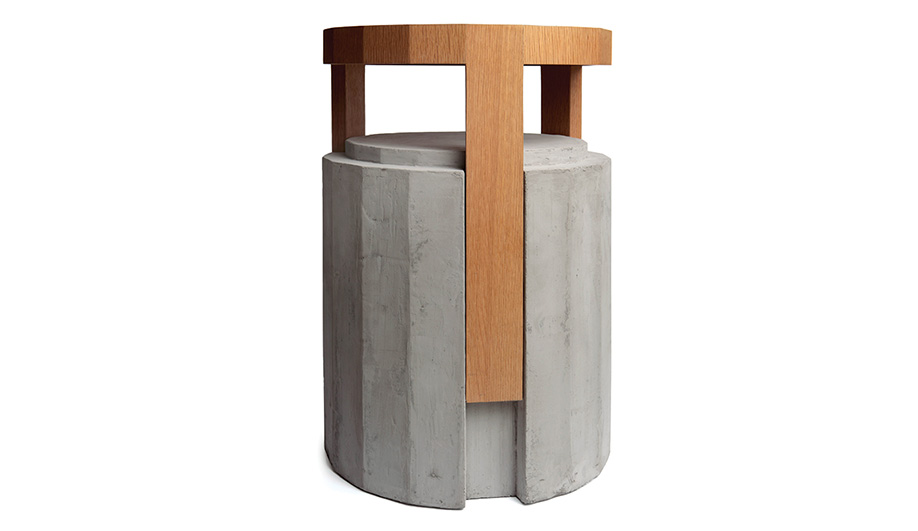 Imprint comprises two stools in one: a concrete block and the three-legged wooden seat visually derived from it. 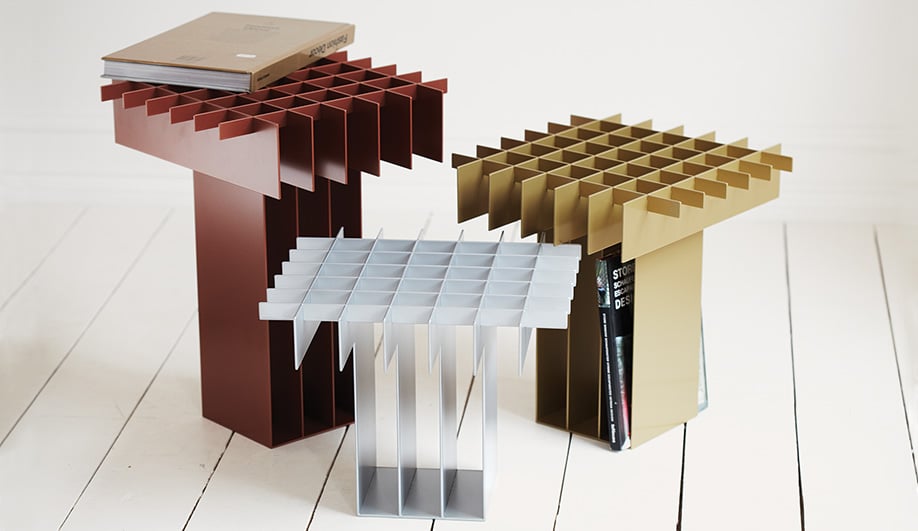 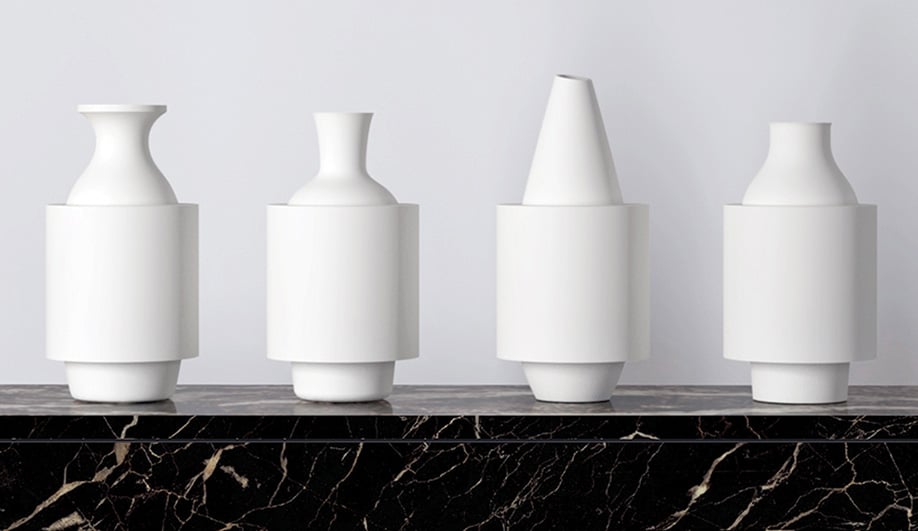 Designed for Serax, the porcelain Trapped Vases have their archetypal forms encased within cylinders. 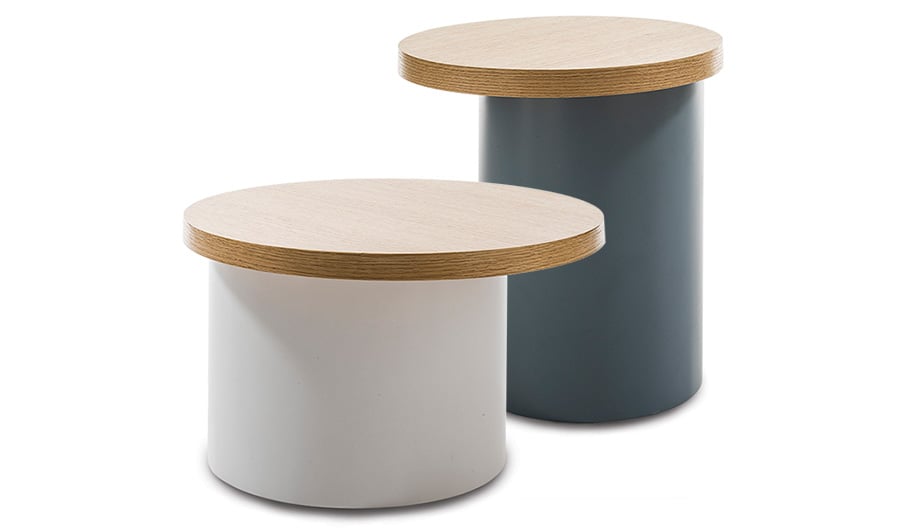 The Kepis side tables, for La Redoute, feature oversized oak-veneered tops that nest together.

THE SCIENCE OF DESIGN
Juan Pablo Naranjo: Before attending Strate Collège, where we met, both of us had studied subjects other than design. Jean-Christophe was studying physics, and I’m an engineer. For both of us, the leap from science to design was quite natural. In science, you make observations and create hypotheses, which you then validate before proposing solutions. This process also works for design, in the sense that if you observe the way people live you can create some hypothesis about how this can be changed, improved or reinterpreted, and then propose a solution or an alternative.

A good example is our Elements shelving system. Our hypothesis was that since the size
of people’s spaces varies and standard shelves don’t accommodate that, we would design a system that enables them to create a shelf that does. We can justify every aspect of the system – an aluminum sheet with a special folding system that the owner can shape and combine with customized wooden boards – by coming back to the hypothesis that a “half-do-it-yourself” shelf is the best solution for your specific needs.

NARRATIVE STYLE
JPN: We often start with a coherent story about the object, and the material has to be part of the story. Even with Help Me Darwin [a furniture kit for emergency shelters], the idea was not to create cardboard furniture, but to create an object that could mutate and adapt. It happened that card­board had qualities that allowed this to happen, so it came about as one of the solutions. Even the aesthetics are like a solution. We don’t make objects to be beautiful and then tell the story. The shape is always a result of the story.

SOUNDING IT OUT
JPN: I think our first strong project was Object of Sound [a collection of 3‑D-printed pottery in a variety of shapes derived from the sound waves produced by pronouncing the objects’ names]. Rather than taking ownership for the design ourselves, we were communicating that perhaps an object has more value to you if you make it yourself. But instead of having you create a piece of pottery that would be ugly, we gave you a certain playground where you can experiment, and the result will be controlled in a certain way. It was interesting, because in the end the objects looked nice without this being intended.

We used 3‑D printing when the technology was new, because the concept is that the objects are all unique – just like the different voices speaking their names – and they needed to be produced in a way that allows you to have different objects every time.

LAYERS OF UNDERSTANDING
JPN: Throughout our years of working together, we have kept this idea of working with archetypes – these things that people don’t know they know, or those things we share in our common knowledge. You can see this through our Radiation collection of chairs and stools. The archetype gives a base for people to relate to the object, but we take them from that base to another layer; we try to add different layers of understanding. The idea is that everyone who looks at the object has the possibility to find something for themselves. Maybe you’ll find the aesthetics interesting or beautiful. But if you want to know more, there is always more to tell, like where do these mutations come from? Ah, they come from ideas about evolutionary adaptations observed in nature – and then maybe there is something else behind it.

FROM CONCEPTUAL TO ACCESSIBLE
Jean Christophe Orthlieb: Our work is conceptual, but we try to make it accessible. Through these concepts, with several of our projects, we try to propose a new way of consumption, where you can create the object on your own, as with Object of Sound, or make half of it yourself, as with our Elements shelving system. Or when we manufacture the object half with technology and half by hand.

TAKING TIME
JCO: At the moment, we are doing our first big interior project, a 25-bedroom hotel in the centre of Paris, due to be completed in September 2014.
JPN: In addition to recently releasing our Trapped Vases for Serax, we are working on a project with a group of glass craftsmen. It is more of an experiment that will be looking at glass manufacturing from both historical and futuristic perspectives. It will be our laboratory project for the year.
JCO: This is not about designing objects, but designing a process. We are going to take our time with it. This is how we like to work in general. We like to take it slow and have strong, interesting projects.

SHARE
Twitter, Facebook, LinkedIn, Pinterest, Email
TAGS
Personalities, Product Design,
AZURE is an independent magazine working to bring you the best in design, architecture and interiors. We rely on advertising revenue to support the creative content on our site. Please consider whitelisting our site in your settings, or pausing your adblocker while stopping by.