These Bright Designers are Showing the Untapped Potential of Lighting
From eliciting emotional responses to storing energy, lighting can do much more than illuminate. 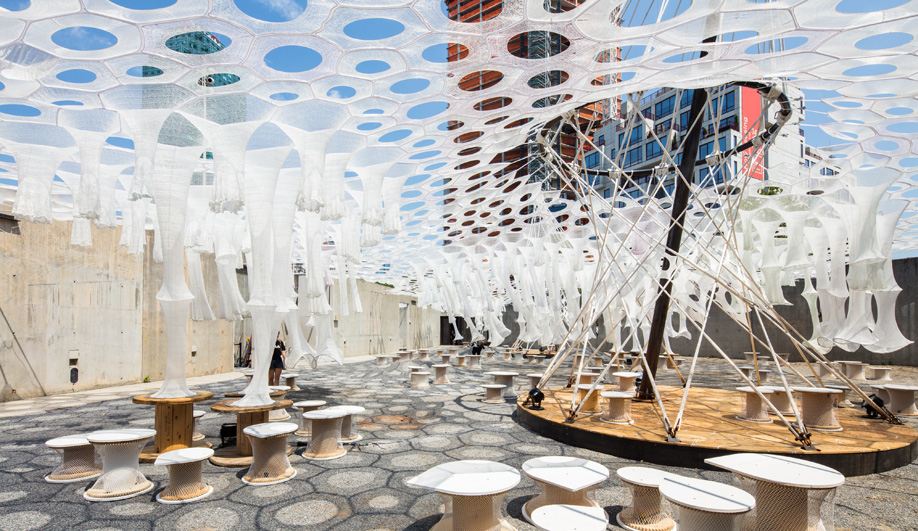 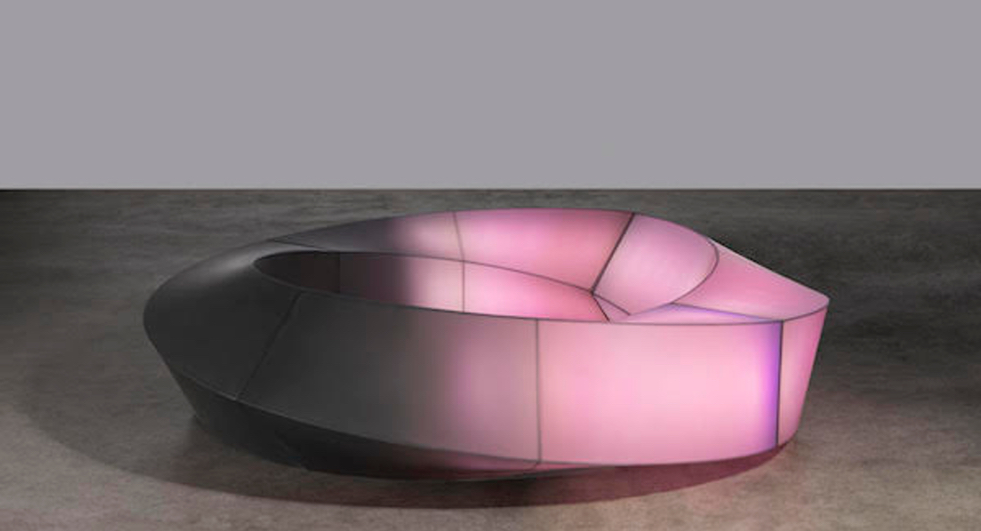 1 3form and Louis Lim
In Mobius, Brooklyn designer Louis Lim has created a seemingly paradoxical object: a circular bench formed from just two looping, Möbius-strip-like surfaces, and rendered in a colourless material that pulsates with every hue of the rainbow. This material, 3form’s Dark Chroma resin surfacing, was thermoformed on plywood moulds in sections, then precision-mitred with a five-axis CNC and glued into its sturdy toroid shape. Despite its deep charcoal appearance, Dark Chroma transmits coloured light more faithfully than white materials; when the surface is tapped, technicolour waves wash over it like ripples across a pond. “It was important that Mobius engage people rather than function strictly as ornamentation,” Lim says. “There’s something inexplicable but powerful when you can touch and feel light.” 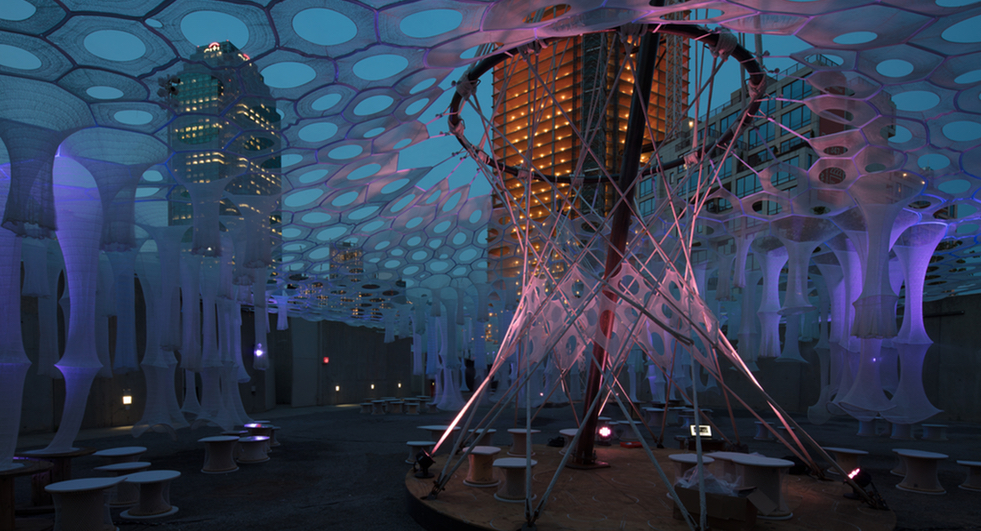 2 Lumen by Jenny Sabin
Jenny Sabin describes her interactive canopy, installed in the MoMA PS1 courtyard, as “knitted light.” Two unusual fibres, woven throughout hundreds of knitted tubular modules, bring Lumen to life: “One is solar active,” Sabin explains, “and changes colour drastically from a cloudy day to a very sunny one.” The other is photo-luminescent, absorbing light during the day, then releasing it after sundown. “There’s a network of U.V. lighting fixtures, so at dusk, the photo-luminescent fibres are amplified, and the striations slowly start to glow,” Sabin says. “I wanted Lumen to provide both public and private moments. It can be quite different from day to night – both in the responsiveness of the fibres, and in how people use it.” 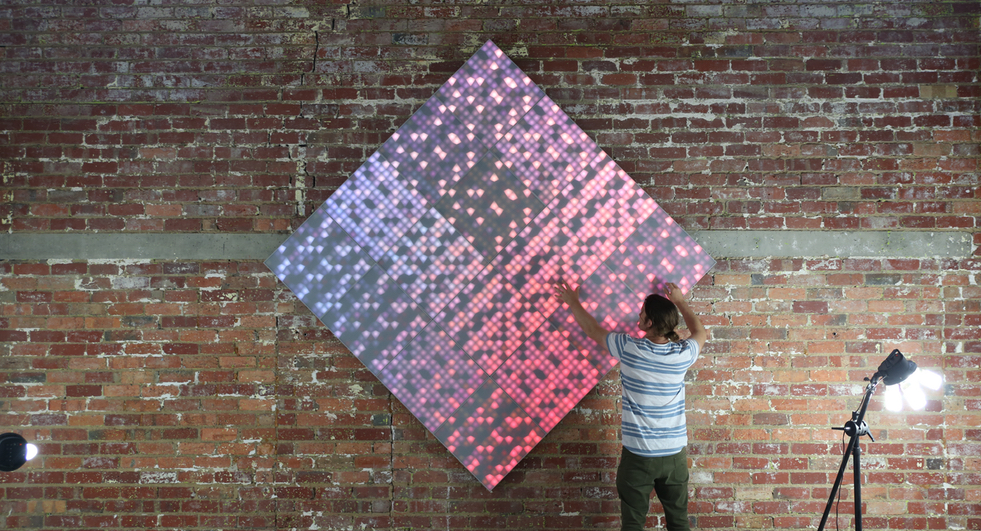 3 Lumes by Eness
Developed by Melbourne multimedia studio ENESS, Lumes is a modular wall panel like no other. Fifty centimetres wide, in lengths ranging from 50 centimetres to nearly two metres, the panels house arrays of 16-bit LED pixels in a variety of tessellating configurations. “Each pixel becomes a character,” says spokesperson Larissa Lal-Ponini. Combined, the panels can form interactive displays of any size, which can then be mounted behind any type of translucent surface – acrylic, fabric, even wood veneer – letting them blend into the background. Different lighting sequences can respond to touch, movement or sound, transforming feature walls into interactive art. Some are “ambient, visual effects that appear and disappear back into the wall surface,” explains Lal-Ponini. “Others are cinematic experiences.”