Dirk Vander Kooij’s Robot-Made Furnishings
The New Babylon collection builds on the Dutch designer's practice of melting down refrigerator parts, and 3-D printing the plastic into unusual pieces with his own personal machine. 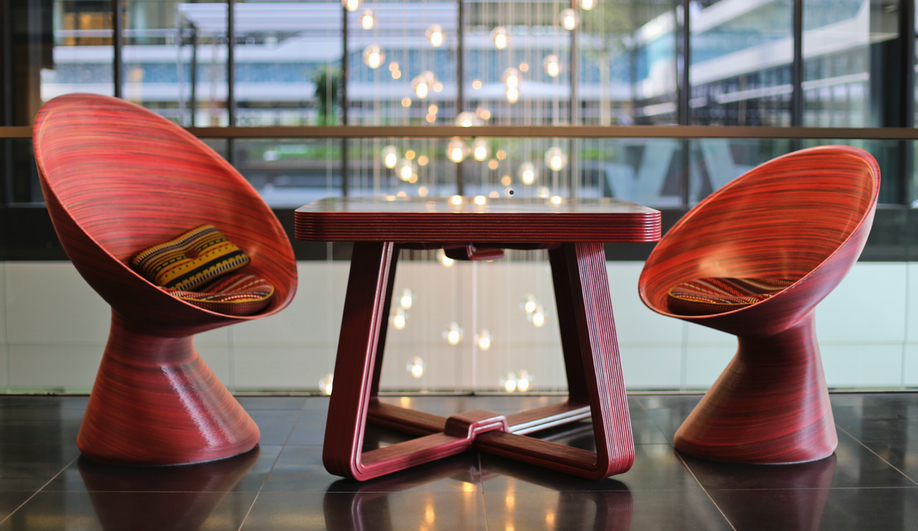 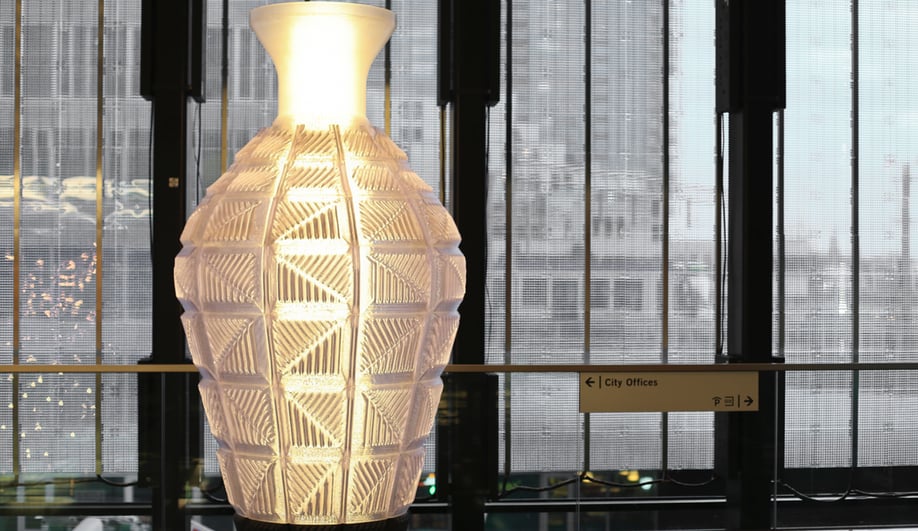 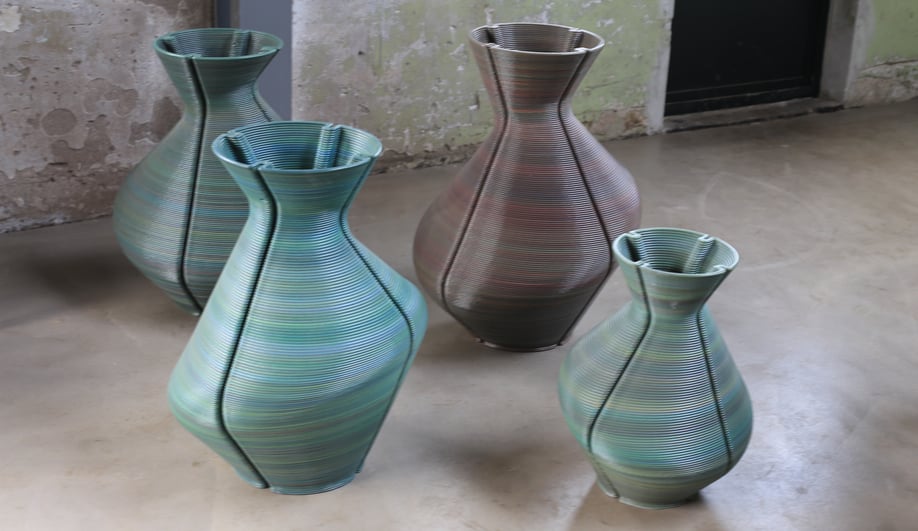 Every kid imagines what they might do if they had their own robot, though most are unlikely to dream up anything like Dirk Vander Kooij has done with his. The Dutch designer has become known internationally for the low-resolution 3-D printed furniture he has been churning out since creating his robotic-armed machine, which produces plastic furniture without requiring expensive moulds.

Recently commissioned to create furnishings for New Babylon, a mixed-use complex in South Holland, next to Hague Central Station, Vander Kooij has added the resulting designs to his regular product line. “It started as a small project but it grew out to half a year of sketching, prototyping, modifying, considering, deliberating, debating and using a variety of bad language, but it all came together,” he says.

Completed last fall, the project incorporates some of his older designs, like the Fat Line Table, as well as three new pieces. The first, named for the project, is the New Babylon chair, in which the extruded lines that form much of his earlier work are made thinner – a texture achieved via a lengthier printing process. “I wanted a different look for this one, more like a silk or other fabric,” Vander Kooij explains.

Also included in the project are two very different vases. The Changing Vase series, in five- and seven-kilogram sizes, offers a different shape from every perspective, thanks to their asymmetrical form. The randomized colouring is a result of the recycled material the designer prefers to use whenever possible.

The second vase, functioning as both sculpture and light source for New Babylon’s lobby, stands three metres high and is made in a crystal clear synthetic. (It’s the only one of the new products that doesn’t incorporate recycled material, although Vander Kooij has since discovered a source for the clear plastic) Rather than lines, it features a pattern of 30,000 lenses, created by printing drops, that magnify natural light during the day and glow with the help of 12,000 LEDs at night. “It offers both warm and cold light that can be adjusted individually, like a faucet,” says Vander Kooij. Rumour has it that the vase has become a bit of a landmark at New Babylon, fostering a popular meeting place.

SHARE
Twitter, Facebook, LinkedIn, Pinterest, Email
TAGS
Commercial, Furniture,
AZURE is an independent magazine working to bring you the best in design, architecture and interiors. We rely on advertising revenue to support the creative content on our site. Please consider whitelisting our site in your settings, or pausing your adblocker while stopping by.