Doshi Levien’s Architecture-Inspired Curtains for Kvadrat
In time for London Design Festival, the London design duo and the Danish fabric brand come together to launch a vibrant curtain fabric collection with architects in mind. 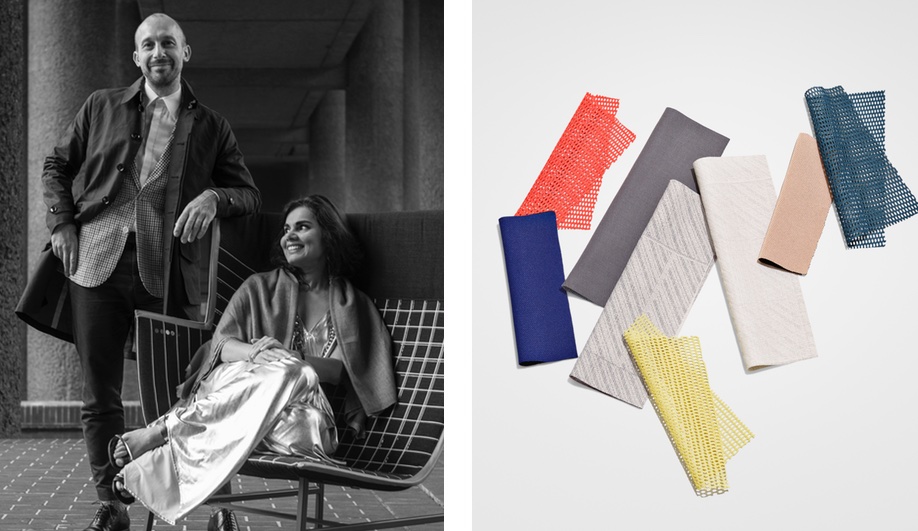 Spread out on a long, low-slung concrete table in Kvadrat’s London headquarters are specimens of plaster tile, sheets of perforated aluminum and a stack of coloured cards punched through with holes. These are tools of experimentation for British-Indian collaborators Jonathan Levien and Nipa Doshi – even when designing fabric. They’ve come here mid-way through the London Design Festival to launch their new line for the Danish textile company.

Partners going on 20 years, Doshi and Levien are recognized for their furniture – they are best known for their seating made by Italian manufacturer Moroso, including Principessa, My Beautiful Backside and Chandigarh – where upholstery is as integral as composition. Yet when Kvadrat approached them to design a range of curtain fabrics for its vast commercial client base, they came at it with an architect’s eye.

“Often with architects, colour is the last thing they think of when doing a building,” says Doshi, layering the hole-punched cards to create interesting combinations. “We imagined these fabrics in modern architectural spaces with strong materiality – brushed aluminum, patinated metal – but no colour.” 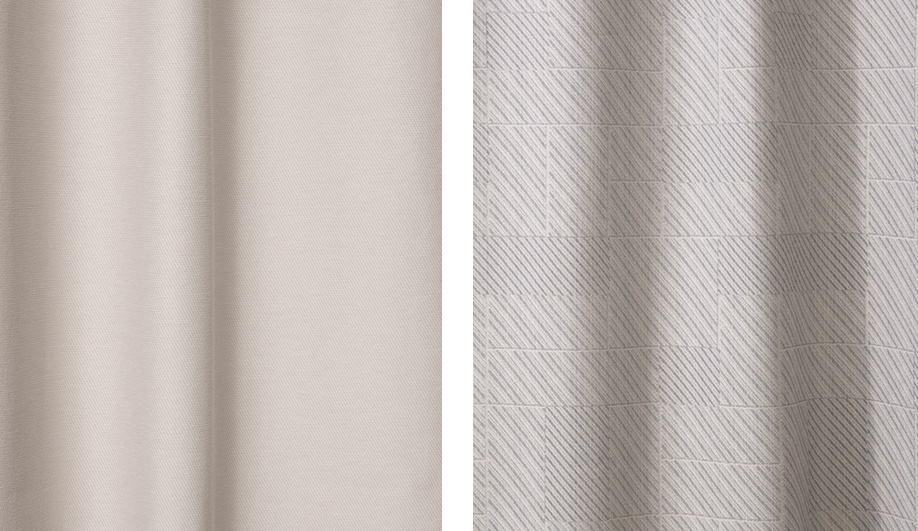 Left: a fabric from the Lake range. Right: the Utopia jacquard

The Design Festival rollout was rather at home in the severe concrete-and-glass Kvadrat showroom. The partners explained how they used the plaster samples to devise new surface textures for the fabrics, carving through them to create chiaroscuro effects. The deepest relief became the Utopia jacquard – woven, ultimately, in their trademark dusty, sun-faded hues. Their studies of glass and brushed aluminum became the subtle twill of the Lake range, in Scandi-shoreline shades with luminous sheen. 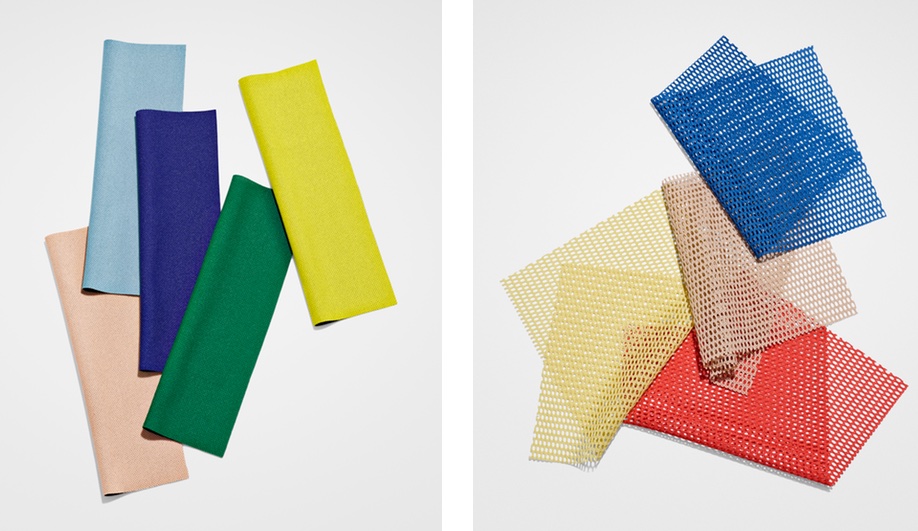 Three years in the making, the curtain range was, says Doshi, “about texture, architecture and finding a colour palette for a building.” Doshi, with the more audacious eye for colour, took her cues from the tapestries and paintings found in Chandigarh, Le Corbusier’s planned city in India, and brought some samples to share. Levien even admits to having been shocked by a few of her choices – like the emerald and citrus that ended up as a knit called Fiction, and the vermilion of the high-tech, hole-punched Rocket fabric. Yet when Fiction is layered behind Rocket, the effects are subdued. 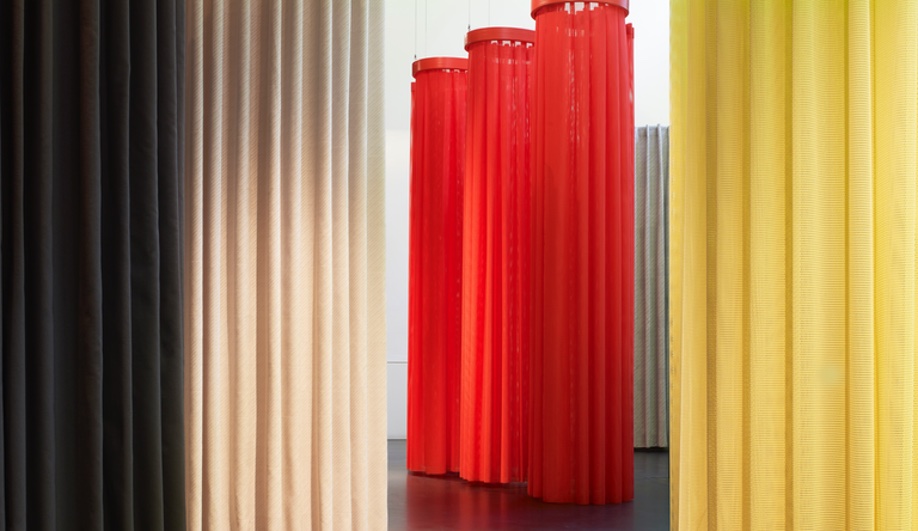 Hung on an architectural scale, the curtains ripple and pool, mitigating the harshness of the surroundings. The designers captured this in an accompanying exhibition titled Pilotis, inspired by the smooth concrete columns in modernist architecture. They hung lengths of undulating fabric from the ceiling like so many fluted pillars, contrasting the smooth and perforated surfaces “like a playful fabric Metropolis.” Pilotis is on show at Kvadrat’s showroom in Shoreditch Design Triangle through the weekend.