A Dramatic Attic Transformation in a Montreal Home
By repurposing the roof, local firm L. McComber revamped the attic of a Montreal home into a bright, livable space. 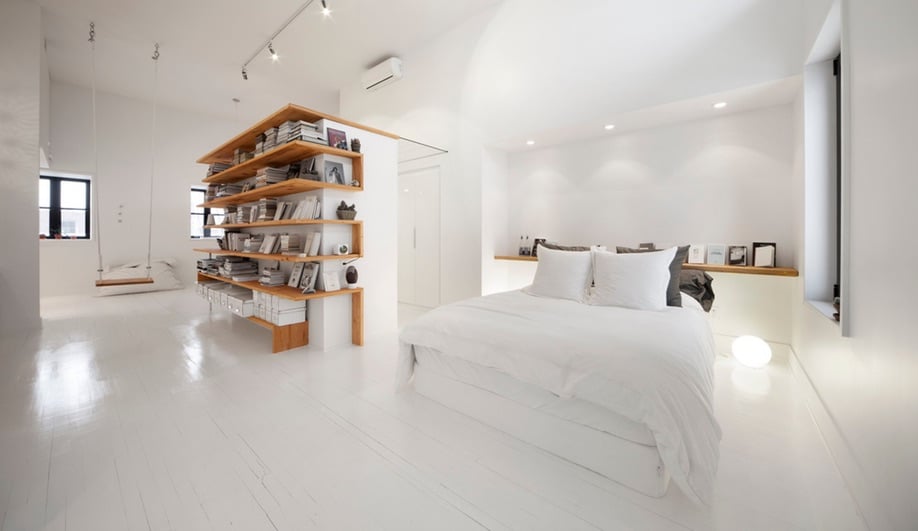 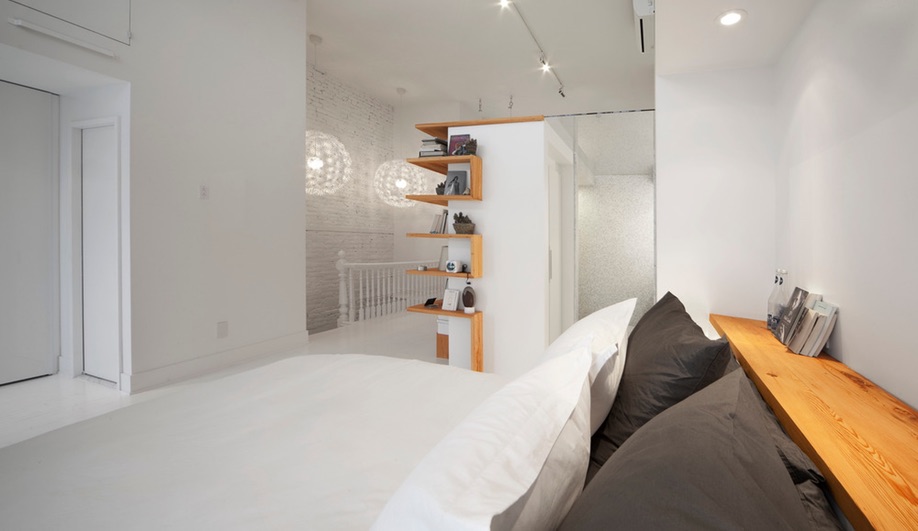 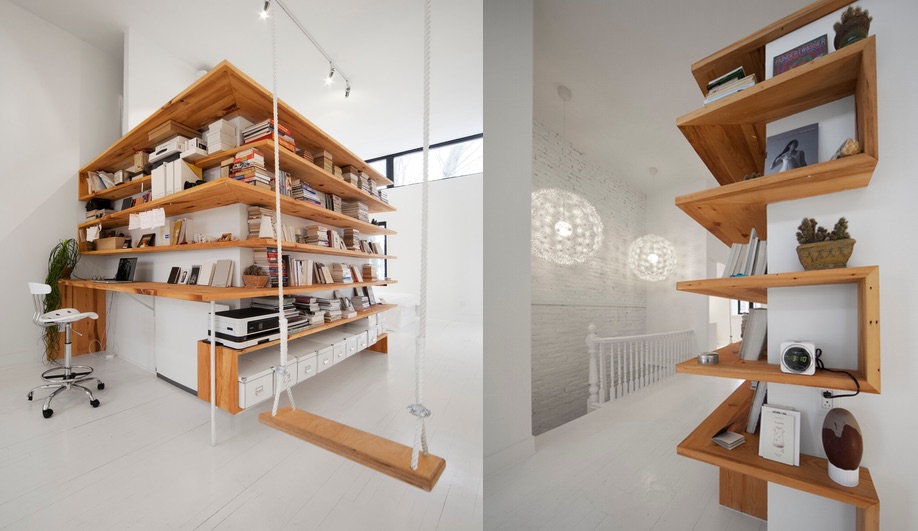 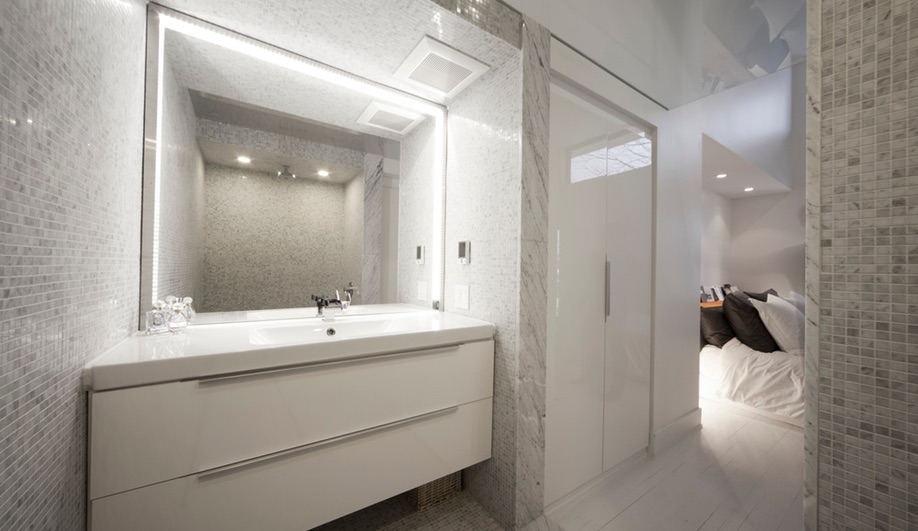 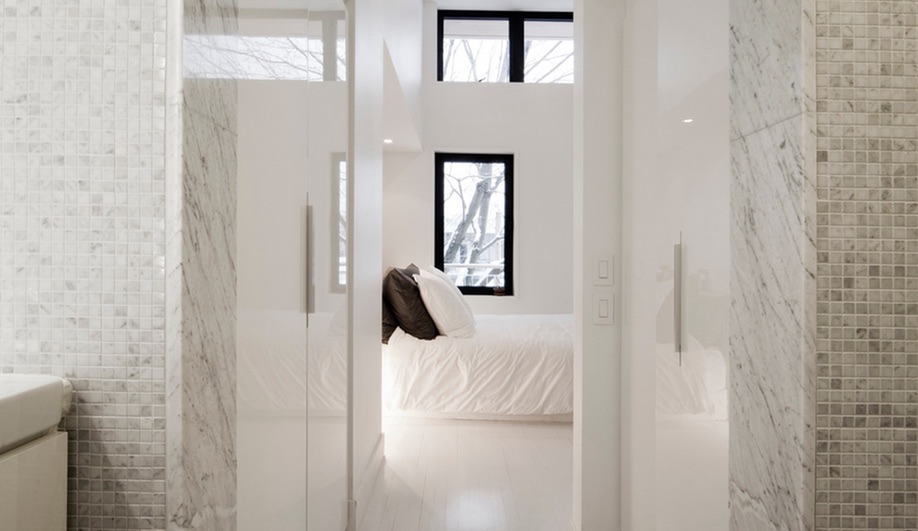 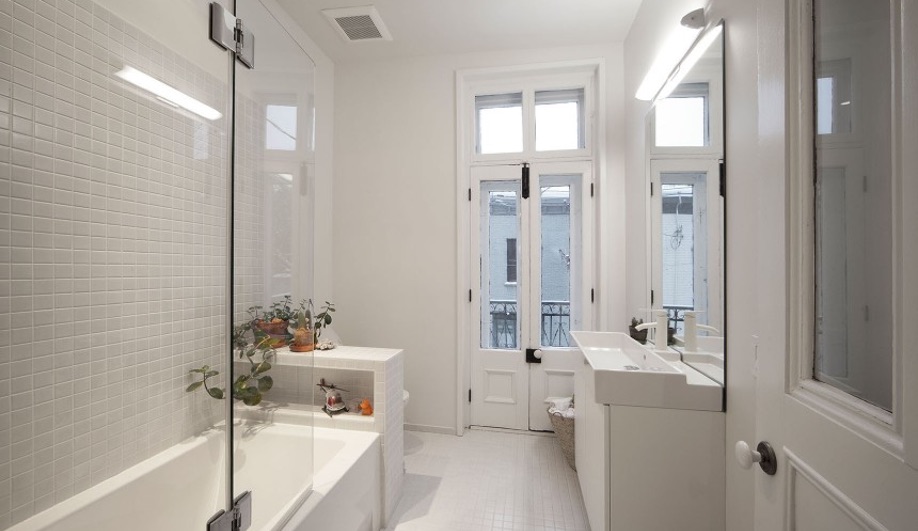 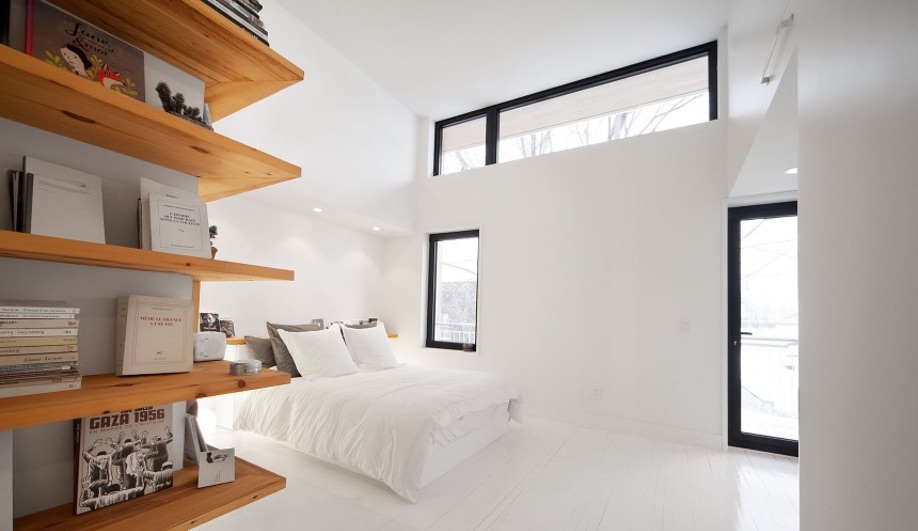 When he undertook the renovation of a Montreal house, local architect Laurent McComber discovered a surprising way to provide more space for the family that calls it home. Rather than beginning with an addition, he started with subtraction.

Built in the 1880s, the house originally featured a sloped roof; yet it was concealed under a recent intervention that flattened it. By peeling away layers of supporting structure, tar and shingles, and replacing it all with a few new joists, the architect was able to reclaim an additional 1.5 metres of height. He then inserted several new windows, including a long ribbon of glazing, and a glass door that opens onto the balcony. The result is a third-floor “attic” that is airy and light-filled, with soaring four-metre ceilings. To maintain the effect, the space is left relatively open, with the master bedroom, bath and an artist studio organized around a central cubic volume wrapped in shelving.

The wood used in the shelves derives from the demolition of the original roof, which unearthed lengths of beautifully aged hemlock. Salvaged and repurposed, the planks add a sense of warmth and character to the textured white palette of the original stairs, bannister and brick wall. Hemlock is also used as a shelf behind the bed, which takes the place of nightstands to preserve the uncluttered aesthetic. And a hemlock swing – for the kids in the family – has the most fun with the material. For the adults, the real treasure is tucked into the cube: Past two ample closets lies the snug sanctuary of the marble mosaic shower, in soft and soothing greys.