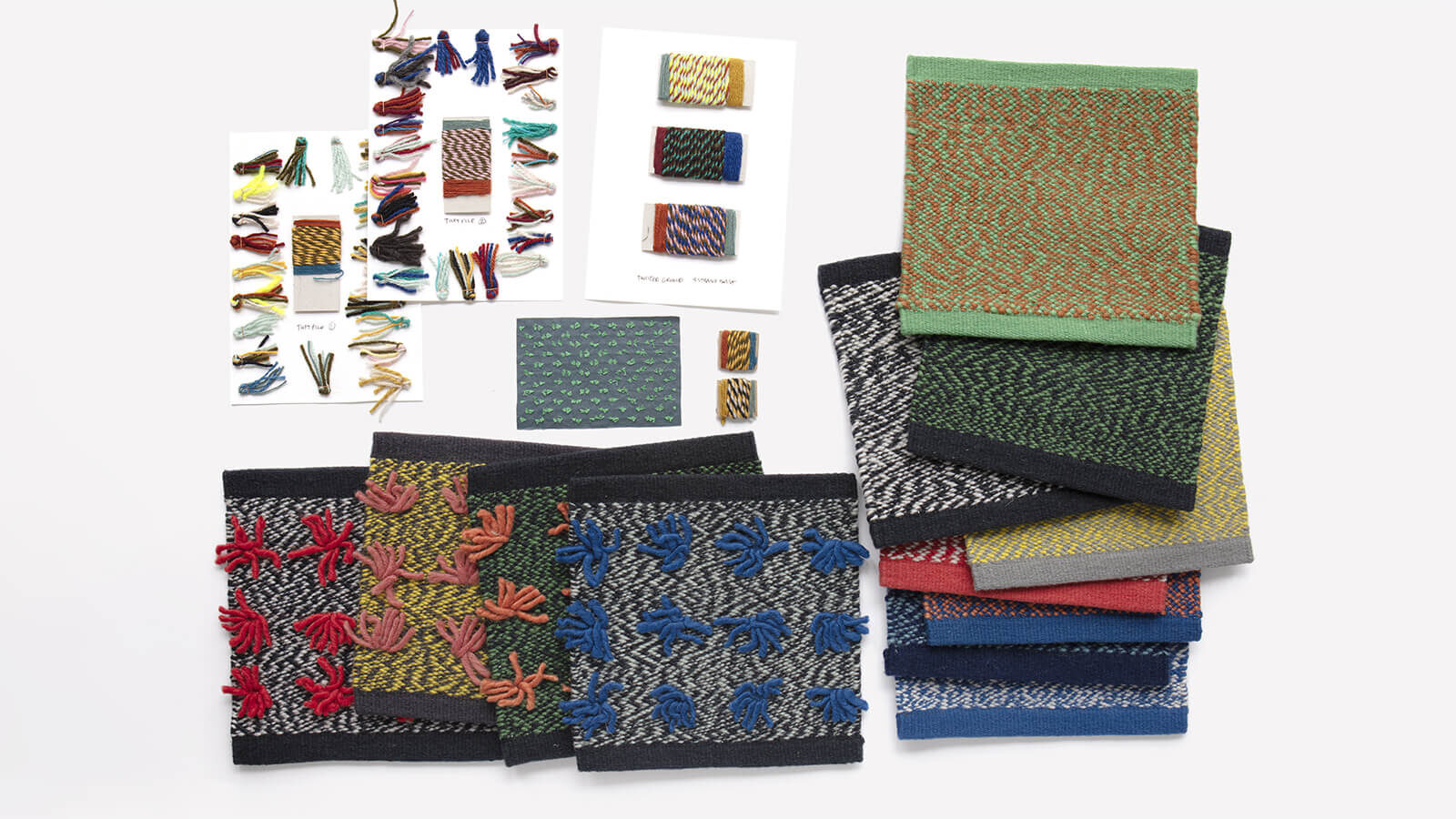 For Dutch designer Bertjan Pot, the creative process almost always starts with material research and experimentation. From his now iconic Random Light for Moooi (1999), for which Pot wrapped glass-fibre yarns drained of resin around large balloons to create web-like orbs, and his Carbon chair (2004), a tribute to Charles and Ray Eames’ Eiffel chair rendered in epoxy-free carbon fibres, to his more recent wild and whimsical masks — which actually came about after he was playing with the idea of using ropes to build carpets — Pot’s ongoing body of work exemplifies his natural curiosity and uniquely creative mind. 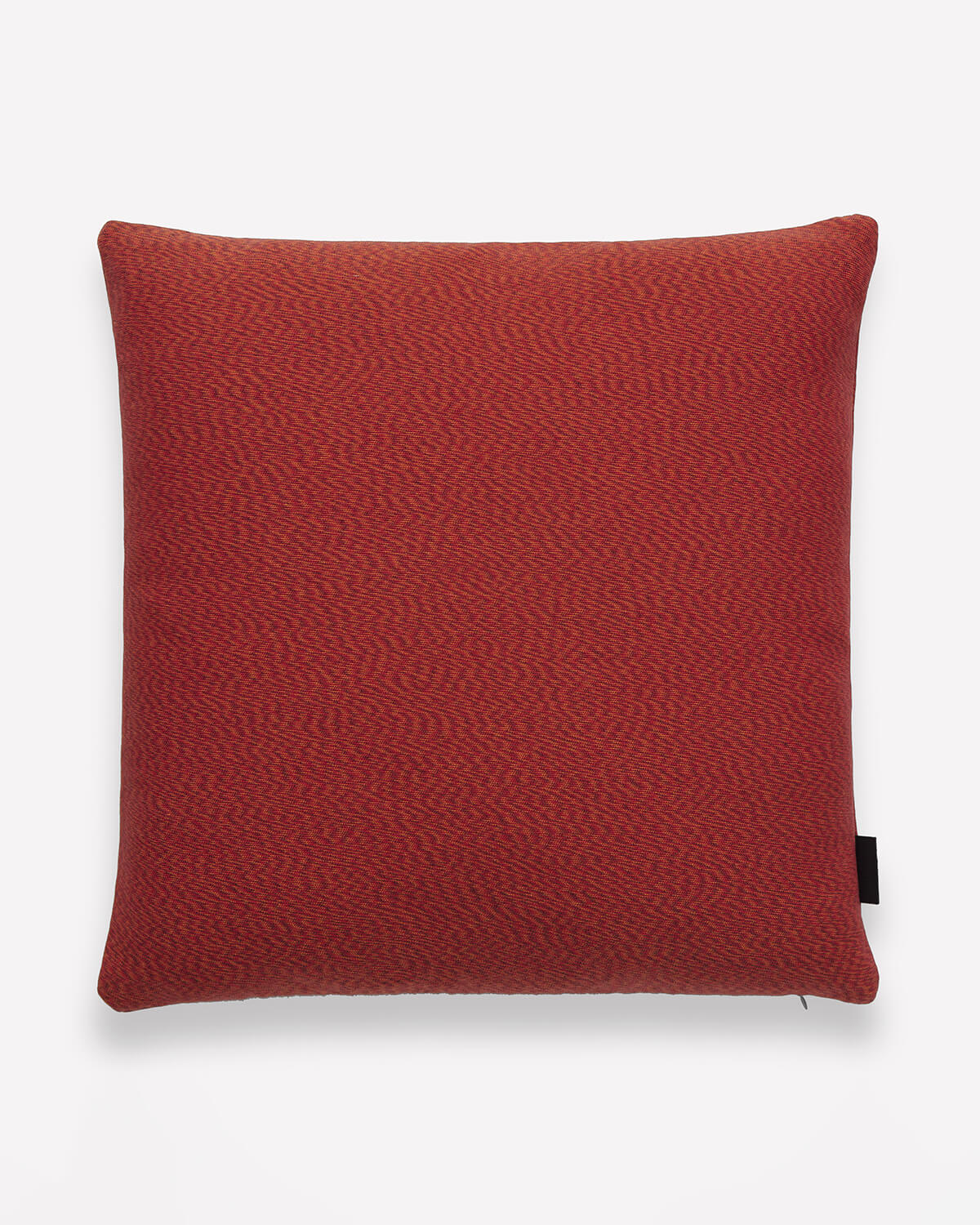 This proclivity for material experimentation, strengthened by an innate ability to find artistic value in everyday objects and an interest in the architecture of textiles, has resulted in thoroughly original approaches to structure, pattern and colour. Pot manages to give soft surfaces a surprising integrity and hard surfaces a remarkable degree of malleability. It’s also why New York textile-maker Maharam teamed up with the Dutch designer to collaborate on a new collection of two upholstery fabrics (Twist and Shake) and two rugs (Hustle and Floss). 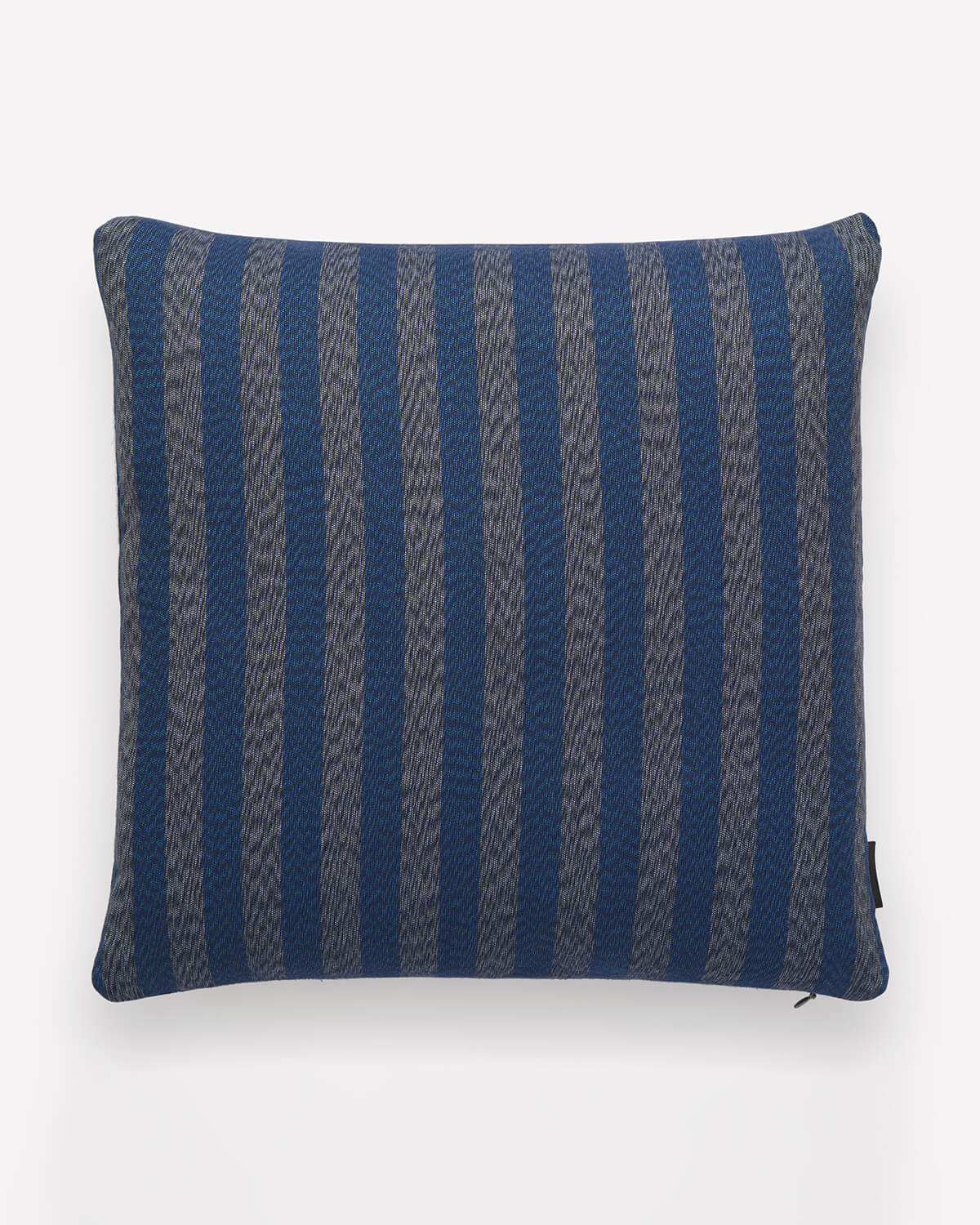 With stripes in alternating opacity, the Shake fabric has an energetic movement. 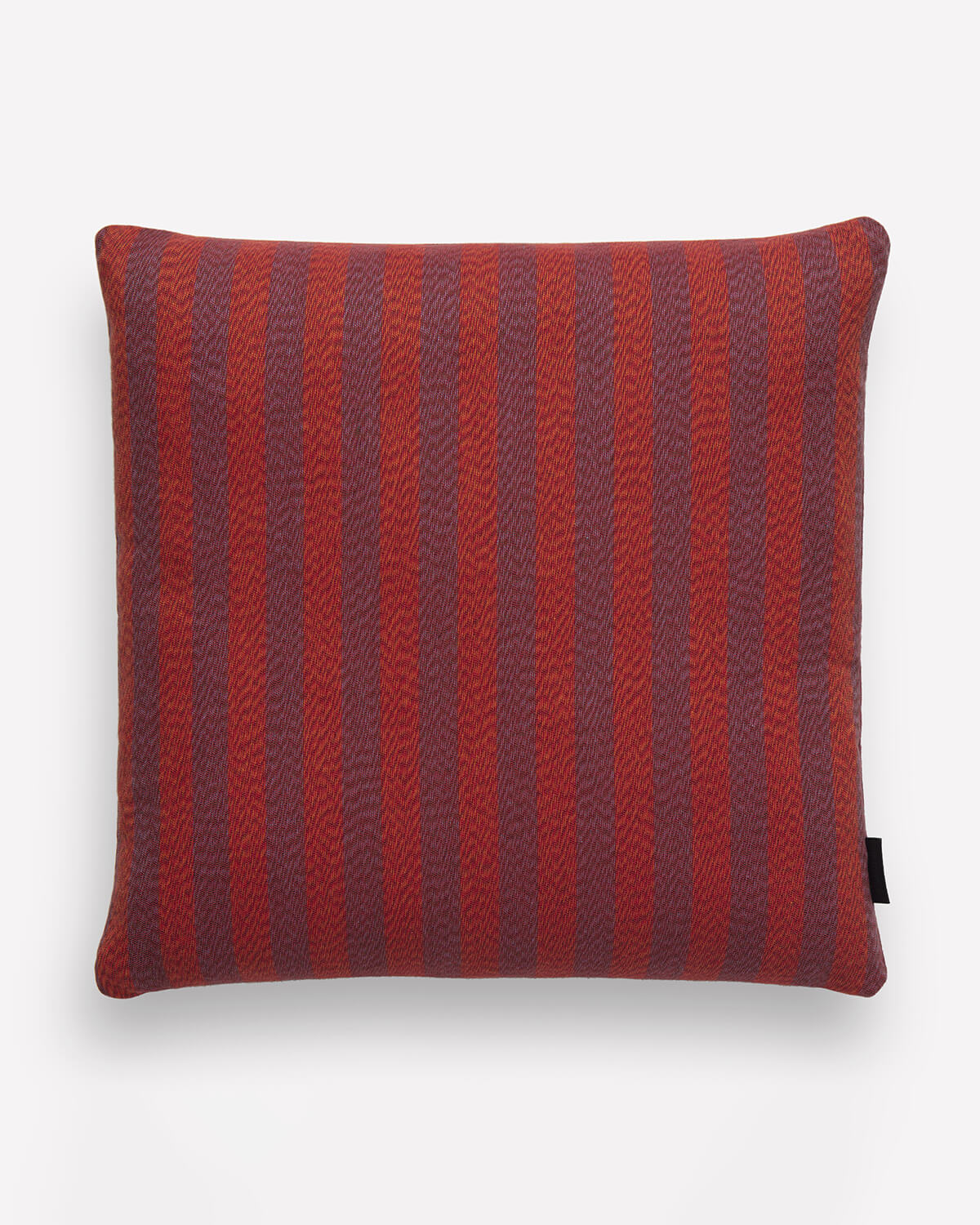 Investigating “structural pattern rather than embellishment to form,” Pot applied the Shaker principles of material simplicity and repetition to decorate the upholstery fabrics and rugs through their construction instead of after-the-fact adornment. Using advanced mechanical techniques and colourful yarns he created the zigzags, swirls and spirals that give the collection its wonderful vibrancy. 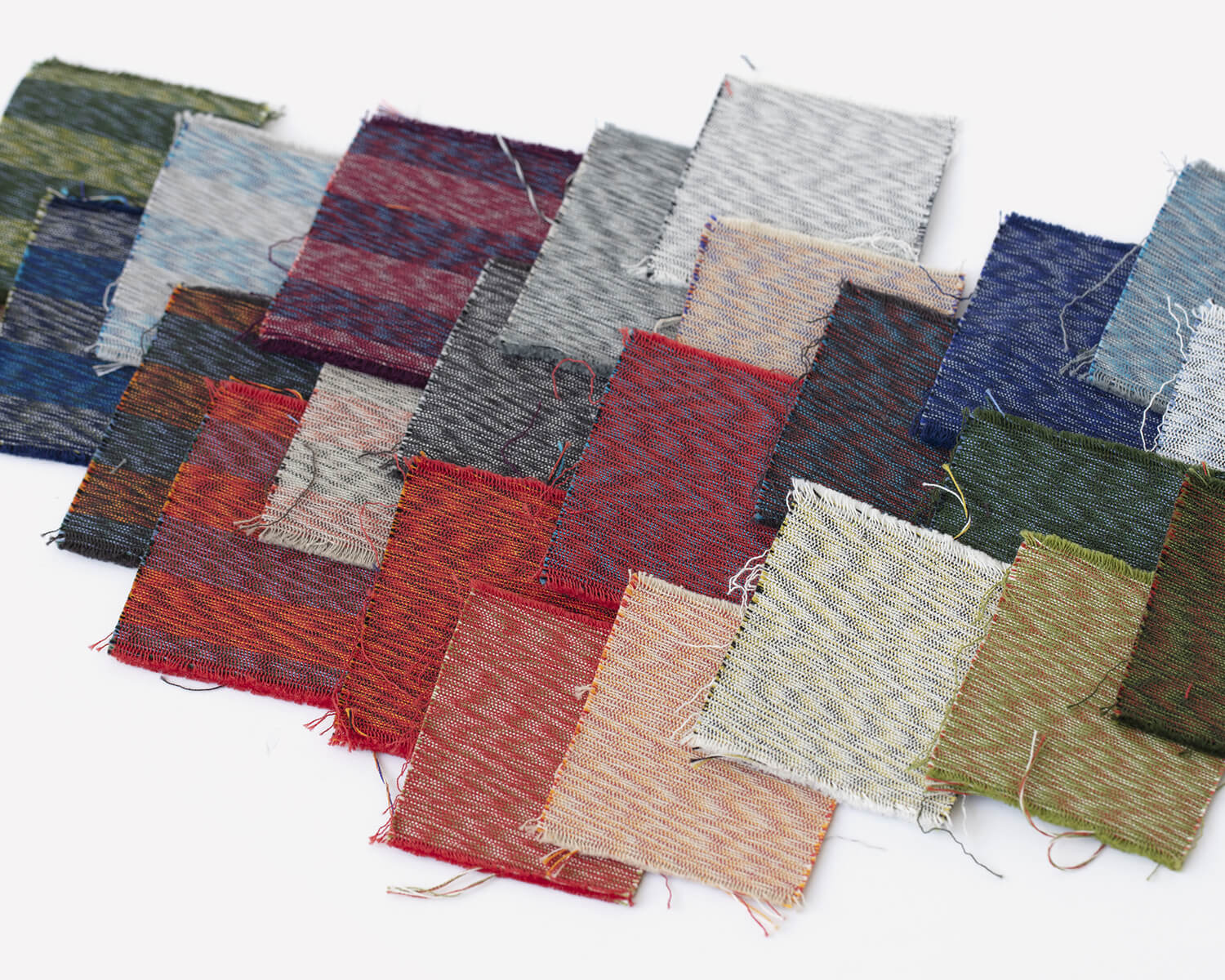 For both the Twist and Shake upholstery fabrics, Pot chose a flatweave and dense warp technique, giving a deep tonality and “kinetic” ripple effect to each pattern: Twist (in 16 colourways) incorporates a tritone plied yarn and contrasting warp to create a complex and irregular moiré that seems to almost vibrate with energy; Shake (in eight colourways), on the other hand, reframes the same yarn-twisting technique using two different colour groups of yarn, to achieve alternating stripes with vivid clarity. 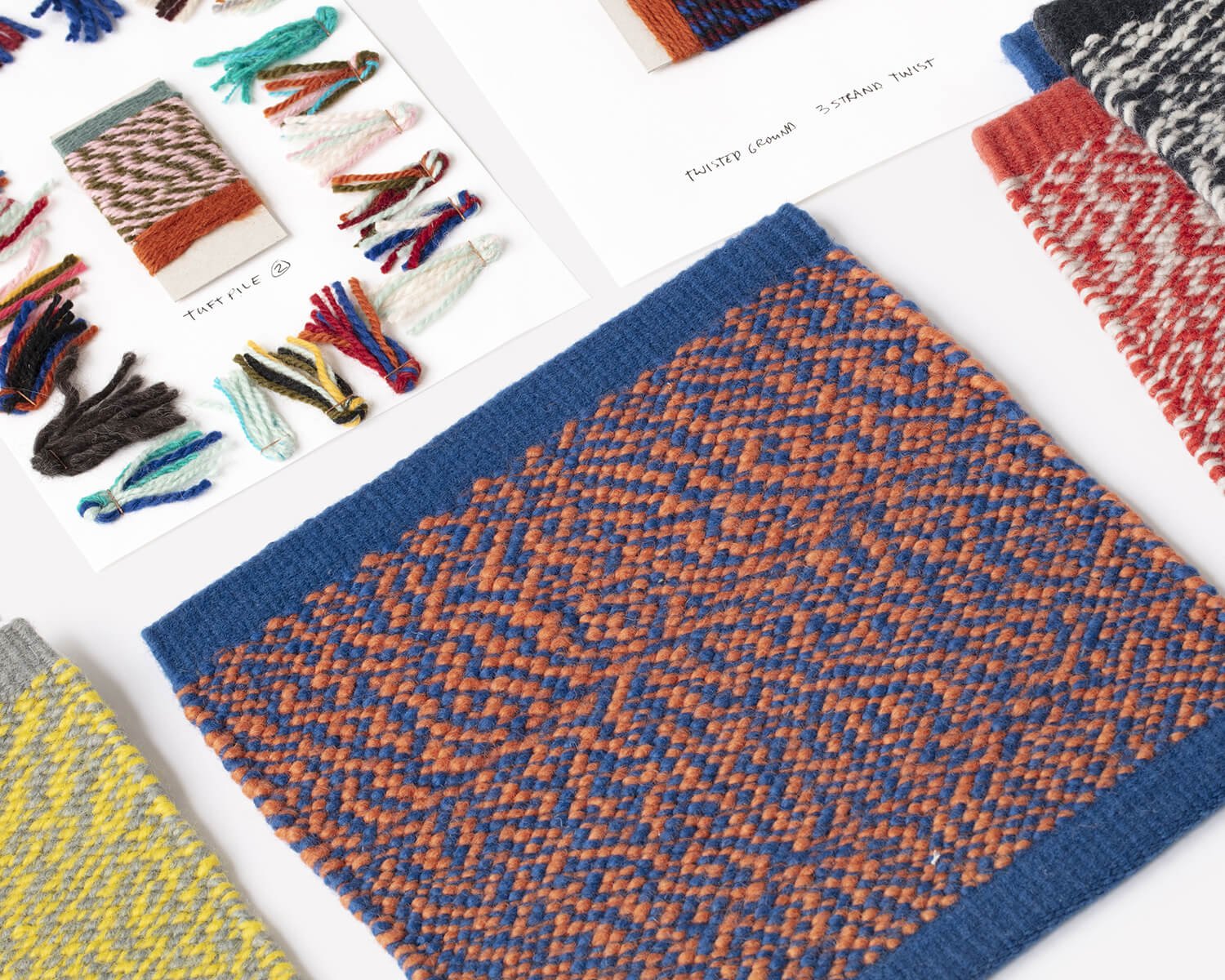 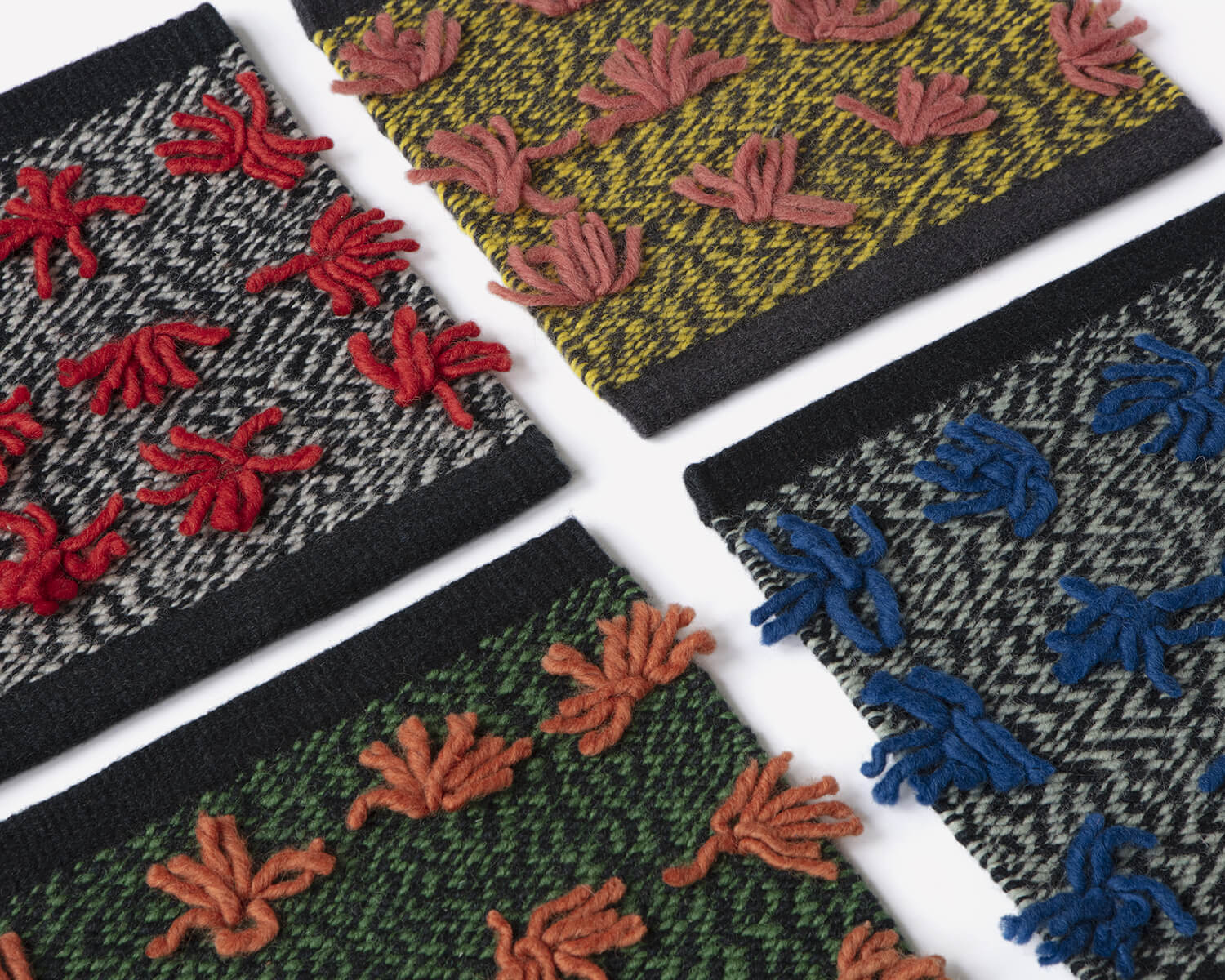 Once again applying this yarn-twisting method to his two rugs, Pot created the handwoven Hustle in duotone wool (in eight colourways) to give it the same high-contrast sensibility as the upholstery fabrics, while also emphasizing natural textural fluctuations. With Floss (in four colourways), Pot interprets traditional hand-knotting techniques, placing evenly spaced tufted knots across the handwoven surface, giving an inviting tactility across its gridded expanse.