A Beautiful Public Washroom in an Edmonton Park
This mirrored pavilion in Edmonton's Borden Park, by gh3 of Toronto, turns the call of nature into an art excursion. 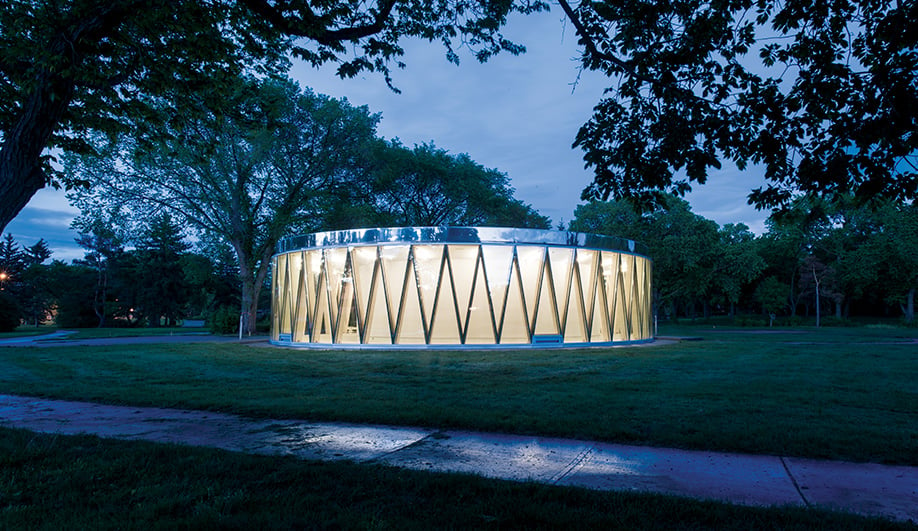 V-shaped trusses define the public facility’s drum-shaped form while evoking the carousels that once attracted visitors to the park.

During Edmonton’s first economic boom during the first years of the 20th century, Borden Park buzzed with concerts and amusement park rides. But the roller coaster stopped twisting and the masses stopped coming long ago. Once situated at the city limits, this classical English landscape park now stands amid the urban core, 22 hectares wedged between a freeway and a casino parking lot.

Until recently, it was seldom acknowledged, but as part of a larger revitalization plan designed to lure residents back to the park, the city commissioned new public washrooms within a stunning rotunda that summons memories of those once-vibrant carousels. 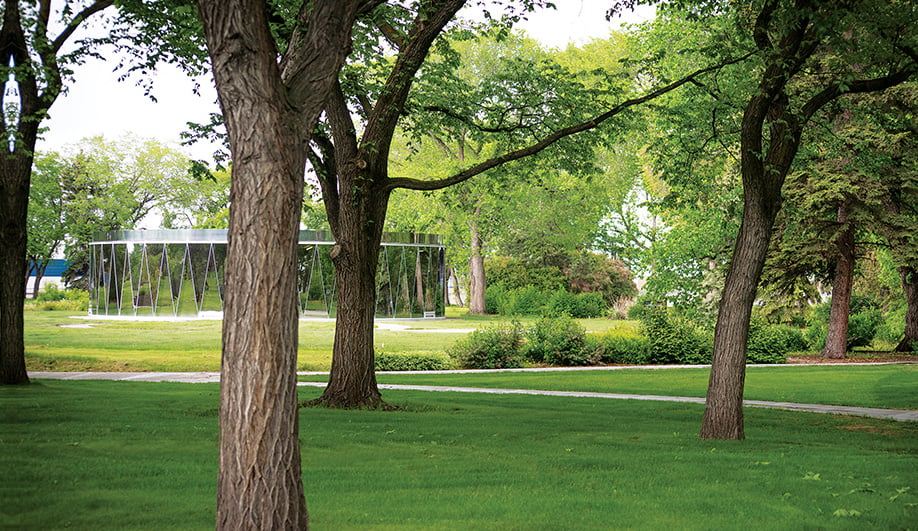 Outside, the reflective cladding camouflages the pavilion among the trees, while the floor-to-­ceiling glass inside provides 360‑degree views.

Designed by gh3 of Toronto, the single-level pavilion sits on a circular concrete pad, framed by 92 V-shaped trusses made from laminated Douglas fir. To decrease solar gain, Vitrum Industries’ highly reflective glass was installed, camouflaging the building to the point where it almost disappears among the trees. “It has all sorts of qualities from dawn to dusk, depending on what’s reflected,” says principal architect Pat Hanson, “and depending on how the sun hits it.” 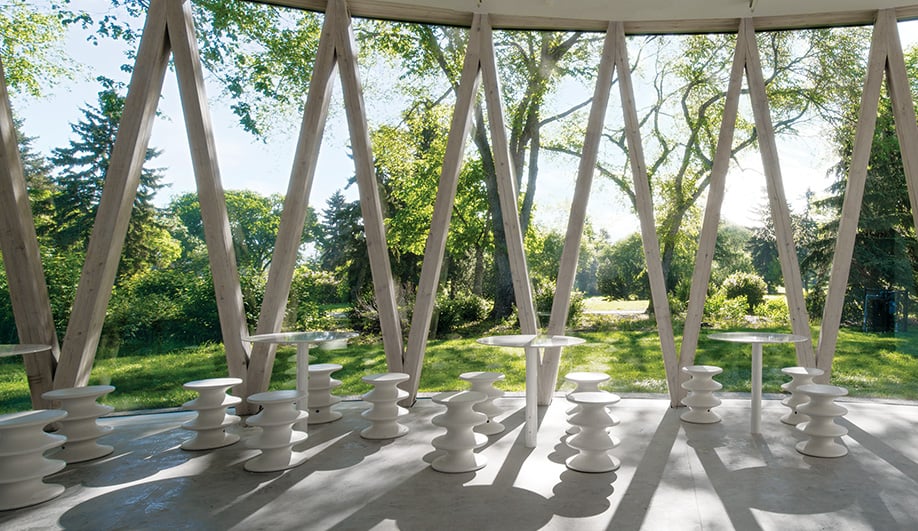 Inside, the architects placed the washrooms at the core, leaving an uninterrupted route around the perimeter. On one side, the corridor widens to accommodate a grouping of wooden stools, which provide an inviting spot for peaceful contemplation of the scenery. Although the pavilion is locked at night, the stools are bolted to the floor, and the washroom mirrors are made from polished steel, making the facility virtually vandal-proof. 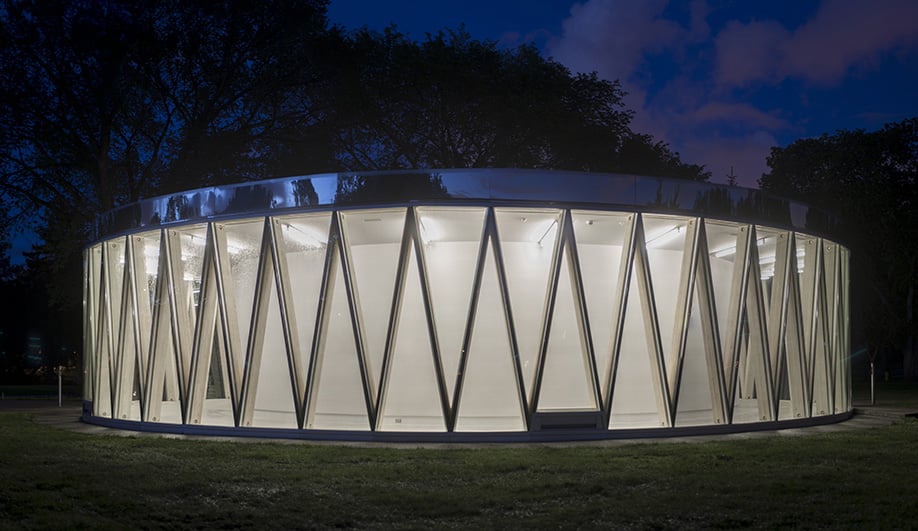 Those familiar with gh3’s previous projects will recognize one of its signature moves: a fusion of the picturesque and the geometric. Exposed angular lines were used to contrast as well as enhance the natural surroundings. To extend the pavilion beyond its singular drum form, three landscaped rings are joined in a composition that is reminiscent of floating soap bubbles.

This sleek new washroom, one of the firm’s four current projects in Edmonton, stands as a striking improvement on the typical concrete options, and a sign of outstanding design to come. As the provincial capital undergoes yet another boom, it is reinventing itself architecturally – “crawling out of the shadows of ugliness,” as one newspaper put it. “It’s a young city trying to do good work,” says Hanson. “There are lots of constraints, but there’s also enthusiasm, not cynicism.”