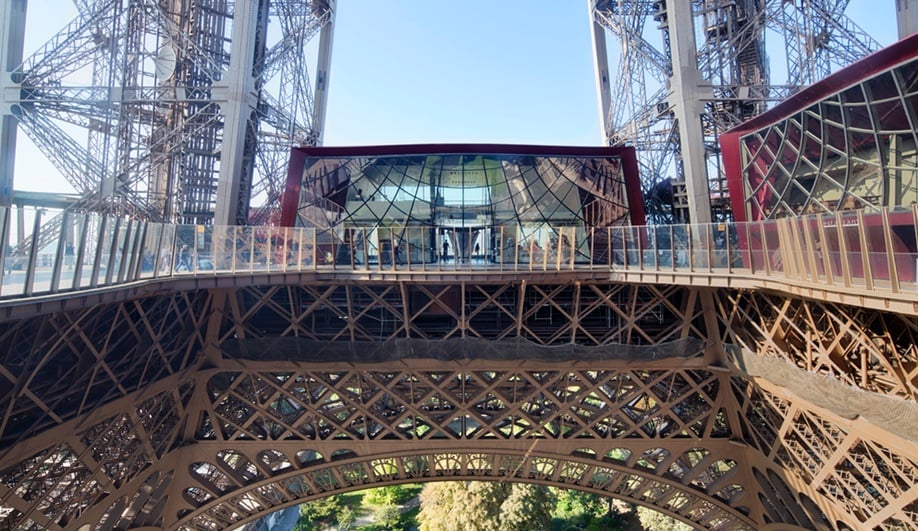 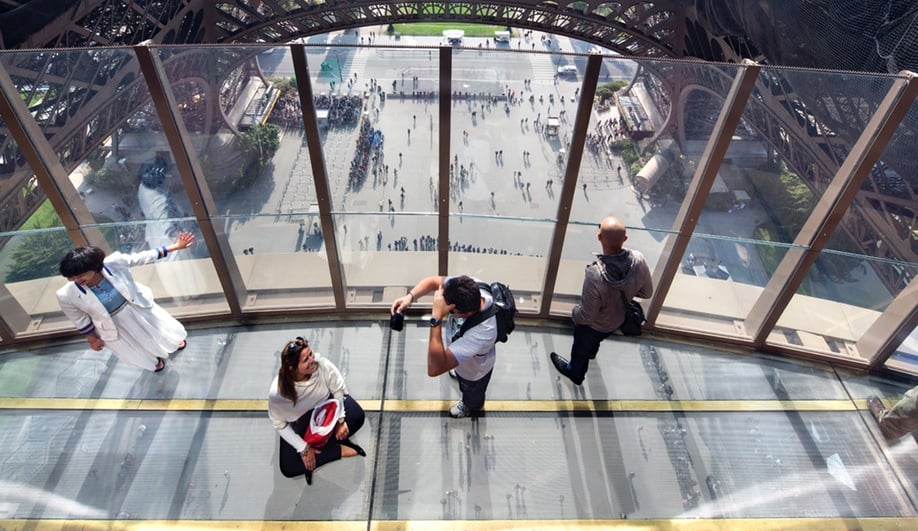 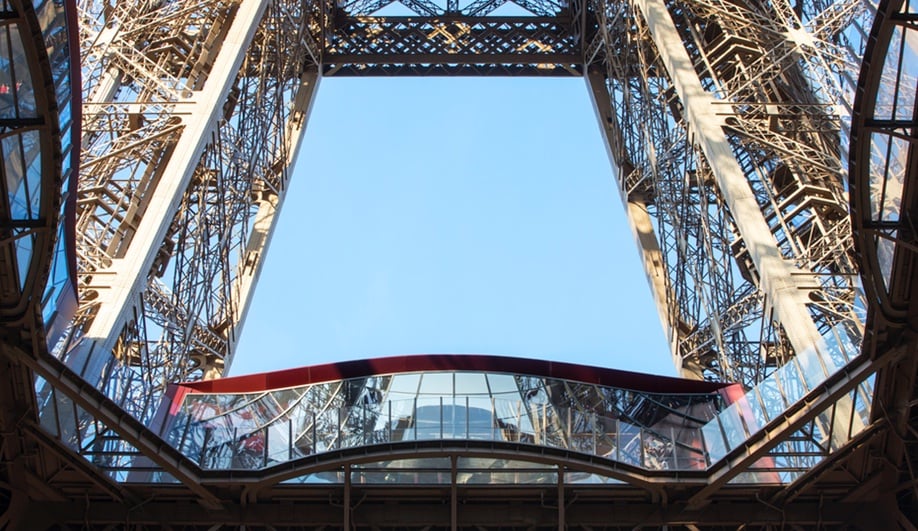 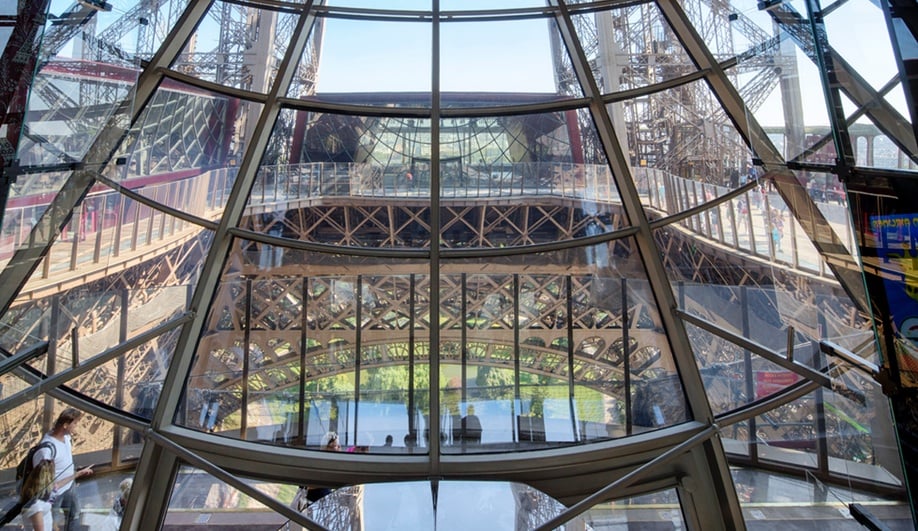 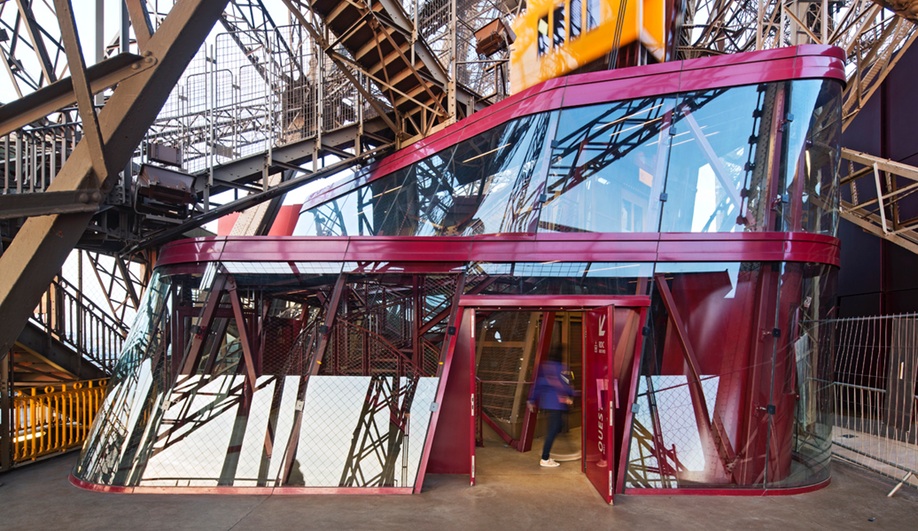 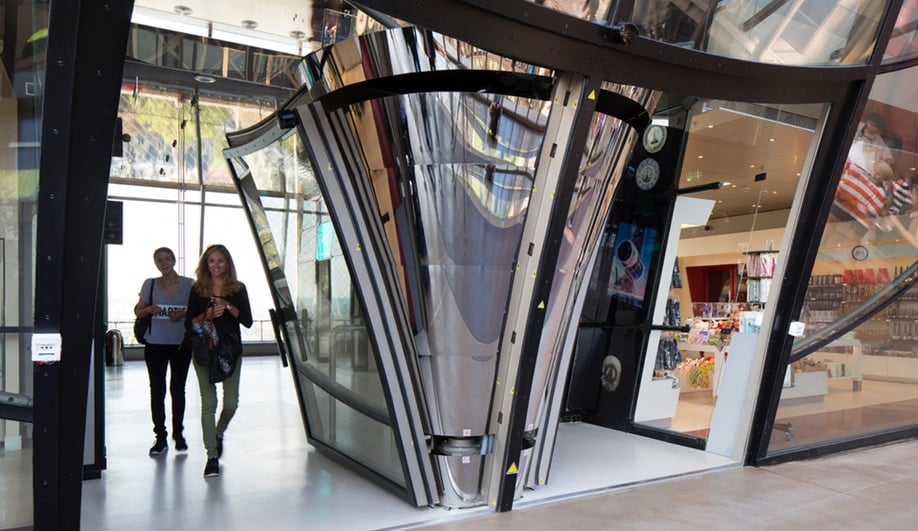 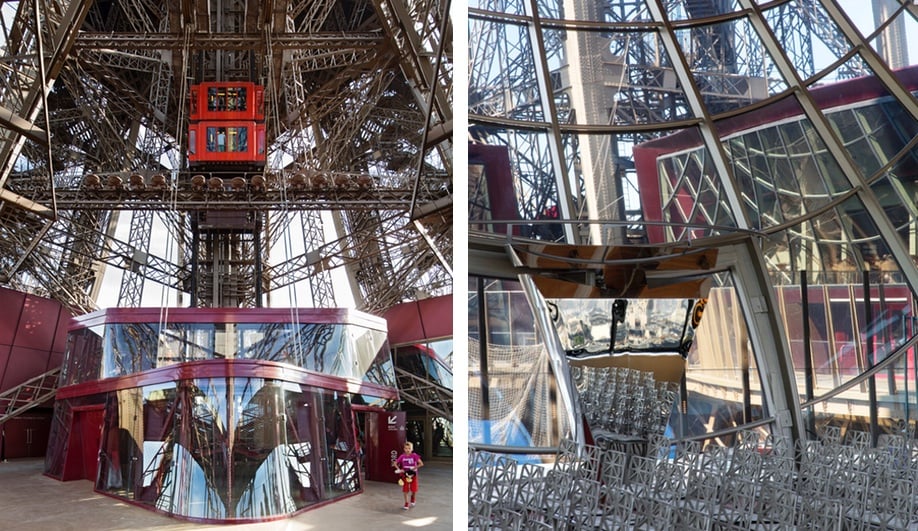 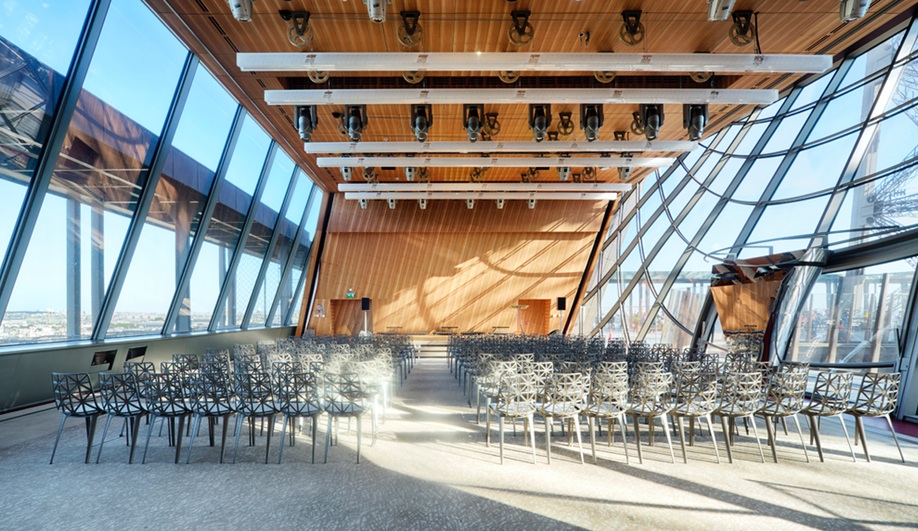 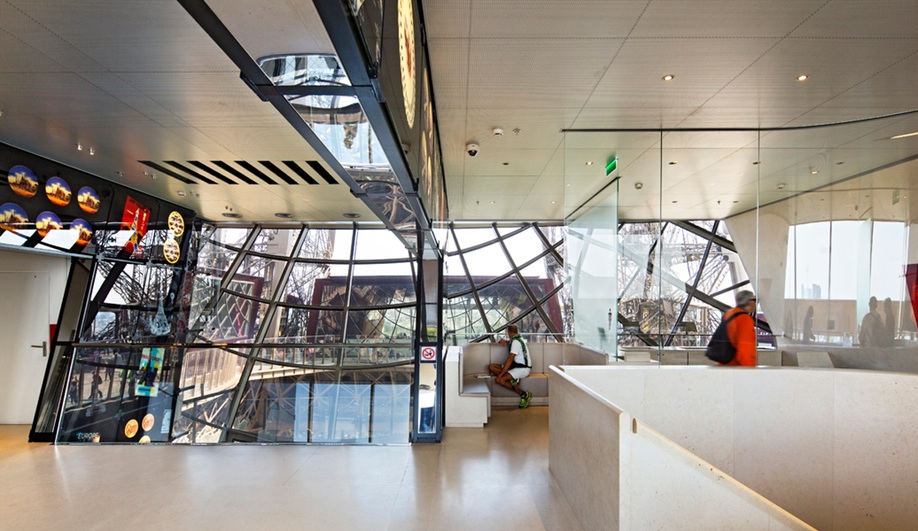 When the Eiffel Tower was erected for the Paris World’s Fair in 1889, it was intended to stand only 20 years, and easy demolition was a key element of the brief. So it’s no surprise that the original designers, Maurice Koechlin and Émile Nouguier – engineers, not architects, at the firm of Gustave Eiffel – made little effort to equip the tower as more than an observation deck.

Neither could have known that the Iron Lady would still be up 125 years later, and continue to serve as a communications tower and inspire as an architectural icon. The number of its annual visitors has swelled to nearly seven-million each year, with daily traffic equaling that of Dubai’s busiest metro station. Although incremental changes have been made over the years, the most significant in nearly three decades has been the complete refurbishment of the three-level tower’s first floor.

In the two-year renovation process – during which the tourist destination remained open – Paris firm Moatti Rivière reconstructed two pre-existing pavilions and re-clad a third. Bringing the 19th-century landmark into the 21st century, this trio of modern red boxes with bulging glass walls is virtually invisible from outside to preserve the building’s iconic profile, which single-handedly defines the Paris skyline.

The rebuilt Eiffel Pavilion now houses an event space for up to 300 people. And the two-storey Ferrié Pavilion is home to a gift shop and cafe on the lower level; above, rest and viewing areas include an immersive multimedia show that employs multiple projectors and screens to tell the tower’s stories. The 58 Tour Eiffel restaurant, meanwhile, has been fitted with new walls that match those of the other pavilions. Inspired by the iron pillars below, the pavilions’ glass curtains lean into the open cavity that overlooks the ground, at a 57-metre drop. The walkway surrounding this inner core has also been updated with transparent flooring that swells inward, intruding into the space by 185 centimetres at its widest point.

Achieving full accessibility throughout the interior was critical to the redesign. Physical barriers have been labeled or removed, lighting improved, and floors given anti-slip surfaces. Elevators can now shuttle guests between the different levels of the pavilions, and ramps have been added to connect different sections of the interior. Even the exhibits have been designed with the visually impaired in mind.

The energy-saving features, though invisible, are remarkable in a retrofit of a building of this age, and include sun protection to reduce heat gain, energy-saving LED lighting, a rainwater recovery system that feeds into the toilets, and 10 square metres of solar panels – enough to supply roughly 50 per cent of the pavilions’ water-heating needs. Soon, two wind turbines added to the second floor will provide 10,000 kilowatt-hours of power annually.