How Do You Engage People In Urban Planning?
Community PlanIt, a game where winners fund real-world causes, is one playful option. We asked one of its creators how it works. 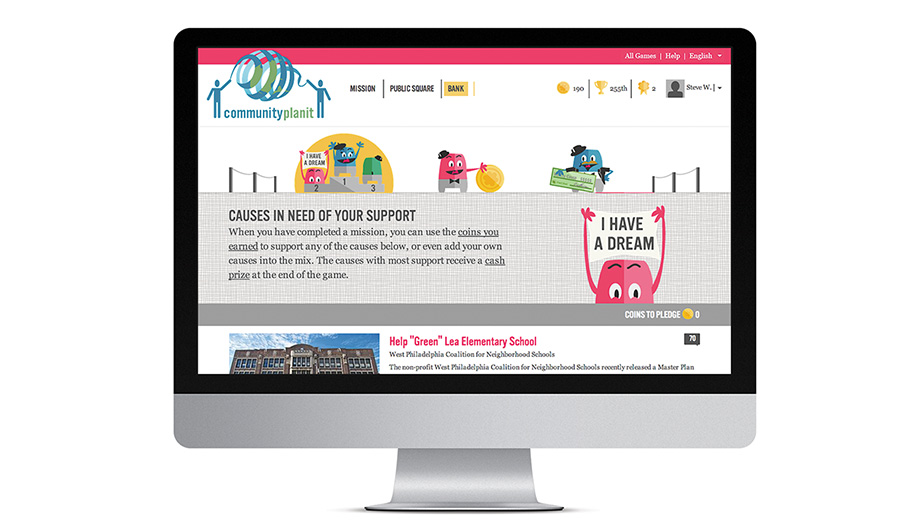 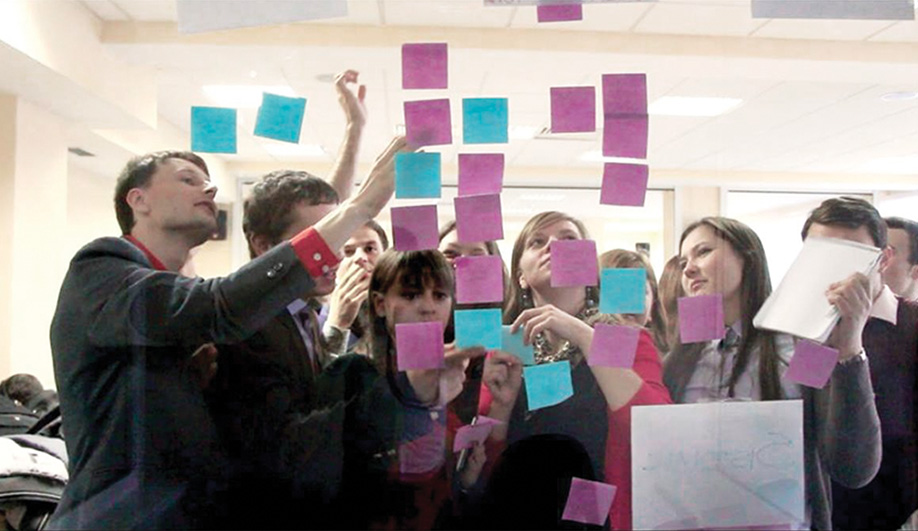 Eric Gordon, a media arts professor at Emerson College in Boston, heads up Engagement Lab, which designs online games to make civic engagement more fun. One of the lab’s biggest successes is Community PlanIt, which rewards players with virtual coins that can be turned into real-world money destined to fund local initiatives, such as painting public murals or building community gardens. We spoke with Gordon to find out how it all works, and why urban planners should take gaming seriously.

How did you make the connection between urban planning and online games?I was thinking about how to use digital media to influence the way people experience their city. I started by experimenting with platforms like Second Life (where players build a fictional world online), and I began to figure out how games could be used as a tool to change the way people understand and participate in urban issues. We launched interactive environments where users could talk to one another, but we realized that most people don’t have the vocabulary to talk about urbanism. That led to considering games as a method to facilitate and enrich these conversations.

How do you play Community PlanIt?
Through an online platform and real-time workshops. Our team sets up the game, which takes place over three weeks, and each week a given mission ends. This means that all of the players engage in the same conversation over the course of that week. We’ve had games that centre on urban planning, youth employment and transportation policies – very different issues. During the game, people answer issue-related questions. To do so, they have to get past certain barriers – we call them “crats” (short for “technocrats”) – then they move to the next level. This creates a learning scaffold, so participants learn more about an issue as the game progresses.

How does the game generate real money?
The ultimate goal is to get local causes funded. Individual players win coins, which they can invest in real-world money to support a specific cause. We put tangible incentives into the system, because with most policy planning issues the results are very long term; we’re talking years. That kind of time frame doesn’t exist with young people. If your cause wins, you get $1,000 to do something socially positive with it, such as support a local argicultural community or revitalize a neighbourhood with a new mural.

What was one of the more interesting projects to receive funding?
We had a 13-year-old in Massachusetts who wanted to create what he called an algae drone that would fly over Cape Cod and photograph algae growing in waterways. His plan was to put it online as a resource. Within days, he had rallied about 100 investors. When we found out he was only 13, we weren’t sure about just handing him the money, so we gave it to his science teacher, who vouched for him. The kid actually built the drone.

Why does the game last three weeks?
We tried different durations, and that seemed to work best. The story unfolds over the course of the three weeks, so it’s like a play in three acts. You also need the game to end. Time frames add drama and tension. If it goes on indefinitely, there is nothing at stake.

There are workshops, too, where players can interact directly. What value does that add?
Some people are more comfortable participating that way, and younger people prefer being online. That 13-year-old in Cape Cod, for instance, wouldn’t have shown up to a public meeting, yet he provided incredible content online. The game enables us to reach many users at once. We couldn’t get the same numbers with a bunch of face-to-face meetings. When I started doing this, I questioned the power dynamics inherent in public meetings and why some people don’t speak up. It’s for various reasons, including gender, age, race, ethnicity, language. In the U.S., planning meetings are held in English only, so the online component gives us a chance to shift that dynamic. As well, people can play whenever it’s convenient.

Do you think games can make our cities better places to live?
I wouldn’t say games can change the world, just like I wouldn’t say a hammer can change the world. We think of games as a tool, one of many. You wouldn’t want to build a house without a hammer, and you shouldn’t be doing these kind of urban planning processes without considering games as an option. It’s a tool we have now, and it should be used.