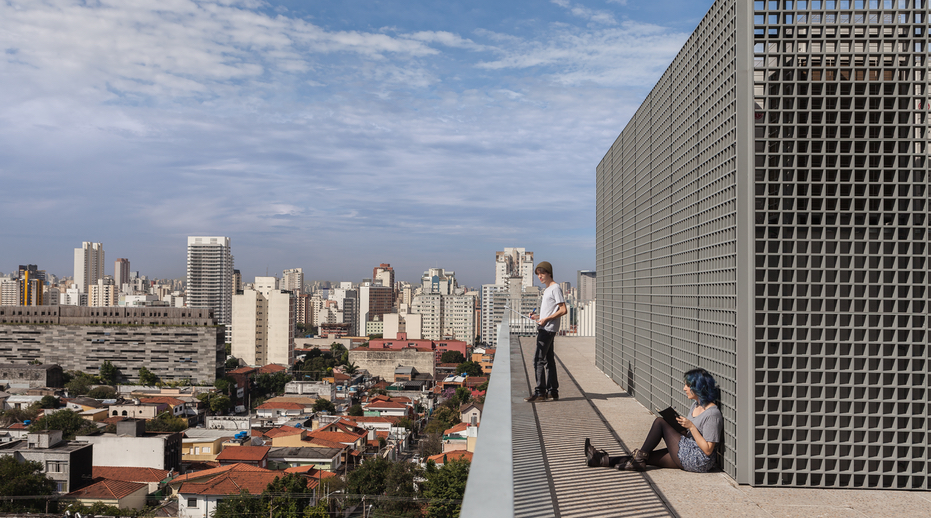 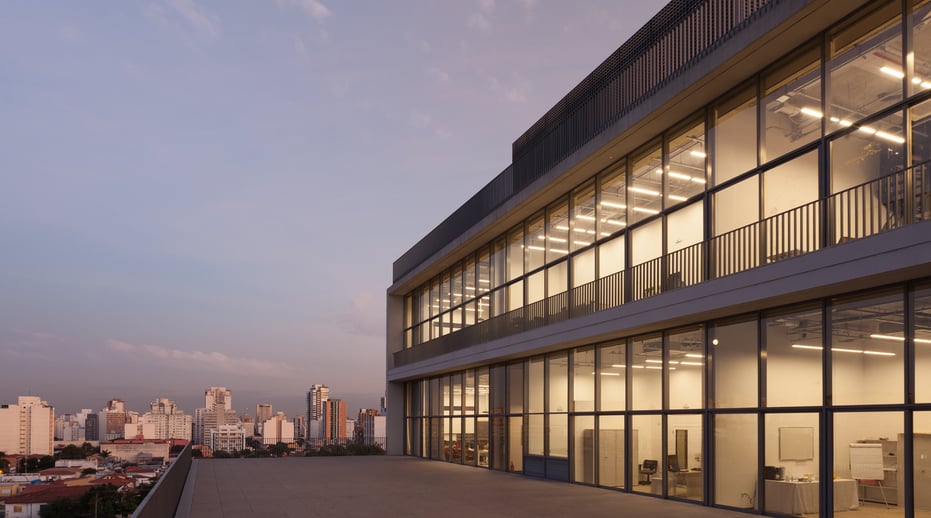 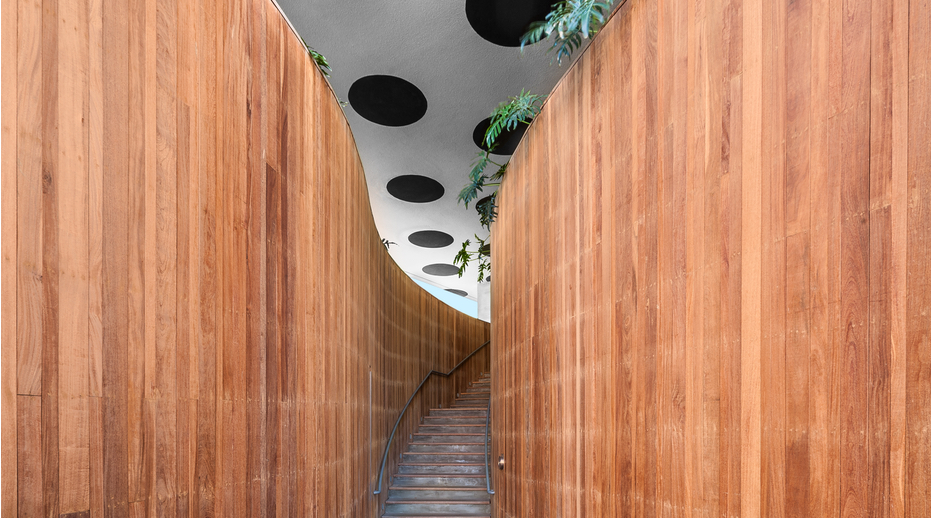 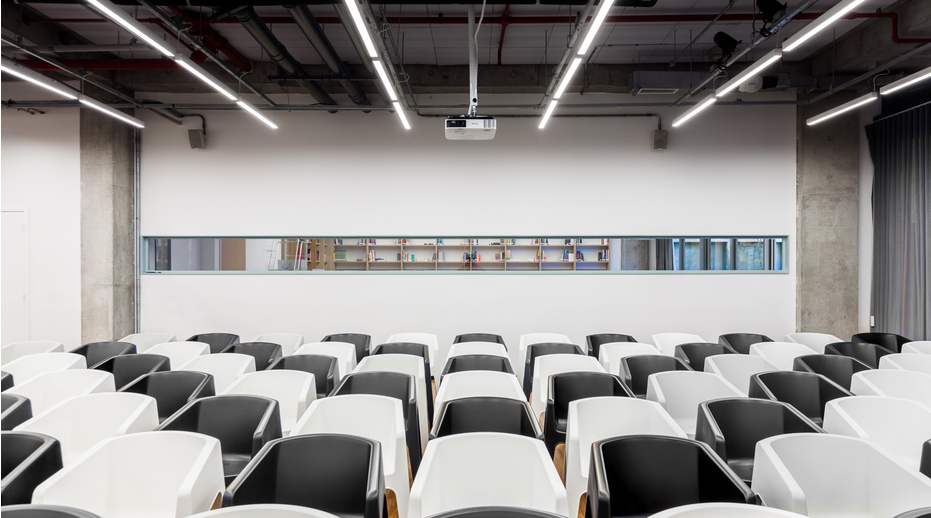 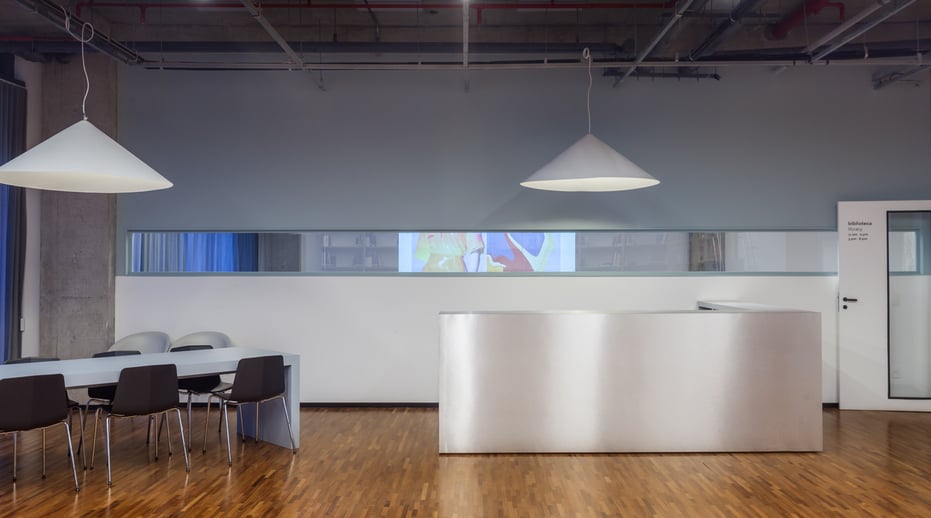 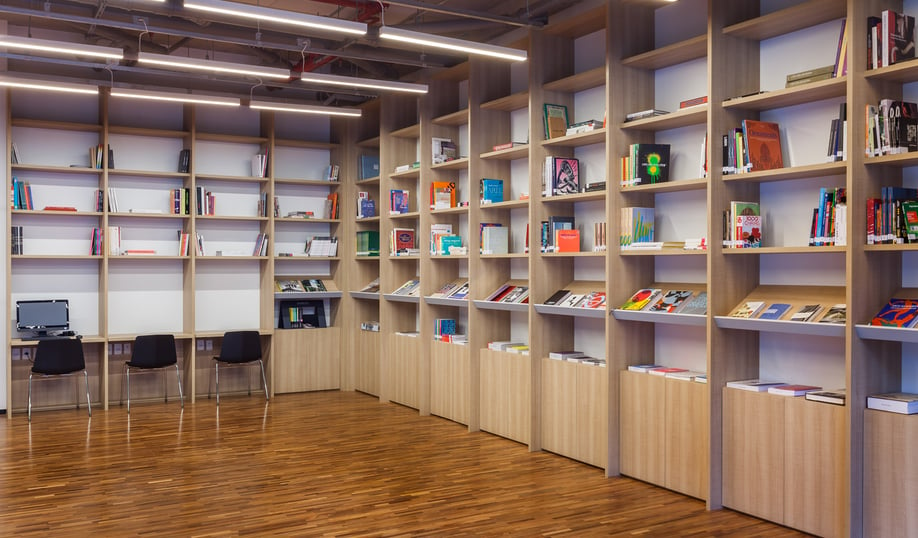 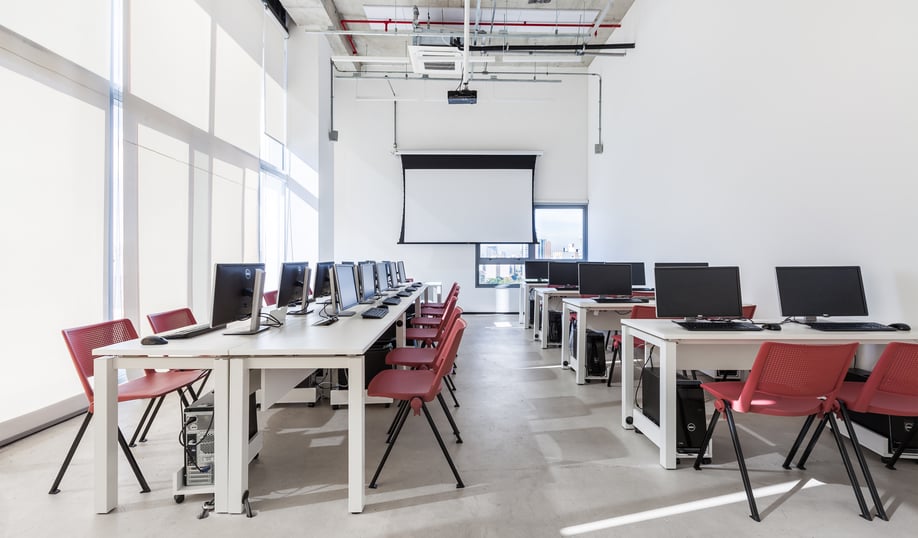 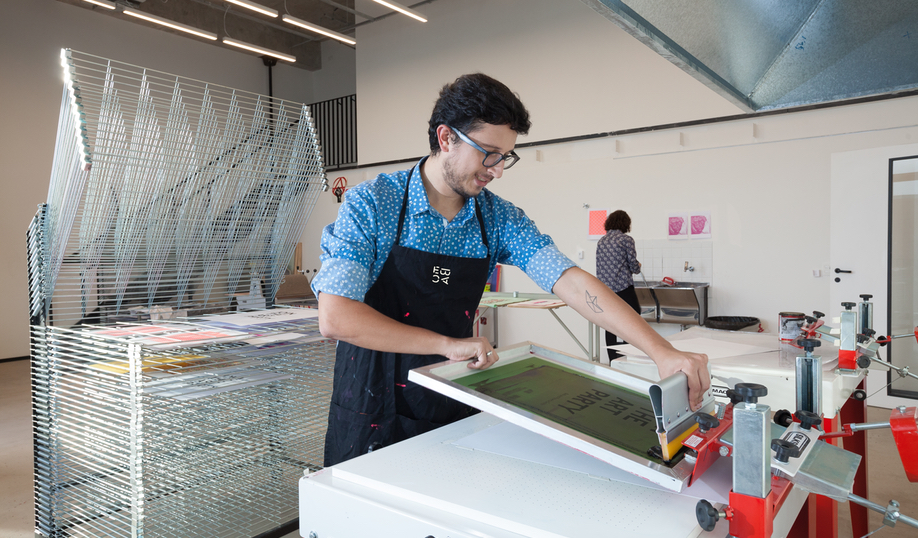 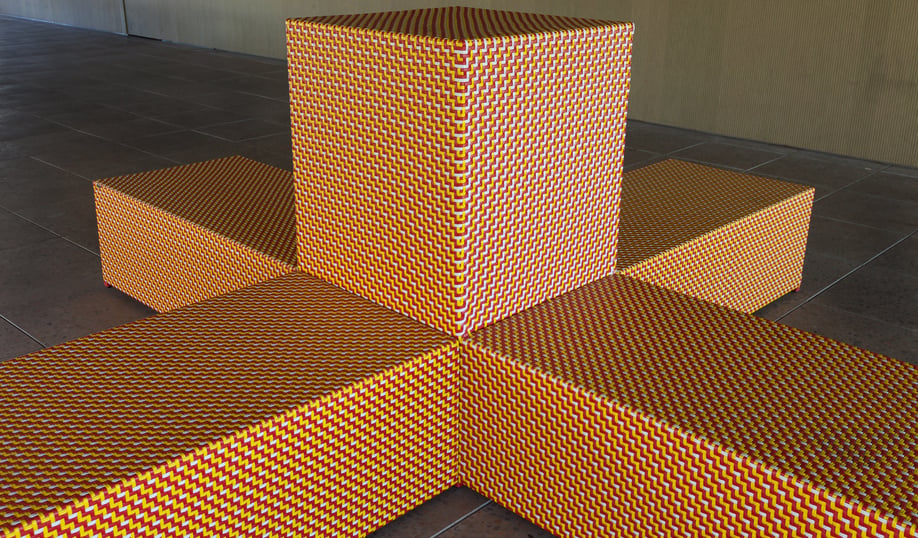 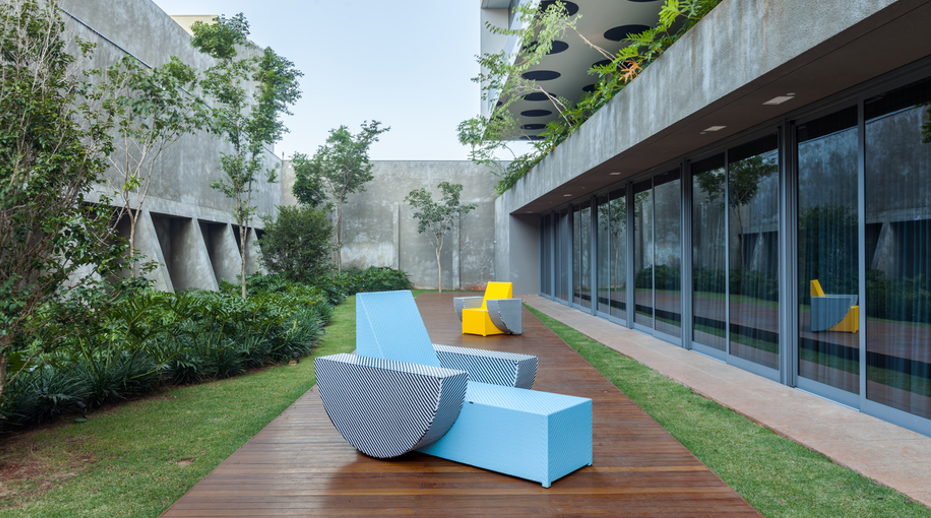 Today’s creative workplaces aspire to blend work and play within a single environment. So it’s only fitting that Escola Britânica de Artes Criativas, a São Paulo school meant to prep students for the creative economy, is made to emulate a playground. Set in Vila Madalena, a neighbourhood known for its street art, the post-secondary school is an understated glass structure sitting atop an undulating wood podium. But the real fun begins inside.

Enter the 2,800-square-metre building and you’re greeted by a reception area (above) defined by what looks like well-placed objets d’art. In reality, the pink monolith serves as a reception desk, the glass and gold frame is a bulletin board, and the concrete block and stepped podium serve as benches. The illuminated ceiling grid was made by combining LED sticks.

“[The shapes] make you stop and question why they are there,” says the firm. “They play with your imagination.”

Graphic identity, designed in tandem with local artist Kiko Farkas, employs bold colours to great effect. While classrooms and auditoriums are left in neutral tones, accent walls in public areas are painted in bright oranges and yellows. The ceilings below mezzanine levels are also treated to pops of colour. Floor-to-ceiling glazing provides certain floors with panoramic views of the São Paulo skyline.

Form Bureau says it wanted the space to act as a blank canvas. The original building, an office complex by Brazilian architect Isay Weinfeld, had a “laconic and formal” feel. Much of the interiors reflect this buttoned-down past, featuring blank walls, unfussy concrete floors and exposed ceilings.

Even the trilingual wayfinding, despite its floor-to-ceiling scale, manages a certain subtlety.

Form Bureau configured the space with openness and transparency in mind. Administrative areas (pictured below) are wrapped in glass boxes, while spy windows allow visitors to peer into other rooms, providing a glimpse at the work being done on site. Even classrooms feature strips of glass that allow visitors to peek in.

When students need a breather, there are a variety of inviting outdoor spaces to relax in, including a terrace that sits underneath a wall of “vertical graffiti” (a ceiling painted with black and white polka dots). Visible from street level, the ceiling mural is meant to intrigue passersby and disrupt the glassy exterior. “It’s a pattern distinct from the building’s rectilinearity and undulating curves on the first level,” the firm adds.

Geometric sculptural elements, developed in tandem with Brazilian furniture designer Mac, are spread out across the grounds. The Octopus (above) uses a custom two-tone weave pattern, serving both as an abstract showpiece and a bench.

Escola Britanica’s garden, located at the rear of the building, features more geometric curiosities. Viewed from above, weatherproof chairs (below) resemble stray Tetris blocks, which makes this school a playground we’d love to visit.

SHARE
Twitter, Facebook, LinkedIn, Pinterest, Email
TAGS
Education,
AZURE is an independent magazine working to bring you the best in design, architecture and interiors. We rely on advertising revenue to support the creative content on our site. Please consider whitelisting our site in your settings, or pausing your adblocker while stopping by.