Euro Cup 2012: Inside the Stadiums
The 2012 Euro Cup begins this weekend in Poland and Ukraine. Ahead of the kickoff, we're looking at the new stadiums built for the tournament. Today: Gdansk's PGE Arena and Wroclaw's Municipal Stadium. 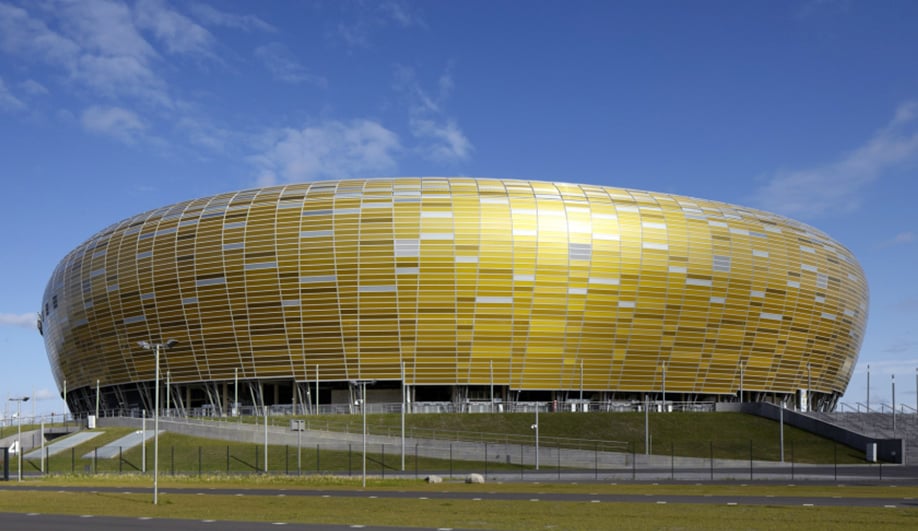 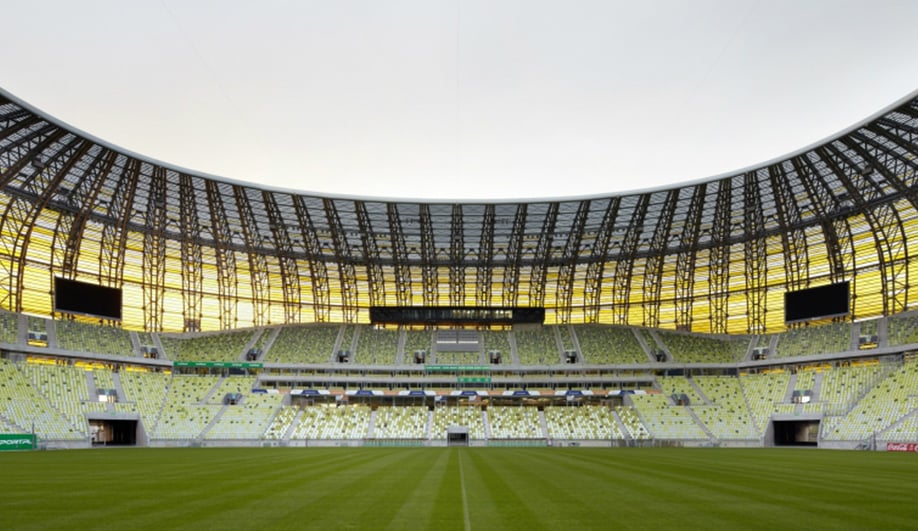 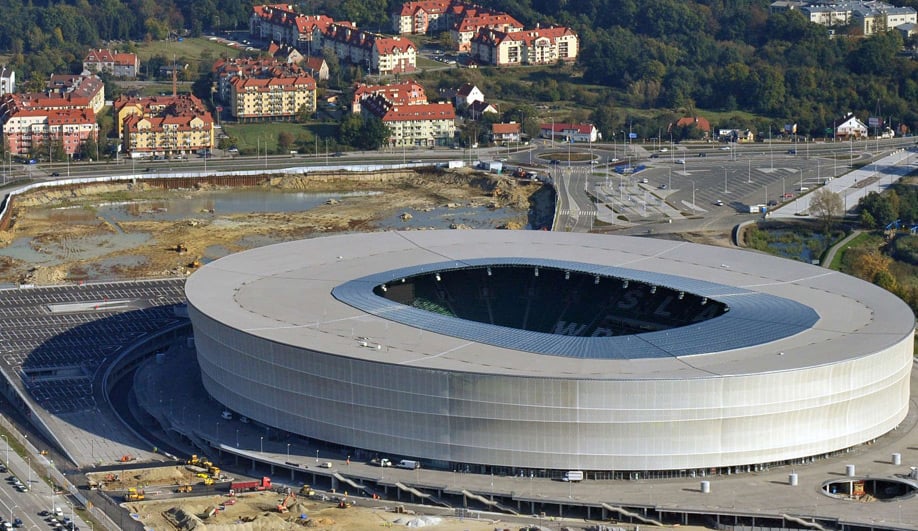 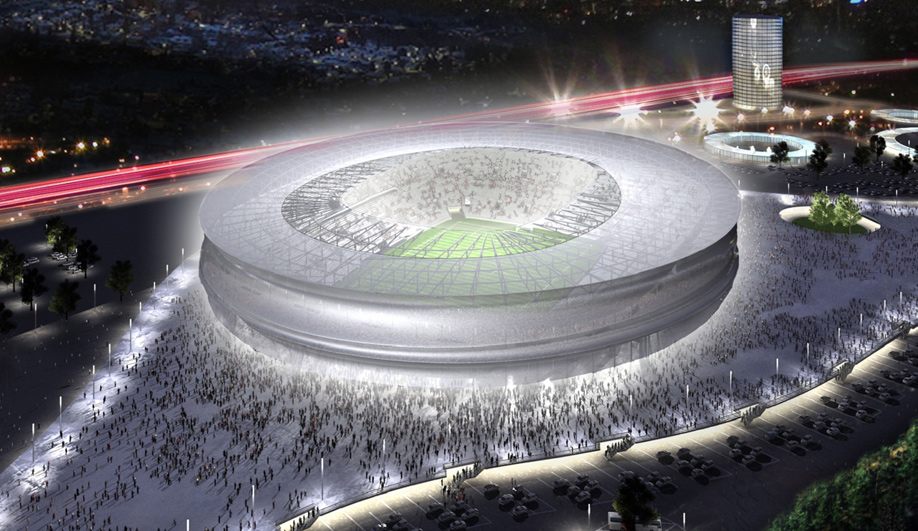 Design details: The showstopper is the shell. It’s made from 45,000 square metres of Makrolon, a high-tech polycarbonate used in sports equipment, needleless syringes and car headlights. Manufactured by Bayer Sheet Europe, the facade panels have been dyed in six tints of amber that provide a gradient illumination, earning the arena the title “Gold of the Baltic Sea.” This marks the first time Makrolon has been used for both the roof and facade of a structure.

Interesting fact: Respecting the cultural importance of the city’s shipbuilding industry, the arena’s filigree structure recalls the ribs and planking of a ship’s hull.

Design details: Resembling a traditional Chinese lantern, the stadium is cloaked in a PTFE Teflon fibre net stretched over three steel rings and concrete pillars. Beneath are six levels that include the usual amenities, such as bars, restaurants, VIP/business areas and a shop, as well as a swimming pool and a casino. The stadium is also one of seven heated by Rehau – a German-engineered radiant system.

Interesting fact: The stadium’s construction called for the development of a new tram stop and two-way line.