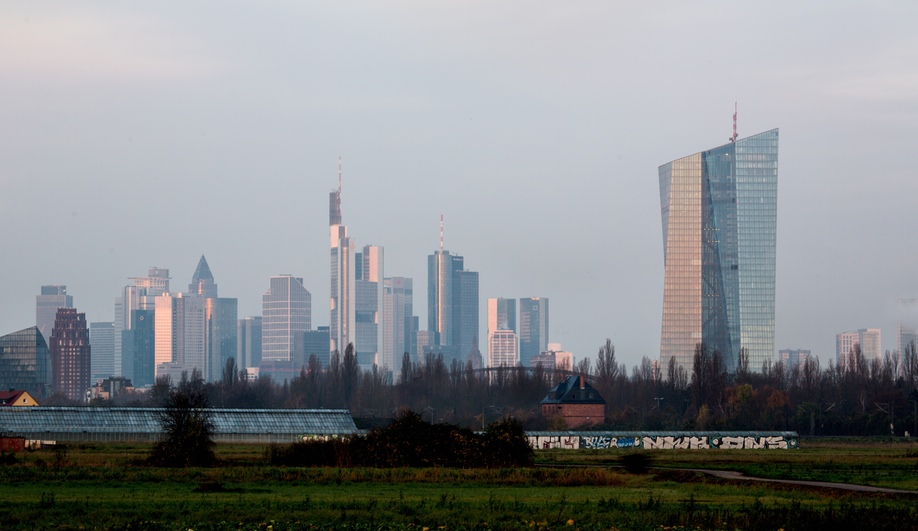 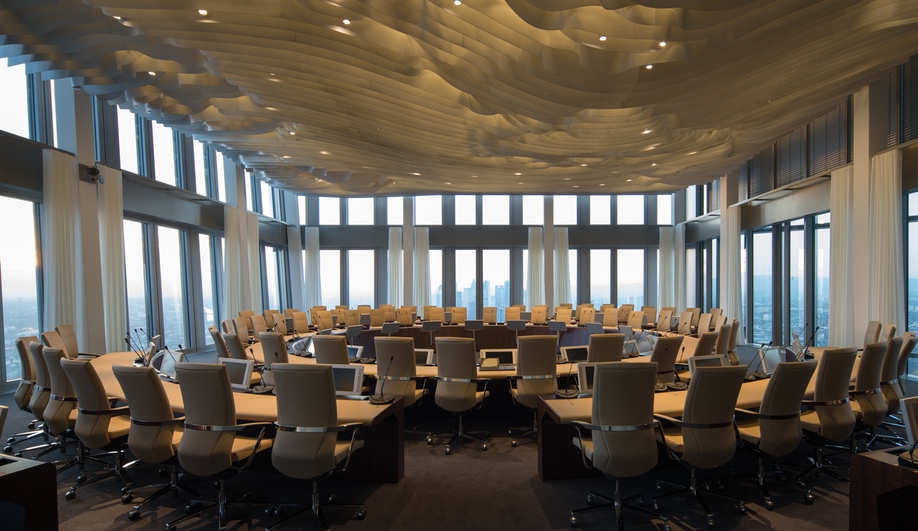 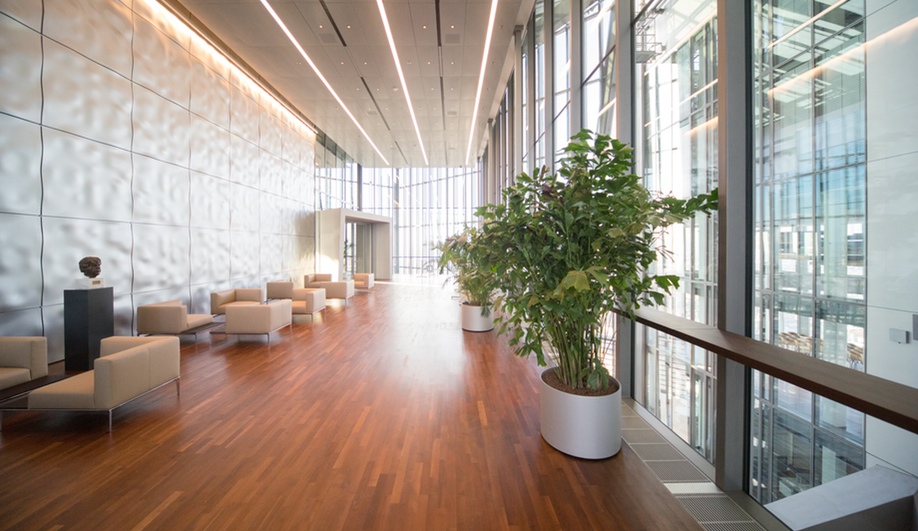 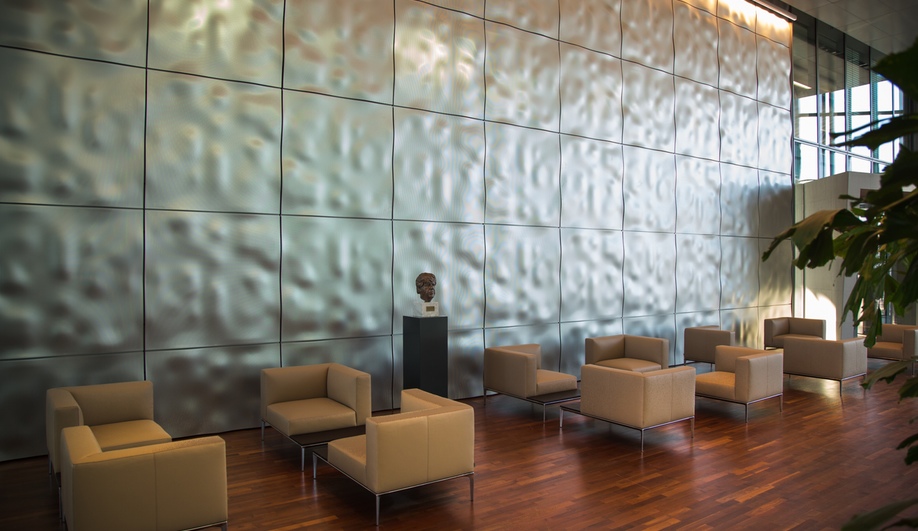 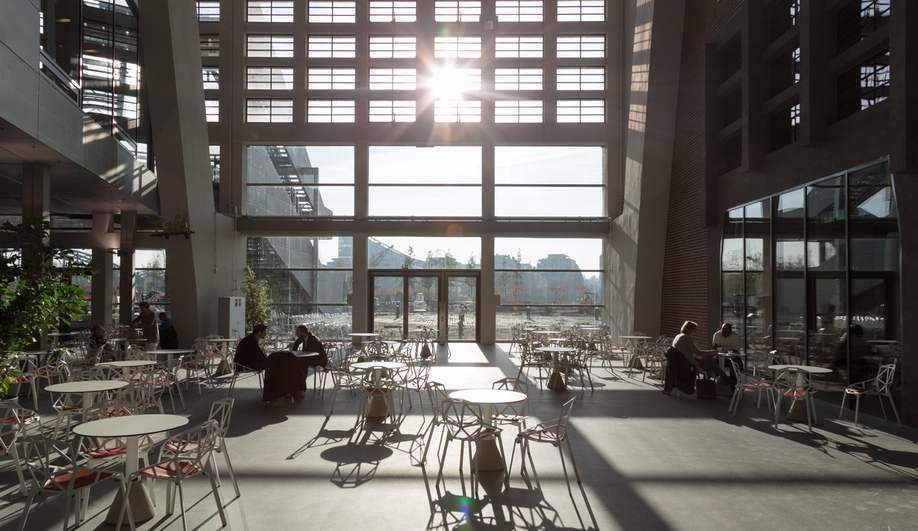 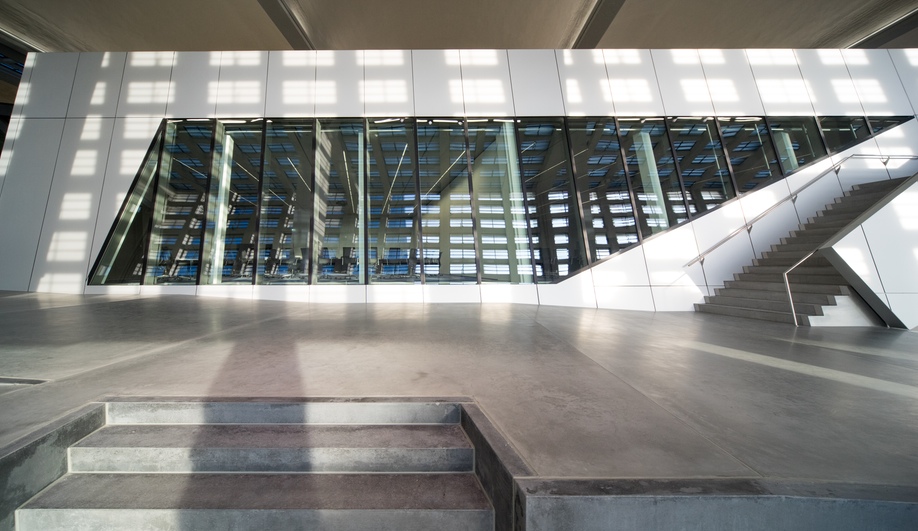 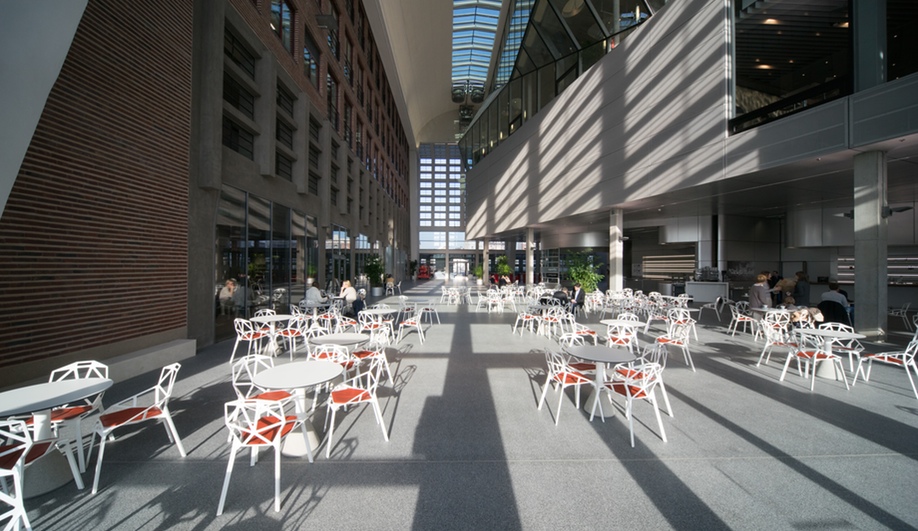 It’s more economical to own than to rent. The European Central Bank seems to think so. In 2004, it hosted an architecture competition for a headquarters that would unite its entire staff in one building in Frankfurt – hoping to save money and consolidate its operations. But when it comes to the Eurozone, things are never that easy. As the ECB states on its website, when the new premises were designed, it had not yet taken full control of banking supervision for the continent. This means that even though it now has a sparkling new tower – the competition-winning design by Coop Himmelb(l)au – it still needs to rent the Eurotower for part of its staff.

The ECB has long been trying to reign in the spending of its member countries – through unpopular austerity measures – and bolster the entire Eurozone. Its latest move is a $1-trillion bond-buying program. So controversy is built into any new project bearing the ECB name. When staff moved in last November, the press noted the building was “three years overdue and almost 350 million euros over budget.” Journalists might not be kind to the ECB, but the bank is being kind to journalists – by including a light-filled press centre in its new premises. And much more.

The headquarters takes the shape of two glass towers – the north one rises to 185 metres, the south one to 165 metres – joined by a central atrium. For an institution that promotes austerity, this is an austere building, a handsome high-rise that is also somewhat inconspicuous. Providing meeting and resting areas, the central atrium is divided into sections by platforms on four levels that ascend the tower. On the 41st floor, members of the Governing Council gather in the Council Meeting room, where they sit at a round table with views of the river and the city. Above them, the ceiling is an abstract map of Europe, made up of aluminum slats that boost acoustics and house lighting.

In addition to the new tower, the project involved renovating the Grossmarkthalle, a horizontal structure along the base of the building site that was completed by Martin Elsaesser in 1928. Given new life, the market hall houses the public areas of the ECB premises, including the lobby, the visitor centre, the conference area (with 10 meeting rooms) and the café and restaurant for staff (it seats 500). This is also the home of the press centre. The modernized old structure, with its generously glazed façade, provides an access point into the new tower, and a symbolic shift from old to new.

The entire project was designed with sustainability in mind: geothermal, rainwater harvesting and operable facades – which diminish the need for AC – are all central to energy saving. And also, to cost savings.