Why Every Great City Needs A Creative Director
As Toronto's mayoral race heats up, graphic designer Jason Logan has launched his own campaign: to become the city’s Creative Director. Here’s why he believes big cities like Toronto need design thinkers like him. 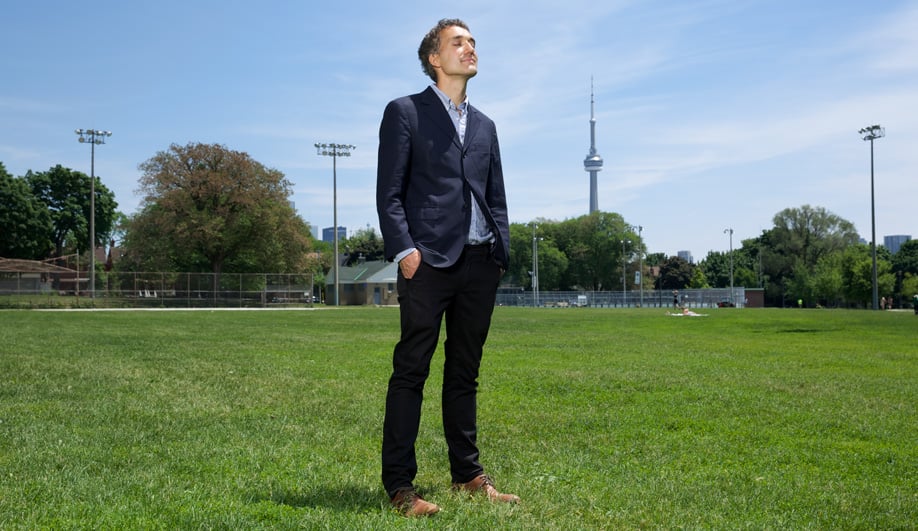 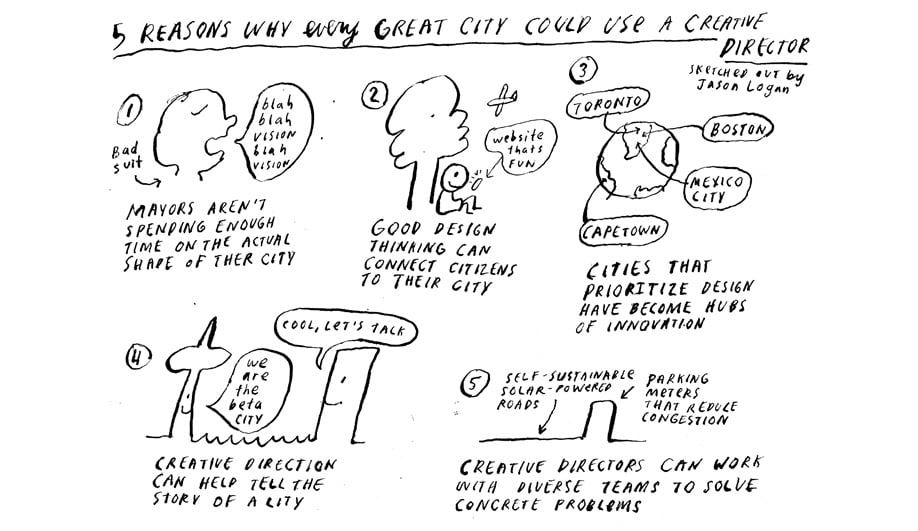 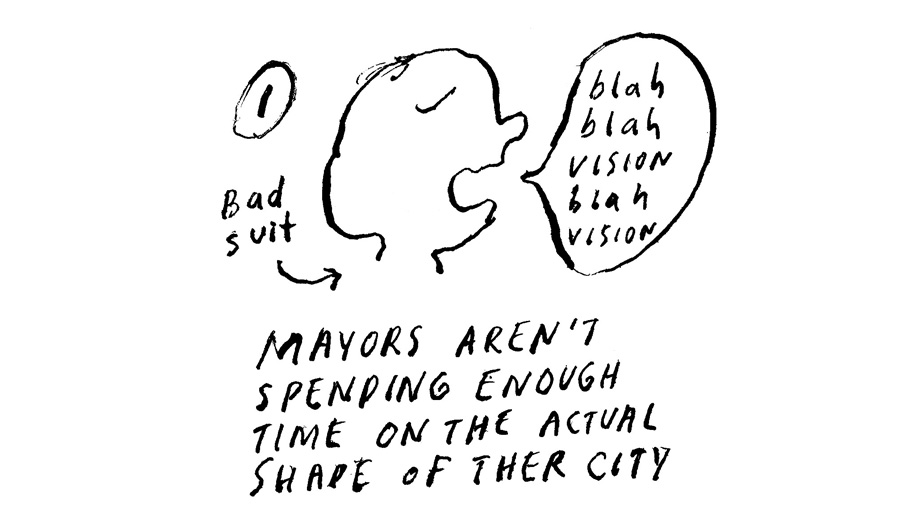 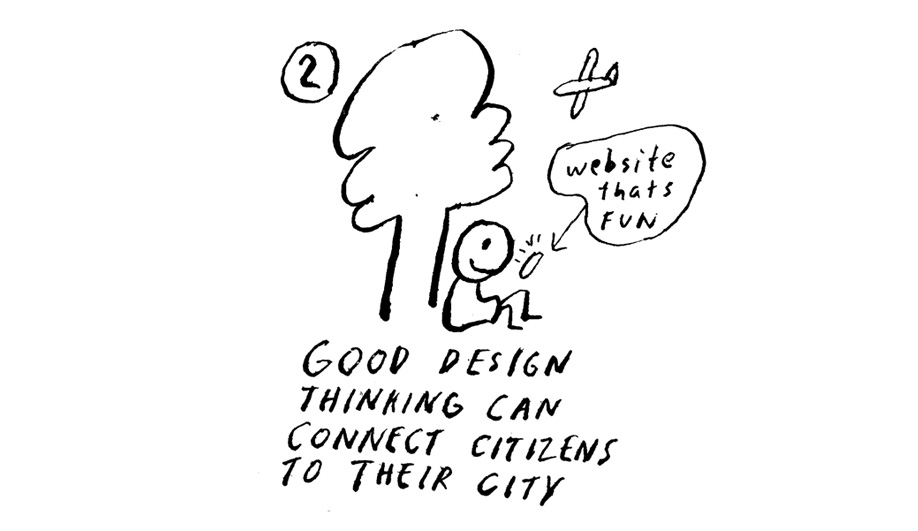 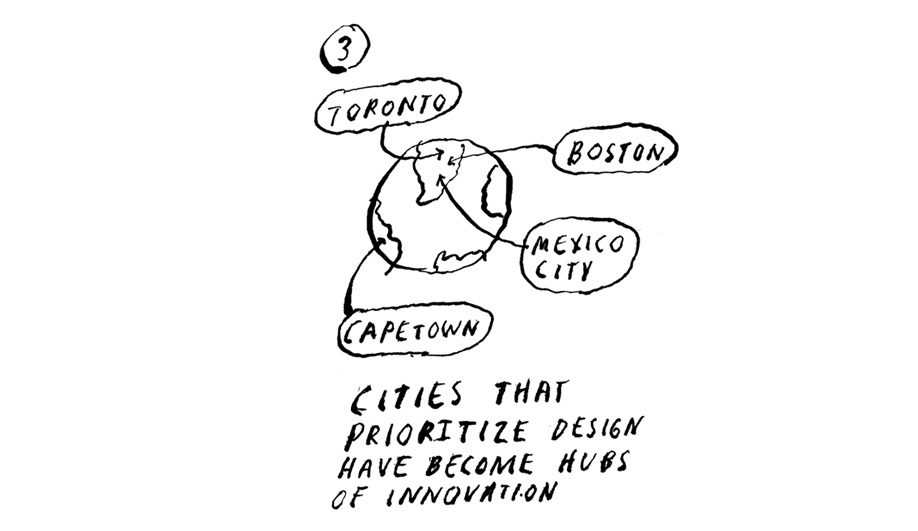 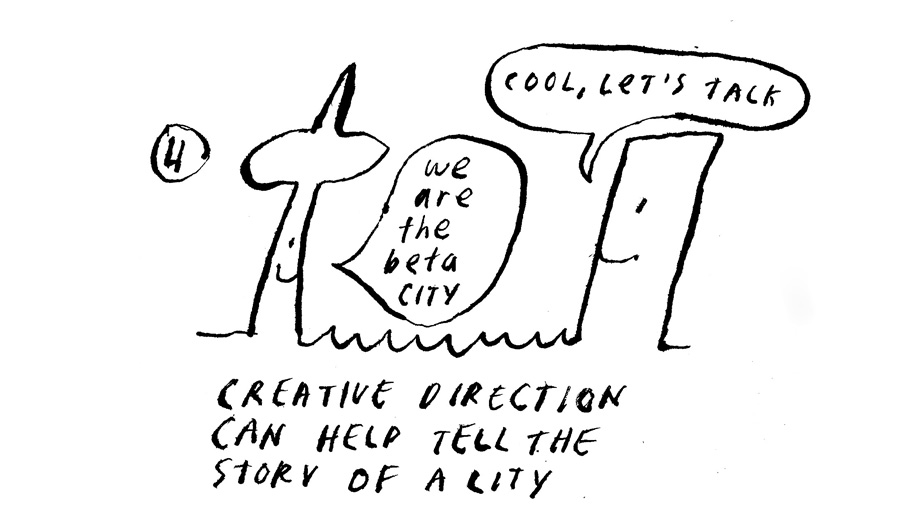 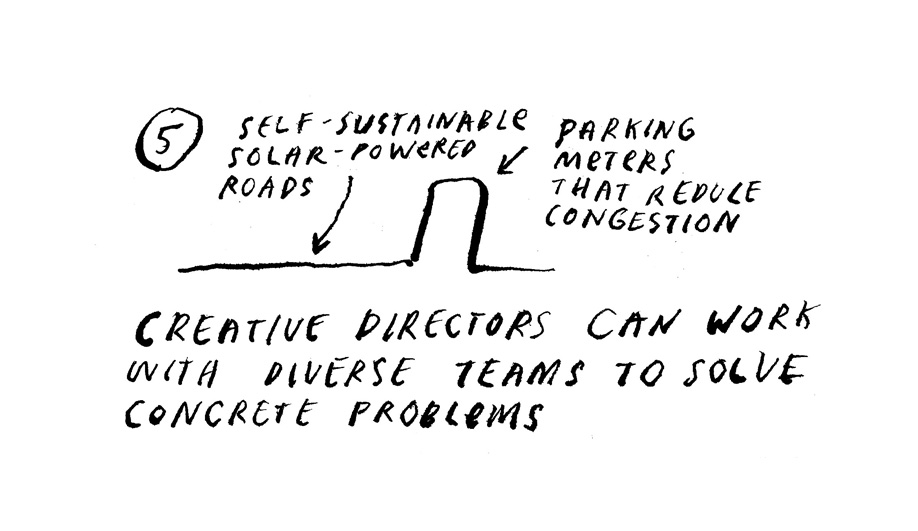 Mayor Rob Ford and his cracking-smoking habits have realigned how the world views Toronto. The city may still be admired for its politeness, but “Toronto the good” is no longer. It is also thriving on an unprecedented growth spurt, even while the mayor remains in rehab. Toronto now has more high-rises than Shanghai and Chicago, and skyscraperpage.com currently lists the city’s tall-building count as second only to New York, with 144 buildings under construction, and another 248 at the proposal stage.

These realities underpin the reasons Jason Logan, an award-winning graphic designer with no political background, has decided Toronto is ready for a creative makeover, and that he is the ideal candidate to fill the job.

The position does exist in other metropolises. In 2004, Manchester, U.K., appointed for its Creative Director Peter Saville, a graphic designer famous for his album covers for Joy Division. In Mexico City, curator and artist Gabriella Gómez-Mont is now heading up the year-old Laboratorio para la Ciudad (City Laboratory), a position inaugurated by the mayor to help foster civic innovation and urban creativity.

Logan’s graphic design background may actually fit the job in ways that are not obvious at first. Prior to launching his bid for the new title, he was the creative director of Rogers Publishing, overseeing the rebranding of over a dozen newsstand magazines. “I had to find a way to make macaroni and cheese exciting again,” he says, of figuring out how to reboot the company’s flagship women’s magazine, Chatelaine, after a critical drop in subscribers and advertisers. It took five years, but the magazine is now back on top.

Tonight, Logan is kicking off his campaign with a roundtable discussion, being held at the Theatre Centre in Toronto. Azure grabbed a few minutes of his time to discuss why he wants to embed design thinking into municipal politics. Logan also sketched out for us five of his key talking points.

Why do you want to be Toronto’s Creative Director?
The title is important. It’s not the same as a cultural attaché, for instance. The idea of having a singular person in charge of the office, and of bringing all the arts, including design, into a dialogue with city hall, that is what is important to me. My goal is to get design out of its niche-ness; I want it to be at the beginning of serious topics.

It sounds feasible with the right mayor. Would it work with a mayor like Rob Ford whose main concern is cutting budgets?
Theoretically, any mayor could be interested in the idea of mobilizing creative thinking. It’s something that could cross all spectrums. Visual thinking is a route to making things work better. If a mayor can see that designers know how to make things work in a more economic way, then we’ll have a better, more efficient city.

The idea of design equals efficiency, equals savings is still pretty abstract for many people. It still remains a hard sell to a vast majority of the voting public.
I don’t think it would be hard to sell the idea to Apple users for instance, and if everyone who has an iPhone in Toronto believes in me, I could win statistically. A forward-thinking mayor, whomever that may be, even Rob Ford, could embrace the concept that good design leads to efficiency.

Are you campaigning to create an office, or are you campaigning to fill the position?
I want to do it all, or at the very least, start the conversation. If someone huge, like Drake, wants to step up and do it, then I will step aside. I’m campaigning to put myself there so people will think, okay, here’s a guy who has a bunch of ideas, what’s he offering?

Why now?
Toronto is really ready for this. Every week the city seems to expand. People are coming here from New York just to eat in our restaurants, so it’s time for designers to be sitting alongside city budgeters and planners. Every time there is some budget issue where someone is saying, “What are the logistics of that?” or, “Do we have the money?”, there should be a creative person at the table saying, in a happy voice: “What if we did it this way instead?” For instance, maybe we should create a better website where citizens can input their ideas and join the conversation of running the city. There are so many ways to get people talking to one another.

What are you hoping to accomplish if you win?
I want politicians and other people who are not directly connected to the arts to consider how significant design actually is. Primarily, the city needs a way of defining itself. For instance, we could be known as the Beta City, the place where things are tested out.

We need a tagline….
Yes, and one that will make sense to many people. Nintendo launched in Toronto because they realized every single nationality is represented here, which makes the city a terrific testing ground. Theoretically, you could have every company in the world launching and testing things here. If one accepted that notion, then all of a sudden 3M, for instance, is interested in creating our, let’s say, street lighting network, and then suddenly you’ve got state-of-the-art technology that could cost half as much, because they are testing it out before selling it to a much larger market like the U.S.

I believe when you have a story, you have a much better idea of what you are doing. If there is a clear direction, it can give a city power.

Besides budget cuts, the city is obsessed with congestion and the lack of public transportation. How could design thinking solve problems like these?
I have a few ideas for solving the congestion problem. For one, we should have highway lanes that are just for small cars. When I’m on the highway I see many cars with just one person in them, and sometimes it’s me. If drivers held up in traffic see these little cars zipping along devoted lanes, they would likely start thinking about buying a Smart car.

Another idea is asking IBM [who has collaborated with Streetline] to use Toronto as a testing location for its smart parking metre, which I consider to be a perfect solution for curbing congestion. A large portion of driving is spent looking for a place to park. Smart metres talk to each other, they talk to cars and roads, they are actually in conversation. They can tell drivers where an available parking spot is. It’s an expensive system but not as expensive as building highways.

These are some of the ideas I want to bring to the conversation. Toronto is a city that’s growing, so why not design it smart?